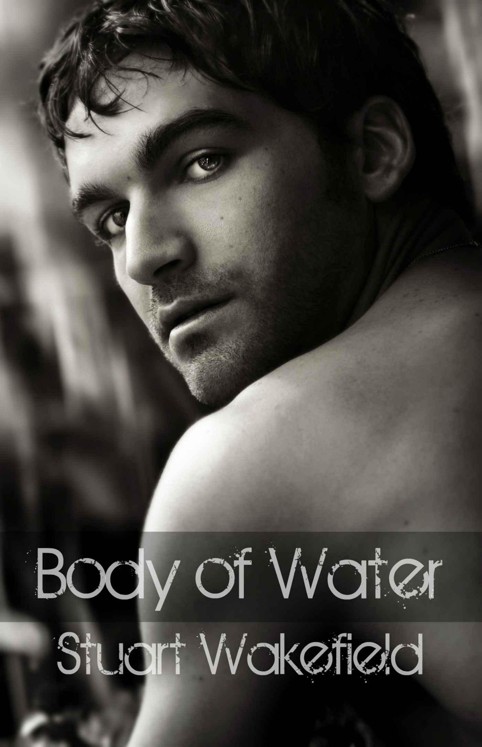 An ocean of thanks to:

My wonderful family and friends, for all their love and support.

Kate Tenbeth, Jane Lomas and Brigid Makau, my fellow bulbs who shone brighter when my own light flickered.

My long-distance pal, Laura Lee Price, for spotting the typos I missed.

Mara Ismine, for reading it of her own accord and giving me some great advice.

This book is dedicated to Terry,

She sat on the empty beach, burrowed her feet into the warm sand, and looked out across the sea. The setting sun seemed to bubble in the water, sending out ripples towards the shore.

From the moment she had discovered her pregnancy, her attraction to the ocean had been so powerful that it overwhelmed her. A water birth was all she could think about apart from getting away from her husband, Mackay, the knight in shining armour who had proved to be a metal-plated misogynist.

Mackay was aggressive and controlling, but she had been determined, as was the custom in Orkney, to conceal her birth from the evil spirits.

If only she had succeeded; Mackay wasn't the father.

Reaching up to her chest, she held the star sapphire pendant in one hand. In the twilight, the way the stone reflected sunlight wasn't visible but she didn't care; holding the stone made her feel closer to the only person she had ever trusted in her mortal years, and she drew strength from it in her darkest days.

She wondered what its original owner would have made of the leather thong threaded through the pendant instead of the beautiful metal chain it had once hung from. Shuddering, she recalled the moment when the chain broke. Mackay had discovered the pregnancy and, knowing he could never have been the father, grabbed her by the throat and punched her until she fell unconscious. The chain broke when she sank to the ground.

Today had been unusually warm and her dress felt as heavy as her mood. Cool evening breeze dried the sweat on her brow but she still felt uncomfortable.

Deciding that the beach would remain empty for the time being, she wriggled out of the garment. Free from its weight, she felt as light as the gentle wind that now lifted and curled her blonde hair around her neck and shoulders.

Her tummy rumbled. She had forgotten to eat again. This had become a common occurrence in the past few days while she plotted her escape. A new life with her baby, far away from the island, seemed possible. The only thing that kept her here, pinned her down to this place, was the ocean's pull. Its pull was strong.

That rumble again, slightly painful his time. She drew her knees up to her bosom to ease the discomfort and felt a sudden wetness between her thighs.

Her anxious heart pumped hard and her breathing quickened. She reached out for her dress but another cramp doubled her in two. Incredible pain blurred her mind. What should she do? Call out for help? She doubted anyone on the cliff-top would spot her down on the beach, let alone hear her cries.

She had a ready-made birthing pool right here but she hadn't planned on being alone. Would He come for her if she entered the water? She needed a midwife. She needed protection.

The next cramp unleashed her voice but the only response was her own cry reflected from the cliff behind. She would have to take care of this herself.

Raising herself up onto her elbows, she shuffled her swollen body, feet first, towards the water. The exertion made her sweat anew but she only had a few yards to go before her domed stomach was partially submerged.

At once, the water relaxed her, allowing her to turn her focus inwards. She concentrated on pushing, remembering what she had learnt from the one local woman who knew of her condition.

Sensing that something had changed she opened her eyes again. It was dark, but so soon?

The water was completely still. The ocean, once bursting with movement and sound, now stretched out before her like ink on a mirror, reflecting the newborn stars above. Even as she laboured in the water, the ripples only spread a couple of inches before dying out.

She had seen this once before.

Two lights winked into existence just beneath the water's surface, the same colour as her star sapphire in daylight.

He was here, watching her. Waiting.

Feeling sudden warmth on her chest, she looked down to see her pendant shine, illuminated from within. Its rays emanated gently from the stone's core.

She had been right about its power; the effect soothed her. Smiling, she laid back and let the warmth envelop her body. She imagined the midwife with her now, holding her hand, giving her gentle encouragement and calm instruction.

The water came alive around her and quietly carried her body further out. Just a few feet from the sand she felt it working around her, applying mild pressure to her abdomen. A few feet more and her uterus opened. She closed her eyes again, feeling the new efficiency in her body. The living water did not scare her; the ancient magic was at work.

Time passed and her miracle was complete. It had taken longer than she realised; a thin slice of sun peeked over the horizon, the first thing to bear witness to the birth of her baby boy.

She floated on the surface and the boy lay across her chest. Warm water caressed them both, cleansing their skin, soothing their cries and separating them. The warmth felt like love itself and it teased out the human emotion she had fought so hard to cultivate. She cried for her pain at the hands of a man who never loved her, for the inexplicable guilt at wanting to leave this world, and for what she knew was about to happen.

He broke the surface of the water a hundred yards from where she floated. In one movement, she turned to her side, her legs sinking beneath so she was upright, and her child was cradled against her breast.

She knew what He wanted.

The boy arched in her arms, eager to be free. She hesitated for a moment, fearing not only for his safety, but also for her loss.

She thought about the life the child would have with Mackay as a father and released the boy. He darted through the water towards Him, making an unfamiliar sound with what seemed like greater and greater excitement.

Finally, the boy reached Him. Seeming satisfied that the boy was in a healthy condition, He swam towards her.

As soon as He had appeared, she'd recognised Him as the man she had found unconscious on the beach. His skin had been as deathly pale as the sands on which His body rested. Shocked to see a stranger washed up on the shore, she had immediately wrapped Him in her coat before trying to revive Him. His hair, black as jet, clung to His neck and, having tucked it behind one ear, she had been stunned to find three small slits in His neck.

Propping Him up against her, she spoke urgent words of encouragement into His ear. She breathed in His scent, pure as the ocean she loved.

He had regained consciousness after some time, distressed to find Himself on land. He breathed instinctively through the slits in His neck but this made Him dizzy. She persuaded Him to breathe through His mouth to keep from passing out again. In broken English, He explained to her that He had been caught stealing and cast out of His underwater community.

She had promised to return each day until He was strong enough to go back to the ocean.

The day He left, she had swum out into water with Him. They made love then; a love that she had borne inside her since.

He was close now, treading water before her. His eyes blazed blue even in the daylight, His sneer communicating His disgust even before He spoke. "You have spent so long living as one of them that you have forgotten who you are."

"You are mistaken. My mind is like water and, although my memories are diluted, they are never truly dissolved. I remember myself now, as I remember you. I shall return in time but for now you may take this child and care for him."

He changed then, shifting from His human form back to the creature that she had fought through the ages. "I will wreak havoc in your absence!" He cradled the child in one arm and struck the water with His free hand. Immediately the ocean began to churn around them. Clouds rolled in to fill the sky and lightning struck the shore.

The deafening roar of thunder did nothing to alarm her and, even as the water rose up around them, creating a huge circular wave, she did not flinch. With a sweep of her hand the water calmed. "You always did, my love, and you always will."

Too angry to speak, He took the boy and left.

Alone again, she began her swim back to the shore.

The discovery of her clothes on the beach was enough for the authorities to conclude a verdict of accidental death.

But one woman knew better.

Every night I have the same dream.

I am five years old and full of fear and anger. The sun burns down on me as I stand on the crispy grass in front of the children's home. The man who lives across the street is running towards me, shouting. Spittle foams at the corners of his mouth, like an animal. This fascinates me. My mouth is dry. My lips feel tight and sore. I wish my mouth was wet like his.

No, he is not running towards me. He is running towards the dog lying at my feet. His big, scary dog that always barks at me. It is not barking now. It is still. I know I stopped the dog and I smile at my triumph.

"He's dead!" The man begins to cry and struggles to lift the dog into his arms. I want to touch his face. He looks at me and gasps. The man looks scared and I enjoy his fear.

The dog's head slips from the man's arms and water pours out of its mouth onto the yellow lawn.

I hear someone come out of the house and soon their hands are on my shoulders, guiding me back inside.

My real mother is the person who takes me back inside the house at the end of my recurring dream.

I am as sure of that now, just as I was as a child, even though the staff at the children's home couldn't answer my questions. All they would say was that she gave me up for adoption and promptly disappeared.

Ruth, the woman I would later call Mum, came into my life years later when she volunteered to foster me.

Ruth was always different from our very first meeting. When she smiled, she did so naturally, whereas so many women before her had looked uncomfortable. They'd been warned in advance. Michael, as I was known then, was difficult and, no doubt, different.

"I'm Ruth." She sat down, not opposite me, but to the side. Her unusual accent caught my attention at once. It was a bit like mine.

"Where are you from?"

A Matter of Souls by Denise Lewis Patrick
A Wolverine Is Eating My Leg by Tim Cahill
The First Time by Joy Fielding
Crusade Across Worlds by C.G. Coppola
Reap by James Frey
A Heart So Wild by Johanna Lindsey
I Kissed a Dog by Carol Van Atta
The To-Do List by Mike Gayle
Trusting a Stranger by Kimberley Brown
Stir by Jessica Fechtor
Our partner