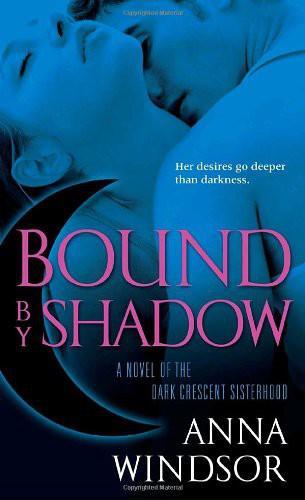 This book—and my career—exist because of your help.

“Sixty-third. Sixty-second.” Andrea Myles squinted through oversized sunglasses as she wedged the Crown Vic through New York traffic. “We’re here. And I didn’t say Riana was weird. I said she was unconventional.”

Creed Lowell struggled to keep the growl out of his voice. “She’s some kind of psychic, isn’t she? Riana Dumain. Sounds like a television tarot reader.”

“She’s not a tarot reader.” Andy braked and slipped into a rare parking space alongside Central Park. “She’s a scientist who studies…unusual things. She and her two cousins. They’re like private investigators.”

“And she’s my friend, so you better be nice to her.”

“And?” He drummed his fingers on two thin, unmarked folders stacked between them on the Crown Vic’s front seat.

“And she’s not like the women you’re used to.” Andy rubbed a hand across her forehead, moving a shock of red curls. The other hand twitched on the steering wheel as she shut off the engine. “Ri won’t be a sucker for your good looks.”

“And?” He gave the unmarked folders another meaningful tap.

She sighed. “All right, all right. I think she’ll be able to help on the Latch killing.”

“But maybe Ri can tell us more about the knife wounds on the boy’s body. Those blade marks the M.E. can’t identify, and the freaky symbols all over the floor, too.”

Cabs, buses, and cars whizzed by on the crammed street, sending plumes of exhaust into the morning air. Creed glared at the bits of smoke as they drifted over the sidewalk.

A psychic. Great. Rats and roaches are more useful.

He’d never met a real psychic, but that didn’t mean real psychics didn’t exist. Creed avoided anyone who claimed any kind of mystic title, anyone who might have the slightest bit of enhanced perception, and he advertised his sarcasm as often as possible so the NYPD wouldn’t stuff a psychic down his throat.

No mediums. No seers. No sensitives.

I don’t need that kind of risk.

But here he was, taking that risk because of Andy. He couldn’t say no to the woman. Well, actually, Andy didn’t hear the word
no
, didn’t understand the concept of
no.
Maybe it was her Southern upbringing, or maybe she was just crazy and he had to humor her. Most days he wasn’t sure. Next to his own solve rate, Andy had the best record in New York’s low-profile Occult Crimes Unit. So, crazy or not, it was usually a good idea to listen to her.

Creed sucked air through his teeth in frustration. “The FBI came up empty with the blade marks and the symbols. How can Riana Dumain possibly one-up the federal databases?”

When Andy didn’t respond, he added, “The OCU can’t touch the murder of a senator’s kid—especially a senator who almost ran for president last election. The press would murder
us
.”

Andy glared over her sunglasses. “It’s not out yet, and you know it. The press is busy covering the break-in at the Met. That Russian history exhibit that got torn apart—Volgograd, or something like that? And get over yourself, Creed. Ri might help us find a child-killer while the trail’s still red-hot. Who cares if we have to stay off the grid and give credit to Homicide?”

“She’s a psychic and you’re just not telling me,” he grumbled as he got out. Cool morning air chilled the sudden sweat on his face. While Andy fumbled with the folders and keys, Creed stretched and gazed across the sidewalk, over the stone wall surrounding Central Park.

Autumn hues shimmered in the fresh, early sunlight. He stared at the reds, yellows, and greens, stilling his mind, turning loose his formidable senses. Time seemed to slow, but Creed knew it was only his thoughts getting faster, speeding out of normal human rhythms.

His nostrils flared at city smells, morning smells, park smells, building smells. The pungent sweat of the horse hitched to a nearby hansom cab made his eyes water. Light and color forced him into a squint, and his ears wanted to shrink from the cacophony of traffic and birds, footsteps and talking. He could taste car exhaust on his tongue, feel the rush of passing cars and crowds and the wind on his face. New York. The Upper East Side at rush hour, yes, but nothing unusual. No twist of reality. No scent out of place, at least not in the few miles he could sense most clearly.

Fighting to keep his balance and his sanity in the onrush of sensory information, Creed turned to face Andy. To his unleashed perceptions, she seemed to be moving at one-quarter speed, extending the remote to arm the sedan’s locks.

Creed looked past Andy, to the brownstone matching the number Andy had given him—the place where Riana Dumain lived. Five steps up to the front door. Three floors. White curtains.

Odd, but the energy around the building felt flat—or rather, dense. Thick, like the bark of an ancient tree. Even more odd was the fact he couldn’t see through those white curtains, even though they appeared to be lace. He narrowed his eyes and increased his focus, but he still couldn’t see through the openings in the lace.

On the third floor, one of those lace barriers twitched. A shadow moved past, just a flicker of darkness, so fast it almost escaped Creed’s enhanced scrutiny. The signet ring on his right ring finger hummed against his skin, hot and urgent.

He glanced down at the ring.

A hot, solid wave of energy slammed against his expanded thoughts.

Creed’s head snapped back from the rush of power. His mind folded in on itself and his perceptions screeched down to normal speed so abruptly he almost stumbled. His ears rang. His jaw ached from clenching his teeth—and from—from what?

Had somebody really slapped him?

He rubbed the space between his right eye and his chin. Damned if it didn’t burn.

The beast inside him wanted to snarl and retreat, but he couldn’t let that happen. He was here in New York City with his partner Andy, poking around on the ritualistic murder of a senator’s kid. He was Creed Lowell, a detective in the modern world, and he had to do his job. He had to atone, and keep atoning, for as long as he lived. Forever.

He looked at the brownstone again as he hitched up his jeans and adjusted his leather blazer.

The curtains lay still against the windows, as if the house had its eyes closed, pretending to be asleep.

Andy tucked the folders under her arm. “You coming?” she asked when he looked at her.

Creed scrubbed his hand against his stinging jaw, then followed her as she wove through cars, cabs, and buses on the busy street. Andy pushed her sunglasses to the top of her head and raised her hand to use the big brass knocker, but the door eased open before she grabbed it.

Andy’s sharp stomp on his toe helped him focus.

The door opened a little farther, and a woman stepped into the morning sunlight. A tall, striking woman who looked like she’d just walked home from a fashion photo shoot.

Creed found himself grateful for the aches in his toe and jaw. Without the pain, his teeth wouldn’t have been clenched, and he would have let his mouth drop open like a stunned schoolboy.

Soft, tinkling music seemed to play from somewhere inside the brownstone. Maybe a radio with classical music, though it sounded more like distant church bells. The woman’s polished-jade eyes captured him completely as her loose black hair billowed in the breeze. Gentle curls brushed her lightly tanned cheeks, and the full shoulders of her brown cashmere sweater suggested an athletic build. The sweater tapered to a snug fit at her waist, and her black slacks and boots matched the sensuous, silky shade of her hair. Around her neck hung a long chain with a silver-and-gold crescent pendant. The sunlight glittered on the crescent moon and on the deep red of her nail polish. Her enticing lips, the same deep red and beautifully curved, parted ever so slightly, as if she was immediately aware of her effect on him.

He was only dimly conscious of Andy saying hello to her friend—
God,
what a friend—and then the woman spoke. Her words came out in a rich, slightly accented flow, that enticing kind of voice more appropriate for dark restaurants, candlelight, and fine wine than bright city streets at bright, early hours.

“So this is your infamous partner.” Once more, Riana Dumain’s jade eyes caught him in some invisible net. Creed felt the sound all over his skin, like gently traveling fingernails. “I was beginning to think you made him up.”

Creed knew he was supposed to say something. He tried not to look at her prominent cleavage and the obvious swells of her breasts, failed, then managed to gather himself enough to extend his hand and say, “Creed Lowell. Nice…uh…to meet you.”

Riana’s dark eyebrows lifted and she took his hand confidently in hers. When her fingertips brushed against his signet ring, she didn’t jerk away, but she sure as hell let go in a hurry. As the gold band warmed and vibrated against his finger, her open, curious expression turned shrewd, then guarded, and those relentless green eyes seemed to drill into his very essence. Creed leaned back before he caught himself, straightened up, and returned her stare.

She knows,
he told himself, and the thought made his chest tight.

Since his grandmother died when he was a teenager, the only living soul who knew about Creed’s true nature was the man who shared it—his twin brother Dominic—and he hadn’t seen Dominic in five years.

The beast inside him—the
other
—stirred in response to the threat, but Creed forced it down with a ferocious inner snarl. Riana flinched as if she heard the sound. For a long second, her eyes blazed. Her hands twitched as if they wanted to grab for weapons.

Creed actually found himself glancing at the ample curves of the woman’s hips for purely self-protective reasons. No holster. No unsightly bulges. His gaze traveled to her boots. Could be daggers in there, he supposed, but he could move faster than daggers.

Andy seemed cheerfully unaware of the tense undercurrent. When Riana Dumain stepped aside to let them in, Andy bustled past her without hesitation. Creed clenched his fists, feeling the warm, sharp pressure of his signet ring. The weird vibrating had stopped. Still, he didn’t want to walk past Riana Dumain and enter her sanctuary. Everything inside him, especially the
other,
screamed for him to back away, to leave this woman as he found her.

Her crystalline green gaze intensified, and her mouth opened slightly again, daring him to come inside and daring him to flee at the same time. She knew what he was, or at least that he was different, potentially dangerous—and she didn’t care. Not even a little bit.

Who is she, really?
What
is she?

The Way to Yesterday by Sharon Sala
Doom Helix by James Axler
Season of the Rainbirds by Nadeem Aslam
Zahrah the Windseeker by Nnedi Okorafor-Mbachu
A Winter Wedding by Amanda Forester
The Chronicles of Gan: The Thorn by Daron Fraley
My Rock #6 by Alycia Taylor
Legend of the Ravenstone by M.S. Verish
The Dervish House by Mcdonald, Ian
Enticing Her Highlander by Hildie McQueen
Our partner