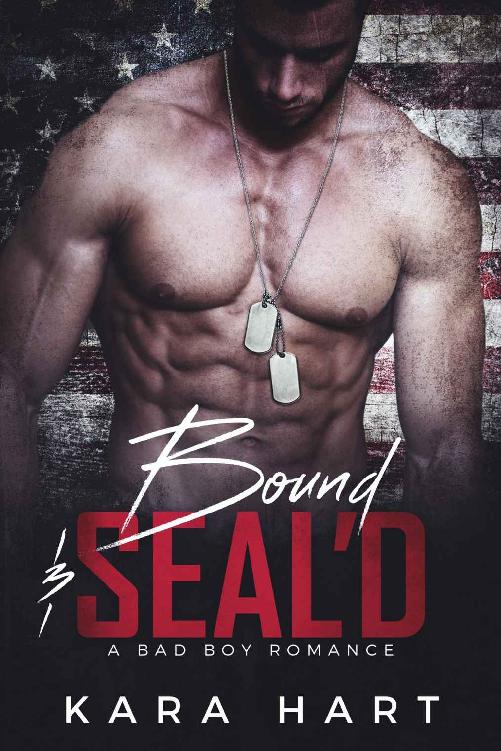 Thank you all so much for reading and supporting my work! You truly brighten my days :)

I
t starts
with my award and what I thought would be one of the best nights of my life. “For the most captivating piece… Lena Skye! Come up and accept your award. We’re so happy to have you on our team.”

A
round of applause
, a quick run to the stage, and I’m smiling and giving my thanks. I guess I shouldn’t make it such a big deal, but I’ve worked hard for this. I deserve a little celebration.

C
ut
to my ex-boyfriend drinking far too much. He leans against the wall of our boss’s house, smiling at me. “You think you really deserve that award?” he asks me. I don’t respond. We broke up yesterday and the wounds are still fresh, but I’m more annoyed than anything. Though, I know his angle. He’s going to do everything he can just to get back at me. Great. Because I deserve it, right?

C
ut to hours later
, when we’re driving home. He’s drunk, my sister’s drunk, and I’m stuck with the pieces. I’m doing what I always do, which is helping those who can’t help themselves. A friend once told me that’s a good trait of mine. I wish I could agree with them.

“
J
ulie
, what the fuck?” My voice cuts through the cold wind as my car zips through the freeway. We’re headed back from the big party.
My
party
, and my stupid sister is trying to wrap her mouth around my ex’s cock. He’s also my editor. Maybe I should’ve mentioned that sometimes I make some bad decisions. Even with the music playing at full volume, I can hear her jiggling his zipper and it's becoming harder and harder not to glance at her stupid bobbing head.

“
Y
our younger sister
doesn't approve,” he moans, eyes closed, with the smug look only drunkenness could create. “What's the matter, babe? Don't be so uptight.”

F
uck
! I can't believe I dated this asshole. I can't believe I offered to give him a ride home. I can't believe my sister would do this to me. I’ve been sitting with them all night, watching them flirt, and all I want to do is to get him out of my life. It's not like I liked the guy. He was gross and incredibly boring. That's why we broke up in the first place. But now he’s really proving himself to be a stand-up guy.

H
e didn't look so fucking
smug when he was crying, begging me to stay with him.

“
U
gh
. Gross.” The little laughing noises increase as he plays with the thick of her hair.

“
Y
ou guys
, I'm going to crash this car if you don't quit it!” My voice sounds shrill, unlike my own. I sound like…
oh, God,
I sound like my mother.

J
ulie is older
than me by six years. She’s kind of like a bad life coach. But she’s more like a good friend who makes a lot of bad choices. Still, her heart is in the right place. Plus, I can’t blame her for being a little wild at heart. Growing up in this town with our parents could really fuck a girl up.

S
he’s
the bartender and owner of her own bar, The Cat’s Bag. And she is one tough cookie. But when you get a little booze in her and throw an older, 40-year-old guy in the mix, she’s ready to be a disaster.

D
id all
the women in this town go through this shit? Or was it just me? I want to laugh. This is so fucked up that it is actually humorous. I look back at Elijah, see his face contorting, and his fingers threading through her silky unkempt hair, and I stop the car. I don’t care if I’m on the side of the highway or not.

“
W
ait
, I'm almost there. Just a few more seconds.” He
actually
says this to me. He’s showing off that familiar look a man gets before he's about to lose it all.

“
N
ope
. Out,” I say, unlocking the door. My hazard lights click against the silent night and the
whoosh
of the nearby cars.

“
W
hy is
your sister such a nag?” he whispers to her. I am half a second from completely losing it.

“
I
am not going
to let you do this. Not on my night,” I say, opening my car door and walking out onto the highway. A semi-truck honks its horn and I can’t help but scream curses into the wind as he narrowly misses running over my foot. From outside the car, I see Elijah’s relaxed arms move behind his head. He gives me an arrogant wink and starts laughing to himself.

A
lright
, that's the last straw.
This is the man who said he wanted to be with me forever. He is the bastard who said my writing was the best in the business. “You'll go far if you have me on your side,” he said to me. The man I thought I envisioned a future with.

I
pop
the trunk and start digging through the remnants in the back. Finally, I find what I’m looking for. My tire iron. Bright red, full of anger and annoyance, and ready to kill the son of a bitch who is essentially taking advantage of my sister, I scream “Get out of the car!”

T
he asshole locks
my car window. He’s now laughing while he flips me the bird, eyes still closed.

“
S
uit yourself
,” I mumble, winding my arm back. I may be a woman and I may be a wimpy journalist, but piss me off, and I’ll come swinging.

“
S
hit
!”
He scowls and pushes my sister away from him. “Your sister is fucking crazy!” She falls against the seat bearing a dazed smile on her face.

“
S
orry
, sis.” She moans, clearly way too drunk. I choose to ignore her as Elijah, bends down to grab his pants.

“
L
eave them
,” I say, laughing at the thought of him having to walk down this highway with nothing but a suit jacket on. It seems like the right dose of karma.

“
T
hose are my fucking pants
!” He looks like he is about to cry. Normally I would have felt bad, but not tonight. I am really gaining insight into this shit of a business and I don’t like what I am seeing. I can only imagine what the real newspapers were like.

“
D
o
I really have to tell you again? Leave them.” Holding the bat against my shoulder, I patiently wait for him to unbuckle his seat belt and exit the car.

I
get
in the car and take off, leaving that guy’s prick dangling in the wind. “Your window is broken,” my sister slurs at me, smiling like a girl in high school who just got caught drinking.
Oh, fuck. I am mom!

“
I
'll deal
with you later. Let's get you back home first,” I groan.
And then I'll cook you a meal and tuck you in. But you're grounded, missy.

I
’d have
to think about my next move later. Kicking the editor of the paper out on the side of the road is probably not the best career move and neither is dating the fucking editor. I guess bad choices run in the family. Smashing my window and threatening him with violence probably wasn’t so smart either. But right now I am focused on getting home.

W
ho could blame
me for getting angry?

O
nce home
, I help my sister into bed. She’s drunk enough that she’s asleep as soon as her head hits the pillow. Satisfied that she’s settled for the night, I go sit out on the porch and cool off. It’s one of those nights where the clouds block out all the stars.
Figures.
The fire pit is still smoldering from earlier in the night.

A
t this point
, I need something big to feel better about tonight. I got my first award: “Most captivating piece.” That had to count for something, right?

I
hold
Elijah’s pants in my hands, dangling them over the fire. His wallet shines in the back pocket like a beacon of destruction for me. “Whoops.” I drop it into the pit.

I
t all goes
up in flames. Story of my life. “To new beginnings!” Julie apparently had enough sleep already, and she runs toward me stark naked, tits flopping around and everything.
Oh, God. The neighbors.

“
G
ood
! Let them watch!” She’s cackling loudly and running wild.
Oh, Jesus.
Her clothes are in her hands and I watch as she throws them into the fire. “To new beginnings!” she shouts. Apparently she found her new catch phrase.

T
hen “Join me
, sister! Be free!” She falls, laughing to herself. Be free. If only I could.

“
O
h
, fuck it.” I announce, quickly walking inside the house to grab my plaque. My greatest achievement. A fucking plaque. It wasn't long before I was running back outside, toward the open flame.

I
throw
the plaque into the flames, take off my shirt and pants and throw those in too. “To new beginnings,” I declare.

T
o new men
. To doing whatever the hell I wanted to do. I’m always the responsible one, the goody two shoes. Not anymore.

I
want
my life to change. I want to watch my old life go up in flames.