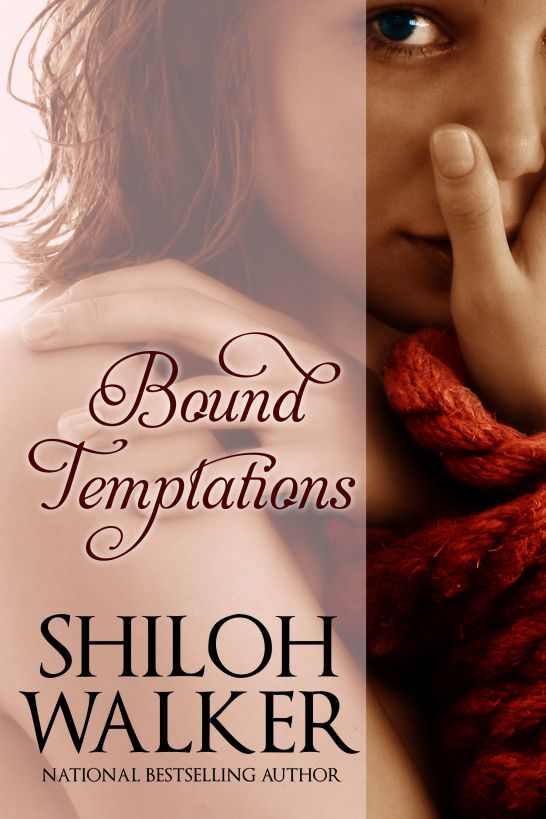 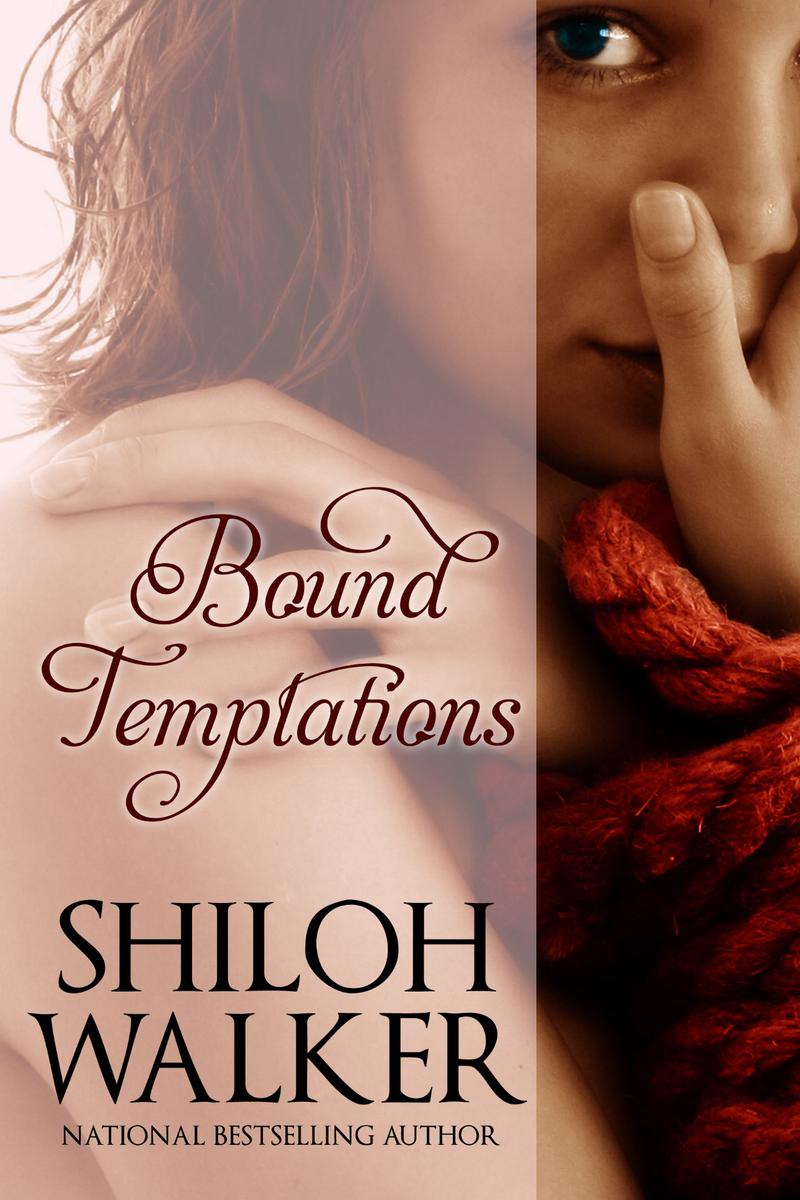 An Excerpt from Beg
Me

What Drake wanted most was a
beer, a dark room and silence.

At least that was what he’d
thought.

Until Tania walked
in.

They’d had two dates that
week. A movie on Tuesday. Dinner on Wednesday. And Monday. He
couldn’t forget Monday if he tried.

They
hadn’t had anything planned for today, though. Right now, Drake was
trying to figure out
why
. Just looking at her made everything
better.

Her heels rang on the tile
floor as she stopped in the doorway. “I saw Lou leaving on my way
in. He said he was locking up. Everybody else gone?”

“
Yeah.” He leaned back,
smiled at her, although he knew it was probably tired and strained.
“I was going to call you later, see if you want to go out
tomorrow.”

She licked her
lips.

His heart skipped a beat as
she reached up and trailed a fingertip down her neck, pausing at
the deep vee of the coat she wore.

It stopped just above her
knees.

Just about the same shade as
her heels.

Just about the same shade as
her lipstick.

She’d twisted her hair up
into a complicated twist that left her neck bare, and pretty gold
spirals hung from her ears.

“
You look awful nice
tonight,” he said, his voice strained. “Maybe I could shower. Take
you out tonight. Since you dressed up.”

“
I didn’t dress up to go
out, Superman,” she murmured.

His brain went all hazed and
hot.

Then she straightened away
from the door and reached for the belt of her jacket.

All the blood in his head
drained away as he realized she was naked under that thing—naked
save for a pair of red lace panties and those oh so sexy fuck-me
shoes.

He swallowed, curling his
hands around the armrests of his office chair. “You didn’t,
huh?”

“
No.” She remained standing
there, the coat open, revealing her to his hungry, hungry eyes.
“You said the rest was in my control. Well…here I am. And I’m
giving the control to you.”

This book is a work of
fiction. The names, characters, places, and incidents are products
of the writer's imagination or have been used fictitiously and are
not to be construed as real. Any resemblance to persons, living or
dead, actual events, locale or organizations is entirely
coincidental.

This ebook is licensed for
your personal enjoyment only. This ebook may not be resold or given
away to other people. Please note that if you purchased this from
an auction site or blog, it's stolen property. Thank you for
respecting the hard work of this author.

This book or any portion
thereof may not be reproduced or used in any manner whatsoever
without the express written permission of the publisher except for
the use of brief quotations in a book review.

Other books by Shiloh
Walker

Dedicated…as always with
love to my husband and kids. Love you…

Silk, satin and candlelight.
Decadence and romance. That was the image she was going for in the
window display of her lingerie store, Lush & Lace.

They still had some long
winter days ahead, perfect for cuddling in front of a fire, perfect
for candlelit dinners. With just the right amount of dim light and
the heavy, red velvet drapes, she knew she could get the right
feel. It was all there, in her mind's eye. Silk, satin and
candlelight.

In Roxanne Monroe's mind,
there wasn't anything sexier.

Well, maybe silk, satin and
the feel of a man's hands as he stripped them away...in the
candlelight.

But she didn't have that
now, hadn't had it in quite some time. At least not outside her
imagination or the pages of a book. She wasn't bitter anymore.
After all, she'd had more love in a few years than some women had
in a lifetime. She wasn't entirely aware of the sad smile curling
her lips as she stood in the window, fitting a corset around the
waist of a mannequin.

It was a glimmering,
lustrous ivory, pale and perfect. As she fastened the busk, she
paused to stroke the silk and smile. She'd spent weeks trying to
find the perfect material—it had to be the right shade, the right
weight and the right cost. Everything had to be just
right.

Being sexy shouldn't break
the bank, not in Rocki's mind, but a real corset wasn't cheap to
make, especially the steel-boned ones.

A soft, musical tone filled
the air, signifying that someone had just come through the door.
"Just a minute!" She did a quick fix on the corset and then hopped
out of the window, a smile set firmly in place.

Back in high school and
college, she'd had some idea of going into theater. Then it had
changed to costume design. But it was the background in drama that
served her well in these moments.

Because the first look she
got at the man was almost enough to lay her low. It hit her like a
fist in the heart… and lower, all heat and shock. She ignored the
little tug she felt in her heart and instead focused on the way her
belly went all hot and tight. That was lust, pure and
simple.

Let's hear
it for lust
, Rocki thought, biting her
cheek to keep from smiling as she studied him.

He was, in short,
beautiful.

Blond hair—the kind a
romance writer might call wheat blond because it wasn't just one
shade of gold, but hundreds—tumbled into his eyes as he glanced
down at the woman with him. His skin was tanned, even this far into
winter, and somehow Rocki didn't think it was from a tanning bed or
anything artificial like that. She wondered just what he did to
stay so sun kissed. Speaking of kissing, he had a mouth that was
made for that, for kissing all sorts of things. Another mental
image that made her knees go weak.

That's what he
was.

And she firmly pushed him
into that little mental niche—he needed to be there, anyway. He had
a woman with him, right?

Rocki shifted her gaze to
the woman just as she gave Rocki a dismissive glance.

Rocki felt her spine
stiffen, barely resisting the urge to narrow her eyes and give the
bitch a scathing once-over. The woman wasn't even bothering to give
Rocki one—she'd already made her decision and done her
dismissal—rude, that. It wasn't anything Rocki hadn't dealt with
before and she didn't give a damn.

But if the bitch was going
to be that condescending, why was she in here?

Maybe it was hormones. Maybe
it was the woman's snide attitude.

Leaning against the wall,
she hooked her thumbs in the front pockets of her jeans and gave
the man a whimsical smile. "Is there anything I can help you find,
sir?"

She had the darkest,
brownest eyes Cole had ever seen.

An elbow jabbed into his
side and he looked down, meeting his fiancée's gaze. By society's
standard, Mara O'Keily was a beautiful woman.

Hell, even he had to admit
that she was.

Sometimes, though, she left
him cold. Lately, it was getting worse. It wasn't so much a case of
pre-wedding jitters—they hadn't even set the damn date yet. Mara
wouldn't exactly say why, either. First, they had to find the right
ring—the one he'd chosen hadn't been. Then, she couldn't find the
right dress—that had been an ongoing ordeal for over a year now.
She also wanted them to have their own home built. But after Mara
started showing him some of the ideas she had, Cole had decided
that would be a better project left 'til after the
wedding.

He had no problem investing
money in a house, but she wasn't thinking in terms that simple.
Mansion was more like it. And outrageous and expensive didn't even
cover the potential cost. Yeah, he had money, but that didn't mean
he wanted her throwing it away.

Especially because lately,
she was making him wonder just when there was going to be a
wedding. Or if.

Still, he was engaged, and
Cole didn't take that lightly. He stroked a hand down Mara's back
and tried to remind himself that he wasn't there to ogle the
brunette salesclerk.

He'd seen her when they were
walking down the sidewalk. Hell, he'd noticed her before today.
Weeks ago, really. But today, Mara had insisted on coming into the
store, Lush & Lace. Cole had tried to talk her out of it, with
no luck.

Mara was determined to get a
look inside because her own lingerie store was opening a couple of
blocks away next month. She wasn't quite hitting the ambience the
owner here had managed, either. Mara's store,

Divine, was sleek and silver
and modern—hell, just like Mara, it was cold.

This place, though, it was
just like its name.

Lush. He glanced back at the
brunette and couldn't help but think it described her as
well.

"We'd like to speak to
whomever is in charge," Mara said, her voice taking on that tight,
prissy tone she managed just a little too well. And a little too
often lately.

The brunette lifted a slim
brow and her mouth curled in a smile. She had a mole, Cole noticed.
Right by her mouth. And damn if it wasn't sexy as all get-out.
Dragging his gaze away from her mouth, he made himself focus on her
eyes. And he wasn't the least bit surprised when she said, "I'm in
charge."

Mercy's Destiny: Montgomery's Vampires Trilogy (Book #3) (Montgomery's Vampires Series) by Sloan Archer
Wild Magic by Cat Weatherill
Love of the Wild by Susan Laine
A Tale Without a Name by Penelope S. Delta
The Heartbroker by Kate O'Keeffe
Hannah by Andrea Jordan
A Company of Swans by Eva Ibbotson
A Walk with Jane Austen by Lori Smith
Artesans of Albia: 01 - King's Envoy by Cas Peace
Hush: An Irish Princess' Tale by Napoli, Donna Jo
Our partner