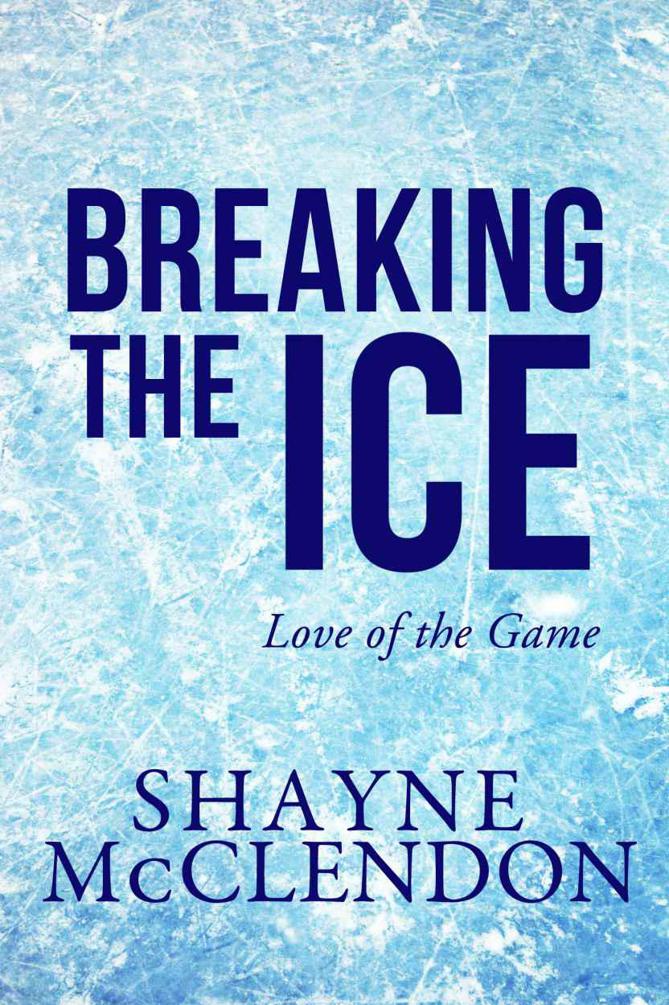 Love of the Game

No part of
this book may be reproduced or transmitted in any form or by any means,
electronic or mechanical, including photocopying, recording, or by any
information storage and retrieval system without written permission from the
author and publisher.  This is a work of fiction.  Names, characters,
places, and incidents either are the product of the author’s imagination or are
used fictitiously, and any resemblance to actual persons, living or dead,
business establishments, events, or locales is entirely coincidental.

In the Service of Women

A Little Bit Country
– Volume One

Permission to Come Aboard -
The Great Outdoors

A Sunny Heart –
The Great Outdoors

Embrace the Wild –
The Great Outdoors

Ready to Rumble
–
Love
of the Game

Somebody
–
A
Little Bit Country

Sports have always
been a big part of my life.  I love to watch them (though those pesky “rules”
sometimes escape me and I have to be told, “relax…they’re allowed to do that”),
scream through them, argue over them, and ogle professional athletes.  Most of
the men I’ve known in my life have been into sports – my brothers, my friends,
my hubands, and my son.

I played softball and
ran cross-country track but I never had the dedication true athletes seem born
with.  I didn’t really care if I won or not, I just did it for fun.
Blasphemy
to true devotees.

How you play is just the beginning…

This is the first novella in my collection
“Love of the Game” – a four-part series of stand-alone novellas that feature a
lead character involved in professional sports.

Time to Make the Doughnuts – Football

I
hope you like reading them because they were a lot of fun to write!

Time to Make the Doughnuts – Excerpt

Diesel LeBlanc skated to the edge
of the huge frozen pond to watch her.

The rest of the guys had taken
off an hour before; exhausted after eight hours of hockey practice and drills.
He’d stayed behind, always pushing himself.

It was winter break, he was home
for a few weeks from college before classes started up again.  Most of his
friends played for college teams.  There were a few of his old high school
teammates who hadn’t gone to college, but they still played locally and liked
to stay sharp.

When he was home, they spent a
lot of time on the ice.  During the summer, they used the rink in town.  Winter
meant fresh air and sunshine on one of the many ponds near their hometown an
hour outside of Fargo, North Dakota.

She drove up in a banged-up Silverado
and parked in the plowed area about an hour ago.  She got out wearing a ski
jacket with her skates over her shoulder.  On a fallen log, she took off soft
boots and laced up her skates.

Diesel watched as she gathered
her long brown hair into a ponytail and stepped confidently out on the ice.  She
warmed up with lazy circles, soon removing the heavy jacket and tossing it to
the log.  A bulky sweater that fell to mid-thigh and wool leggings hid most of
her figure.

Moving faster, she started
stretching her legs out behind her, extending straight out then bending them up
toward the back of her head.  Speeding, she made small jumps, then spins,
looking more graceful the faster she skated.

Around and around the pond she
glided, forward, backward, side to side.  Her legs were powerful, her posture
precise.  She did a series of jump combinations that had Diesel holding his
breath, afraid she’d fall.  He looked around and realized she’d come out to the
middle of nowhere alone.  What if she fell and hurt herself?

She raced across the ice, leapt,
landed sure time and again until she glided to the center.  She lifted one
skate over her head with one hand and lowered it smoothly.  Her arms in an arch
above her, she started to spin, getting faster and faster.  She spun until he
was dizzy watching her.

A sudden stop, ice sprayed, and
she struck a pose.

Instinctively, he clapped and
scared the hell out of the young woman.  She jerked into a prim position,
skates touching and her hands folded in front of her, watching him warily.

Diesel didn’t blame her.  He was
big and dark with plenty of hockey scars…carrying a massive hockey stick.  He
was surprised to see more than an hour had passed while he stood here like a
fucking stalker.

“Not going to hurt you, hon.  I’m…”
he started to call across the ice.

She interrupted smoothly, “I know
who you are, Diesel.  I know you’re not going to hurt me.  You just startled
me.  I normally skate alone.”

Her voice had a tinkling bell
quality beneath the huskiness that sounded familiar but he couldn’t place who
she was. “You don’t remember me.  It’s okay.  People rarely do.”  She skated
slowly to the edge of the ice, not looking directly at him.  “I’m MacKenzie
Rhodes.”

“Kenzie, you’re…um, older than I
remember.”

He busied himself pulling off his
skates.  Seeing her up close was
shocking
.  She’d been pretty jacked up
the last time he’d seen her.

She laughed but it wasn’t a happy
sound.  “Yeah, Diesel, older.  That happens, I suppose.  How’s your family?”
Kenzie was taking off her skates and putting her boots back on.  She wasn’t
rushing exactly but she wasn’t taking her time either.

“They’re good, real good.
How…how’s yours, Kenzie?” he asked to be polite, knowing instantly it had been
the wrong thing to do as she snatched up her stuff and turned away.  He
followed her up the small embankment to her truck.

Her smile was self-mocking as she
yanked open the door. “My family?  My family is great, Diesel.  Peachy, in fact.
Dad is still the town drunk but doesn’t endanger his family anymore because he
can’t see to drive.  Mom doesn’t get out of bed but we find we like it that way
just fine.  Cristiana and Katya left for college last year.  Jaqueline went
this year.  Thadias and I are still home.  Once he leaves home in the summer,
I’ll head out.”

She threw her skates to the
passenger seat and turned to him with her hands on her hips.  “Tell your family
I said hello, Diesel.  Good to see you.”  Then she jumped up behind the wheel
and tore out.

Diesel stood staring after the
truck for a long time before walking to his F150.  He stored his gear in the
backseat and climbed up in the cab to drive back to his parent’s house.

Kenzie sure grew into her looks.

When he parked, his younger
brothers, Jon and Justin, came barreling out of the house.  “Diesel!  Man, why
didn’t you tell us you were going to practice?  We would’ve come to watch.”

“Hey guys, I didn’t want you out
in the cold for eight hours.  Mom would
kill
me.”  He ruffled their
twelve-year-old heads affectionately.  “Mom home?”  They nodded and followed
him like eager puppies inside.  “Would you guys mind cleaning and oiling my
skates?  It would be a huge favor.  I’ll give you ten bucks.”

Whooping with joy, they hauled
ass back to his truck and argued over which of them was going to do the better
job.  The twins had been quite a surprise for his mom, coming eight years after
Diesel, who’d been her youngest of four boys.  All the older brothers were done
with college and involved in their careers.  Diesel was a junior in college and
chomped at the bit to be done with the school.

He found his mom in the laundry
room and swooped in to kiss her cheek.  They’d always been close because he’d
been her baby for so long.  They chatted for a few minutes before he got around
to what he wanted to talk to her about.

Jenna LeBlanc eyed her son
knowingly before continuing to fold the warm towels.  “Yes, she’s very good.
Could have been an Olympic contender if her daddy hadn’t screwed up her life so
bad.  You know she’s the oldest of the Rhodes brood?”

He nodded.  “All her sisters are
off at college.  She was in my grade in school, I wonder why she didn’t go.
She was always really smart.”

“She still is.  That girl has had
all kinds of opportunities.  She turned them down to raise her brother and
sisters.  Thadias is the youngest, he should graduate this year, I believe.
Maybe she can escape then.”  She tsk’d and added, “I sure hate to see a sweet
girl like that waste her life in this town.  There isn’t anything for her
here.”

“She looks…different than she
used to.”

“Yeah, Diesel, she does.  It
wasn’t her fault her daddy drove her home bombed out of his mind.  Kenzie got
thrown from the car, lucky she survived.  Between the halo and various casts
they had her in and out of, I’m amazed she can still walk, much less skate.
Broke her jaw in three places.  That’s what shed the last of the baby fat off
her frame.  She limps when it gets really cold, she must work the muscles and
joints hard to be able to skate after being on her feet so much.”

“She’s a bartender and waitress
at the Triple Z.  There most nights, I think.”  She folded the towel and set it
on the stack, not moving her hands from it.  “Diesel, that girl has had nothing
but pain and trouble she didn’t ask for.  Don’t toy with her.  You won’t be
back here and there’s a good chance she’ll never leave.  Tread careful, son.”

He nodded and kissed her cheek.
“You raised me right, Mom.  No worries.”

“Yeah but the girls do love to
throw themselves at you boys.  Funny enough, never any of the Rhodes girls.
You’d think they’d be, I don’t know, badly behaved coming from what they
have.”  Jenna smiled.  “Must be Kenzie’s influence, it sure isn’t her mama and
daddy’s doing.”

Diesel hung out with his little brothers
for a while, then showered and changed into jeans and a t-shirt, his
comfortable black cowboy boots on his feet.  Finger-combing his longish black
hair, he grabbed his keys, and handed his brothers a new
Alien
DVD to
watch while he was gone.

Kissing his mom she told him his
dad would be visiting in three days.

He nodded and headed out.  None
of the brothers liked to discuss their dad, Donald.  He’d left their mom soon after
the Double J’s were born with one of the girls who worked his auction house.
He sent money but his new family was his priority.

Rules of the Road by Joan Bauer
Murder's Sad Tale by Joan Smith
Leaving Protection by Will Hobbs
Dragonfriend by Marc Secchia
Asleep: The Forgotten Epidemic That Remains One of Medicine's Greatest Mysteries by Molly Caldwell Crosby
Twisted (Delirium #1) by Cara Carnes
The Flyer by Marjorie Jones
The Velvet Rage by Alan Downs
Shatterday by Ellison, Harlan
The Accidental Siren by Jake Vander Ark
Our partner