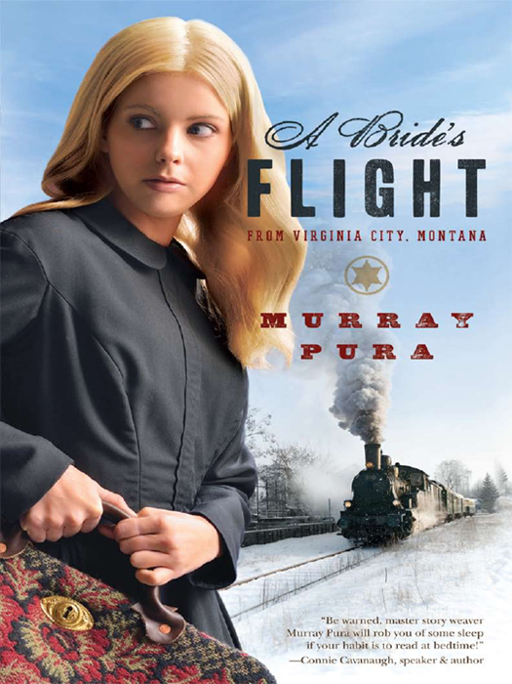 All rights reserved. No part of this publication may be reproduced or transmitted for commercial purposes, except for brief quotations in printed reviews, without written permission of the publisher.

This book is a work of fiction. Names, characters, places, and incidents are either products of the author’s imagination or used fictitiously. Any similarity to actual people, organizations, and/or events is purely coincidental.

C
harlotte Spence lay in her comfortable down bed with the big goose-feather pillows a few minutes longer and listened to the grandfather clock downstairs strike the hour—one, two, three, four, five. Not for the first time, she wondered how she was able to sleep through those loud gongs in the dead of night. She closed her eyes again and whispered a quick prayer.

Lord, it’s Your day. Give me the strength and wisdom I need. Open the gates You want opened, close the ones You don’t. In Christ’s name. Amen.

She stepped out of bed in her blue flannel nightgown and went to the washstand. Lighting an oil lamp and setting it on a nearby table, she washed her face and hands then crossed over to the dresser where she sat down and began to brush out her long blond hair while she read from the Bible. She was working her way through Psalm 119.

My soul is continually in my hand:

Yet I do not forget thy law.

The wicked have laid a snare for me:

Yet I erred not from thy precepts.

Thy testimonies I have taken as an heritage for ever:

For they are the rejoicing of my heart.

I have inclined mine heart to perform thy statutes alway:

Even unto the end.

“There’s a thought, Lord,” she said out loud. “Your words and promises as my heritage—not beef cattle and acres of land and abundant water. Those are wonderful. But to think of You as my heritage! That’s something that goes beyond horses and ranching and wide open spaces.” She suddenly recalled a verse she’d read the morning before: “I have seen an end of all perfection: but thy commandment is exceeding broad.”

Going to the closet, she glanced at the calendar on the wall with its engraving of a cowboy on a wildly bucking horse. It was Tuesday, February 2, 1875. She would be riding, not going to church, so she looked to her thick woolen riding skirts with leggings and her heavy jackets and sweaters. Above zero or not, she picked out warm gear and her blue woolen coat. After she had finished dressing, she crossed to the window and glanced out. It was still dark and would be for several more hours, but she could see by the stars it promised to be a clear morning. A thermometer was fastened to the outside of the window frame, and she squinted at it—ten above. An unexpected warm spell in the dead of winter.
The west wind brought the mild weather,
she thought to herself as she went back to the dresser and mirror to pin up her hair.
It shook the house all night.

She left her room and went down the stairs, holding the lamp in her hand. The rich smell of fresh coffee brought her into the kitchen. It was empty at this hour, but by six o’clock all her hands would be trooping through the back door and sitting down at the large table for breakfast. Most of them had already been on the range for an hour or more. She poured herself a cup of coffee from a big pot on the woodstove. As she drank it, standing close to the stove’s heat, she caught the scent of eggs and bacon and beans from the warming oven. Pete always made good, strong coffee, but his meals were even better. And his biscuits were legendary. Turning this over in her mind, she opened the small door of the warming oven and plucked two buttermilk biscuits from a plate heaped high, dropping them into a pocket.
Filching,
her mother would say. She smiled and put the coffee cup in the sink. On the way out of the kitchen, she took a red apple from a basket. Then paused and went back to the warming oven to filch two more biscuits.

“It will be a long morning’s ride,” she said to the empty kitchen.

She brought a Winchester 1873 carbine down from a gun rack in the hall and checked to make sure it was loaded, then opened a drawer under the rack and put a box of 44-40 cartridges in her jacket pocket. A light-brown Stetson was hanging from a peg by the front door, and she placed it on her head. Two high leather boots were standing on the floor beneath the hat. She sat in a chair and tugged them on. Then she took a black scarf and wound it about her neck. It might be ten above, but a stiff breeze could still cut like a bowie knife.

She stepped onto the porch, pulling on a pair of leather gloves, and two of her men swept off their hats as they stood talking with the cook.

“Miss Spence,” the three men said at the same time.

“Mr. Laycock. Mr. Martin. Pete. Are you about ready to ring that piece of scrap iron for breakfast?”

“We are,” grinned Pete. “I hope you grabbed a bite before the boys ride in. They won’t leave a crumb.”

“I don’t need anything, Pete, thanks,” she said, the biscuits still warm in her skirt pocket.

“Save you a plate for when you get back in?”

“That’s kind of you. Yes, please.” She turned to Laycock and Martin. “May I?”

“Why, sure.” Laycock handed her the striker. “I hardly ever get to do it anymore.”

The iron she was going to hit was the rim off a wheel from one of the first wagons her brother Ricky had used on the Spence ranch. It was still sturdy as a rock. She bent her arm and banged the iron bar against it. The rim rang clear and sharp through the star-nicked air. The shock went right up her arm to her shoulder, but she knew one blow wasn’t enough. She swung the striker back and forth inside the wheel rim as fast as she could so that the ringing was loud and unmistakable no matter where her hands might be. Then she handed the striker back to Layton.

“That’s certainly enough to raise the dead,” she said with a laugh.

“The boys will come pelting in from all four corners,” agreed Laycock.

“So how are things?” she asked the men. “Anything I should know about?”

“We’re getting some early calves,” replied Laycock. “This mild spell sure helps us out on that score.”

“I’ll keep an eye out for the young ones then. I’m going to do my monthly ride over the ranch this morning.”

“Yes, ma’am, you look like you’re loaded for bear.”

“Anything else?” she asked.

“There’s been predators,” Martin spoke up. “We haven’t found anything that’s been killed yet, but the tracks are plentiful. Fox. Coyote. Maybe a cat. Can’t tell for sure; the tracks were messed up.”

Laycock and Martin glanced at each other.

“We don’t rightly know, Miss Spence,” Martin finally responded. “But we do know one thing. It’s none of our boys.”

“Half a dozen. Maybe a few more. Traveling fast. Headin’ north. The tracks are a couple of days old.”

Charlotte stared at him. “Are any cattle missing?”

“Boys are doing a head count. So far, so good. But we ain’t got to every part of the herd.”

“Where are these tracks?”

“The marshal hasn’t sent us word about rustlers in the vicinity, has he?” “No, ma’am.”

“Let the men get a hot meal in their stomachs before they do any more of that counting. The sun will be up soon, and that will make their job a lot easier.” She smiled brightly. “Well, perhaps my ride won’t be uneventful.”

Laycock and Martin glanced at each other a second time. This time Laycock spoke up, Stetson still in his hands.

“Miss Spence, perhaps it’d be best if one of the boys was to ride with you. Gallagher, say, or Scotty.”

“Ride with me?” Charlotte looked at him in surprise, her eyes opening wide. “Whatever for?”

“Well, there could be the panther; that’s reason enough. But a group of riders belting out across our land headed for who knows where? Sounds like outlaws.”

Charlotte made a face. “You don’t really think so.”

“Me and Martin and the rest of the hands think it’s a pretty safe bet. There’s been talk.”

“What kind of talk?”

“About marauders in the neighborhood. About squatters being burned out down on the flats.”

“Some say no. Others say it was bad.” “But the marshal hasn’t said anything about it?” “It’s just rumors, ma’am. I expect we’ll hear something, one way or the other, when Marshal Parker gets to the bottom of it.”

Martin smiled. “Wish we’d had a chance to meet her.”

“So do I, Mr. Martin.” She tugged on the brim of her Stetson. “I’d better be on my way. If things are as bad as you say, the men will never let me out of sight of the ranch house.”

“You should reconsider,” urged Laycock.

“I am twenty-five years old. I’ve been riding this land since I was a teenage girl. Even Jesse James and his barbarians couldn’t keep me off God’s good gift to the Spence family and its hands. I’ll be back by noon.” She glanced at the cook. “I hope the food will be hot, Pete.”

Charlotte was striding across the yard to the stables. “Three plates? Are you trying to fatten me up for the kill?”

Her saddle was hanging clean and dry from a brass hook on the wall. She lit an oil lamp by the door and carried it close to where Daybreak stood in her stall, watching her mistress with large dark eyes. Charlotte brought out the apple.

“Here’s a treat, girl. Let’s have a good ride together, all right?”

The palomino mare chewed and slobbered over the red apple before taking it into her mouth and working over what was left of it. Charlotte came into the stall and put a saddle blanket and saddle on its back, tightening the cinch under the horse’s stomach. Then she slid the carbine into a scabbard. Leading Daybreak out of her stall, she spoke to the other horses that stood watching everything carefully and nickering their comments. At the door to the stable, Charlotte paused and looked out.

Men were riding up to the ranch house, hitching their horses to the rail, then walking around to the back where they’d head in, wash their hands, and sit at the kitchen table for the morning meal. Even those who’d been too far off to hear her striking the wheel rim knew to be at the table by six. The ranch house shone like a star, with oil lamps burning in all its ground-floor windows, drawing the cowboys in from miles around. She smiled as she listened to their banter.

“What you been doing all morning, Scotty? Grabbing some more shut-eye in the hills back yonder?”

“Billy, I could be asleep in the saddle and still work more cattle, and work ‘em better, than you sitting wide-awake and ramrod stiff on that itsy-bitsy pony of yours.”