Read The Fire Within (The Last Dragon Chro) Online

The Fire Within (The Last Dragon Chro) 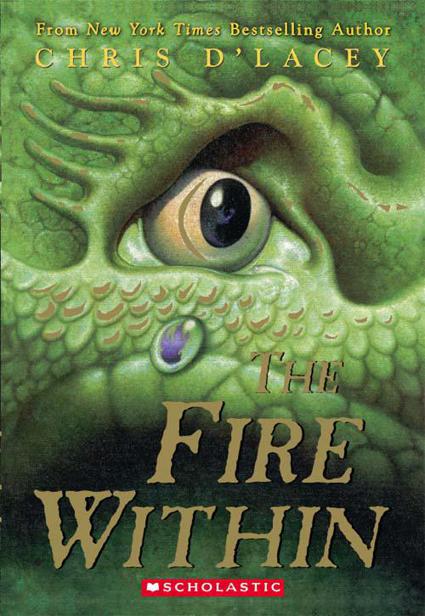 For Jay,
who had the first Snigger
and will almost certainly have the last laugh

I would like to thank the following for their
help in bringing this book to life: Bat
and Puff, dragons of the first
flight, and Val Chivers,
for kilning
Zookie

PART ONE: THE SPARK

A VISIT TO THE LIBRARY

TO CATCH A SQUIRREL

SQUIRREL IN THE HOUSE

PART TWO: THE FIRE WITHIN

THE TRUTH ABOUT THE NUTBEAST

THE LAST DRAGON IN THE WORLD

A TREE FOR CONKER

Clays are extraordinary, layered, crystal structures which have, built into them, what amounts almost to an innate tendency to evolve…. Clay has plans. 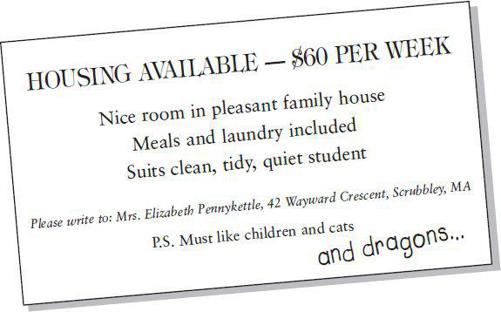 Help! I am desperately in need of somewhere to stay. Next week, I am
due to start a Geography course at Scrubbley College, and I haven’t
been able to find any housing.

I am scrupulously clean and as tidy as anyone of my age (20) can be.
My hobby is reading, which is generally pretty quiet. I get along very
well with children, and I love cats.

P.S. I’m afraid I haven’t seen any dragons around lately.
I hope this isn’t a problem.

W
ell, here we are,” Mrs. Pennykettle said, pausing by the door of the room she had for rent. She clasped her hands together and smiled. “Officially, it’s our dining room, but we always eat in the kitchen these days.”

The young man beside her nodded politely and patiently adjusted his shoulder bag. “Lovely. Erm, shall we take a look …?”

“It used to be our junk room, really,” said a voice.

The visitor turned. A young girl was lolling in the kitchen doorway. She was dressed in jeans and a sloppy top and had wet grass sticking to the heels of her sneakers. “All our junk’s in the attic now.”

“And where have
you
been?” Mrs. Pennykettle said.

“In the garden,” said the girl, “looking for Conker.”

“Conkers?” the young man queried. “Aren’t you a week or two early for them?”

The visitor furrowed his brow.

Mrs. Pennykettle sighed and did the introductions: “David, this is Lucy, my daughter. I’m afraid she comes as part of the package. Lucy, this is David. He’s here to see the room.”

Lucy chewed a wisp of her straw-colored hair and slowly looked the visitor up and down.

Her mother tried again: “We did the best we could with the room. There’s a table in the corner, with a study lamp, of course, and a wardrobe we bought from a secondhand shop. The bed isn’t great, but you should be all right if you try to avoid the loose spring in the middle.”

“Why don’t you stop twittering and
show
him?”
With a huff, Lucy stomped down the hall to join them. “She’s not always like this,” she said to David. “It’s because we’ve never had a tenant before.” Before her mother could “twitter” in protest, Lucy reached out and pushed the door open. David smiled graciously and stepped inside. The fresh smell of lavender wafted through the room, mingled with the peaceful tinkle of wind chimes. Everything was perfect, exactly as described. Except …

“What’s that?” David pointed to a bulge in the bed.

Elizabeth Pennykettle groaned with embarrassment. She swept across the room and dived beneath the folds of the red patterned blanket.

“That’s Bonnington, our cat,” Lucy said, grinning. “He likes getting under things — newspapers, blankets, all sorts of stuff. Mom says he’s always getting under her feet.”

David smiled and put down his bag. “Bonnington. That’s a really good name for a cat.”

Lucy nodded in agreement. “Mom named him after a mountain climber. I don’t know why; he couldn’t
climb a beanbag. Well, he
could,
but we don’t have one. He mistakes the sound of the beans for cat litter, then he poops on there instead of in his box.”

With a rake of claws against fresh bed linen, Mrs. Pennykettle emerged clutching a brown tabby cat. Her curls of red hair, now in total disarray, resembled a rather bedraggled mop. She grimaced in apology, plopped Bonnington on the windowsill, and bundled him ungracefully into the garden.

David moved the conversation on. “Are there buses to the college from here?”

“Three an hour,” her mother confirmed, hastily replumping her hair. “And there’s room in the shed for a bike, if you have one. If you were stuck, you could always have a lift into town in my car — as long as you don’t mind sharing with the dragons.”

“Oh yes,” said David, raising a finger. His mind floated back to the wording on the postcard in the
newsstand window:
MUST LIKE CATS AND CHILDREN AND …

“Like him.” Lucy pointed to a shelf above a sealed-off fireplace. Sitting at its center was a small, clay dragon, unlike any that David had ever seen. It wasn’t a fearsome, fire-breathing monster, the sort of dragon that might capture medieval maidens. Nor was it a cutesy, cartoon sort of thing. There was a fiery pride in its oval-shaped eyes as if it had a sense of its own importance and knew it had a definite place in the world. Its tall slim body was painted green with turquoise hints at the edges of its scales. It was sitting erect on two flat feet and an arrow-shaped tail that swung back on itself in a single loop. Four ridged wings (two large, two small) fanned out from its back and shoulders. A set of spiky, flaglike scales ran the entire length of its spine.

David picked it up — and very nearly dropped it. “It’s warm,” he said, blinking in surprise.

“It’s been in the sun too long,” said Mrs.
Pennykettle, quickly cutting her daughter off. She lifted the dragon out of David’s hands and rested it gently back on the shelf. A cone of sunlight fell across it.

“There are loads of dragons in our house,” said Lucy, a bubble of excitement in her voice.

David smiled and touched a finger to the dragon’s snout. For one strange moment he thought he could detect a layer of ash on the wide, flared nostrils. He ran a thumb across the glaze and decided it was dust. “Do you collect them?”

Lucy shook her ponytail. “We make them.”

“I make them,” said her mother.

“I’m learning,” said Lucy.
“Pennykettle Pots and Crafts.
We’re famous. Mom sells them at the market on Tuesday and Thursday and Saturday afternoons. When there’s a craft fair at Scrubbley Garden Center she takes some there. Lots of people buy them.”

“I bet,” said David, with a nod of admiration. “Do you make them here?”

Mrs. Pennykettle pointed at the ceiling. “I have a small studio in one of the bedrooms.”

“It’s called the Dragons’ Den,” Lucy said mysteriously. She put her hands behind her back and swung her shoulders.
“You’re
not allowed to enter.”

“Lucy, don’t tease,” her mother chided. Turning to David again she said, “I’ll gladly show you around once you’ve settled in — well, if you decide to take the room, that is.”

David ran a hand through his mop of brown hair. Dragons. It was certainly different from his last place, where all you got were spiders and the occasional mouse. “It’s perfect,” he said. “Just what I want. If you and your dragons will have me, Mrs. Pennykettle, I’d like to move in right away.”

Lucy wiggled her nose. “That depends — on the other thing.”

Lucy smiled directly at David and said, “Do you like—?”