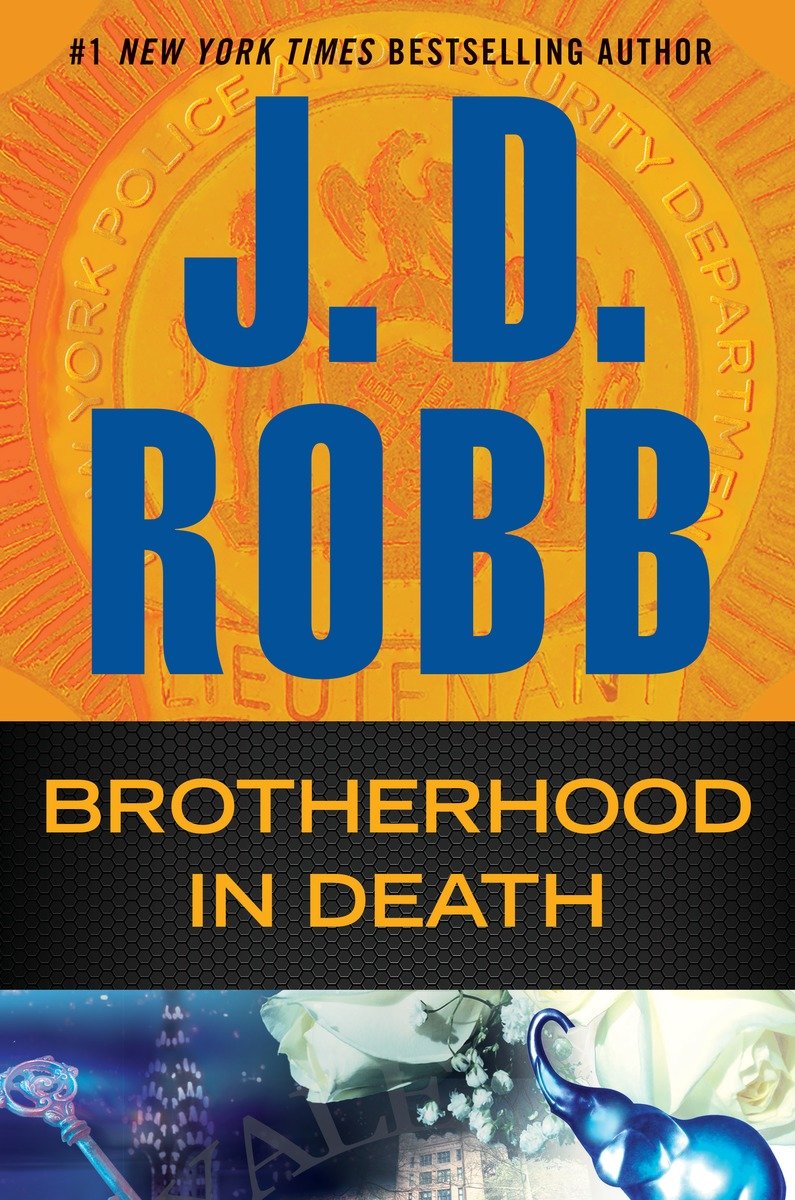 Out of This World

Bump in the Night

Down the Rabbit Hole 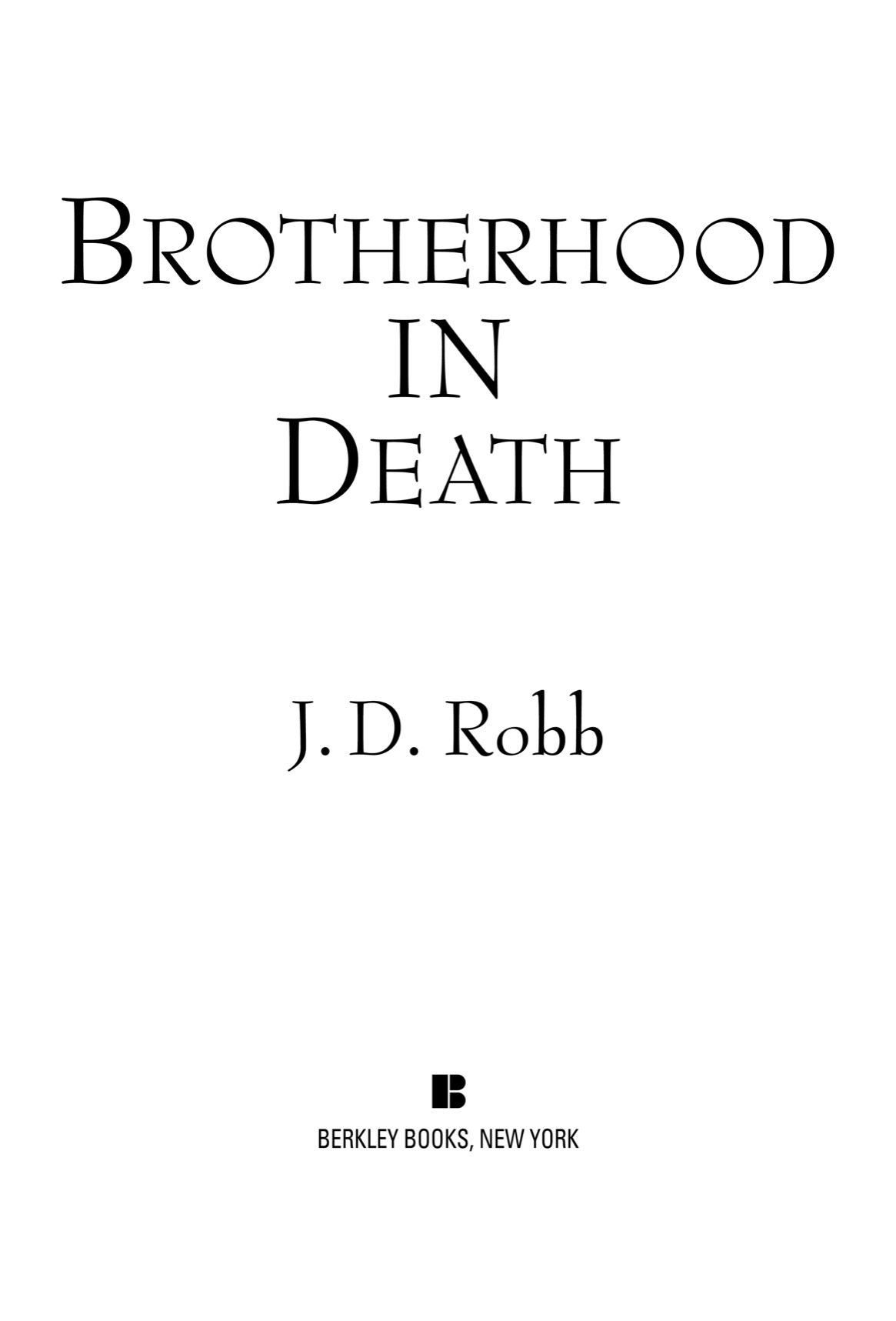 This book is an original publication of the Berkley Publishing Group.

BERKLEYÂ® and the “B” design are registered trademarks of Penguin Random House LLC.

The Present is the living sum-total of the whole Past.

Justice is always violent to the party offending, for every man is innocent in his own eyes.

Loyalty to the dead had him traveling to SoHo in icy rain rather than heading home. At home he could have put up his feetâtired today, he admitted. He'd have enjoyed a cozy fire, a good book, and a small glass of whiskey while waiting for his wife to get home.

Instead, he sat in the back of a cab that smelled faintly of overripe peppers and someone's musky perfume as it skated along the nasty street toward what he feared would be an ugly confrontation.

He disliked ugly confrontations, wondered sometimes about people who, by all appearances, enjoyed them. Those who knew him would say he had a talent for evading or defusing them.

But this time, he expected to go head-to-head with his cousin Edward.

A pity, really, he thought as he watched the ice-tipped rain strike the cab windows. It hissed as it struck, he thought, like angry snakes.

Once, he and Edward had been close as brothers. Once they'd shared adventures and secrets and ambitionsâlofty ones, of course. But time and divergent paths had separated them long ago.

He barely knew the man Edward had become, and understood him not at all. And sadly for him, liked Edward even less.

Regardless, they had shared the same paternal grandparents; their fathers were brothers. They were family. He hoped to use those blood ties, those shared experiences to bring their opposing views to some reasonable middle ground.

Then again, the man Edward had become rarely stood on middle ground. No, Edward staked a claim on his own ground and refused to move even an inch in any direction.

Otherwise, Edward would hardly have engaged a Realtor to sell their grandparents' lovely old brownstone.

Why, he wouldn't even have known about the Realtor, about the appointment made for a walk-through and assessment of the house if Edward's assistant to his assistantâor whatever title the girl ownedâhadn't slipped up and mentioned it when he'd tried to contact Edward, arrange for a powwow.

He didn't have much of a temperâanger took such effortâbut he was angry now. Angry enough he knew he could and would create a stink and a scene in front of the real estate person.

He had a half share of the property (as Edward had taken to calling it), and it couldn't be sold without his written consent.

He wouldn't give it, he wouldn't go against his grandfather's express wishes.

For a moment, in the back of the cab, he was transported to his grandfather's study, with all its warmth and rich colors, its bookcases full of books smelling of leather binding, wonderful old photos, and fascinating memorabilia.

He could feel the frailty of his grandfather's hand, once so big and strong, in his. Hear the waver of a voice that used to boom like cannon fire.

It's more than a house, more than a home. Though that's a precious thing. It has a history, has earned its place in the world. It's earned a legacy. I'm
trusting you, you and Edward, to honor that history, and continue that legacy.

He would, he told himself as the cab finally pulled to the curb. At best, he would remind Edward of those wishes, that responsibility. At worst, he would find a way to buy out his cousin's interest.

If it was only property, only money, then money Edward would have.

He overtipped the driverâpurposely because the weather was truly horrible. It might have been the generosity that prompted the driver to roll down the window and call out that he'd left his briefcase in the back of the cab.

“Thank you!” He hurried back to retrieve it. “So much on my mind.”

Gripping the briefcase, he navigated the ice rink of a sidewalk, walked through the little iron gate and down the walkwayâshoveled and treated, as he personally paid a neighborhood boy to see to it.

He climbed the short flight of steps as he had as a toddler, a young boy, a young man, and now an older one.

He might forget thingsâlike his briefcaseâbut he remembered the passcode for the main door. Laid his palm on the plate, used his swipe card.

He opened the heavy front door, felt the change like a fresh stab in his heart.

No scent of the fresh flowers his grandmother would have arranged herself on the entrance table. No old dog to lumber into the foyer to greet him. Some of the furniture sat in other homes nowâspecific bequestsâas some of the art graced other walls.

He was glad of that, as that was legacy, too.

Despite the fact he also paid a housekeeperâthe daughter of his grandparents' longtime employee, Frankieâto tend the place once a week, he scented the disuse as well as lemon oil.

“Long enough,” he muttered to himself as he set his briefcase down. “It's been empty long enough now.”

He heard the sound of voices, and for a moment wondered if they, too, were just memories. Then he remembered his purposeâEdward and the Realtor. They were, he imagined, discussing square footage and location and market value.

And neither thinking, as he was, of family dinners around the big table, of blackberry tarts filched from the kitchen, of proudly presenting the woman he loved to his grandparents in the living room on a sunny Saturday afternoon.

He forced himself to push through the mists of time, start back toward the voices. Sentiment wouldn't sway Edward, he knew. If another reminder of a promise made to a man they'd both loved didn't do so, perhaps the reminder of the legalities would.

Failing all, there was money.

Still, he didn't want to sneak up on them like a thief so called out his cousin's name.

The voices stilled, annoying him. Did they think they could hide from him? He continued back, clinging to the annoyance as a kind of weapon. And turning into the room he'd thought of in the cab, he saw Edward sitting in their grandfather's desk chair.

His cousin's eyes were wideâeven the one swollen with a darkening bruise. Blood trickled in a thin line from the corner of his mouth, stained his teeth as he started to speak.

Annoyance forgotten in shock and concern, he stepped forward quickly.

Pain erupted, a flash of fire bursting in the back of his head. Helpless to stop his own fall, he pitched forward. Seconds before his temple struck the old oak floor and turned everything black, he heard Edward scream.

Piedras ensangrentadas by Donna Leon
Utterly Yours (Book Three) (An Alpha Billionaire Romance) by Alexa Brookes
Once Upon a Christmas Eve by Christine Flynn
Never an Empire by James Green
Lost Dog (A Gideon and Sirius Novel Book 3) by Alan Russell
The Third Child by Marge Piercy
Junk by Josephine Myles
Touch Me There by Yvonne K. Fulbright
Título by Autor
The Man in the Moss by Phil Rickman
Our partner