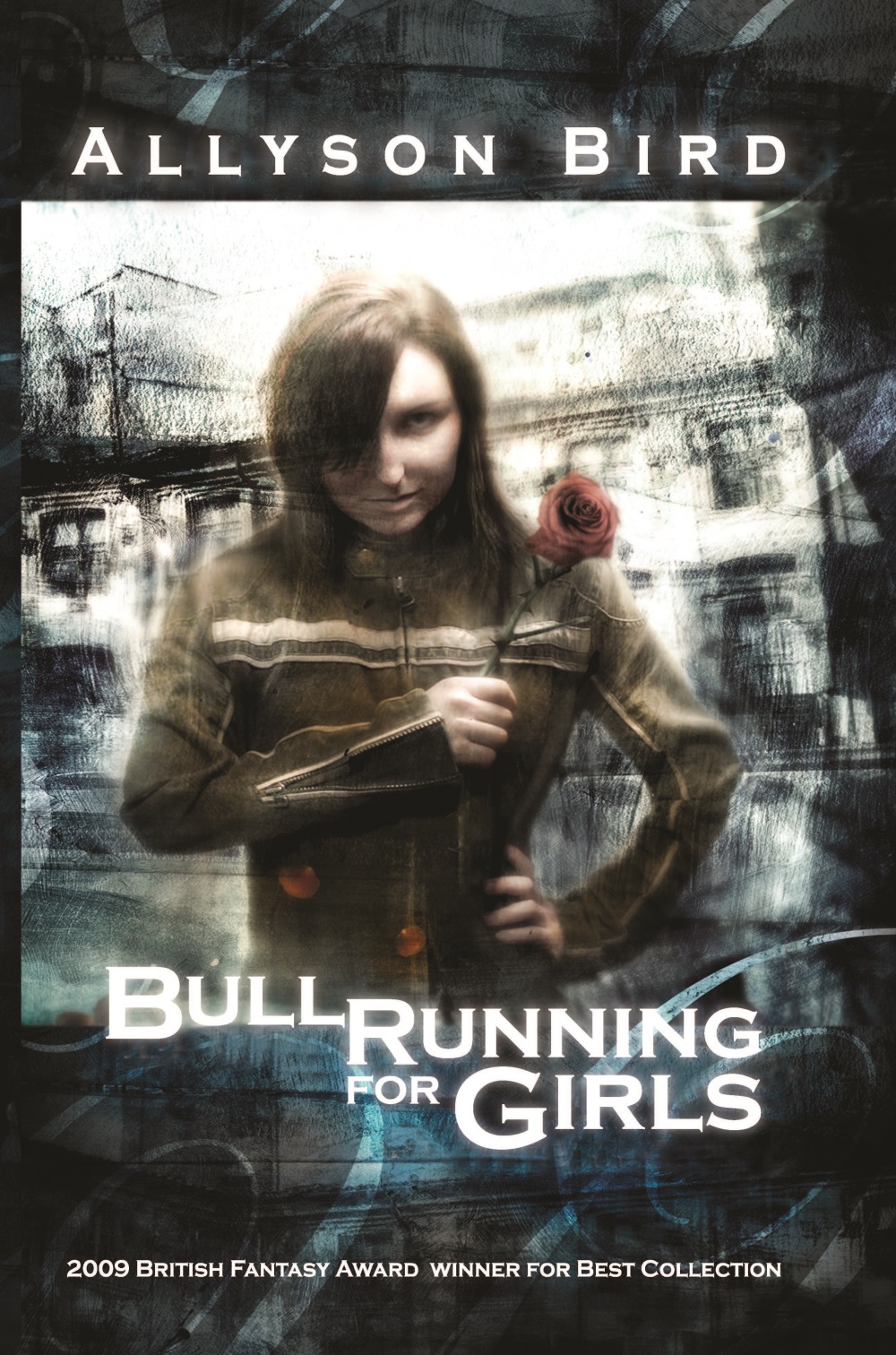 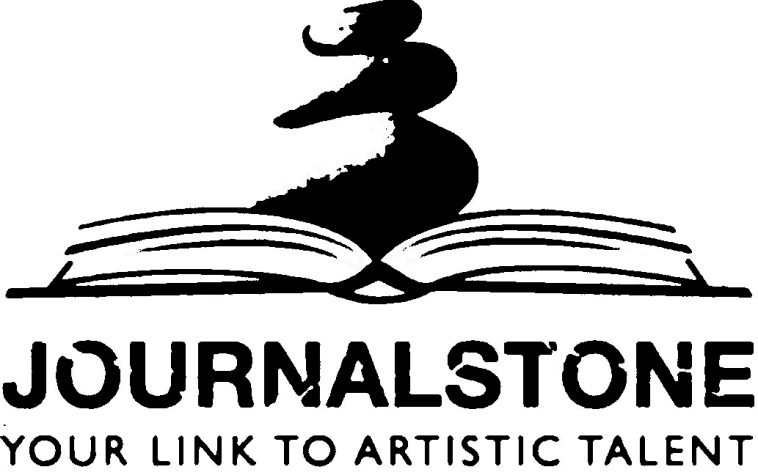 To the memory of my mother Laura Shakespeare. And my sister Sylvia Insley. I miss you.

“To live is to war with trolls In the holds of the heart and mind; To write is to hold Judgement Day over the self.” Henrik Ibsen.

I’d like to thank Steve Upham for first publishing
Bull Running for Girls
and for his encouragement and enthusiasm. Thank you to Vincent Chong for the wonderful original cover and support from the beginning.

To the other editors who have all introduced my prose to the world, Sarah Dobbs and Lee Harris
—
amongst others. Thank you to Andrew Hook in the discussion of The Silk Road.

Almost all the stories in the collection are original except for: “Blood in Madness Ran” published in Hunger 2006. “Wings of Night”
ﬁrst
appeared in Hub 2007. “Shadow upon Shadow” appeared in Black Petals 2008. “Dissolution” was published in
The Third BHF Book of Horror Stories
2008. “The Silk Road” appeared in The British Fantasy Society publication
—
New Horizons
2008.

In the Hall of the Mountain King

In the Wake of the Dead

The Sly Boy Bar and Eatery

In a Pig’s Ear

“
They were alive with a teeming horde of shapes swimming inward towards the town: and even at my vast distance and in my single moment of perception I could tell that the bobbing heads and ﬂailing arms were alien and aberrant in a way scarcely to be expressed or consciously formulated
.”
The Shadow over Innsmouth
by H. P. Lovecraft.

Like the webfoot cockle women trudging out of a Dylan Thomas black, bandaged night, the ﬂither girls made their way across Robin Hood’s bay (or Baytown as the locals called it) to ﬁnd limpets to use for bait on long lines. This wasn’t a ﬁshing village in Wales but it could have been, with the small ﬁsher houses and the narrow, cobbled lanes in between. There were nets to be mended, lying strewn around the cottage entrances as if to capture land animals as they entered and left. Nets, stretched like cauls over the windows and on the front of the walls. A strong odour hung in the air from the ﬁsh that had been left to dry. Part of the wild village had already fallen into the sea, demolished by the northeasterly winter storms. Brid’s mother had told her of the houses on King Street that had leaned over the cliff and tumbled into the sea a few decades ago.

Bridgette Moorsom was a caul bearer. She had been born with a caul over her face and the midwife had pressed a piece of paper over the membrane so that the caul stuck to it, and then it had been given to Brid’s mother as an heirloom. The possession of a caul was said to protect the bearer from death by drowning. Brid now had it in a small box on her dressing table; she had never given it away. Why should she? A few sailors had offered a fortune for its protection but she had never parted with it. She had meant to give it to her ﬁancée on their wedding day. Oh, why hadn’t she given it to him before?

A marriage had been arranged and then put to one side, like the wedding dress that hung in her mother’s closet. Brid had no need of it anymore. She had promised to marry Benjamin Eskell but he had been lost to the sea a few months earlier. Brid’s mother had been muttering on that Brid should have married Tom
—
Ben’s brother
—
except that Tom was unhelpfully married already.

A cold, grey mist crept in from the sea towards the huddled houses of the small village and then wound its way up each street; ﬁrst to the right along the one terrace, then after the length of it to the left and along again. Turning at each bend, like a sea dragon searching for a lair, or a lost soul reaching for a forgotten memory. Brid followed its trail to top of the hill, to the little cottage she shared with her mother. All the way along she was thinking about her lost lover and how she longed to be reunited with him again. Even death held no fear for her; she only wanted reunion. What could be wrong with that?

Once inside the cottage she nodded to her mother, who sat by the ﬁre knitting a jumper. Each jumper served a twofold purpose: the ﬁrst was obviously for warmth, the second in that each village had a unique pattern
—
it was how they identiﬁed and claimed their dead from the sea. Wives even put mistakes in the garment so that it was particular to their family. When they found Brid’s ﬁancée, his face had been bitten away by ﬁsh and the pattern had proven that he was of their village of Bay Town. Brid could not look at that jumper.

“That’s all you seem to want to do these days, Brid. You go to your room and you never talk to me.”

“There’s nothing much to talk about, Mother.”

“You’re young. There will be plenty for you to do in the future. Sit down here with me, Brid. I’ve hardly talked to anyone all day.”

“I need to change out of these wet clothes.”

“I suppose,” responded her mother. “They look dry enough to me already
—
where have you been?”

Helen gave her an honest stare that was full of reproach. “We can’t afford to squander our money, Brid.”

Brid felt so wound up, so wanting to let go of her anger.

“Afford? We can’t afford anything, Mother. I’m sick of the work, sick of the poverty. I couldn’t afford to lose a man
—
but I did
—
and I know you want me to ﬁnd another one to replace him, so we can
afford
things.”

“It’s not my fault that the men in this family either go away or die in the sea.”

“No, it’s not your fault at all
—
but if you hadn’t driven father to work harder all the time and moaned at him whenever he gave you any kindness perhaps he wouldn’t have left.”

“We both know that will never happen, just as my Ben won’t be coming back either!”

Brid’s mother was knitting furiously at this point, as if every stab of the needle would make a hole in her worries. “There’s some fried ﬁsh on the table,” she muttered in a begrudging tone.

Brid gave her mother a disdainful look, took one of the candles from the shelf next to the ﬁreplace, lit it from the main candle near her mother and left the room. She was tired of ﬁghting; ﬁghting her mother, the cold winter, and her grief.

Her room smelt of the sea; Brid had found some old bits of ﬁshing nets and hung them from the beams. Faded ribbons and cradled mementos, love notes and tokens from the previous year, all hung in mid air as if waiting on the unseen hand of her lover to present them once more. That would never happen again…Brid knew. She wondered if she would ever ﬁnd anything interesting to hang in the nets again.