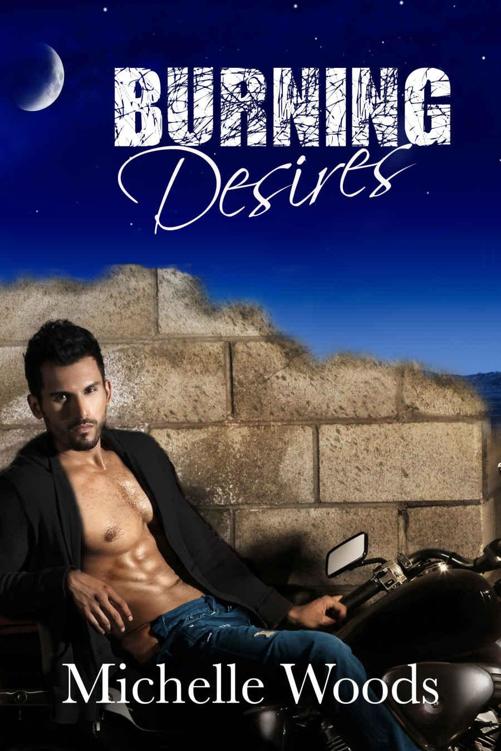 All Rights Reserved. No part of this book may be used or reproduced in any manner without written permission of the author, except in the case of brief quotations in critical reviews and articles. For more information or to request permission contact: [email protected]

This is a work of fiction. Names, characters, places, groups and incidents are products of author’s imagination or are used in a non-factual manner and are not to be construed as real. Any events, organizations, or persons depicted are entirely coincidental.

Kelsey Cane rolled her eyes for the fifth time tonight, her patience wearing thin. She tried not to glare at the idiot who was hitting on her after she’d already shot him down three times. His name was Kelvin or maybe it was Clive; Kelsey paused trying to remember before deciding it really didn’t matter what the hell his name was because there was no way in hell she would ever take him up on his offer.

Clive leaned forward, his breath reeking of whiskey as he breathed on her. His eyes were slightly unfocused and he swayed a little, catching himself with a hand on the wooden bar next to them. The movement stirred the air, sending a waft of his sweet-smelling cologne her way and Kelsey took a step back from the man, trying to hold her breath for a second to recover from the headache it was giving her.

Tally, the bartender, raised his brow at her in question, asking if she wanted him to intervene. Kelsey shook her head slightly, letting out the breath she had been holding because she was beginning to get lightheaded. She inhaled and let out a slight cough when the heavy smell assaulted her again.

Ugg––why did some men think they could mask their body odor with cologne? It didn’t make the BO go away, it only added another scent to the mix. She felt her stomach turn and she tried not to inhale too deeply lest she vomit at his feet from the stench.

Kelsey, at twenty-four, was the youngest of the three Cane sisters who owned Tricky Bitches. Being the youngest sucked, mostly because they treated her like she was still fifteen. Kelsey was frankly sick of everyone treating her like she was still a gangly teen when she wasn’t. It was why she didn’t want to enlist Tally’s help to get rid of the man in front of her, because if she did her sisters would insist that she stay home rather than help with the bar.

Kelsey wasn’t going to let that happen. She’d fought too hard over the past six months to show her two older sisters that she wasn’t a child anymore and they could stop protecting her from everything. It was great that they loved her so much but it had become annoying when she was sixteen and it wasn’t any better now that she was twenty-four.

She knew that it all stemmed from her being very ill when she was twelve. Most illnesses now were quickly fixed with a shot or a pill but hers had been a rare heart condition that no one in the four different clinics her parents took her to could figure out. Kelsey knew that if they hadn’t taken her to the city to the hospital there for testing, she would have died from the heart malformation. Thankfully they had and her heart issue was corrected once her parents were able to afford the costly medical procedure.

It had taken them five months to gather the credits for the simple procedure and during that time she’d been bedridden. Her twin sisters, Greta and Hanna, were eighteen at the time and had helped pay for the operation by working themselves half to death. Kelsey had been unable to do anything to help because they were scared anything physical would make her heart decide to give out.

For a twelve-year-old, it had been a long and very boring five months. After the operation, going from the sickly member of the family to a more normal part of it had not happened the way she’d wanted it to. Her sisters had never lost their overly protective streak when it came to her.

Their parents had died in a shoot out three years later when Kelsey was fifteen, leaving her care to her then twenty-one year old sisters. Their parents’ untimely death had made her sisters’ need to protect her go into overdrive. At first it hadn’t bothered her but as she got older, it had become an issue that caused quite a few rows between them.

Kelsey sighed, rolling her shoulders to relieve the tension that had settled there, thinking back to three years ago when her sisters had opened Tricky Bitches. Greta had a brilliant idea to broker a deal with the Blue Bandits’ vice president for protection of the bar. Kelsey was proud to say that it had worked out well for both them and the Blue Bandits.

Kelsey shifted from one foot to the other as she thought about the fight she’d had with Greta and Hanna last week before she began working here. It hadn’t been pleasant. She could still remember yelling at them that she wasn’t sick and she was just as tough as they were.

Hell, likely tougher. She’d had to be otherwise they would have smothered her spunky nature by now.

Kelvin, or Clive, or whatever the hell his name was, leaned closer to her, forcing her mind back to the present. Kelsey almost choked on the smells that floated over her mixing with the smells of the smoky bar. Almost gagging, Kelsey felt her eyes beginning to water and took another step back from the man, trying to get far enough away that she wasn’t bombarded by his awful smell.

“Beeeauty.” He drew out the word, a lopsided grin on his face, revealing stained yellow teeth. “You and me should go somewhere private and get better acquainted.”

Ha, that
so
wasn’t happening in this lifetime, bud, she mentally informed him, wishing she could say it out loud but knowing she’d better not.

“I’m working and you need to go sleep off the drinks, Clive,” Kelsey told him, not wanting to draw this out anymore. She’d already tried the nice brush-off three times, it was now time to be a bit blunt.

“Clive, who’s Clive?” he asked, his face contorting into a confused expression.

Whoops, guess that wasn’t his name.

Kelsey almost allowed her mirth to get the better of her but managed just barely to hold the snicker inside. Her eyes toured the bar, taking in the bodies crammed into it like sardines packed into a can. It was busy tonight just like it was every Friday night and Kelsey knew Tally was swamped at the bar and her standing here with this loser wasn’t helping him. She needed to wrap this up before he told her sisters that she didn’t help him handle the rush and she ended up getting booted from bar duty again.

“I was sure that’s what you told me your name was,” Kelsey told him looking up at him with an innocent smile. She didn’t want to encourage him to start up again so it wasn’t a big one. “I have to go help Tally at the bar, it’s getting busier. Have a nice night,” she informed him before moving around him without looking back to gauge his reaction to her walking away.

She really didn’t care how he reacted but she didn’t want to cause trouble the first night she was in charge of the bar. Greta and Hanna would likely have to be called to straighten things out with the Blue Bandits MC for the trouble they needed to break up and they would never let her in here to help again. They’d only allowed it this time because she had insisted that if they didn’t, she would take the credits she’d earned from the profits of her share in Tricky Bitches and use them to open her own bar.

She could do it too. This place made a very tidy profit being the only bar in town besides the local bondage club, which wasn’t for everyone. Kelsey felt a blush steal over her cheeks because thinking of that club made her feel embarrassed. She couldn’t imagine why anyone would go to a club to have sex, but she knew that’s what happened there.

Shaking her head to dislodge the thoughts that swirled around in her mind about the other bar in town, she didn’t pay attention to where she was going. She was walking through the crowd to the other end of the counter to help Tally serve drinks when she almost walked into a man standing near the bar.

She tried to make a quick course correction and only succeeded in almost falling on her ass. If it hadn’t been for the hard male arms that shot out to catch her against a thick chest, she likely would have ended up on the floor in an embarrassing heap. As she landed against him, her brain popped out a single thought. At least he didn’t stink like three days of body odor mixed with heavy sweet-smelling cologne.

He actually smelled really nice. Inhaling deeply, Kelsey smelled leather, a faint hint of motor oil, and sandalwood mixed with a rich masculine tone that made her head spin. She heard the dark rumble that rose from the man’s chest as he steadied her.

“Not that I mind being run over by such a beauty, but you might want to pay more attention to where you’re headed, sweetness.” Kelsey looked up, seeing his hard lips curling up into a smile.

Kelsey felt her cheeks warm. Did she really have to be so damned clumsy? She never really outgrew that awkward clumsiness like most people did in their teens.

Nope, lucky her, she got to carry that over into adulthood where she proceeded to humiliate herself on a regular basis by tripping over her own feet and running into things and people. Like right now. Of all the ways to meet a nice-smelling, good-looking man, she had to almost run him over. Kelsey extracted herself from the man’s arms, standing on her own feet and trying to gather what was left of her dignity.

“Sorry, I was focused on helping Tally and wasn’t paying attention,” she managed to utter without stuttering or sinking into the floor in a puddle of embarrassment.

“No problem, darlin’. I love jerking random women into my arms at every opportunity,” he replied, his grin showing perfectly white teeth under a thick brown beard that was trimmed neatly.

Kelsey couldn’t help but feel a shiver of desire slide over her as she tentatively smiled back at him. She knew he was just being nice but she couldn’t help wondering if he’d be good in bed. Down girl, she scolded her runaway libido.

“Okay, um––I gue–– thanks for saving me,” Kelsey found herself saying and wanted to roll her eyes. Why was she always so awkward when talking to a man she found attractive? It wasn’t like she hadn’t dated or had sex. She’d done both but she was never good with talking to the men she felt attracted to until she got to know them better. She was never quite sure how to talk to a man until she found something in common with him.

“You’re welcome. I’m Hammer, by the way, and you are?” he asked, his head tilted slightly, gazing down at her with those perfectly white teeth still visible. She noticed that he had little crinkles around his eyes when he smiled and knew that he must smile a lot.