Read By His Rules Online 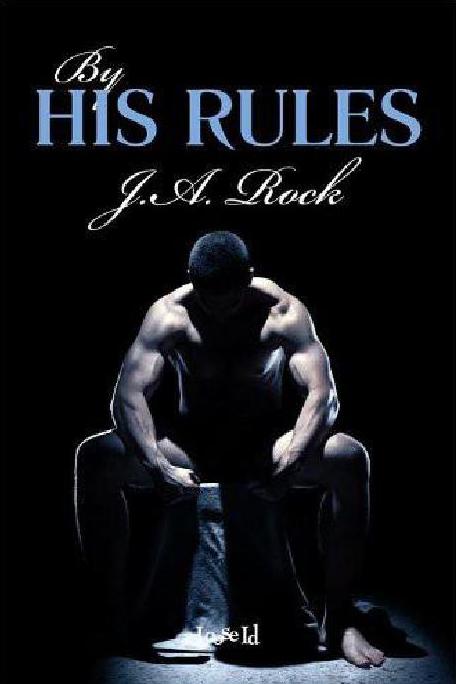 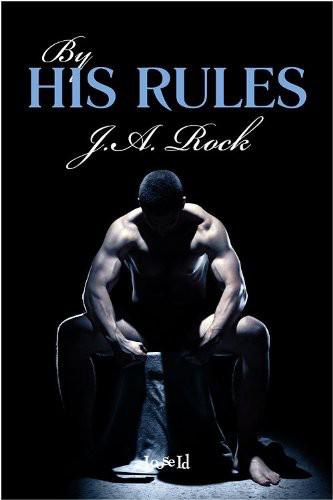 All rights reserved. This copy is intended for the original

may be reproduced, scanned, or distributed in any

printed or electronic form without prior written

permission from Loose Id LLC. Please do not participate

in or encourage piracy of copyrighted materials in

violation of the author's rights. Purchase only authorized

This e-book is a work of fiction. While reference might be

made to actual historical events or existing locations, the

names, characters, places and incidents are either the

product of the author’s imagination or are used

fictitiously, and any resemblance to actual persons,

language and may be considered offensive to some

readers. Loose Id LLC’s e-books are for sale to adults

ONLY, as defined by the laws of the country in which

you made your purchase. Please store your files wisely,

where they cannot be accessed by under-aged readers.

DISCLAIMER: Please do not try any new sexual practice,

especially those that might be found in our BDSM/fetish

titles without the guidance of an experienced

practitioner. Neither Loose Id LLC nor its authors will be

responsible for any loss, harm, injury or death resulting

from use of the information contained in any of its titles.

Dedication
For Michelle and John
Chapter One

“Then Daddy’d take your shorts down, put you

over his knee, and give you a good old-fashioned

spanking. You’d listen to Daddy then, wouldn’t you?”

bartender for another gin and soda, making it too

obvious he was only half listening to Daddy.

He’d seen Daddy around here before and had

suspicion that Daddy was not particularly interesting or

arousing. Still, Obey didn’t hold many prospects on a

Monday night, and Aiden didn’t want to cast off the

theatrically while Daddy blistered his ass with what was

shit was a different ball game. Daddy was talking as

—not the kind of sucking Aiden liked to do.

Still, Aiden prided himself on his willingness to try

just about any scene. He had hard limits—blood,

play was the opportunity to take on new characters.

school slut… Aiden had played them all. It wasn’t exactly

the acting career he’d had in mind when he graduated

year. He’d expected to be in New York or Chicago by

now, and he would be if he’d had the money. Aiden tried

not to let it get him down. He knew a lot of people who

took a gap year after graduation to travel, explore, and

“find themselves” before settling down and starting a

what he truly wanted.

He glanced around the bar. A man sat alone at a

table in the corner. Surprisingly handsome—how had

Aiden missed him before? He was in his thirties, with

that, even from a distance, suggested warmth and good

humor. His nose was perfectly straight, his lips full and

his jaw smooth and well-defined. Juxtaposed with this

almost delicate beauty was a firm masculinity. He didn’t

look like someone you’d want to tangle with. Aiden

could imagine those eyes going from warm to—not

cruel, not angry, but distinctly disapproving. Aiden got

the sense that a disapproving look was all this man

needed to cow an opponent.

back to the notebook he’d been writing in.
Who writes in a

leather bar
? Aiden watched him take a sip of his drink.

Aiden was so intrigued and exasperated by the

man’s eccentricity that he almost wanted to sit down

across from him and start flirting up a storm, force the

man to stop writing. Buy him a whiskey. Get him buzzed

“Out of your league,” Daddy said.

Aiden whirled. “What are you talking about?”

“Keaton Hughes. He’s out of your league.”

Aiden laughed. “No one’s out of my league.”

“All right, true enough. But if anyone was, it’d be

to his own short, fleshy body. “Case in point. No, it’s not

his looks—though he is quite striking. It’s something

else. He’s not your typical top. Seen him in here once or

twice. Never takes anyone home. Never plays in the

“But you’ve met him?” For the first time that

evening, Aiden was interested in what Daddy had to say.

“Yeah, nice guy. I’m just not sure what he wants.

Maybe he’s not sure either. Maybe that’s why he’s here.”

Keaton didn’t look like a man who was unsure

about anything. He was still writing in his notebook. He

looked up, and his gaze caught Aiden’s once more, for

just a second. The faintest smile appeared on his face as

he returned to his writing.

Aiden could give him. “Excuse me,” he said to Daddy.

the energy shift in the club. He turned and saw

something that made his heart wobble and collapse.

crossing his broad chest at the gleaming steel ring

between his perfect pecs. He wore thick-soled boots that

Aiden knew he made his subs polish with their tongues,

and kept a quirt tucked casually in his waistband.

Aiden’s ass clenched at the memory of how much that

thing stung. Even Aiden, renowned in the leather

community for his ability to give head, hadn’t lived up

to Scott’s demands when they’d played in Obey’s

pop Aiden’s ass with that quirt whenever he was

Aiden forgot everything, even Keaton Hughes. He

crossed the room as though pulled by a giant magnet,

eyes down, until he stood inches from the enormous pair

of boots. He watched Scott’s weight shift from one foot to

the other, and he swallowed. He willed himself not to

look Scott in the eye.

Difficult, since Scott had gorgeous eyes—electric

blue, holding a promise of excitement and danger. Aiden

obey an order from Scott, and Scott had said in a quiet,

deadly voice,
“Look at me.”
Aiden had somehow forced

his gaze to meet Scott’s and, in an instant, saw the
pleasure

Scott took from being in control, from seeing Aiden

You didn’t look Scott Runge in the eye unless you

pretty much a guarantee you were in trouble.

“Hello, Sir,” Aiden said softly, not sure if Scott

would hear him over the music.

There was no reply, and Aiden thought for sure

Scott hadn’t heard him or was purposely ignoring him.

Suddenly a large, warm hand closed over the back of

“What a pretty boy.” Scott’s voice rumbled. He

tilted Aiden’s chin up. “I remember you. You’re the one

who can’t suck cock worth a damn.”

Hot fury rose in Aiden. Scott would be hard-

pressed to find a top here who agreed with him. Aiden

prided himself on his ability to suck dick, and it

devastated him that Scott Runge, of all people, didn’t

How the taunt in Scott’s voice could seem so

alluring was beyond Aiden.

“Think you can please me this time?”

“I’d like to try, Sir,” Aiden said, lowering his head

again, aware of Scott’s fingers still in his hair.

Scott yanked, and Aiden gasped. His head shot up,

and he saw that more than a few people were watching.

He wondered fleetingly if Keaton Hughes was among

“What do you think, boys?” Scott asked the crowd.

“Think I should give this pretty kid one more chance to

question. Someone yelled, “Do it right here!”

“What do you think, boy?” Scott growled in his ear.

“You coming home with me tonight?”

“Yes, Sir,” Aiden said. It was nothing like the

Lord of a Thousand Nights by Madeline Hunter
The Romulus Equation by Darren Craske
The Buried Treasure on Route 66: A Nancy Keene Mystery by Louise Hathaway
Flame of the West by David Pilling
Restless Spirit by Marsden, Sommer
Falling Capricorn by Dallas Adams
The Pocket Watch by Ceci Giltenan
Losing the Earl: Regency Romance Clean Read (Yearnings for Love Book 2) by Rebecca Grave
All Dressed Up and No Place to Haunt by Rose Pressey
A Silent Ocean Away by DeVa Gantt
Our partner