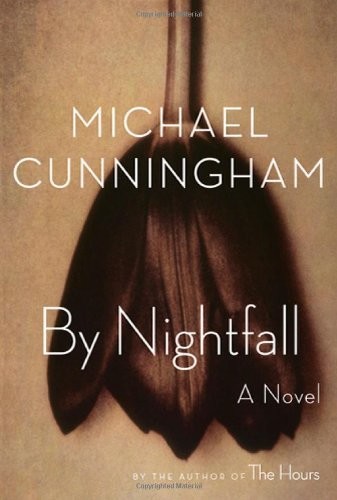 A Home at the End of the World

AN OBJECT OF INCALCULABLE WORTH

This book is for Gail Hochman and Jonathan Galassi

Beauty is nothing but the beginning of terror.

The Mistake is coming to stay for a while.

“Are you mad about Mizzy?” Rebecca says.

“Of course not,” Peter answers.

One of the inscrutable old horses that pull tourist carriages has been hit by a car somewhere up on Broadway, which has stopped traffic all the way down to the Port Authority, which is making Peter and Rebecca late.

“Maybe it’s time to start calling him Ethan,” Rebecca says. “I’ll bet nobody calls him Mizzy anymore but us.”

Mizzy is short for the Mistake.

Outside the cab, pigeons clatter up across the blinking blue of a Sony sign. An elderly bearded man in a soiled, full-length down coat, grand in his way (stately, plump Buck Mulligan?), pushes a grocery cart full of various somethings in various trash bags, going faster than any of the cars.

Inside the cab, the air is full of drowsily potent air freshener, vaguely floral but not really suggestive of anything beyond a chemical compound that must be called “sweet.”

“Did he tell you how long he wants to stay?” Peter asks.

Her eyes go soft. Worrying overmuch about Mizzy (
Ethan
) is a habit she can’t break.

Peter doesn’t pursue it. Who wants to go to a party in mid-argument?

He has a queasy stomach, and a song looping through his head.
I’m sailing away, set an open course for the virgin sea . . .
Where would that have come from? He hasn’t listened to Styx since he was in college.

She sighs, settles her hand lightly on his knee, looks out the window at Eighth Avenue, up which they are now not moving at all. Rebecca is a strong-featured woman—who is often referred to as beautiful but never as pretty. She may or may not notice these small gestures of hers, by which she consoles Peter for his own stinginess.

A gathering of angels appeared above my head.

Peter turns to look out his own window. The cars in the lane beside theirs are inching forward. A slightly battered blue Toyotaish something creeps abreast, full of young men; raucous twenty-something boys blaring music loudly enough that Peter feels the thump-thump of it enter the cab’s frame as they approach. There are six, no, seven of them crammed into the car, all inaudibly shouting or singing; brawny boys tarted up for Saturday night, hair gelled into tines, flickers of silver studs or chains here and there as they roughhouse and bitch-slap. The traffic in their lane picks up speed, and as they pull ahead Peter sees, thinks he sees, that one of them, one of the four clamoring in the backseat, is actually an old man, wearing what must be a spiky black wig, shouting and shoving right along with the others but thin-lipped and hollow-cheeked. He noodles the head of the boy stuffed in next to him, shouts into the boy’s ear (flashing nuclear white veneers?), and then they’re gone, moving with traffic. A moment later, the nimbus of sound they make has been pulled along with them. Now it’s the brown bulk of a delivery truck that offers, in burnished gold, the wing-footed god of FTD. Flowers. Someone is getting flowers.

Peter turns back to Rebecca. An old man in young-guy drag is something to have observed
together
; it’s not really a story to tell her, is it? Besides, aren’t they in the middle of some kind of edgy pre-argument? In a long marriage, you learn to identify a multitude of different atmospheres and weathers.

Rebecca has felt his attention reenter the cab. She looks at him blankly, as if she hadn’t fully expected to see him.

If he dies before she does, will she be able to sense his disembodied presence in a room?

Her lips fold in primly. “No, really, we should set
some
limits with him,” she says. “It’s not a good idea to always just give him whatever he thinks he wants.”

What’s this? All of a sudden,
she’s
chiding
him
about her lost little brother?

“What seems like a reasonable amount of time?” he asks, and is astonished that she does not seem to notice the exasperation in his voice. How can they know each other so little, after all this time?

She pauses, considering, and then, as if she’s forgotten an errand, leans urgently forward and asks the driver, “How do you know it’s an accident involving a horse?”

Even in his spasm of irritation, Peter is able to marvel at women’s ability to ask direct questions of men without seeming to pick a fight.

“Call from the dispatcher,” the driver says, waggling a finger at his earphone. His bald head sits solemnly on the brown plinth of his neck. He, of course, has his own story, and it does not in any way involve the well-dressed middle-aged couple in the back of his cab. His name, according to the plate on the back of the front seat, is Rana Saleem. India? Iran? He might have been a doctor where he comes from. Or a laborer. Or a thief. There’s no way of knowing.

Rebecca nods, settles back in her seat. “I’m thinking more about other kinds of limits,” she says.

“He can’t just rely on other people forever. And, you know. We all still worry about that other thing.”

“You think that’s something his big sister can help him with?”

She closes her eyes, offended now,
now
, when he’d meant to be compassionate.

“What I mean,” Peter says, “is, well. You probably can’t help him change his life, if he doesn’t want to himself. I mean, a drug addict is a sort of bottomless pit.”

She keeps her eyes closed. “He’s been clean for a whole year. When do we stop calling him a drug addict?”

Is he getting sanctimonious? Is he just spouting 12-step truisms he’s picked up God knows where?

The problem with the truth is, it’s so often mild and clichéd.

She says, “Maybe he’s ready for some actual stability.”

Yeah, maybe. Mizzy has informed them, via e-mail, that he’s decided he wants to do something in the arts. That would be Something in the Arts, an occupation toward which he seems to have no cogent intentions. Doesn’t matter. People (some people) are glad when Mizzy expresses any productive inclinations at all.

Peter says, “Then we’ll do what we can to
give
him some stability.”

Rebecca squeezes his knee, affectionately. He has been good.

Behind them, somebody blasts his horn. What exactly does he think
that’s
going to do?

“Maybe we should get out here and take the train,” she says.

“We have such a perfect excuse for being late.”

“Do you think that means we have to
stay
late?”

“Absolutely not. I promise to get you out of there before Mike is drunk enough to start harassing you.”

“That would be so lovely.”

Finally they reach the corner of Eighth Avenue and Central Park South, where the remains of the accident have not yet been entirely cleared away. There, behind the flares and portable stanchions, behind the two cops redirecting traffic into Columbus Circle, is the bashed-up car, a white Mercedes canted at an angle on Fifty-ninth, luridly pink in the flare light. There is what must be the body of the horse, covered by a black tarp. The tarp, tarrily heavy, offers the rise of the horse’s rump. The rest of the body could be anything.

Peter knows: any accident, any reminder of the world’s capacity to cause harm, makes her, makes both of them, panic briefly about Bea. Has she somehow come to New York without telling them? Could she conceivably have been riding in a horse carriage, even though that’s something she’d never do?

Parenthood, it seems, makes you nervous for the rest of your life. Even when your daughter is twenty and full of cheerful, impenetrable rage and not doing all that well in Boston, 240 miles away. Especially then.

He says, “You never think of those horses getting hit by cars. You hardly think of them as animals.”

“There’s a whole . . . cause. About the way those horses are treated.”

Of course there is. Rana Saleem drives a night-shift cab here. Destitute men and women walk the streets with their feet bound in rags. The carriage horses must have dismal lives, their hooves are probably cracked and split from the concrete. How monstrous is it, to go about your business anyway?

“This’ll be good for the pro-horse people, then,” he says.

Why does he sound so callous? He means to be rigorous, not hard; he himself is appalled by how he can sound. He feels at times as if he hasn’t quite mastered the dialect of his own language—that he’s a less-than-fluent speaker of Peter-ese, at the age of forty-four.

No, he’s still only forty-three. Why does he keep wanting to add a year?

“So maybe the poor thing didn’t die in vain,” Rebecca says. She runs a fingertip consolingly along Peter’s jaw.

What marriage doesn’t involve uncountable accretions, a language of gestures, a sense of recognition sharp as a toothache? Unhappy, sure. What couple isn’t unhappy, at least part of the time? But how can the divorce rate be, as they say, skyrocketing? How miserable would you have to get to be able to bear the actual separation, to go off and live your life so utterly unrecognized?

And yet, of course, Peter is mesmerized by the ruined car and the horse’s body. Isn’t this the bitter pleasure of New York City? It’s a mess, like Courbet’s Paris was. It’s squalid and smelly; it’s harmful. It stinks of mortality.

If anything, he’s sorry the horse has been covered up. He wants to see it: yellow teeth bared, tongue lolling, blood black on the pavement. For the traditional ghoulish reasons, but also for . . . evidence. For the sense that he and Rebecca have not only been inconvenienced by an animal’s death but have also been in some small way a part of it; that the horse’s demise includes them, their willingness to mark it. Don’t we always want to see the body? When he and Dan washed Matthew’s corpse (my God, it was almost twenty-five years ago), hadn’t he felt a certain exhilaration he didn’t mention afterward to Dan or, for that matter, to anyone, ever?

The cab creeps into Columbus Circle, and accelerates. At the top of the granite column, the figure of Christopher Columbus (who as it turns out was some kind of mass murderer, right?) wears the faintest hint of pink from the flares that attend the body of the horse.

The point of the party is having gone to the party. The reward is going to dinner afterward, the two of them, and then home again.