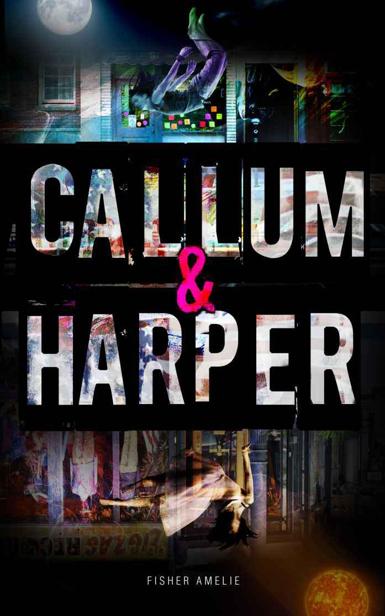 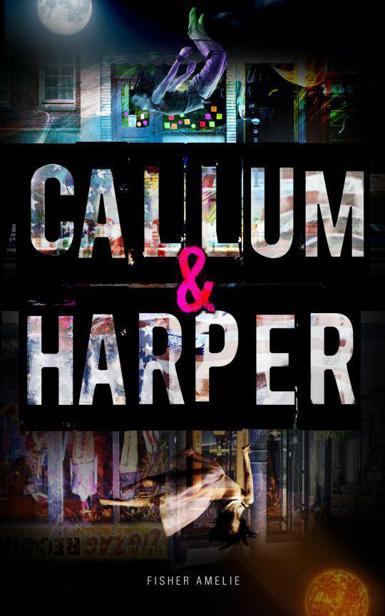 All rights reserved. Except as permitted under the U.S. Copyright Act of 1976, no part of this publication may be reproduced, distributed, or transmitted in any form or by any means, or stored in a database or retrieval system, without the prior written permission of Fisher Amelie. 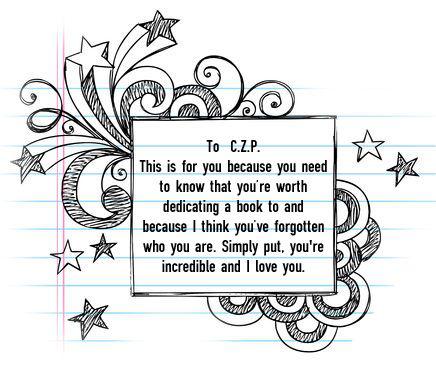 Acknowledgements
There’s a few people I’d like to thank. First, my Plumes. You guys are my other halves. Nobody gets me the way you guys get me. You're all supremely talented and, to be honest, I'm not sure how the heck I got so lucky to call you peers. Also, book tours would be totally lame without you. J.Nunez, you are possibly one of the most sincere people I know. You jumped on my bandwagon and you lead, my friend. Thanks for the advice and the time you took in reading this little story. T.Watson, as fans go, you have to be the best of them all but you’re more than a fan, you’re a lovely friend and as sweet as the day is long. p.s. Say hi to your mama for me. Grandma, the fact that you sit at your table with me and listen to me drone on and on about my characters’ lives as if they were real people makes me want to cry. You’re more generous with me than anyone I know and I love you more than you could possibly comprehend. Thank you for putting up with me. JuJuBean, when you cry ‘mama’ in the mornings, you give me reason to live. And last but certainly not least, the Hubs. You’re the inspiration for my Callums, Elliotts, and all future heroes. You are my very model...
of a modern major general?
No, scratch that. I’m trying too hard. Fact: I love you. So very much. Always have. Always will. p.s. Where do you want to eat? I don’t know. Where do you want to eat? Repeat. 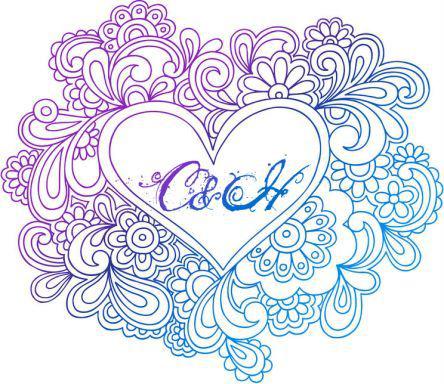 Where is My Mind?

I was sitting next to one of the most beautiful girls I’d ever seen in my entire life. She was so intriguing, I could actually feel the sweat dripping down the back of my neck at the effort it was taking to keep from staring at her. I hoped to God she couldn’t tell...or smell.

If I were to guess, I’d have said she was about five foot, five inches, she had wicked long coppery hair and hazel eyes that looked more gold than green. Her eyes killed me. I believed I could peer into those eyes all day long, maybe on a blanket on the grass, in Central Park, that we could’ve
shared
.

Get it together, Callum,
I thought.
You’re probably making her nervous. You’ve too much shit on your plate, dude.
I paused, mid thought, remembering where we were.
She
is
sitting in the same office you are, bro. Yeah, Callum, she is,
I debated with myself, with only a fleeting thought toward how mentally unstable people who talked to themselves were.
But the last thing this lovely probably wants is to mess around with someone with as much drama as you own.

She tucked her chin into her chest and glanced my direction but when she caught me staring back, she quickly fixed her eyes onto the floor.
Then again....
"Harper Bailey!" A social worker yelled out.  Gold eyes stood up.
Harper Bailey. What an appropriate name.
She even
looked
like a Harper and that made me want to smile for some reason. Harper Bailey looked back at me and flashed a perfect row of white teeth making me melt a little into my seat.

Oh my God, I think I just melted a little bit into the floor.
The guy I'd been sitting next to that entire time was bona fide swoon worthy. If I’d showed a picture of this guy to a hundred girls and asked their opinions, they'd all, without fail, would’ve said, 'swoon worthy'.

If I were to have guessed, he was probably six foot two or three. He had brown hair, piercing  green eyes and a jaw line that screamed 'I might just let you kiss me here'. There’s something about strong jaws that sing to me but his shoulders and back didn't look so shabby, either. Yet another feature he owned, I could say I wouldn’t mind running my hands across.

I could feel his eyes on the back of my head, heating me up from the inside. I shivered involuntarily. Never had someone affected me like that and I was stupefied because I was Harper Bailey, self-professed bachelor and lover of singledom. ‘Rely on no one because people inevitably fail you’ Harper Bailey.

"Callum Tate!" A social worker called. I whipped my head around and watched him walk to their desk. Callum Tate. I liked the sound of that. It sounded sweet, like, 'Hi, my name is Callum Tate and I’m going to take care of you, Harper Bailey', which is exactly what I’d always openly confessed as stupid but also
always
secretly wanted.
Yikes, Harper. Crazy much?
He looked over his shoulder at me. We stopped pretending and smiles ensued. He had a slightly crooked smile which somehow looked amazingly adorable on him.
"Miss Bailey?" I heard.
Oops.
"Yes, Mrs. Carson?"
"If you can trouble yourself to pay attention to me, baby, I can give you some information. Now, when did you turn eighteen?"
"March seventeenth, ma'am."
"Alright, did you finish high school?"
"Yes, ma'am."
"Alright, why did Mrs. Drawing ask you to leave her home?"
"Isn't it obvious?” I said, dropping my arm over the back of the chair next to me. This was my attempt at feigning indifference. I don’t think I was fooling anyone. Truth was, I was scared, no, terrified of being alone. “She won't be receiving benefits for being my foster mother any longer since I've turned eighteen. Her free lunch ticket expired, if you catch my drift."
"Harper, you're always so cheeky, maybe if you'd bite your tongue you wouldn't have been asked to leave."
"Oh, Mrs. Carson, that's why I love you. You make it seem as if it's my mouth that got me kicked out of all those homes when in truth, it was my fists."
And a little bit my mere existence.
"There you go with that mouth, young lady. You're telling me, of all the fights you were in, not
one
of them was your fault?" Her eyebrow arched over one eye. That brow screamed ‘bullshit’.
"I know it's hard to believe, Mrs. Carson, but when someone calls you a variation on the word orphan enough times, it does something to your heart and there's only so many occasions where a person is expected to endure it before they end up punching that someone in the face."
"Hmm," she said, "maybe you're right, baby."
We both laughed loud enough to draw Callum's attention and that tickled my stomach slightly.
That’s smart, Harper. Focus your attention on mister perfect and forget all about how pathetic your situation really is.
"Okay, well," she sighed. "There are homes for those in your situation but this is New York City and they're full up, not an opening in the foreseeable future."

Of course.
"That's fantastic news, Mrs. Carson. Well, that was invigorating, I think I'll leave now." I stood.
"Sit, Harper!" I sat. "Calm down now. I've got some other options for you." She frowned at the mess of papers in her hands. "Harper, the best we can do for you here is to put you on the waiting list for a few homes but until then, you'll just have to make do with the night to night facilities in the city."

I’d heard all sorts of stories about these places. If you didn't get there early enough, you missed your chance to stay and when Mrs. Carson said 'night to night' she meant you literally had to fight to stay there from one night to the next. I’d recently read about two homeless men who’d gotten into a fight vying for a chance at an open spot in line and one of them killed the other for it.

"Alright, put me on the list then and jot me down a few places I can stay until then."
"Already have a printed list.” She said, handing me a piece of paper that had been Xeroxed so often it looked solid black. “Here ya' go. You call me in two weeks and I'll let you know the progress of your name on the permanent housing list."
"Thank you, Mrs. Carson."
"No problem, honey. I'll see you in two weeks."

I stood to leave and gathered the bag that housed every belonging I owned. So essentially, inside my small canvas messenger, were two pairs of jeans, a few button up fitted flannels, one striped dress, and a pair of flip flops. Also inside, was my signed copy of 'To Kill A Mockingbird' by Harper Lee, my namesake and hero, which I’d won at a county fair when my foster family at the time, traveled there to visit their own extended family. I wore my only other pair of jeans and a fitted t-shirt that read, 'Save The Drama For Your Mama'.