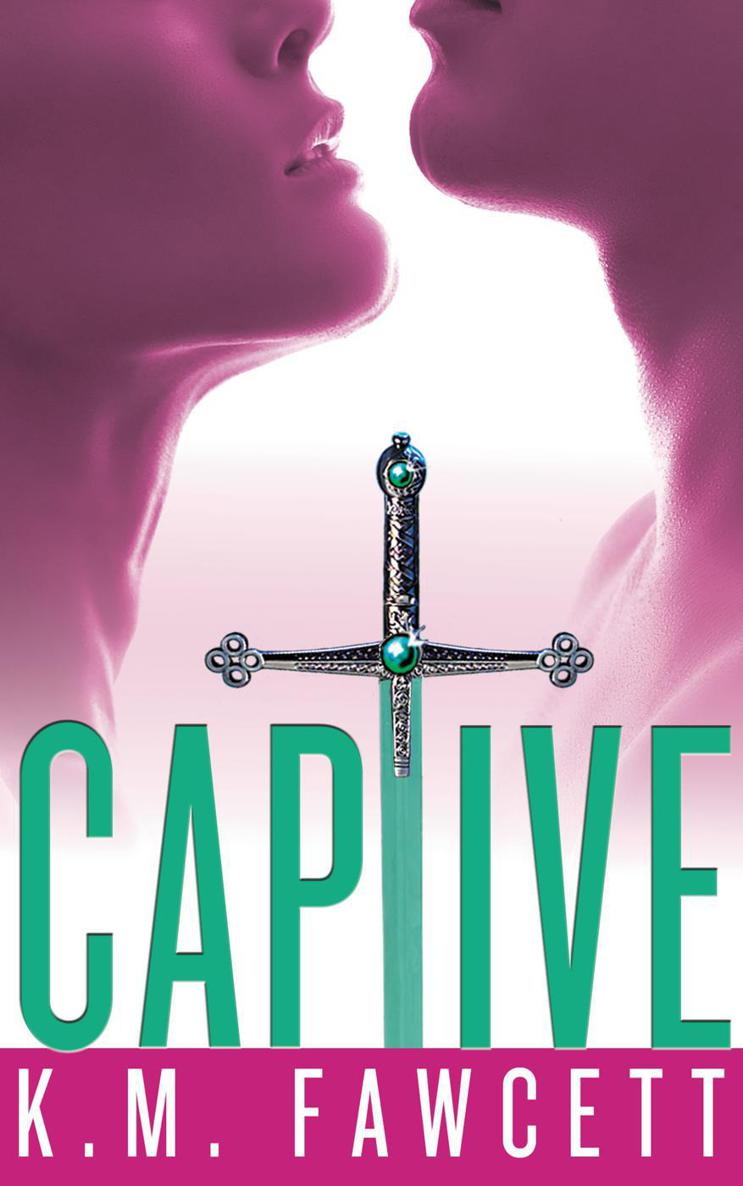 Book 1 in the Survival Race series

A Preview of
Fearless

For Gregory and Julie

With passion and perseverance your dreams will become reality.

D
awson,” the dispatcher’s voice crackled through the radio, “the fire jumped the line. Get to safety, now.”

“I’m evacuating the two mountain bikers as we speak. We’ll be in Happy Camp in about twenty minutes.” Officer Addy Dawson raced her Ford Expedition through the tight turns and narrow roads of Klamath National Forest.

In her rearview mirror, an orange beast raged in the distance. It devoured the mountain. Its smoky tongue licked the night’s sky clean of stars and moon.

Wildfires were commonplace in California, especially during hot, dry summers that turned her world into a giant tinderbox. Unfortunately just as commonplace were recreationists who didn’t respect Mother Nature’s awesome power. Case in point: the two shaken teenage boys in the backseat who had ignored the evacuation so they could record the inferno for YouTube.

And were still recording it.

Thank God she had found them before the wind shifted. They never would have survived.

Addy turned north onto Bigfoot Scenic Byway—the main road that ran along the Klamath River—and rounded one of its many bends. Her headlights caught a large hunched-over body darting across the road.

She swerved to avoid hitting it, slammed on the brakes. Pain ripped through her chest as the seat belt tightened, crushing her between it and the boy hurled against the cage behind the driver’s seatback. After catching her breath she asked, “Everyone okay?”

“What happened?” It was the kid with the “Beam me up, Scotty” T-shirt. She guessed he was about fifteen.

“Dude, we almost hit Bigfoot,” the older one said.

“That wasn’t a Sasquatch.” Addy reached for the flashlight in her glove compartment. “It was a man. And by the way he was limping, I’d say he’s hurt.”

She tossed her hat onto the front seat. “To save him, of course.”

“Are you tripping? News flash: there’s a big-ass fire headed this way.”

“Guys, I need you to calm down. We’re a mile ahead of the fire, which gives us ten minutes. I only need two. Sit tight.”

She shut the door, muffling their hollers of protest, and aimed the flashlight into the trees whipping angrily in the blazing wind. The pungent smell of burned and scorched earth made her nose crinkle.

“Hello?” she called. “Sir, can you hear me? You must evacuate the forest immediately. I can drive you to safety.”

She entered the woods where the injured hiker had run. What did he do, vanish? She called out again, flashed the light through the trees and brush, climbed deeper into the forest.

“Sir, you’re putting yourself in grave danger out here. You must come with me. Now.”

The wind gathered strength. Branches struck and scratched her arms and cheek. Powerful gusts of hot air blew her French braid back off her neck. The air tasted of ash. The conflagration was approaching fast.

She’d better get those boys to safety.

Her heart wrenched. She hated leaving the hiker behind, but what choice was there? She couldn’t risk four lives when she could save three. Addy pushed through the undergrowth, making a quick retreat back to her vehicle.

A motor revved. Tires squealed on the pavement.

“Oh, no you don’t!” She sprinted out of the forest in time to see the Expedition’s taillights disappearing into the darkness. “Come back here.” She chased after it, waving her flashlight until she was alone on the empty road.

How the hell did the boys escape from a locked backseat? They couldn’t have. The hiker must have stolen her vehicle. Dammit. Happy Camp Ranger District was as deep in the wilderness and as far from civilization as anyone could get...and eight miles away. The chance of rescue was less than slim. And there was no outrunning a forest fire.

“Dawson to dispatch. My vehicle has been hijacked and is heading your way. I’m stranded on Bigfoot Scenic Byway.”

“Addy, It’s Pierce.” Her ex-boyfriend was the last voice she expected to hear on her radio. He sounded breathless, like he was running. “Head south. I’ll be there in ten minutes.”

Great. He’d be there five minutes too late.

Above her, white lights blinked through the smoky haze billowing and swirling in the sky. It had to be smoke jumpers or a water plane. Her heart raced with hope. “I’m here! Down here!” She waved her arms and flashlight, but there was no sign they noticed her on the ground.

“Dispatch, I can see lights overhead. Inform the craft I’m directly below them.”

“I’m sorry, Officer Dawson, there is no aircraft—”

Her smoke-induced coughing fit and the crackling radio static drowned out the dispatcher’s reply. “Repeat,” she said.

“Dispatch received. There is no aircraft in your vicinity.”

“Then what are these lights hovering above me?” Ash and blackened material fell around her. Sticky residue landed on her arms and caught in her eyelashes. Thick, acrid smoke enveloped her, made her eyes water, choked her. The firestorm raged forward with the speed and shrieking sounds of war bombers.

Adrenaline exploded in her veins.

Addy raced down the embankment of the Klamath River, slipping on the steep slope, riding an avalanche of pebbles. She had been born to the wilderness and always knew she’d die there.

She’d escape in the current. Assuming she could survive the rapids.

She splashed into the river and dove beneath the cool water. Her belt was a twenty-pound weight, sinking her, pulling her deeper and deeper down. When she finally managed to get it off and swim to the surface, she gulped a breath of smoke and ash. Coughed.

Swept backward in the current, she watched the inferno tear down the mountain like a fiery tornado. Or a bloodred beast, ripping apart the earth, consuming everything in its path. Huge trees silhouetted against the blaze spontaneously combusted as superheated air hit them. The explosions screamed in her ears.

Or maybe it was terror.

Rapids broke over her head as she struggled to keep above the white water. She couldn’t stop swallowing water, sucking in charcoal air. Coughing. Gagging. Hacking.

She smashed into stone, and pain ripped through her shoulder. Her leg. White water pummeled her eyes, ears, mouth. She was turned around. Submerged into the silence beneath the water. Reemerged into thunderous chaos. Pitched into unseen obstacles as she tumbled through a rock garden. Chaos. Silence. Chaos. Silence.

It seemed like forever before she broke to the surface again. The forest crackled behind her in the distance. She had escaped the fire. Now to escape the rapids. Fatigued, she willed her aching body to swim for the bank. Water crashed over her again. And again.

A huge, shadowy figure stretched out an arm to her. Pierce? She reached for him.

Addy bolted upright and gasped a deep breath of fresh air. She opened her eyes. The dying orange glow of embers from three fireplaces spun before her. A few blinks later, the images converged into one.

A woodpecker drilled for breakfast inside her skull.

Lifting weak and heavy hands to massage her temples took way more effort than it should have. Odd. She felt no abrasion or pain from being pitched headfirst into the rocks. She checked her shoulder: no bruise. But the light was dim, and her eyes kept pulsing in and out of focus.

Checking her legs, Addy hiked the blanket past her ankles, shins, and— Wait. Where had the blanket come from? Where was she? Besides sitting on long body pillows on the floor. Naked.

Pierce. Of course the guy would take off her sodden clothes after rescuing her, but you’d think he’d have the decency to give her something to wear. It wasn’t like they were dating anymore.

She tried calling his name but no sound came out. She licked dry lips and peered into the room’s darkness. Her vision wavered and her head spun as if in the aftermath of one god-awful hangover. She closed her eyes, waited for the dizziness to pass. When she finally opened them, a thick, white fog clouded her vision. Before she could wave it away, the fog crackled as it dissipated, revealing a sleeping man.

There must have been some potent wacky weeds burning in that forest. Men with chiseled bare chests and six-pack abs did not materialize in her bed. Not even in her dreams. She was too practical for that kind of fantasy. Well, if she had to hallucinate, a hot hunk was a better pick than pink elephants on parade.

A dark line of hair trailed down his belly and under a strategically positioned royal blue satin sheet. One hip and a well-defined thigh were bared. Still asleep, he rolled toward her onto his side.

His heavy leg draped over her thigh. Warm breath tickled the hair on her arm.

Every muscle in her body froze. Every muscle except her heart. That was beating double time. This stranger was no hallucination.

As quietly as she could, Addy eased out from beneath his leg then rolled off the pillows comprising her bed on the floor. She snatched her discarded blanket and—despite the weakness in her body and fumbling fingers—managed to wrap it around her in strapless toga fashion. Her heart now rapped in time with the woodpecker in her skull.

She held her pounding head and stared at the stranger. His black lashes rested peacefully above sharp cheekbones. He had a clean-shaven, square jawline, thick lips that appeared a bit chapped, and a dainty, silver necklace that was way too effeminate to be on this guy.

Nothing about him jogged her memory. Who was he? Had he pulled her from the river? Had he stripped off their wet clothes believing their body heat might prevent hypothermia?

Or had he believed their body heat might prevent a lonely night?

Well, he’d be in for a disappointment. She had three rules about sex: it was never casual, never used as a weapon, and never, ever given as a thank-you gift. That’s what fruit baskets were for.

She’d send him one as soon as she got out of there.

Addy glanced around the dimly lit room—if you could call it a room. Actually, it looked more like a ten-foot box. There were no doors. No windows. Nothing.