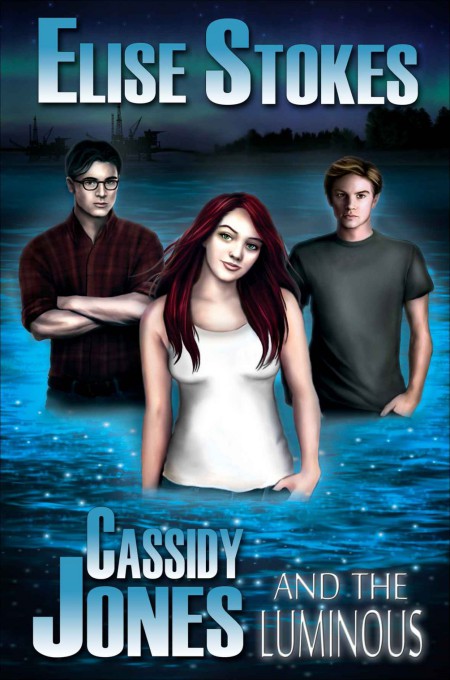 Cassidy Jones and the Luminous

“I said it once, and I’ll say it again: CASSIDY JONES ROCKS!...Ms. Stokes writes on-the-edge-of-your-seat adventures that are appropriate for kids and adults. I am a huge fan…”

“Elise Stokes has outdone herself…The Luminous delivers a great read, with enough action to satisfy the adrenalin junkie, but without losing the depth of the characters or their relationships.”

“Cassidy Jones does it again. She keeps the world safe while dealing with the ordinary stresses of teenage life…”

—Diane Rapp, Author of High Seas Mystery, Heirs to the Throne, and The Alphas Series

‘Cassidy Jones is a spunky heroine who hooks you with her charm and vulnerability right before hitting the fast forward button on a rocket ride of an adventure. You won’t be able to put this down until the very last zinger! Enjoy the ride.”

Cassidy Jones and the Secret Formula

“Brimful of danger, secrets, a bit of romance and fun, this debut author’s entertaining plot and well-drawn characters not only is all it promises to be, but will leave readers looking for more…Highly recommended!”

“I was hooked from the beginning…The plot was generally original, the climax was pretty epic, and the story had some complex concepts that were explained incredibly well. Not only that, but Stokes painted vivid pictures in my mind with her fantastic use of imagery…”

“Everything about this book sucked me in completely…nail-biting action scenes kept the story flowing at a perfect pace, pulling me along on the roller-coaster ride that was Cassidy's life. She was a complete kick-butt heroine who pulled out an arsenal of moves and weapons…”

“As in her first book, Elise Stokes proves herself to be a master of suspense for tweens and teens with her ability to unfold a mystery with shocking twists and unexpected turns, all the while entertaining the reader with story lines of high school drama, relationships and pending romance…”

“Elise Stokes has done it again…This is by far turning out to be one of the most amazing and well-written, middle grade to young adult series I have ever read…This book has it all, wild adventure, non-stop action, hilarious banter, family value and love, teenage angst, and excitement at every turn…simply stunning and beyond superb!”

Cassidy Jones and the Seventh Attendant

“I have never had such a physically visceral reaction to any other story I’ve read. I felt an ache when Cassidy was hurt, fear when her life was in jeopardy, and happiness when she made it through another day. A solid five star adventure.”

“I love this book so much! And I mean that I really, really love it…I’m a lifetime fan of Elise Stokes.”

“Rarely ever have I come across a story that was such a complete and utter joy to read…Cassidy Jones Adventures is, hands down, the best series I’ve had the pleasure of absorbing.”

—Javier A. Robayo, Author of
The Gaze

Name, characters, places, and incidences portrayed in this book are fictitious. Similarities to a real person, alive or deceased, locales, establishments, or events are coincidental and not intended by the author.

CASSIDY JONES AND THE LUMINOUS Copyright © 2014 by Elise Stokes

No part of this book may be reproduced, scanned, or distributed in print or electronic form without permission from the publisher.

Interior book formatting by Amy Eye,
The Eyes for Editing

For the love of my life, David

“There it is again,” Patrick Grimm said to himself.

He pressed his ragged coat sleeve against the warm blood that was trickling through his whiskers, keeping his gaze on the glimmer. Something had punctured his cheek when he’d rolled down the embankment—a rock or a stick, maybe.

A moment beforehand, he had dismissed the twinkle in the dark water as a reflection from the star-studded sky that canopied the lake. On the far end, moonlight exposed shadowy oil rigs, ominously lined up like the statues on Easter Island.
Moai
, he believed was the name of those giant human figures that the Polynesians had carved from stone to warn off invaders.

Patrick hadn’t any idea about the name of the lake. It just happened to be the spot where those rednecks he’d hitched a ride with had shoved him out of their vehicle—a beat-up truck sporting monster tires and a Confederate flag painted on its dented hood. The only thing he knew was that he’d landed somewhere in Montana. O
r was it North Dakota?

Truth be told, Patrick didn’t really care where on God’s green Earth he was.

“Idiot yokels,” he grumbled, busying himself with lighting a cigarette.

Those hicks had dumped him in the middle of nowhere. And they’d all been getting along just fine until his wee-little blunder.

“Who’s the heifer?” he’d sniggered, after he’d glimpsed a snapshot of what had to be the ugliest woman he’d ever seen clipped to the sun visor. He’d assumed it was a joke, seconds before noticing the resemblance between the big boys he’d been sandwiched in between and the woman in the photo.

Patrick shook his head and took a drag off the cigarette. He was always sticking his foot in his mouth, saying and doing the wrong things. If mistakes were dollars, he’d be mighty rich.

Patrick had had every opportunity to make something of himself—an education and a family tree full of shining examples of success. He’d had doors of opportunity opened for him, welcoming him in. But had he taken his shot? No, not him! Instead, he had traveled down the road of screw-ups, with bad choice after bad choice eventually causing him to hit the actual road.

Exhaling a stream of smoke, he narrowed his eyes on the glimmer, making out a distinct speck of light. It was moving.

Virtually in Love by A. Destiny
Primal Shift: Episode 2 by Griffin Hayes
Growing Up Ethnic in America: Contemporary Fiction About Learning to Be American by Maria Mazziotti Gillan, Jennifer Gillan
The Swap by Antony Moore
Road to Dune by Herbert, Brian, Anderson, Kevin J., Herbert, Frank
At the Billionaire’s Wedding by Maya Rodale, Caroline Linden, Miranda Neville, Katharine Ashe
The Worlds We Make by Megan Crewe
The Nakeds by Lisa Glatt
Verdict Suspended by Nielsen, Helen
Regina by Mary Ann Moody
Our partner