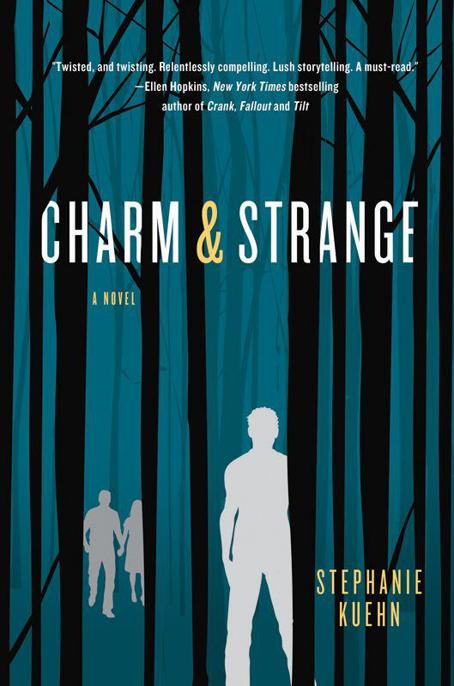 for will. for everything.

Sure he hasn’t got much of a bark

And sure any he has it’s all beside the mark.

I don’t feel the presence of God here.

I pace along the far side of the river, my ears filled with the hum of cicadas and the roar of water flowing over the milldam. Vermont is postcard perfect. I could stand on my toes and peer over the current and the cattails and see the whole town spread before me. Green-shuttered houses. The cobblestone square. The church spire. The boarding school.

I crave the illusion of solitude.

The dark-haired girl, who looks like a boy, watches me from the woods. She’s hunkered down in a birch thicket with bare legs and discerning eyes. I know what she saw and I don’t want her to talk to me, but she’ll try. I’m sure of this. She mistakes my distance for mystery, and she wants to know why I do the things I do.

My sister was the same way. She thought there was a reason for everything.

Me? I don’t think there’s a reason for anything.

Seven years ago, I strode onto the local country club court beneath a punishing Charlottesville sun like a mini Roger Federer. I had the headband. The tennis whites. The killer instinct.

My opponent was Soren Nichols, a nobody compared to me, top seed in the U10 bracket. But I was off my game, got in trouble early. Soren, who had a decent serve and quick feet, easily took advantage of my unforced errors and double faults.

It didn’t take long. I didn’t know how to come from behind. I lost in straight sets in front of the home crowd. Without so much as a glance in the direction of my parents or my coach, I stalked to the net and reached across to shake Soren’s hand.

“Thanks, Drew. You too.” He had a sheepish grin and southern drawl.

Something dark roiled in my gut. A subterranean shift.

No, that was not a good game. Not for me.

People got to their feet between matches, milling across the court, the club grounds. I trailed Soren as his mother hugged him and his father clapped his back. Then I slipped into the narrow alley that ran back toward the clubhouse and waited in the shadows beneath the grandstand.

When he passed by, I stepped onto the walkway. No one could see us.

Soren turned. I took my racket, reached behind me, and cracked it full force across the side of his face. Then I jumped back and gave a little yell of surprise. Like I didn’t know what had happened.

I shook with shame, not regret. Soren was out cold. When he first came to, he really didn’t know. All that swelling. The blood.

An ambulance came. Then a cop car.

When pressed harder about it, I cried. A lot.

“Why’d you let them do that?” the girl asks as she crawls from the bushes. She holds the headphones of her mp3 player carefully in one hand. Her hair’s so short, it’s practically a Caesar cut, but she still has to brush dirt and leaves out of it now that she’s standing in the open.

I edge away from her. Play dumb. Yeah, I know she’s a transfer student, and sure, we have a class together and she just joined the cross-country team, but it’s not like any of that means I want to have an actual conversation with her. Why would I? No one around here ever talks to me without reason.

None of them good.

“Do what?” I ask cautiously.

“Let them get away with pushing you while you were … you know.” She points to my leg. It’s soaked with piss—my own, courtesy of two classmates who decided to assault me on their way back to campus. And no, I didn’t fight back. I never do. That wouldn’t be fair.

Besides, there’s not a lot you can do when somebody punches you midstream.

The girl clears her throat. She’s waiting for my answer, but I step up my playing-dumb game by saying nothing.

She frowns. “So you’re just cool with being treated like that?”

Like what? I wonder, but give a careless shrug. “Kind of looks that way.”

There’s silence and squinting. Her ears aren’t even pierced and she’s wearing oversized athletic shorts that look cheap, like something you’d find in the clearance aisle at CVS. They drape past her knees and bear the silver-and-black logo of some professional sports team. Her whole look is at odds with the rest of the girls around here, who like to show off as much skin as possible, every inch of them tanned, coltish, and prep school sleek. This girl is different. This girl is forgettable.

She speaks again. “You really okay?”

I nod and run a hand through my hair. I’m not wondering anything anymore. I don’t want to know what she’s thinking.

“So where’re you from? I don’t recognize your accent.”

My chest tightens, making it hard for me to breathe. Why, oh, why isn’t she leaving? She should, because I can be cold. I can be a lot of things. But she’s new, lonely. Maybe she thinks she’s found a kindred spirit. “Virginia,” I say finally. “But I’ve been going to school in New England since I was twelve, so my formative years have been spent here.”

Her jaw drops. “You’ve been in boarding school since you were twelve?”

“Don’t you miss your family?”

I stare at her. Hard. Her own accent rings strange to my ear, but you don’t see me asking where she’s from or what her family’s like. “So why were you spying on me?”

“No!” she says, and the red blossoming beneath her olive skin pleases me.

But the girl keeps going. “I was—I’m
supposed
to be checking the snake traps and making sure there’re enough water chestnuts in the back pond for the ecology class. It’s part of my work-study hours. But it’s sort of scary out here after, you know, what
happened
.” She shudders. “Look, I heard a noise. It freaked me out, so I hid. Then I saw you and those guys.…”

Her head tilts back. The hazy afternoon sun slides from behind a cloud and strikes her eyes so that I can no longer look directly at her. I glance at my filthy leg instead.

“Aren’t you the guy who gets carsick?” she asks.

My shoulders twitch. “Excuse me?”

“On the bus, on the way to the Danby meet, last Wednesday. You had all sorts of patches and wristbands on. You looked like a mummy.”

“I don’t know. It just looked kind of ridiculous and like a lot of trouble—”

She sighs. I doubt she likes how this is going any more than I do. “Well, now you know why I was hiding in the bushes. What are you doing all the way out here?”

All the way.
There’s a longing in her voice. Her brown-eyed gaze flicks across the snaking river. We’re a good mile from the covered bridge leading back to school grounds. Two miles from the row of white clapboard dorms.

She doesn’t trust me.

“I think you’ve got a handle on what I was doing,” I tell her. “Seeing as you were watching me and all.”

This helps. She puts her hands on those narrow hips, trying to look tough, and I know she’s pissed, but come on. The laws of nature don’t work like that. I’m a foot taller than her.

“Don’t worry,” she says. “It won’t happen again. You’re not that interesting.”

She stomps onto the trail a few yards away, small legs so close to breaking into a run. The need to flee is held captive in every muscle. But she gives me one more glance.

Don’t. Please don’t say my name
.
You have no idea who I really am.

“What’re you going to do now?”

“I was thinking about washing my leg off in the river.”

“It’s like you don’t even care someone was killed out here.”

I do the shrug thing again because she’s right. It’s like I don’t care. But she’s also wrong, because I do.

I don’t remember my sister’s birth, but I’ve studied the photographs long enough to know she came at midday, greeted by the winter sun streaming through the south-facing windows of my parents’ bedroom. My older brother, Keith, appeared with the sunrise, as a sliver of gray dawn began its quiet march across the vast Virginia sky. Me, on the other hand, I was born at night. Like a secret.

As the story goes, I didn’t care for Siobhan. My parents introduced me to this pink rooting thing when she was just moments old. I watched her suckle from the place I’d recently been pushed away from, saw the doting eyes of my mother, and I hated her.

My parents threw a christening party not long after. I’ve studied those photographs, too. More digital proof of my loss. There’s Keith and me squeezed into navy suits and forced to stand together at the front of the church. I was three then, still soft and wretched in the way most babyish things are. At seven, my brother stretched taller, stringier. My elongated twin. In the photos, our matching red-brown hair is parted neatly, like a crisp statement of accounts. I’m smiling at the camera. He is not.

After the service, lots of family gathered back at our house. Years later, Keith liked to tell me how starved for attention I was that day, as if my neediness were something to joke about. According to him, I threw myself at relative after relative, hoping to be scooped up, loved, only to be knocked aside again and again. Eventually I hid inside a linen closet and waited for someone to notice my absence. Nobody did. Keith found me hours later when he went looking for extra hand towels to put in the powder room.

Don’t worry, I came to love my sister. In fact, I may have loved her most of all, though I never said that out loud. But she knew. I thrilled her. I’d hide and she’d look everywhere for me, her hopeful voice echoing throughout the house as she ran and called out, “Drew! Drew!” Then I’d try to scare her. My heart beat very fast and cool prickles of delight ran up my spine every time I leapt from the shadows and made her scream.

Keith was different, kind where I was brazen. Shortly after that incident at the club with Soren Nichols, we walked to school together. Charlottesville fall, the air still hung with humidity, but the light was changing, becoming more distant, more diffuse. The seasonal fade merged with the wave of darkness rippling in the wake of what I’d done. Everywhere I went, I heard the whispers. I saw the looks. I simply steeled my gaze and perfected an outer shell that promised I was more snob than outcast.