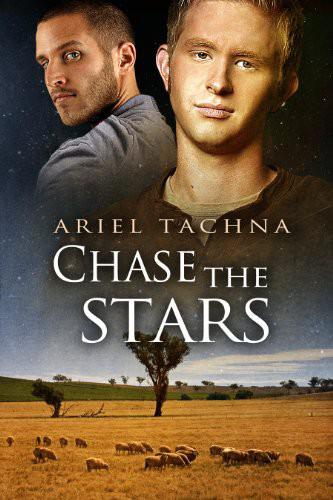 Contemporary M/M Romance at its Finest

“…a well-crafted, beautiful book that I would recommend to anyone looking for a love story that takes courage.” — Guilty Indulgence
“I enjoyed this excellently researched and written book very much and hope there will be additional stories about all of the characters on and near the Lang Down sheep station.” —Mrs. Condit
“This story is beautifully, realistically handled.” —Joyfully Jay

“…one of the most emotionally rewarding and uplifting love stories that I have read in a long time.” —Dark Diva Reviews
“This is one of the best books I have ever read.” —Judging the Book by Its Pages
“…a sweet and stirring novel about the power of love and family.”
—Romance Junkies

Once in a Lifetime

Fallout
Her Two Dads
Inherit the Sky • Chase the Stars The Inventor’s Companion The Matelot
Once in a Lifetime
Overdrive
Out of the Fire
Seducing C.C.
Stolen Moments
A Summer Place

All For One • Checkmate Hot Cargo
Under the Skin
Sutcliffe Cove

WITH
M
ADELEINE
U
RBAN 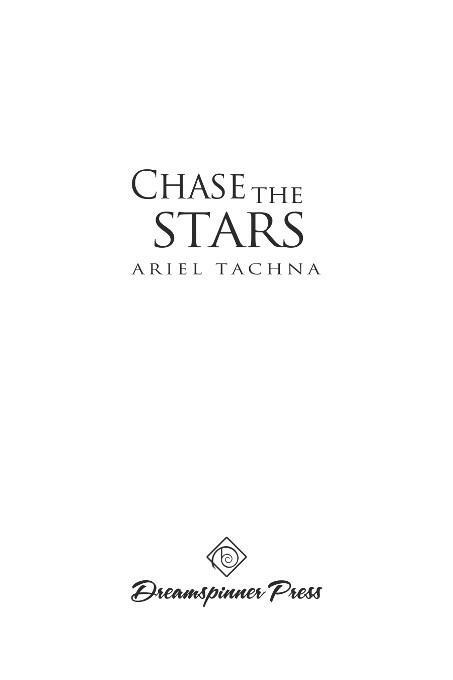 Printed in the United States of America First Edition
September 2012

To Nicki, Emmet, Amy, Mary, and Andrew, who refused to let me give up on this one.

The shouts of the kid who half ran, half fell into the Yass Hotel drew Caine’s attention away from what should have been a quiet lunch with his lover and partner of three months.

“They’re going to kill him. Please, he’s all I have.” “Who?” Macklin asked, rising from the table. “These thugs.” The boy was crying now. “They said

he was a poofter and they’d kill him for it.”

The boy had barely finished his answer before Macklin was out the door.
“Neil—”
“Yes, boss,” the jackaroo at the next table replied,

already on his feet and following Macklin out the door before Caine finished speaking. Ian and Kyle, the other two hands who had come to Yass to help him hire new blood for Lang Downs, followed Neil without being prompted, bringing a smile to Caine’s face despite the seriousness of the situation. He still had trouble believing he had won their loyalty.

“I’m C-c-caine Neiheisel,” Caine said, approaching the boy slowly. His heart pounded in his chest so hard it felt like someone was squeezing his ribs tight, making it hard to breathe. He couldn’t go with Macklin. He was useless in a fight, but that didn’t stop his body’s fight-orflight response. He took a deep breath, shaking his hands slightly to clear the tingling from the rush of adrenaline. “You w-want to have a s-seat?”

“Shouldn’t we go help them?”

Caine shook his head. “Macklin and the others will tt-take care of it, don’t worry. Wh-what’s your name?” “Seth. Are you sure?”
“I’m sure. Macklin won’t stand for that kind of

nonsense,” Caine promised, his confidence so profound that he got that sentence out without a stutter, even as upset as he was at the thought of that kind of homophobia in what constituted his own backyard and the danger it presented to Macklin and himself. “Where are you from?”

“Nowhere anymore,” Seth replied, his voice so bitter Caine wanted to pull the kid into his arms and comfort him. He remembered what it had been like to be a teenager, though, and refrained, figuring the embrace wouldn’t be welcome from a total stranger.

“What about your parents?”
“Mum died six months ago, and the no-good bastard she married kicked us out the day after the funeral,” Seth said. “It’s just Chris and me now, if that scary dude can save him.”
“That ‘scary dude’ is Macklin,” Caine said, “or Mr. Armstrong to you since you can’t be more than fourteen.”
“I’m sixteen,” Seth retorted quickly.
He was way too small and skinny to be sixteen. Not that Caine thought he was lying. It was just proof of how hard his life had been.
Caine had already decided that was going to change. His great-uncle, Michael Lang, had made a habit of taking in strays at his station, much to Caine’s good fortune. He wouldn’t have Macklin now if Uncle Michael hadn’t taken the foreman in when he was the same age as this kid. Now Caine just had to convince Seth that coming to Lang Downs would be the right choice for him and his brother. “So where are you staying?”
“We’ve got a room,” Seth said defensively.
Probably some flop in a drug house so cheap they could afford it.
“Are you using?”
“What? No!”
“Pushing?”
“Fuck no!”
That was good. Caine was all for lending a helping hand, but he would not have drugs on his land. He had too much to lose. “Good. Your brother’s clean too?”
“What’s it to you?”
“I don’t hire men with drug problems.”
“What?”
“If all you’ve got is ‘a room’ and no parents and no one but your brother, that pretty much means no future, at least from where I’m sitting. I run a sheep station north of Boorowa. I thought you might like a job.”
“You’re a Yank!”
“And you’re a brat who is about to lose the best chance to come his way,” Caine retorted. “Ask around if you don’t believe me. I’ve been here all week signing on jackaroos. I’ve got space for two more.”
They didn’t really. They’d hired the last of their crew this morning and planned to head back to Boorowa after lunch to pick up supplies and then drive back to Lang Downs tomorrow morning. Seth didn’t need to know that, though. Caine had already seen enough of the boy’s pride to know he wouldn’t take charity.
It wouldn’t be charity. Seth would work harder on Lang Downs than he had in his life. He’d earn every cent they paid him and his brother. He wouldn’t have many expenses, though, so he could put almost every penny away toward college, if he wanted, or into a savings account against the day he left Lang Downs and pursued a different path in life, and if he chose to stay, he’d have a family to replace the one he’d lost with his mother’s death.

C
HRIS
S
IMMS
grunted as another hard kick landed on his kidneys, directly below his ribs. He’d tried to fight his attackers, but they were too numerous. He’d rolled into a ball instead, trying to protect tender places in the hope that someone would interrupt and scare off his attackers before they killed him. His whole body hurt, sharp lances of agony each time they landed a blow blending with the sea of pain from the injuries they’d already inflicted, but he clung to consciousness and hope. He couldn’t die because he couldn’t abandon Seth the way everyone else in their lives had done. He just couldn’t.

A shout from the street slowed the blows raining down on him. He lifted his head as an avenging angel bore down on his attackers. His vision blurred when he tried to focus on his savior’s face, but then another blow to his head rattled him. His last thought as consciousness deserted him was that the man looked like he was carved out of stone.

M
ACKLIN
stood over the body of the unconscious kid, rubbing absently at his sore knuckles. He was too old to be brawling in the streets, but that hadn’t mattered when he’d seen the kid on the ground being pummeled by five attackers. He supposed this young man was a little older than the one at the hotel, but not by much. The five hoodlums who’d jumped him had changed their minds when faced with real men who knew how to handle themselves in a fight. Macklin spared a quick nod of thanks for Neil, Ian, and Kyle. Neil had a bloody nose where someone had landed a blow, but other than that, they all seemed in good shape. He’d have a bruise on his jaw in the morning, for that matter. “He needs a doctor, but it doesn’t look like anything’s too broken. Get the ute, Ian. We’ll take him to the hospital and see what’s wrong with him.”

“You don’t want to call an ambulance?” Ian asked. “He’s unconscious, but he’s breathing. He isn’t bleeding. We can get him to the hospital probably as fast as an ambo can get here, and that way we don’t have to pay for it. I can guarantee he isn’t an ambulance member.”
Ian nodded and ran toward the truck.
“You should call Caine, boss,” Neil said, staunching the blood flow with his sleeve. “He’ll be worried.”
“Once we get this bloke in the ute and we’re on the way,” Macklin said. “He can take the car and meet us there.”
Macklin looked down at the kid, trying to figure out the best way to move him without hurting him worse. “Neil, get his feet. Kyle, help me with his shoulders.”
The kid moaned softly as they moved him, reassuring Macklin more. He might be unconscious, but he wasn’t in a coma or anything. As they carried him out of the alley and lifted him into the back of the ute, one thought stuck firmly in Macklin’s head.
But for the grace of God in the form of Michael Lang, this could have been him.