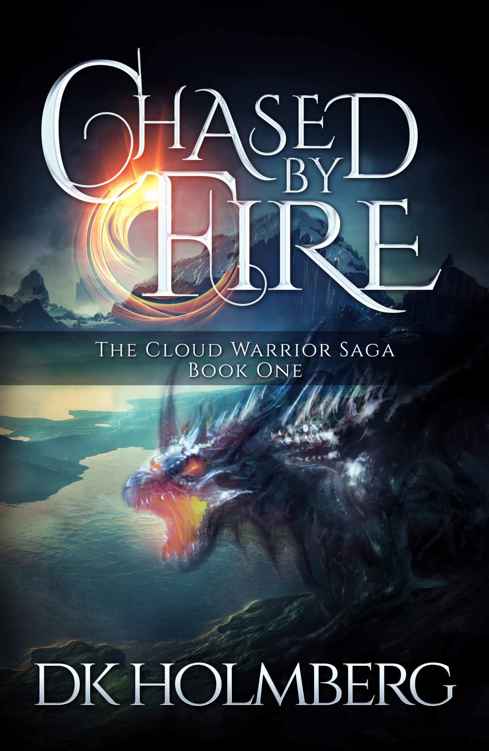 Chapter 2 - Glimpse of the Aeta

Chapter 6 - Stories of the Past

Chapter 7 - Stranger to the Forest

Chapter 14 - Footprints and a Friend

Chapter 19 - A Chance to Relax

Chapter 30 - Away from the Water

Chapter 31 - Key to the Artifact

Disclaimer: The book is licensed for your personal enjoyment only. All rights reserved. This is a work of fiction. All characters and events portrayed in this book are fictional, and any resemblance to real people or incidents is purely coincidental. This book, or parts thereof, may not be reproduced in any form without permission.

In spite of the heat, the howl sent a shiver through Tan. The terrible sound echoed several times during the day, and each time he reacted the same. He checked his bow reflexively, feeling the reassuring weight of the smooth ash. Whatever was out there didn’t belong in his forest.

“There it is again!” Bal cried. She started up the slope until Tan grabbed her, as if expecting to see the source of the sound.

He still couldn’t believe he had found her wandering this high up in the mountains alone. “Not the first time I’ve heard it.” He wiped an arm across his forehead. Tracks piercing the dry earth traced up the slope, winding between massive oaks growing along the steep hillside. Farther up the oaks thinned, leaving the rock bare.

Tan shrugged. “Not sure. I don’t recognize the tracks.” Bal’s eyes widened and he shrugged again. “Not wolves, though. I’ve crossed their track a couple of times already.”

“You’ve seen wolves?” She looked around, as if the huge mountain wolves were worse than whatever had made that horrible sound.

He pulled her back down the slope, keeping his hand on her wrist. “What were you doing up here anyway?”

Bal glanced over her shoulder before meeting his eyes. “I don’t want to say.”

Tan snorted and shook his head, unable to suppress the smirk coming to his face. Typical response from Bal. “Bal?” he pressed.

“I…” She bit her lip as she hesitated. “I followed someone,” she finished in a rush.

Tan frowned. Who would Bal have followed into the forest?

The harsh cry came again, keeping him from asking. He looked up, listening carefully, stretching out his awareness of the forest as his father had once taught him, listening to the sounds of the forest, smelling the air. Closer. Much closer than the last.

The sound meant more than one of these creatures.

The hike back would take most of the day. Tan dreaded seeing his mother when he returned. Since his father’s passing, she was short tempered any time she couldn’t account for him. The death of his father was the biggest reason he remained in Nor rather than leaving and taking an apprenticeship.

Bal bit her lip. “What do you think you were tracking?”

“I’ve never seen anything like it,” he admitted. “Maybe Cobin will know.” Cobin had lived at the edge of the forest for longer than Tan had been alive, and if any in town would know, it would be Cobin.

Bal shrugged. “You think my father will know if you don’t know?”

Tan started off, moving back down the slope. Sweat poured off him and he wished he had brought more than just the single flask of water with him. The upper streams were infrequent here, and with the stifling air, he went through what he brought.

A sudden gust of comforting wind touched his arm, providing a brief cooling relief. Galen was normally a windy land and the heat over the last few weeks was worse for the uncharacteristically stagnant days.

Bal trailed behind him, strangely silent. “What would you have done had I not found you?” Tan asked, glancing back as they made their way down the slope. No trail worked through this part of the forest and they were far from Nor. Bal could have wandered lost for days.

“Followed my tracks back down.”

Tan sensed the hesitation in her voice. “Who’d you follow?”

She turned and didn’t meet his eyes. They moved much farther downslope before she finally answered. “I didn’t mean to follow him. Just sorta got away from me. I thought it strange he’d come up in the hills. Not like him. Too dirty for his type.”

“Bal?” Tan already thought he knew who she meant.

She looked up at him, defiance in her eyes. “I followed Lins.”

Tan laughed and shook his head. “You know what he’ll do if he knew you followed him?”

“No worse than he does to you. Besides, just because he’s Lord Alles’s son doesn’t mean he can do whatever he wants. If the king knew some of the things he does…”

Tan swung around a stump and pointed so Bal didn’t trip. “The king don’t care much what happens in Nor. And Lins…well, Lins will eventually inherit his father’s house, so best we don’t anger him too much.”

She shook her head. “The king. Why wouldn’t he care? We’re right here next to Incendin. And Ethea likes our iron plenty.”

Tan shook his head. Only time the king seemed to care was to summon them to service. Like his father. “Ever seen a shaper here? If Nor is so important, seems we’d be better protected.”

Bal slipped on some loose dirt and Tan grabbed her wrist to keep her upright. “Wish we
had
a shaper. Wouldn’t be so blasted hot.”

She jerked her arm away from him. “Like you know. You’ve seen exactly as many shapers as I’ve seen.”

Tan laughed and let her get ahead of him. Besides, she was right. Maybe shapers could control the weather. The only help Nor got were sensers, and there weren’t many of them. Fewer since Tan’s father died.

“Did you see what he was doing?” Tan asked. Bal had gotten too far in front of him and he didn’t want her to get lost again. Talking slowed her down a little.

She turned and put one hand on her hip as she glared at him. Dirt somehow stained her brown shirt. “Who?”

“Lins. Did you see what he was doing up there?”

She shook her head. “Just saw flashes of him when he got too far ahead. Then I lost him.”

“Didn’t matter. He got too far ahead of me and I lost him. Maybe if I would have—”

Motion at the edge of his vision startled him. Tan should have sensed it, but his ability was weak. Nothing like his father. He waved a hand at Bal, motioning her to remain still. He crept forward, his awareness focused around him like his father had taught him while walking these hills. Doing so made him feel close to him again, however briefly. Long moments passed where he detected nothing.

Then he saw tracks again.

Tan hadn’t followed them down the slope, choosing an easier hike down than the one he took up the mountain, but the tracks appeared anyway. Marked by three toes and in a shape he didn’t recognize, there hadn’t been other signs of these creatures except for the painful cries. Until now.

Thought the forest seemed strangely silent, Tan didn’t sense anything else in the woods. He had practically grown up wandering the forest and hills of Nor, but still a vague sense of unease settled into his chest.

The odd footprint had initially just sparked his curiosity. The climb had begun as a diversion, a way of avoiding his chores for the day. Several sheep had gone missing and most were convinced the wolves took them. So far, Tan saw no sign of wolves in the valley. It had not taken him long to find other prints as he had made his way upslope. Eventually, even tracking became difficult, forcing him to use his weak sensing to find the next print.

The creatures didn’t follow an easy climb. In some places they moved quickly up sheer rock. Other times he went dozens of paces before finding another print. When he had come across Bal, he took it as a sign to turn back.

“What is it?” Bal whispered, edging up to him.

He shook his head. “Not sure. Thought I saw something.”

Tan stared at the ground as he crept forward, searching for the strange print he had been following. “Nothing, I guess.”

Had his mind played tricks on him? He slid forward, eyes focused, ignoring Bal as she spoke to him. There had been something here—he was certain of it. He only had to find proof.

Then he found the next print.

Tan glanced behind him and then turned, looking upslope where they had come. Bal stared at him, a worried look to her face. Had the creature truly been this close to them? Tan turned, kneeling to look at the print, unable to tell how fresh it was.

“There’s another print.” Bal gasped softly. “I think you should get back to Nor. Follow the tree line to the next stream. You can use it to make your way back to town.”

She shook her head. “Not without me.”

“We don’t know what this is. I’ll have an easier time moving in the woods without…” He trailed off before finishing. Bal didn’t need him to insult her too. And she would take anything he said about her slowing him down as an insult.

“Without what? Me pestering you?”

Tan sighed. “I was going to say without worrying about you.”

“Well I wouldn’t want you worrying about me, Tannen Minden!” She stomped off down the slope, making enough noise to scare away anything he might have been tracking. She glanced back at him once, her eyes flashing anger, before disappearing.

He sighed, hating angering Bal, but it was for the best. He would
worry about her and she would
slow him, but it still pained him to upset her. He debated chasing her. Like her, he should return to Nor, but he still hadn’t figured out what made the tracks. It gnawed at him that he hadn’t.

Tan moved slowly upslope, watching for more prints. After a dozen paces, he saw another. Now that he’d found them, he could clearly follow the tracks. The prints wound across the face of the slope, never moving completely upslope or down. No further howls echoed but the sounds of the forest still didn’t return. Gradually, the sun dipped below the tree line. With the fading light, he prepared to abandon his tracking.

Then he found a second set of prints.

They were as unusual as the first, though in a different way. Long, almost as if made by a man, but with a strange dimple near the heel on each. When the print led over a rocky stretch of ground, he realized the dimple came from the nail of a sharp claw that had left scratches along the stone.

The uneasy sensation twisted his stomach and sweat slicked his palms. The original tracks mingled now with the new prints, as if they traveled together.

Was he the hunter or the hunted?

Tan looked around, the area unfamiliar. He focused on slowing his breathing, controlling his emotion and extending his senses into the forest as his father had long ago taught him. In his mind, he saw the path he had taken to get here and knew he could find his way back out. Nothing moved in the forest around him. Something to that feeling bothered him.

Turning toward home, he felt an intrusion upon his senses like an itch at the back of his mind, a sense he’d learned to trust over the years. Tan froze. Any sudden movement might frighten the animal—either to run or to attack. He didn’t want to take any chances. As he moved, the sensation intensified. Tan scanned the forest for the source of his unease, but saw nothing.