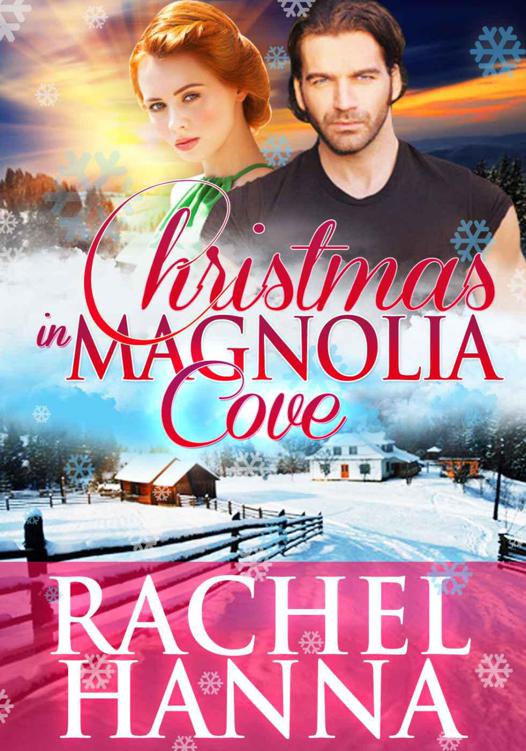 Please connect with me on Facebook so we can chat!

No part of this book may be reproduced or transmitted in any form or by any means, electronic or mechanical including photocopying, recording, or by any information storage and retrieval system, without the written permission of the author.

The scanning, uploading, and/or distribution of this book via the internet or any other means without the prior written permission of the author is illegal and punishable by law.

All characters are fictitious and not based upon any real person, alive or dead.

Madison Carter was known for many things. Her long red hair, her crystal clear blue eyes, and her gift at interior design were just a few of them. Known in Atlanta to be the premier interior designer, clients had been clamoring for her for several years.

At twenty eight years old, she was further ahead in her career than most people she knew from back home in Magnolia Cove. Growing up in the north Georgia mountains hadn’t always been fun for her. She rarely visited her hometown anymore because it brought back some painful memories of being bullied in school.

She had left that world behind, and her life was exciting to her now. As she drove to her next appointment, she felt a surge of pride at how she had transformed herself from a shy, bullied kid into a successful, financially stable interior design superstar. Being engaged to the dashing and sought-after Connor Strickland didn’t hurt either.

Connor had proposed to her last Valentine’s Day. They hadn’t set a date just yet, but she told herself that was just because he was so busy with his real estate investing career. With the holiday season coming, they would have plenty of time to discuss their wedding plans.

Madison’s thoughts were interrupted by the ring of her cell phone.

“Madison Carter,” she answered in her typical professional tone, devoid of her Southern accent.

“Madison, darling, I am so sorry that Carlton and I must cancel our appointment with you today. Our dog, Wellsley, is so sick that we must take him to our vet,” the overdone voice of Cicely Crawford drawled on the other end of the phone. Madison had been chasing the Crawfords as clients for weeks now, so to hear that her long-awaited appointment with them was canceled was very upsetting to her. At the same time, she knew not to ruffle their feathers because they were the center of the Atlanta social scene.

“Not to worry, Cicely. We can just reschedule for next week, alright?” Madison said as she pulled off to the side of the road to look at her calendar.

Once she had confirmed her new appointment time with Cicely, Madison realized that she had some time to kill. Her next appointment wasn’t until four o’clock. She decided that preparing a romantic dinner for Connor would be the best course of action. She stopped by the grocery store to get some wine and ingredients for a fabulous dinner.

Connor had been working a lot lately. The real estate market in Atlanta had taken a tumble in recent years, but Connor was well versed in taking lemons and turning them into lemonade. He commonly bought fixer-upper properties and rehabbed them, with Madison coming in on the back end to do the interior design. They made a great team in Madison’s mind.

As Madison pulled into the driveway of the cozy Atlanta cottage-style house that they shared, she noticed that Connor’s car was in the driveway. It was unusual for him to be home during the middle of the day.  He was usually at a real estate closing, walk-through, or some other kind of meeting. She thought it odd that he had not called her, but he also didn’t know that her schedule had changed. For all he knew, she was deep in negotiations with the Crawfords right now.

In an effort to surprise him, she quietly unlocked the front door and tiptoed through the living room. The house was silent until she made her way down the hall to the master bedroom. Hearing what sounded like groans, she pushed on the cracked master bedroom door.

Madison’s heart sank as she stood there frozen, watching Connor make love to another woman. She was busty and blond - exactly the opposite of Madison. Both of them were naked, and the woman was straddling him in their bed.

How could he do this? Madison stood there for several moments watching them. She knew that she shouldn’t, but she could not force herself to speak. Her legs would not move. Her lungs felt like they were full of molasses as she watched the woman rock up and down while her fiancé and boyfriend of five years grinned from ear to ear.

“Connor,” was all that Madison was finally able to utter. Standing with her mouth gaping open and tears streaming from her eyes, she stared at the couple in her bed.

“Oh, gosh, Madison…” Connor said quickly sitting up as the woman covered herself with sheets next to him.

“In our bed? Seriously?” Madison finally forced herself to say as she slowly walked into the room.

“Madison, I was going to talk to you…” Connor stammered as he reached for his underwear on the side table and slid them on.

“Talk to me? What were you going to talk to me about exactly? Were you going to ask me if it was okay to screw some random slut in our bed? Because my answer would have been no, in case you were wondering…” she said sarcastically.

“Don’t call her a slut, Madison,” he said with a glare as he located his shirt and jeans on the floor.

Madison’s blue eyes had glints of fire shooting from them as she glared at Connor. Had he just defended this naked tramp?

“Are you defending her?” Madison asked with a scowl.

“You don’t know the situation. That’s why we need to talk,” he said pushing her back out of the bedroom and down the hallway as he struggled to pull his jeans back on.

Madison stood in the living room of her home, and suddenly nothing looked familiar to her. Everything that she thought they had was gone. Twisting the one carat diamond ring he gave her around on her finger, which had become a habit, made her stomach churn.

Staring blankly at Connor, she waited for answers. She wanted some magical response that would make this all go away. She wanted to feel better, to rewind to fifteen minutes ago, to never have seen what she saw. Would it have been better to have stayed in the dark? She sank down onto the sofa. He finally got completely dressed again, which was a good thing since she had toyed with the idea of grabbing a pair of scissors and...

“Madison, I want out.” His words seared her like a branding iron. Her heart was beating wildly in her chest as she continued looking at him. “Getting engaged was the wrong thing to do. I was getting pressure from my parents to get married, and I made a bad decision…”

“Sometimes.” Connor was unapologetic and honest. Why hadn’t he been honest before?

“I didn’t want to hurt you, Madison,” he said trying to reach out and touch her arm. She pulled back and balled her fist.

“Don’t you touch me, you piece of crap! Did you think it wouldn’t hurt me to walk in and see her riding you in our bed?” she asked standing up with tears returning to her eyes.

“I had no idea you would be here. I thought you had a meeting…”

“Oh, well, that makes it all better then,” she said through gritted teeth. She took the ring off of her finger and put it on the coffee table. “I want you to leave so that I can pack my things and get the hell out of here tomorrow.”

“None of this is fair, Connor. We had something great for a long time, and I deserved better than this. I’m just glad I found out what a sorry piece of crap you were before I married you.”

Before he could respond, the blond woman slowly walked down the hallway.

“Sweetie, I am going to be late getting back to work, so can you take me?” She made sure to look at Connor and avoid eye contact with Madison. As a redhead with piercing blue eyes, Madison could look scary when she wanted.

“You know, you are something else, woman. What kind of skank are you? Do you just go around sleeping with random men?” Madison was now in her face.

“Connor and I have known each other for years, actually. He loves me,” she said smiling at him.

“Love?” Madison swung around and looked at Connor.

“Yes, love. Melissa and I have known each other since we were in college. We ran into each other a few months ago at an investor’s meeting. I’m sorry to hurt you, Madison, but I love Melissa…” he said as he stood and put his arm around the woman.

“Get out. Both of you. And don’t come back here until after lunch tomorrow. I will be gone by then.” She wouldn’t look at either of them as they walked out the front door
.

Madison slumped down onto the sofa where she and Connor had made love many times. As she looked around the room, the memories hit her like bricks. She had to get out of the house and out of the city for awhile, and she knew just where to go.

Magnolia Cove had been both a blessing and a curse to Madison over the years. When she was a young child, her small world had meant everything to her. As her car pulled into the town square, she felt a sense of peace mixed with anxiety come over her. The last time she’d left here her heart was broken. Now, she had come back with yet another broken heart.

The mountains surrounded the small town, and nothing looked any different than it had the thousands of times she had walked those sidewalks in her youth. The shops all looked the same, which was comforting in a weird sort of way.

Madison made her way through the town and off onto a side street that led up the side of a mountain. Her family farm was nestled in the cove, and she could see it as she drove up the steep incline. The house, a large white Victorian, held many memories from her childhood. Her first big birthday party with friends. Her mother’s fresh baked apple pies on Sunday after church. Playing hide-and-go-seek with her older sister, Samantha.

Darling Jenny by Janet Dailey
Tableland by D. E. Harker
PETALS AND THORNS by PARIS, JENNIFER
Blood & Tears (Jane #3) by Samantha Warren
What Comes After by Steve Watkins
The Husband Hunt by Lynsay Sands
The Wand-Maker's Debate: Osric's Wand: Book One by Albrecht Jr., Jack D., Ashley Delay
The Death and Life of Superman by Roger Stern
Amy Winehouse by Chas Newkey-Burden
Words of Stone by Kevin Henkes
Our partner