Read Christmas on My Mind Online

Christmas on My Mind 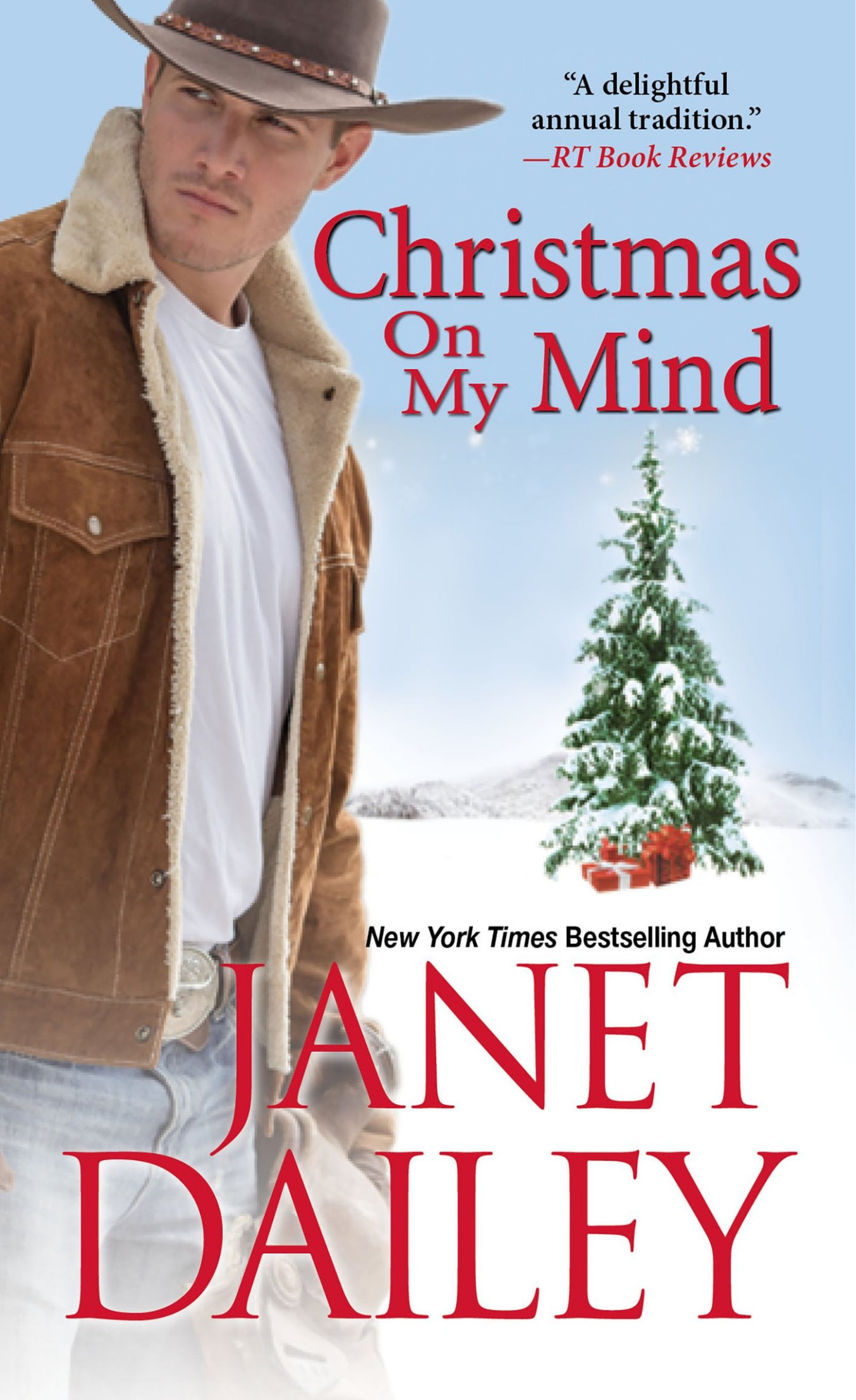 HE WAS FLAT-OUT GORGEOUS, WITH DARK BROWN HAIR, A SQUARE-JAWED FACE, AND STERN COPPERY EYES.
But she wasn't looking for gorgeous here, Jess reminded herself. In her roller-coaster life, the hot-looking men she'd known had turned out to be nothing but bad news. Besides, there was no way a male as spectacular as this long, tall lawman wouldn't have some woman's brand on him.
“Having trouble, Miss?” His drawl was pure Texas honey.
Jess willed herself not to sound like a helpless whiner. “My car broke down. I was about to push it off the road, so nobody would hit it.”
A faint smile deepened the dimple in his left cheek. “Could you use some help, or should I just leave you to it?”
More Christmas romance from Janet Dailey
Â
Â
Long, Tall Christmas
Christmas in Cowboy Country
Merry Christmas, Cowboy
A Cowboy Under My Christmas Tree
Mistletoe and Molly
To Santa with Love
Let's Be Jolly
Maybe This Christmas
Happy Holidays
Scrooge Wore Spurs
Eve's Christmas
Searching for Santa
Santa in Montana
JANET DAILEY
Christmas on My Mind

Butterfly Fish by Irenosen Okojie
Ice by Anna Kavan
Better Together by Sheila O'Flanagan
Rifles: Six Years With Wellington's Legendary Sharpshooters by Mark Urban
REBEL: #4.5 The Beat and The Pulse by Amity Cross
One-Click Buy: November Harlequin Presents by Susan Stephens
Fire In Her Eyes by Amanda Heath
Hitler's Olympics by Christopher Hilton
Shadows at Stonewylde by Kit Berry
The Crook and Flail by L. M. Ironside
Our partner