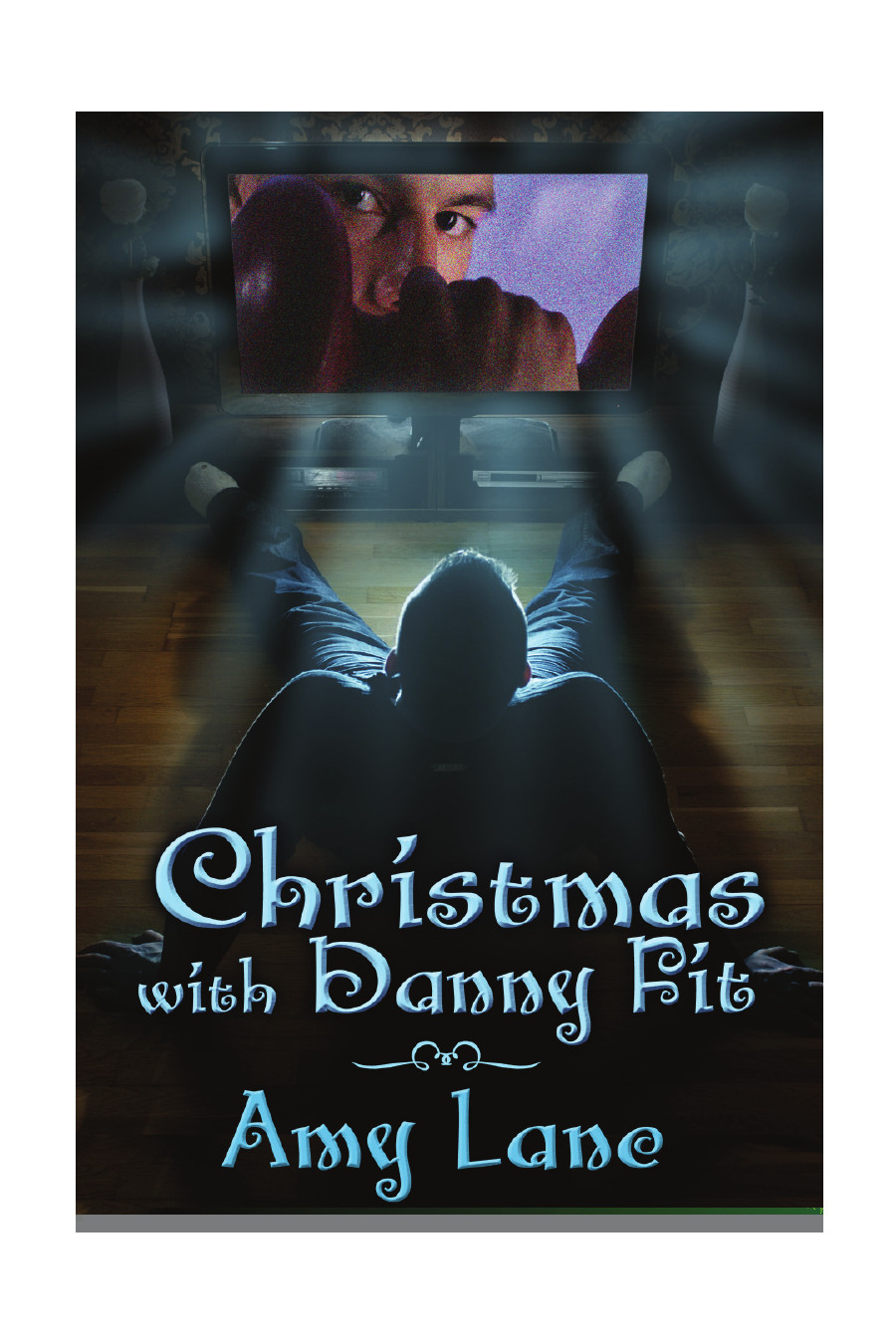 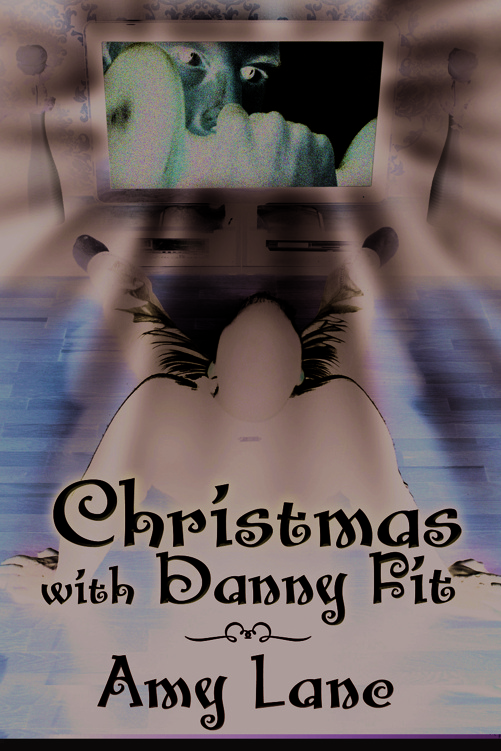 KIT ALLEN moved out of his mother’s house one week after he started his new workout regimen, two months after he got his new personal assistant at work, and six weeks before Christmas. He was thirty years old, and these events had more in common than first meets the eye—all except the Christmas.

Jesse, his new assistant, was a beautiful man, with hair the color of dark honey and sloe brown eyes. He keyboarded like the wind, understood the internet like a prodigy, ran interference when Kit was getting work done, and prodded him to get up out of his seat and move around when he’d done too much work and had to force himself to remember to breathe. He was constantly trying to anticipate Kit’s needs, and since Kit didn’t seem to need much, he was constantly trying to bring Kit things—coffee, water, a funny YouTube.com video he’d never seen—that Kit hadn’t known he needed but apparently couldn’t live without.

Something about Jesse made Kit supremely aware of the fact that he was forty pounds heavy and had never gotten laid.

It wasn’t that Jesse
tried
to make Kit feel uncomfortable. In fact, just the opposite. Jesse went out of his way to be friendly, and since Kit had always been a shy, awkward sort of boy and then a reserved, awkward sort of man, overtures of friendship were foreign to him.

“Would you like me to get you coffee, Mr. Allen?”

“Uhm….” And suddenly another cup of coffee sounded both
wonderful and frightening.

“How about some water? Water’s good for you, you know.”

“Uhm….” It was the first time in his life he’d ever felt that
something good for him would actually
seem
good for him.

Jesse would offer to eat lunch with him when he worked at his desk, and Kit would freeze, absolutely stunned. Should he make conversation? Should he work on the tables and figures he’d stayed in his office to finish in the first place? Holy crap! How was he supposed to behave when Jesse sat and chatted to him about television and movies and….

“
Yeah,” Kit said in bemusement, “I thought David Tennant was
the best
Doctor Who
. How could you not? But I think Matt Smith
has a lot of potential—he’s got this wise thing about him that makes
him seem a little older, you know?”

Jesse’s face lit up, and he looked a little surprised as well.

“Absolutely—and I think Amelia Pond is adorable. Donna Tate
seemed like a lot of fun too—probably less likely to try to get into
my pants, which would be more comfortable. So tell me, do you like
Torchwood
too?”

As it turned out, both of them shared a deep and abiding love of science fiction television, starting with
Doctor Who
and moving on to
Torchwood, Being Human, Firefly, Dollhouse, Stargate (SG-1,
Atlantis,
and
Universe!), Battlestar Galactica, Babylon 5,
Warehouse 13, Eureka,
and even that most holy of holies,
Star
Trek,
all five incarnations, including the only spin-off not to make it seven seasons,
Enterprise.

After that first week, lunch became less and less about doing work at his desk and more and more about talking about sci-fi with Jesse.

It was at the end of the second month that Kit saw Jesse with some of the other men from his building, playing basketball in the yard across the street from their accounting firm in the slanting November sun. He’d waved, and Jesse had waved back, but after a couple of months of working together—and eating lunch and yearning, at least on Kit’s part—Kit was not quite sure if he was comfortable enough to go up and say anything.

“Hey, boss-man! Come join us!” Jesse called, his breath steaming in the sharp November air. Kit looked up, feeling helpless again. Jesse was wearing an old sleeveless T-shirt, and sweats, and tennis shoes with socks that did
not
go up to his knees, and he was casual and sweating, and the razor-gold sun glistened off his shoulders, and the muscles in his biceps looked firm and hard and defined and, well….

Kit was Kit. Short for Christopher. Had played the tuba in the band, but had nearly hyperventilated from carrying all that weight during the parade.

“Maybe next week!” he called desperately. “Got dinner plans!”

Well, sort of. His mother expected him home for dinner, but he didn’t feel any compulsion, really, to make it there on time.

she tended to cook with cheese, butter, and bacon, and Kit was fully aware that some of what he carried around on his ass came from that table and nowhere else. But he thought that maybe, with a week of preparation, he could find a way to play basketball and not feel like a marshmallow in a tracksuit.

So he went to Borders and bought some workout videos and went home and introduced himself to Danny Fit.

He spent that first evening in his room getting to know Danny as the fitness guru on the DVD took Kit through strength training, cardio, and finally (thank God!) ten minutes of yoga and cool-down.

Danny was tall, early fortyish, with toffee-brown hair and pebble-dark eyes and a blinding white smile in lean tanned cheeks. Danny had a long, lithe, perfectly trained body where every muscle popped out like an anatomy poster, except covered with golden smooth skin.

By the time Kit was done with the yoga video, he had such an aching erection that he brought himself off in his pants as he writhed on the yoga mat.

He hadn’t masturbated since he was fifteen, when he realized he was jerking off to the jocks in his gym class instead of the pretty girls in French, and that his mother
must
be right—playing with himself was sick and wrong, and he shouldn’t do it.

But since then, Kit had been to college. He knew what gay was, and he knew he was it, and he knew that he’d never settle down with a nice girl like his mother kept telling him to do before he moved out. His mother was older and ill and cranky. Nobody liked her. She had no friends. If he left her, she’d have no one. Kit had been unwilling to have the “gay” discussion with her, so he had simply sat on his sexuality, squashing it down with creampuffs in the morning and potatoes at night. He’d sat on it, and it had lain there, flat and uninteresting and pretty much playing dead.

And then Jesse had looked at him with sloe eyes and said,

“You know, David Tennant doesn’t look like a llama at all.”

And then Danny Fit had worn loose pants during a warm-up, and Kit had seen his junk flopping heavily under his shorts.

And now Kit’s cock—which had mostly been used for taking a leak before that moment—woke up and screamed
I WANT! FEED

ME ASSHOLE!
And Kit had given it a good handshake until it threw up.

One was that his body felt like it had been hit by a tractor.

He was
really
out of shape.

The other was that he needed a sex life, even if it was an imaginary sex life with a guy who was probably straight. (At that point, he wasn’t sure if he was imagining Danny or Jesse—but he didn’t think it mattered.)

Then his mother started banging on the door. “Christopher!

Christopher! I’m going to bed now! I need you to turn the television down! For chrissakes it’s almost nine o’clock! What the hell are you listening to? I won’t put up with no fornication videos, you know that, Christopher!”

Kit rolled over to his back and pushed himself heavily off the yoga mat, wiping his hand on the inside of his shorts. “Ma?”

“What?” The smell of tobacco wafted through the door. Oh yay—another Virginia Slims bit the dust.

“I’m moving out next week.”

“I’ll believe that when I see it! Don’t be stupid, Christopher.

You don’t have anyone to take care of you! What the hell are you going to do in your own place?”

Kit thought about it and pushed up his meaty body. “Go on a diet and get a cat. Now go away, Ma. I’ve got to take a shower.”

The next day was Saturday. By the end of the day he had a nice little house lined up, not too far from the accounting firm he worked at in downtown Sac. It was brick, in the thirty blocks (so, pretty damned nice, since he’d saved up a lovely fat down payment while living with his mother), had hardwood floors in the living room and two bedrooms, and green tile in the kitchen and bathroom. It had a small front yard and a backyard big enough for some hydrangeas and a cat. It had a one-car garage, central heat and air, and decorative wrought iron around the windows.

Kit figured he could be an aging gay man in there with considerably more personal space and comfort than he had in his mother’s home.

And the only thing that smelled like cigarette smoke was him.

On Sunday, after surprising the hell out of a real estate broker—and thanking the gods that the previous owners had already moved and were waiting for a quick sale—he went shopping for some furniture. He bought nothing with flowers, nothing with a lever that reclined, and nothing in pastels. It was all deep colors—a dark-brown couch, a dark-burgundy loveseat, and a dark-navy stuffed chair, in corduroy, even though he was pretty sure a cat would shed all over it.

He didn’t care. His furniture. His cat.

He tied it all together with a black throw rug with all the dark colors tumbling about the dark surface like blocks. He was Amy Lane

pleased with the results. He was particularly pleased that it looked like a man’s furniture. His mother’s constant bitching about

“those girlie faggot boys, taking over the whole goddamned world”

didn’t seem to have rung true for him.

He got the furniture on sale, because it was three weeks before Thanksgiving, and he was mildly surprised—for once he didn’t have to think about frozen turkey and potato buds. For once, he would have something to be thankful for. The quick sale of the house coincided with the furniture delivery—
oh my God and
holy crap.
He would be moving in the Saturday before Thanksgiving.

The thought made him a little dizzy, and he flopped down on the showroom model of his newly purchased loveseat and sat there, just beaming, until he was pretty sure he made the salesgirl uncomfortable.

It didn’t matter—he’d already put the money down. He was safe.

When he got home from all that, his mother asked him where he’d been.

“Real fucking funny, Christopher. Seriously. The neighbor’s dog’s been yapping all fucking day—I need you to tell it to shut up.”

“Neither do I. Excuse me, Ma. I want to work out before bed.”

He’d worked out the night before—really worked out, not worked out and jerked off—and he felt like shit. His shoulders Amy Lane

kept cramping, his legs kept tingling, and his stomach ached in odd ways from the yoga. But then, he’d felt like shit for so much of his life, he figured this was just a higher-quality shit.

He skipped it because of the girl.

Danny had two girls, a sweet little girl in green leotards with red hair, and a dark-haired dynamo with a
big
smile and fan
tast
ic tits. The girl in the green leotards looked nice, like someone’s mother or sister or best friend, and she helped Danny on the cardio video.