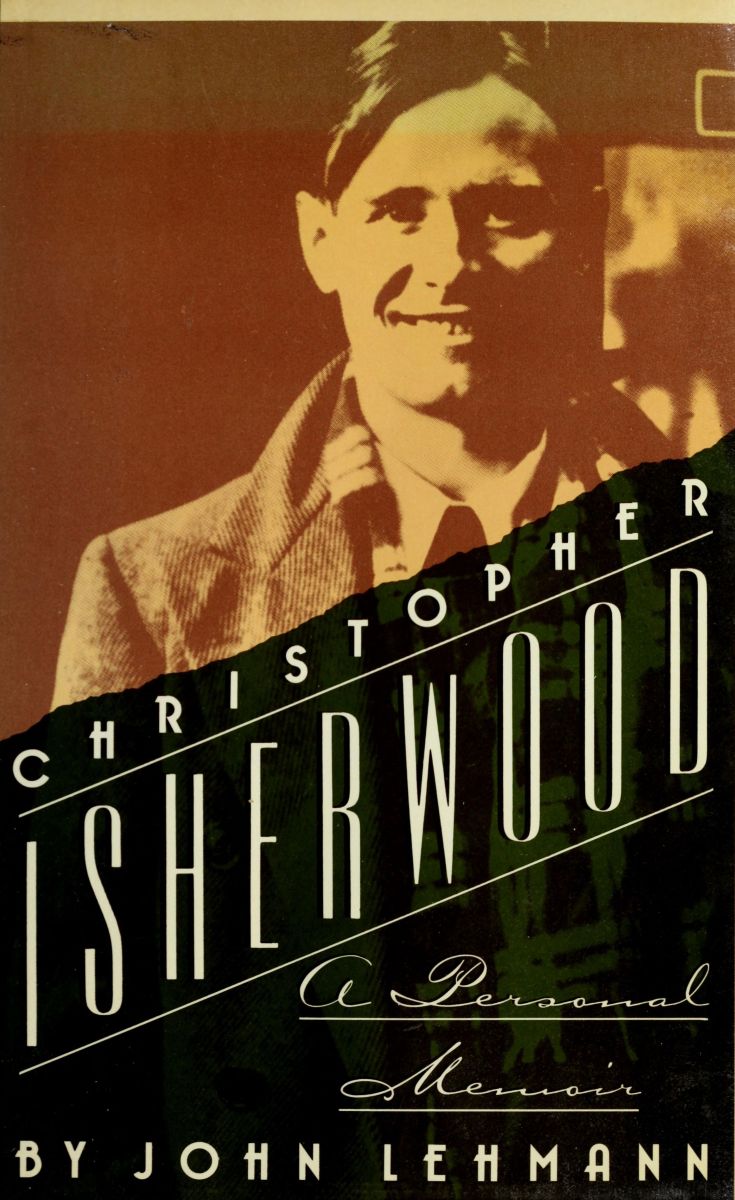 John Lehmann joined Leonard and Virginia Woolf’s Hogarth Press in 1931 as trainee manager and shortly thereafter became the publisher of Christopher Isherwood’s second novel,
The Memorial.
In this personal memoir, Lehmann has used his own diaries and characteristic letters from Isherwood to recount the friendship that continued for more than fifty years. The two collaborated on a literary magazine,
New Writing,
which included excerpts from Isherwood’s work in progress, and their correspondence over the years touched on a fascinating variety of people and creative activity in the arts.

Lehmann sheds new light on the events of the thirties: Isherwood’s moves around Europe with his friend Heinz, who was trying to escape induction into the German army, and the further development of Isherwood’s writing plans. Particularly illuminating is the account of the genesis of Isherwood’s stories about Berlin life, which were published as
The Last of Mr. Norris
and
Goodbye to Berlin.
From the latter came
Sally Bowles,
originally an extended short story, which was made into the play
I Am a Camera’,
a film; a musical,
Cabaret’,
and finally a film of the musical.

As the shadow of war lengthened over Europe in 1939, Isherwood decided to leave for the United States with his close friend W. H. Auden. He was already being talked about as the hope of English fiction in his generation.

The correspondence with Lehmann continued once Isherwood settled in California; it shows his feelings about becoming a pacifist, his initiation into the meaning and aspirations of Vedanta, and his early adventures as a scriptwriter in Hollywood. Lehmann was his confidant in many of the most important decisions of his life and gives a unique insight into the states of mind and way of life of one of the most celebrated writers of this century.

John Lehmann, poet, publisher, and author, who died in 1987 just after this book was completed, was known to a whole generation as editor and founder of
New Writing

His many books include three volumes of autobiography,
Collected Poems
,

Thrown to the Woolfs
,

The Strange Destiny of Rupert Brooke,

The Noise of History

Prometheus and the Bolsheviks

The Sphere of Glass

The Age of the Dragon

I am My Brother

A Nest of Tigers

In My Own Time

The Reader at Night and Other Poems

Virginia Woolf and Her World

In the Purely Pagan Sense

Edward Lear and His World

Thrown to the Woolfs

Rupert Brooke: His Life and His Legend

Copyright © 1987 by the estate of John Lehmann

All rights reserved, including the right to reproduce

this book or portions thereof in any form.

First published in the United States in 1988 by

The publishers would like to thank Rachel Gould, Miles Huddleston,

Charles Osborne, Ian Irvine and Alexis Rassine for their help with

preparing the manuscript for press.

A lithograph of Isherwood and Don Bachardy by David Hockney, 1976 (Barry Artist)

Drawings of Isherwood by Don Bachardy done during Christopher’s last illness in September 1985.

The cover of
Penguin New Writing,
No. 7 (John Lehmann)

W
hen
I first met him in 1932, Christopher Isherwood was twenty-eight years old, having been born in August 1904 at one of the two rather grand houses that belonged to his family, Wyberslegh Hall, High Lane, Cheshire. His father was a professional soldier, though rather reluctantly as his real interest lay in the arts; music and painting in particular. He was himself a water-colourist with a certain individual gift which he never had time or opportunity to develop. His taste was shared by his wife, Christopher’s mother, though the son doesn’t seem to have realized it until many years later, when he read his mother’s diaries. His father was killed in the Battle of the Somme in 1916, though for a long time he was only acknowledged officially as ‘missing’.

At his prep school Christopher found himself a fellow-pupil of Wystan Auden, but he did not become close to him until they were both at university, Auden at Oxford, Christopher at Cambridge. At his public school, Repton, he met Edward Upward, and formed a devoted friendship with him. They were both intensely interested in writing, Christopher in writing novels,
Upward in poetry, though he afterwards turned to fiction. When he began to publish, Christopher, with only one exception, always sought to find approval first from Upward. This was the more remarkable, as Christopher by then had acknowledged himself as homosexual, and Upward was always heterosexual. At Repton, they created a fantasy world together, which developed at Cambridge into Mortmere, which occupied much of their imaginations for many years, becoming more and more extravagant as time went on. They used to write stories of Mortmere to one another every night, many of which have survived, but are not publishable, the only exception being ‘The Railway Accident’, which was eventually published in America. Christopher scrapped his first novel, keeping only the title, ‘Lions and Shadows’, for future use. He also scrapped the second novel, ‘Christopher Garland’, but the third novel, ‘Seascape with Figures’ turned into
All the Conspirators
and was accepted and published by Cape in May 1928. In spite of having won an outstanding scholarship to Corpus Christi, Christopher gradually disengaged himself from Cambridge, making a joke of his exams, to the scandal of his tutor and his family. While he was at Cambridge he was inveigled into the film world by his friend Roger Burford, and it remained a passion for him to the end of his life. At the beginning of his adult life he only had two small allowances to live off, one from his Uncle Henry (whose heir he was) and one from his mother. He determined to make his living by writing.

Wormwood Echoes by Laken Cane
The Meaning of Recognition by Clive James
Death in Twilight by Jason Fields
Her Alpha Lover: A Draken and Charli Boxed Set by Richensexi, Amanda
Athena Lee Chronicles 8: Infiltration by T. S. Paul
No Such Person by Caroline B. Cooney
Bad Things by Krylov, Varian
Treason: Book Two of the Grimoire Saga (a Young Adult Fantasy series) by S.M. Boyce
The Cat on the Mat is Flat by Andy Griffiths and Terry Denton
It Worked For Me by Colin Powell
Our partner