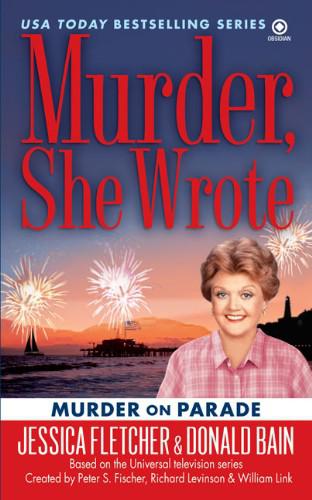 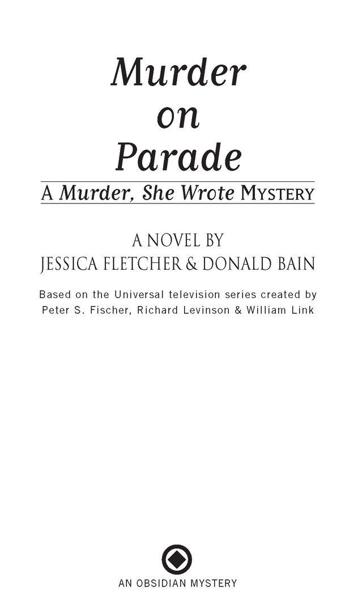 Obsidian
Published by New American Library, a division of
Penguin Group (USA) Inc., 375 Hudson Street, New York, New York 10014, USA
Penguin Group (Canada), 90 Eglinton Avenue East, Suite 700, Toronto,
Ontario M4P 2Y3, Canada (a division of Pearson Penguin Canada Inc.)
Penguin Books Ltd., 80 Strand, London WC2R 0RL, England
Penguin Ireland, 25 St. Stephen’s Green, Dublin 2,
Ireland (a division of Penguin Books Ltd.)
Penguin Group (Australia), 250 Camberwell Road, Camberwell, Victoria 3124,
Australia (a division of Pearson Australia Group Pty. Ltd.)
Penguin Books India Pvt. Ltd., 11 Community Centre, Panchsheel Park,
New Delhi - 110 017, India
Penguin Group (NZ), 67 Apollo Drive, Rosedale, North Shore 0632,
New Zealand (a division of Pearson New Zealand Ltd.)
Penguin Books (South Africa) (Pty.) Ltd., 24 Sturdee Avenue,
Rosebank, Johannesburg 2196, South Africa
Penguin Books Ltd., Registered Offices:
80 Strand, London WC2R 0RL, England
First published by Obsidian, an imprint of New American Library,
a division of Penguin Group (USA) Inc.
First Printing, April 2008
Copyright © 2008 Universal Studios Licensing LLLP.
Murder, She Wrote is a trademark and copyright of Universal Studios. All rights reserved.
OBSIDIAN and logo are trademarks of Penguin Group (USA) Inc.
LIBRARY OF CONGRESS CATALOGING-IN-PUBLICATION DATA:
Bain, Donald, 1935- .
Murder on parade : a Murder, she wrote mystery : a novel /
by Jessica Fletcher and Donald Bain.
p. cm.
“Based on the Universal television series created by Peter S. Fischer, Richard Levinson
& William Link”
eISBN : 978-1-436-23701-7
Without limiting the rights under copyright reserved above, no part of this publication may be reproduced, stored in or introduced into a retrieval system, or transmitted, in any form, or by any means (electronic, mechanical, photocopying, recording, or otherwise), without the prior written permission of both the copyright owner and the above publisher of this book.
PUBLISHER’S NOTE
This is a work of fiction. Names, characters, places, and incidents either are the product of the author’s imagination or are used fictitiously, and any resemblance to actual persons, living or dead, business establishments, events, or locales is entirely coincidental.
The publisher does not have any control over and does not assume any responsibility for author or third-party Web sites or their content.
The scanning, uploading, and distribution of this book via the Internet or via any other means without the permission of the publisher is illegal and punishable by law. Please purchase only authorized electronic editions, and do not participate in or encourage electronic piracy of copyrighted materials. Your support of the author’s rights is appreciated.

For Anne Mann and her wonderful Research Fund for Waldenström’s (RFW). In concert with her husband, Dick Mann, over the years, she has elevated awareness levels in the medical community and raised more than a million dollars for research into and one day, we hope, a cure for Waldenström’s macroglobulinemia, a rare type of blood cancer.
Chapter One
“By the Old Lord Harry, it seems to get hotter every day, and no relief in sight.”
Seth Hazlitt wasn’t exaggerating. A front had stalled just off the coast, trapping a flow of hot, humid air coming from the southwest and turning Cabot Cove into a sticky, steamy mess. The temperature had broken records for as far back as they’d been kept, and the forecast for the next several days was more of the same. You couldn’t help but notice a discernible rise in tempers as people slowly moved through their days, perspiration dripping down their necks, eyes stinging from the polluted, stagnant, greenish air, seeking out any place that had a high-efficiency air conditioner. Fortunately, Mara’s Luncheonette, where I sat with Seth and Sheriff Mort Metzger, had an AC that kept up with the heat.
I’d met them for breakfast that morning to discuss the upcoming Fourth of July weekend celebration. As a physician, Seth was concerned with the well-being of citizens who might overdo things in the heat. “Folks don’t realize how heatstroke can sneak up on you,” he said, motioning for Mara to refill his coffee cup. “Too many damn fools go runnin’ around in this weather and before they know it, they’re in the emergency room bein’ treated.”
Mort agreed. “The mayor’s got us putting up notices around town warning people to take it easy until this heat wave breaks, but it doesn’t look like it will until after the Fourth.”
“I’ve heard people suggest we cancel some of the events,” I offered.
“Hard to do that, Mrs. F,” said Mort. “You know how folks around here feel about Independence Day. They take it real serious.”
“Like the rest of the nation,” I said, “and rightly so.”
Mara brought a pot of coffee to the table and filled Mort’s and Seth’s cups. “More tea, Jessica?” she asked me.
“I don’t have time,” I said, “but thanks, anyway.”
“What’s your rush, Mrs. F?” Mort asked.
“Errands, and some correspondence to catch up on. I’ve been like everyone else these past few days, moving in slow motion.”
“Best way to be,” Seth advised.
“But not much gets done,” I said.
I reached for my purse, but Seth waved me off. “My treat, Jessica,” he said.
“Well, thank you, sir,” I said, and prepared to leave. But Mort stopped me with, “Look who’s here.”
Coming through the door was Amos Tupper, Cabot Cove’s former sheriff. After Amos retired, he moved to Kentucky to be near family. Mort, who’d been a police officer in New York City, replaced Amos and took up residence in Cabot Cove with his wife. I loved Amos, and still do, but I had to admit—not for public consumption, though—that the efficiency of our police department had improved since Mort arrived, bringing with him his New York street smarts. Cabot Cove had grown considerably, and with that growth had come a predictable increase in crime. Nothing major for the most part, thank goodness, but challenging enough to warrant a more—how shall I say it?—a more energetic approach to the job of keeping the town’s citizens safe and happy.
“Hello, there, Amos,” Seth said, struggling to get up from his chair, which was wedged against the wall.
“No need to get up for me,” Amos said, coming to our table and shaking everyone’s hand. He plopped down in the vacant seat next to me.
“We heard you were coming,” said Seth. “Just wish you’d brought better weather with you.”
“It is hot,” Amos confirmed, wiping his brow with a handkerchief. “You must be breaking all sorts a’ records.”
“Ayuh,” Seth said. “That we are.”
“How are things with you, Mort?” Amos asked.
“Not bad, Amos. Got things pretty much under control. Getting ready for the Fourth.”
Amos ordered a short stack of Mara’s signature blueberry pancakes and coffee. “I had trouble finding a place to stay,” he said to no one in particular. “Looks like Cabot Cove’s Fourth of July celebration is attracting more people than ever.”
Seth, Mort, and I looked at each other.
Amos was right. While our annual Fourth of July weekend was always a major event in Cabot Cove, this year promised to be the biggest yet. But not everyone was pleased with that. Past celebrations had always been festive but manageable in size and scope. This year was decidedly different, thanks to Joseph Lennon and his corporation, Lennon-Diversified, Ltd.
Lennon had moved his corporate headquarters from Massachusetts to Cabot Cove a year ago, wooed in part by a generous tax incentive designed to entice companies to relocate to Maine. He’d purchased the area’s biggest building in our largest industrial park and expanded it to a size that had become a source of consternation for many citizens. The park itself was situated on a prime parcel of waterfront land. Originally, the property was to be turned into a multiuse area, with light industry and residential units coexisting side by side. But Lennon and his battery of lawyers managed to get the zoning law changed, allowing Lennon to conscript a large portion of the land directly on the water for his expansion plans. The rear of his building sloped down to the water’s edge, where he added a promenade and dock for his employees’ enjoyment. It was off-limits to others. Next to the building was a spacious grassy area that also went down to the water. Lennon designated it as a public park, which took the edge off his land grab at the rear of his building.

En esto creo by Carlos Fuentes
I Saw a Man by Owen Sheers
Prince Prigio by Andrew Lang
The Opposite House by Helen Oyeyemi
Quiet Strength by Dungy, Tony, Whitaker, Nathan
Awakened by His Touch by Nikki Logan
The Dancer and the Dom by Bailey, J.A.
Killer Knots by Nancy J. Cohen
Perfecting Patience by Tabatha Vargo
Zombie War: An account of the zombie apocalypse that swept across America by Nicholas Ryan
Our partner