Read Circles in the Stream (Avalon: Web of Magic #1) Online

Circles in the Stream (Avalon: Web of Magic #1) 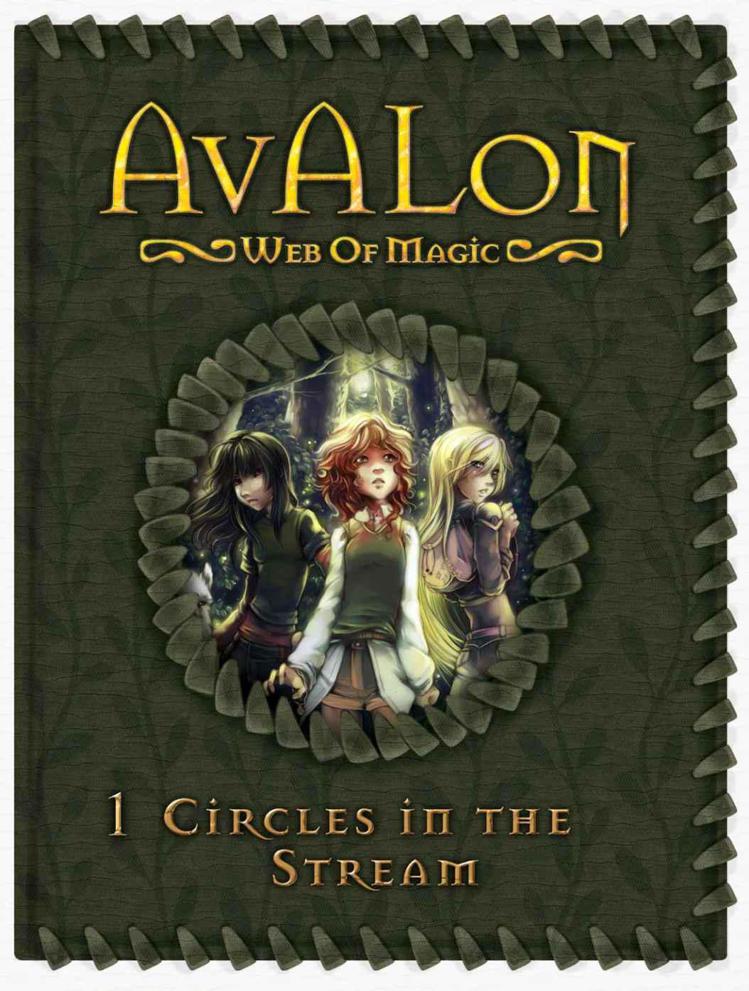 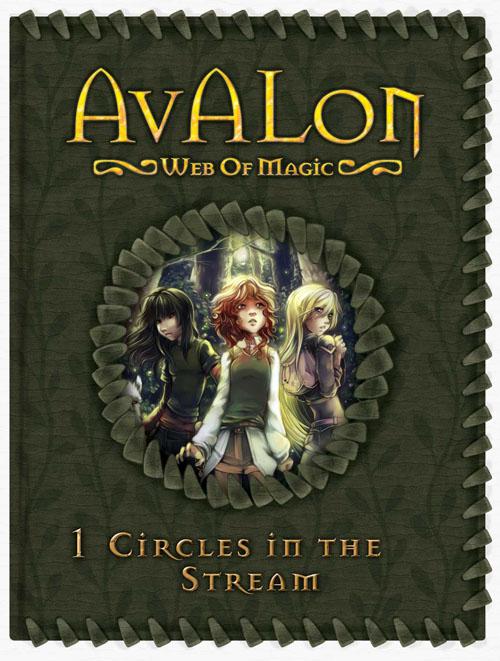 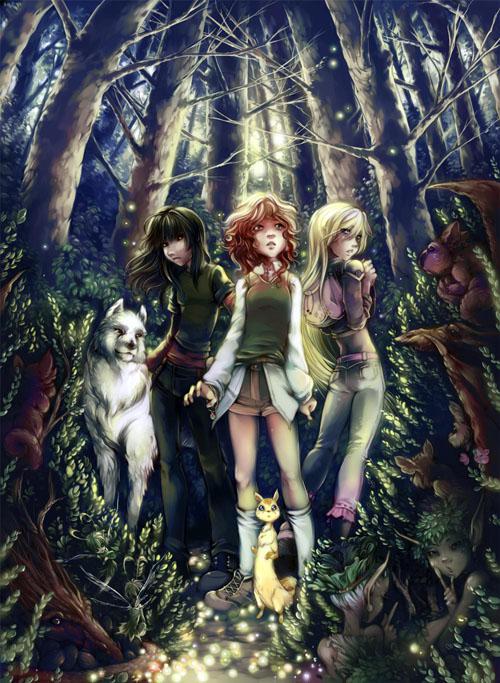 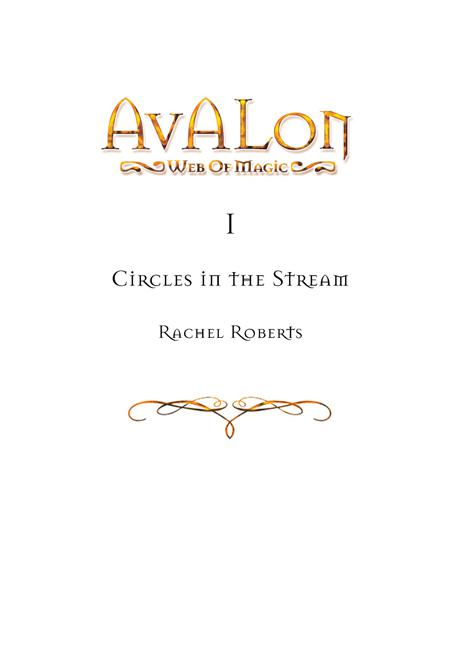 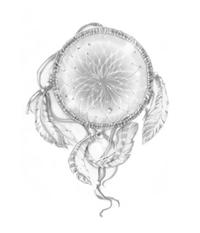 CIRCLES IN THE STREAM

All rights reserved. No part of this book may be reproduced or transmitted in any form or by any means, electronic or mechanical, including photocopying, recording, or by any information storage and retrieval system, without written permission from the publisher, except where permitted by law.

Dedicated in loving memory of Thor 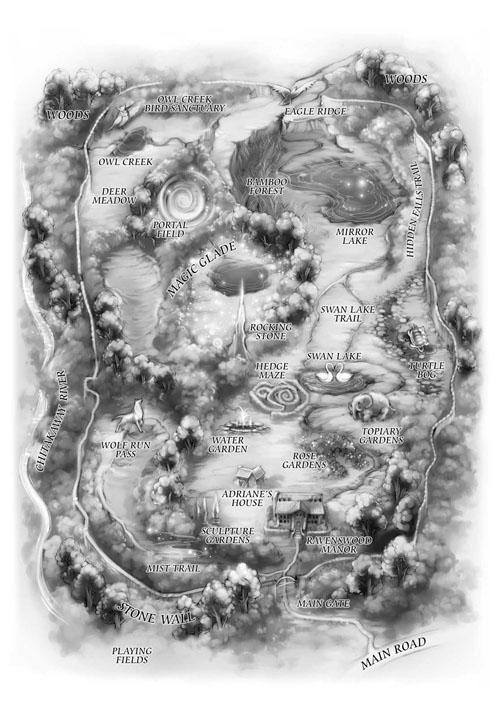 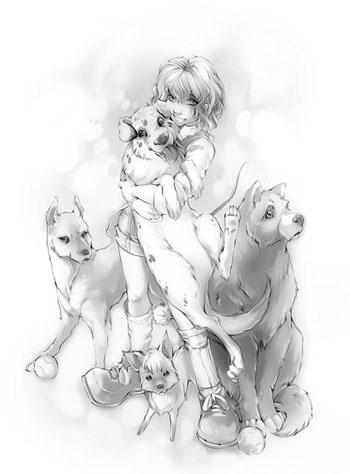 T
HE BIG CAT
crouched in the grass. Dazed, she looked around the meadow and knew instantly she was no longer in the Shadowlands.

Sadness welled inside, threatening to devour any strength she had left. Her world in flames. Her family gone. She had escaped—and for what? To end it all here in a strange world, alone?

The wind picked up, hot and humid across the open field. If she could just reach the trees... she willed her legs to run, to keep going…but it was too late.

The creature shot from the sky, sweeping over her in a mass of wings, claws and teeth. Desperate, the cat lunged into the forest of giant oaks and stopped, breathing hard. The clean air cooled her seared lungs, but even that slight movement was agony. She had to move—find a safe place to hide.

A low growl rumbled into a twisted laugh. The creature towered over her. With a roar like thunder, it struck.

T
HUNDER ROCKED ACROSS
the skies, sending the three dogs into fits of howling.

Thirteen-year-old Emily Fletcher tried to calm them. “It’s just a storm.” But no matter what she did, they slunk low to the ground, growling and whimpering. Usually they were happy to play in the backyard with her, a daily break from their kennels at the Pet Palace. But this afternoon they ignored the ball Emily rolled out to them, pointing their noses instead toward the forested slopes in the distance.

Emily followed their gaze. Her eyes fell over the expanse of trees that met the playing fields and parkland that bordered her house. She had been in Stonehill, Pennsylvania, for eight weeks, and although she’d been an avid hiker back home in Colorado, she’d not yet begun to explore these woods. For one thing, she had no friends—for another, she’d been way too busy. Helping her mom set up Stonehill Animal Hospital and the Pet Palace animal hotel had pretty much taken up all her time. Not that Emily really minded. She loved animals, had a magic touch with them, her mom always said, and being busy kept her from being lonely. Sometimes she barely remembered that her parents were now officially divorced and she was thousands of miles from everything and everyone she knew. Sometimes she remembered all too well.

She ran a hand through her long, curly hair. Animals can sense drops in air pressure before people can, she reminded herself. That must be why the dogs are acting so strange.

Lightning flashed, splitting the sky with jagged forks. Jellybean, the Harrison family’s dalmatian, began to leap up and down, barking. Pumpkin, Mrs. Stalling’s little white poodle, cowered, and Emily tensed in spite of herself.

The dogs barreled through the side door of the small barn that Emily and her mother had converted into the animal hotel. Emily herded the dogs into their kennels. Biscuit, Mr. Franklin’s golden retriever, walked forward, turned backward to growl, then circled, moving forward a few more steps before turning to growl again. Jellybean threw himself at Emily and yelped loudly.

“What’s wrong, guys?” Emily asked, gently pushing Jellybean back into his kennel. “What’s got into you?”

Biscuit pointed her nose up to the ceiling and howled. In the back room, a cockatiel screamed.

Emily froze, stock still. What was
that
? She waited, her ears straining. Behind her, the dogs were near panic.

It came again, the sound ripping through her like broken glass. Emily cried out. An animal was in trouble!

Instinctively she zoomed into crisis mode. She’d been around animals ever since she turned five, the year her mom, Dr. Carolyn Fletcher, first went into veterinary practice. Emily had assisted in several emergencies: a dog that’d been shot by a hunter, a cat hit by a car. She’d seen the blood and the bones and the suffering in the animals’ eyes, and it never got any easier.

Emily ran out of the barn and into the main building that housed the clinic. Her mother would need her help! She raced into the foyer and slipped on the wet floor. She looked down and gasped. Blood. Lightning flashed, suddenly illuminating her reflection in the hallway mirror as if she were a ghost. She stood there, holding her breath.

Shouting from the emergency room made her turn.

She heard her mother yell, “Put it down here!” There were sounds of scuffling; men were shouting, and an animal roared in defiance. Each scream tore through Emily, making her cringe. Still, she pushed her way inside—into pandemonium.

“Hold it still!” Carolyn ordered. Two policemen struggled to hold a wriggling tarp down on the operating table. A razor-clawed paw swept out from under the tarp, raking down a uniformed sleeve and breaking one man’s grasp.

“Emily, get the hypodermic!” Carolyn shouted over the animal’s yowls.

Emily remained frozen and watched as her mother drew back the tarp. Carolyn’s gasp stuck in her throat.

It was a cat. An enormous cat. And it was burned—badly. Only small patches of its leopard-spotted fur remained; everywhere else, the skin was oozing blood. One of the cat’s eyes was swollen shut.

“Oh, no, oh, no,” Emily thought she heard herself saying over and over.

“Emily! Move it!” The animal twisted in Carolyn’s arms and took a mad swipe, ripping the sleeve of her tunic. Instinctively, she jerked back, grabbing her arm.

The cat struggled to stand, but its paws slipped in the pools of its own blood. Emily stared at the awful wounds. Burns everywhere, and, on one flank, a set of deep claw marks. But what mesmerized her was the green glow that seemed to emanate— shimmering, almost bubbling—from the burned flesh.

Didn't anyone else notice? Emily wondered.