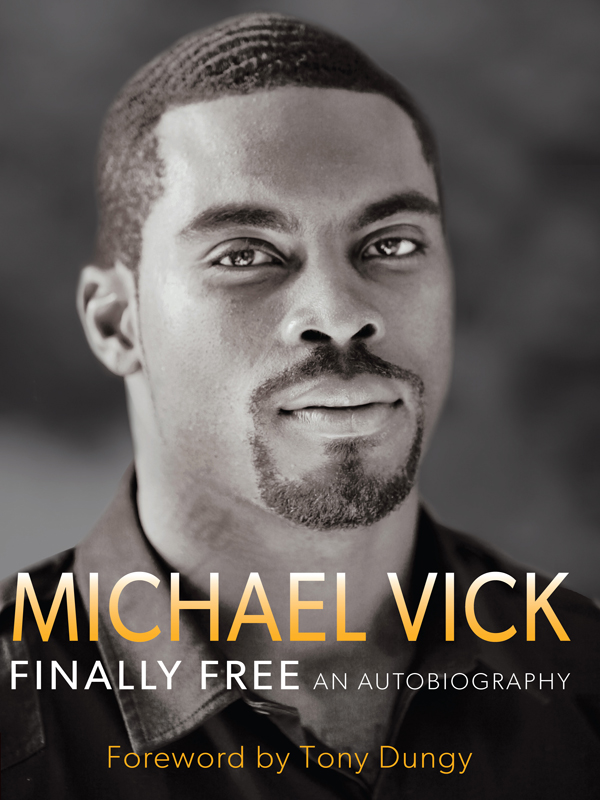 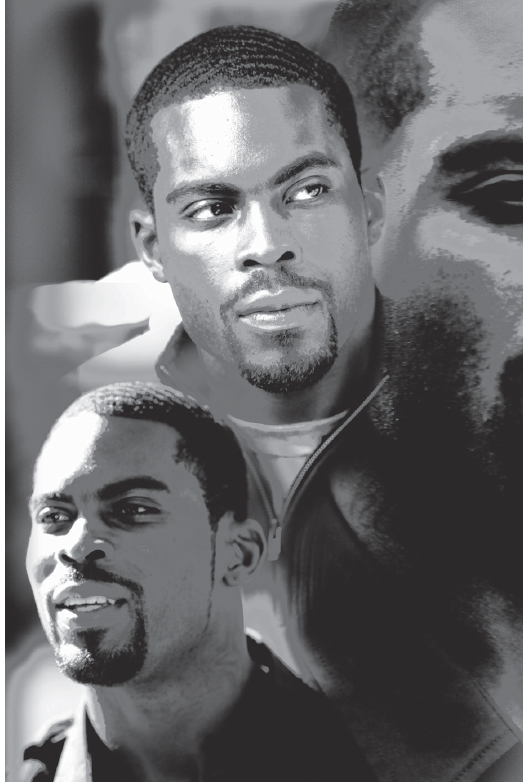 by
Michael Vick with
Brett Honeycutt and
Stephen Copeland

All rights reserved. No part of this publication may be reproduced, stored in a retrieval system, or transmitted in any form or by any meansâelectronic, mechanical, photocopy, recording, or any otherâexcept for brief quotations in printed reviews, without the prior written permission of the publisher.

Scripture quotations marked (
KJV
) are taken from the King James Version of the Bible.

When I was a young boy, she instilled in me wisdom and understanding. She was the rock in my life and taught me what the truly important things are.

It hurt me that I didn't have the chance to spend time with her and talk with her before I got out of prison. It was my hope to be out before she died, but that didn't happen.

She will always be a part of me, because with her is where the dream began. It was her encouragement, love, and support that pushed me to dream.

I could never thank her enough. I will always love and miss her deeply.

Part I: The Rise

The first time I saw Michael Vick play football was in January of 2000 in the Sugar Bowl. He was a freshman quarterback at Virginia Tech and his team was playing Florida State for the national championship. I was the head coach of the Tampa Bay Buccaneers at the time. Our Bucs teams were known for their defense (in fact, we would play in the NFC Championship game later that month and hold one of the greatest offenses of all time, the 1999 St. Louis Rams, to eleven points).

I had seen Florida State's defenses quite a bit over the years. We had drafted four defenders from Florida State in the previous five years, including future Hall of Famer Derrick Brooks. But that year Florida State had what I considered the best, and fastest, college defense I had ever seen.

However, Michael Vick put on a show that night in the Sugar Bowl and vaulted into the national spotlight. He was unquestionably the best player on the field. Florida State's vaunted defense could not contain him as he threw, ran, and led his team back from a 21-point deficit to take the lead. Virginia Tech would eventually lose that game 46-29, but Michael had concluded the most dominant year any freshman quarterback had ever had.

That performance, more than anything else, convinced the Atlanta Falcons to select Michael with the first pick in the 2001 NFL draft. Once with the Falcons, Michael continued to electrify fans with highlight-reel plays and, in his second year, led them to the brink of a Super Bowl. By that time, I was head coach of the Indianapolis Colts and in my twenty-third year of coaching in the NFL. I had never seen a weapon like Vick at the quarterback position. He had one of the strongest arms to ever play the game, and on most days he was the fastest player on the field. His potential seemed unlimited; he had become an icon to the young sports fans of the new millenniumâa flashy superhero to the so-called Generation X.

By the end of the 2004 season, Michael seemed to have the world at his feet. He was young, talented, and one of the most popular players in the most popular sport in America. But there were things going on in Michael's private life that sports fans didn't know about. At the height of his popularity, Michael's career was about to come to a screeching halt.

Michael and I first met in August of 2005 in Tokyo, Japan. The Colts were playing the Falcons, and we did some joint press conferences to promote the game. It allowed me the opportunity to tell him how much I enjoyed watching him play. Spending some time with him, I discovered he loved fishing as much as I did, and we talked about getting an outing together back in the US. We tried, but were never successful in setting up a date that worked for both of us.

That has been one of my biggest regrets, because the next time we actually talked face-to-face was June of 2009, in the visitors' quarters at Leavenworth Federal Penitentiary in Kansas, after Mike had been convicted on charges of running a dogfighting operation.

We spent about three hours talking at the prison that day, and we covered a lot of subjects. We talked a little about playing football and about the NFL. We talked about growing up, families, friends, and children. We talked about decision making, role modeling, and responsibility. But, more than anything else, we talked about the Lordâabout what role God had played in Michael's life, and what God might have in store for him in the future.

Michael shared with me how he had drifted away from the Christian faith in which his grandmother had raised him. I gave him a little advice that my dad had passed on to me years ago: “When you have a problem, don't dwell on where you are but spend your energy thinking about how you're going to make the situation better.”

That day I asked Michael what he wanted to do moving forward. He said he wanted to make sure his children grew up with their dad around, leading them in the right direction. He wanted the young people who had cheered for him to know that, although he had made some mistakes, he wasn't a bad person. And thirdly, he wanted to come back to the NFL and be a better quarterback than he was when he left.

We agreed it wouldn't be easy, given the public opinion that was so against him at the time. I had gotten letters and phone calls vilifying me for even going to see him, so I couldn't imagine what
he would face once he got out. He was going to have to do it with actions, not words. With God's help, I believed he could do the first two, but even I didn't have faith he could accomplish the last. Michael promised me he would achieve all three.

Since that day we have stayed in touch. We call and text each other quite regularly, and Michael has kept his promise to me. He has been there for his family, and I know he's going to be the husband and father that they need. He's been active in the communityâespecially with young people, encouraging them to make good life choices and urging them to think about their futures. And yes, with the help of Philadelphia head coach Andy Reid and the Philadelphia Eagles, he has become a better quarterback than ever. In the fan voting for the 2011 Pro Bowl, Michael was the second-leading vote-getter, just behind Tom Brady and topping Peyton Manningâsomething I would have thought impossible that day at Leavenworth.

Finally Free
tells an amazing story. It's not all pretty, but it's real. If you're like meâif you've ever done something in your life you wish you could take backâit will encourage you to learn that we serve a God of second chances and live in a country of second chances.

Desire in the Dark by Naima Simone
In the Valley by Jason Lambright
Nice & Naughty by Cat Johnson
El contable hindú by David Leavitt
Endless Night (Fate's Intent Book 3) by Bowles, April
Mine by Mary Calmes
OffshoreSeductions by Patti Shenberger
The Gods Of Gotham by Lyndsay Faye
Mrs. Pringle of Fairacre by Miss Read
Broken Promises by Marie-Nicole Ryan
Our partner