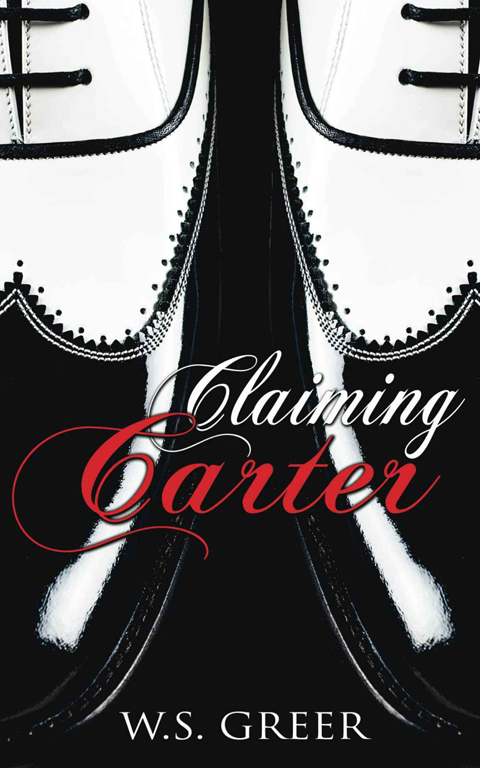 Publishers Note: This is a work of fiction. Names, characters, places, and incidents either are the product of the author’s imagination or are used fictitiously. Any resemblance to actual events, locales, or persons, living or dead, is entirely coincidental.

“Okay, seriously, this is the worst movie I have ever seen. Why the hell are we still here?”

“It’s not that bad, Abram,” Vlad said, as he laughed at the picture on the screen in the dark theater.

Abram shook his head in disgust. “Not that bad? It’s a tornado made of sharks, Vlad. This is a waste of money, man. Let’s fucking go. I could have spent my money on McDonald’s or something.”

“Alright, alright. We can go,” Vlad replied as he rose from his seat and started towards the path leading to the exit, ducking down to keep from blocking the view of the patrons who’d chosen to stay and endure the film. Abram stood and followed Vlad out, but he decided not to duck down. He figured if he blocked the screen, he’d be doing the other movie goers a favor.

Once outside the theater, Vlad and Abram began walking towards the parking lot.

“Dude, I have no idea where I parked the car. This place is surprisingly packed for a Thursday night. You’d figure people would be at home trying to get some rest for work tomorrow,” Vlad said.

“Oh calm down, it wasn’t that bad. You’re just sleepy and cranky from working in that madhouse you and your mother call a restaurant, or meat shop, or whatever the hell it is. Ten-thirty was the best I could do to accommodate you and your busy ass work schedule.”

“Well I appreciate the effort, bro. It was a total failure, but at least you tried. I’m off again on Saturday, so maybe we can hang again. We can bring some chicks over here or something. What’s up with you and the Chinese chick you were telling me about?” Abram said as he closed the door to Vlad’s 1987 Ford Mustang. The door squeaked and rattled loudly as it slammed shut.

“Whoah, careful with my classic piece of shit, okay,” Vlad joked as he started the engine and pressed lightly on the gas pedal. “Anyway, yeah, me and Min are still kind of feeling each other out. But you mark my words, bro, any day now I’ll be telling you the story of how she begged me to have sex with her right there in the backseat. You just wait and see.”

Abram let out a resounding laugh, smacking his knee. “Okay, so you are still feeling each other out. That’s the same thing you said about Mellissa Clark a few months back. If I recall correctly, she never got around to begging you to fuck her in your back seat, did she?” Abram mocked with a chuckle.

“That’s not funny, man. We were this close to making a sex tape together and selling it to TMZ,” Vlad responded as he began laughing at himself. Vlad continued to giggle as he made a right onto Huntington Road. He was too busy laughing to notice the black Cadillac that had just began following them as they exited the movie theater parking lot.

“Whatever, bro. Anyway, enough about me and my highly active sex life. What’s up with you and Sarah?” Vlad inquired.

“We’re doing good. She’s pretty busy with her job and stuff during the day, plus I’m working my ass off at the restaurant, but then she is still doing work stuff at night, too. Papers, and shit like that, which she has to have ready by the morning when she goes back to work. So, she’s busy a lot. Busier than I am. But she is a great girl, and I hope that it works out. She hasn’t exactly asked me to have sex in the back of a car yet, but other than that, it’s all good.”

What?” Vlad exclaimed. “You haven’t fucked this chick yet? What the hell is wrong with you? How long have you guys been dating?”

“First of all, nothing is wrong with me, and we’ve been seeing each other for about six months or so. She’s a good girl, bro. She believes in building a relationship with a foundation of friendship first. That’s her thing. I kind of like it, actually.”

“You are so full of shit!” Vlad said excitedly. “There is no way you like that shit. Since when do you like good girls who don’t want to fuck all the time?”

“Since I met her, I guess. What can I say, bro, the chick is just cool,” Abram said calmly. “Slow down, asshole. You’re about to run the stoplight.”

Vlad had to press hard on the brakes to keep from sliding into the intersection, and the Mustang came to a screeching halt in the middle of the crosswalk.

“See there? Too busy thinking about fucking Min in your backseat to stop the car,” Abram joked.

Just then, the black Cadillac that had been following the young men pulled up next to the passenger side of the Mustang. Vlad and Abram didn’t notice the black man that exited the backseat of the driver’s side of the vehicle until Abram’s door was being yanked open.

“What the fuck!” Abram screamed as he turned and noticed the man, wearing a black suit with white pinstripes and a red tie, pointing a large gun at his stomach.

“Eye for an eye,” the man uttered as he pulled the trigger. The two shots from the nine-millimeter pistol rang loudly inside the vehicle as the bullets struck Abram in the chest and stomach. Some of Abram’s blood splattered onto Vlad’s face and clothes as the gunman walked back to the vehicle, climbed into the back seat, and the car meandered away as if the getaway driver were out for a Sunday drive.”

“Oh my fucking God! What the fuck! Abram, you’re fucking bleeding, man! Talk to me. Are you okay?” Vlad screamed in a terrifying panic.

Abram clutched his stomach as blood poured out of his wounds in a steady pool.

“Oh my God! We have to get you a fucking hospital,” Vlad said as he opened his door and ran to Abram’s side of the car and closed the door. He then ran back to the driver’s side, quickly climbed in and stomped on the gas pedal before he even had his door closed.

“The hospital is only two blocks away. You’re going to be okay, Abram. Just hold on, bro. Who the fuck was that? I don’t get it. Who the fuck would do that? He didn’t even try to rob us. What the fuck?” Vlad rambled as he shifted the Mustang into fifth gear and sped down the road, blowing past every red light he passed on the empty street.

Vlad reached into his pocket and pulled out his cell phone. “Abram, I need your mom’s number so I can tell her what the fuck just happened and to meet us at the hospital. What’s her number?”

Abram shook his head slowly from left to right.

“What, Abram? Don’t you fucking die on me, man. Come on, bro. Just hold on! We’re almost there,” Vlad screamed.

“No, don’t call my mom,” Abram mumbled as he began to slip into unconsciousness.

“What are you talking about?” Vlad asked. “We have to call your mom!”

Abram continued to shake his head slowly as his eyes began to close involuntarily. “No,” he said. “Call my dad. We have to call my dad.”

“Alright, class, be sure to push your chairs in before you leave, and don’t forget to tell your parents about the parent-teacher conference next week,” I said as the bell rang and my classroom full of third graders began migrating towards the exit.

I stood at the door as the students walked past me and smiled at each of them. Their little grinning faces had always brought me joy and reminded me of how glad I was that I had chosen to be a third grade teacher. There was nothing better than knowing that I was making a difference in the life of a child who could someday become President of the United States, or win a Nobel Peace Prize. It was an honor to be a teacher, and as the last child walked by, I patted her on the back, gave her my proudest smile, and she smiled back at me in return.

Arms of Love by Kelly Long
How to Forgive Even When You Can't Forget by Thomas Herold
The Dragonswarm by Aaron Pogue
Searching for Perfect by Jennifer Probst
Swan (A Sexy, Fairytale Short) by Aria Cole
Prospero's Cell: A Guide to the Landscape and Manners of the Island of Corfu by Lawrence Durrell
Regretting You by Colleen Hoover
Faceless by Jus Accardo
Escape In You by Schurig, Rachel
Precious Stones by Darrien Lee
Our partner