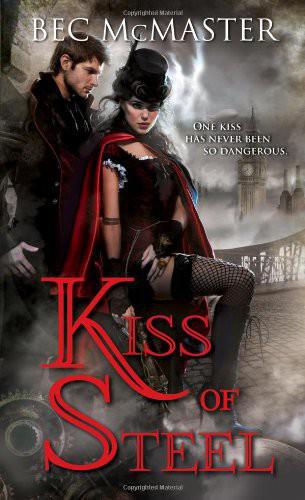 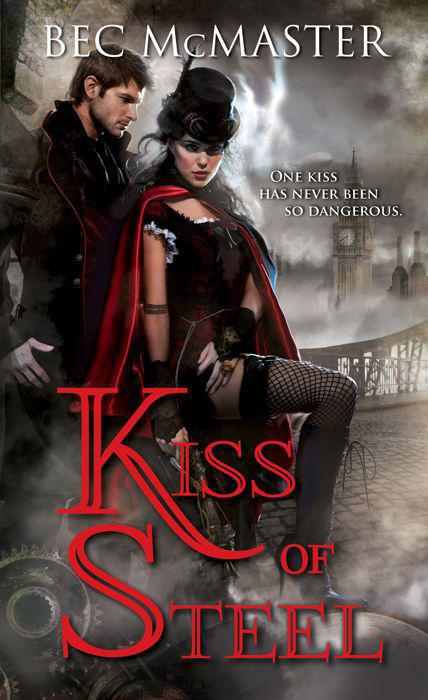 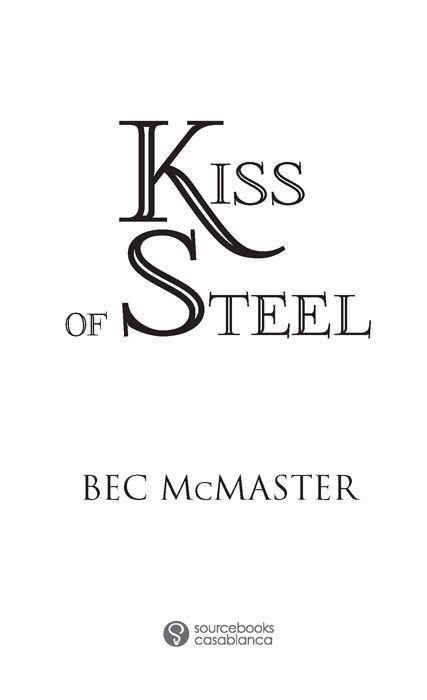 All rights reserved. No part of this book may be reproduced in any form or by any electronic or mechanical means, including information storage and retrieval systems—except in the case of brief quotations embodied in critical articles or reviews—without permission in writing from its publisher, Sourcebooks, Inc.

Excerpt from
Heart of Iron

To Byron, for encouraging my dreams and being my very own hero

If only she’d been born a man…
A man in Whitechapel had choices. He could take up a trade, or theft, or even join some of the rookery gangs. A woman had opportunities too, but they were far more limited and nothing that a gently bred young lady would ever aspire to.

A mere six months ago Honoria Todd had owned other options. They hadn’t included the grim tenement that she lived in, hovering on the edges of Whitechapel. Or the nearly overwhelming burden of seeing her brother and sister fed. Six months ago she’d been a respectable young woman with a promising job as her father’s research assistant, hovering on the edge of the biggest breakthrough since Darwin’s hypotheses. It had taken less than a week for everything she had to be torn away from her. Sometimes she thought the most painful loss had been her naïveté.

Scurrying along Church Street, Honoria tugged the edge of her cloak up to shield herself from the intermittent drizzle, but it did no good. Water gathered on the brim of her black top hat, and each step sent an icy droplet down the back of her neck. Gritting her teeth, she hurried on. She was late. Mr. Macy had kept her back an hour at work to discuss the progress of her latest pupil, Miss Austin. Scion of a merchant dynasty, Miss Austin was intended to be launched upon the Echelon, where she just might be fortunate enough to be taken in as a thrall. The girl was certainly pretty enough to catch the eye of one of the seven dukes who ruled the council, or perhaps one of the numerous lesser Houses. Her family would be gifted with exclusive trade agreements and possibly sponsorship, and Miss Austin would live out the terms of her contract in the extravagant style the Echelon was acclimatized to. The type of style Honoria had once lived on the edges of. Before her father was murdered.

Church Street opened into Butcher Square. On a kinder day the square would be packed with vendors and thronging with people. Today only the grim metal lions that guarded the entrance to the Museum of Bio-Mechanic History kept watch. The city wall loomed ahead, with the gaping maw of Ratcatcher Gate offering a glimpse of Whitechapel beyond. Fifty years ago the residents of Whitechapel had built the wall with whatever they could lay their hands on. It stood nearly twenty feet high, but its symbolism towered over the cold, misty square. Whitechapel had its own rules, its own rulers. The aristocratic Echelon could own London city, but they’d best steer clear of the rookeries.

If Mr. Macy found out Honoria’s address, he’d fire her on the spot. Her only source of a respectable livelihood would vanish, and she’d be facing those damned
options
again. She’d wasted a shilling tonight on a steam cab, just to keep the illusion of her circumstances intact. Mr. Macy had walked her out before locking up the studio where he taught young ladies to improve themselves. Usually he stayed behind and she could slip into the masses of foot traffic in Clerkenwell, turn a corner, and then double back for the long walk home. Tonight his chivalry had cost her a loaf of bread.

She’d disembarked two streets away, prompting the cab driver to shake his head and mutter something beneath his breath. She felt like shaking her head too. A shilling for the sleight-of-hand that kept her employed. It didn’t matter that that shilling would keep her with a roof over her head and food on the table for months to come. She still felt its loss keenly. Her stockings needed darning again and they hadn’t the thread for it; her younger sister, Lena, had put her fingers through her gloves; and fourteen-year-old Charlie…Her breath caught. Charlie needed more than the pair of them combined.

Honoria’s hand strayed to the pistol in her pocket and she glanced over her shoulder. A few months ago she might have jumped skittishly at the cry, but she’d spotted the ragged urchin out of the corner of her eye as soon as she started toward Ratcatcher Gate. The pistol was a heavy, welcoming weight in her grip. Her father’s pistol was one of the few things she had left of him and probably the most precious for its sheer practicality. She’d long ago given up on sentimentality.

“Yes?” she asked. The square was abandoned, but she knew there’d be eyes watching them from the heavily boarded windows that lined it.

The urchin peered at her from flat, muddy-brown eyes. It could have been any age or sex with the amount of dirt it wore. She decided the square jaw was strong enough to name it a boy. Not even the constant rain could wash away the dirt on his face, as though it were as deeply ingrained in the child’s pores as it was in the cobblestones beneath their feet.

“Spare a shillin’, m’um?” he asked, glancing around as though prepared to flee.

Honoria’s eyes narrowed and she gave the urchin another steady look. If she wasn’t mistaken, that was a rather fine herringbone stitch riddled with grime at the edge of the child’s coat. The clothing fit altogether too well for it to have been stolen, and it was draped in such a manner that it made the child look rather more malnourished than she suspected he was.

She took her time drawing her slim change purse out and opening it. A handful of grimy shillings bounced pitifully in the bottom of it. Plucking one out with reluctance, she offered it to the little street rogue.

The urchin reached for the coin and Honoria grabbed his hand. A quick twist revealed the inside of the child’s wrist—and the crossed daggers tattooed there.

His wary mud-brown eyes widened and he tried to yank his hand away. “Leggo!”

Honoria snatched her shilling back and released him. The boy staggered, landing with a splash in a puddle. He swore under his breath and rolled to his feet.

“I’ve more need of it than you,” she told him, then swept her cloak to the side to reveal the butt of the pistol in her skirt pocket. “Run back to your master and tell
him
to give you a coin.”

The boy’s lip curled and he glanced over his shoulder. “Worf a try. Already bin paid for this.” He flipped a shilling out of nowhere and then pocketed it just as swiftly. A stealthy smile flashed over his face, gone just as quickly as the coin. “’Imself wants a word with you.”

“Himself?” For a moment she was blank. Then her gaze shot to the child’s wrist and that damning tattoo of ownership. She tucked her change purse away and tugged her cloak about her chin. “I’m afraid I’m not at liberty this evening.” Somehow she forced the words out, cool and clipped. Her fingers started to shake. She thrust them into fists. “My brother is not well. And I’m late. I must see to him.”

She took a step, then shied away as a hand caught at her cloak. “Don’t. Touch. Me.”

The boy shrugged. “I’m jus’ the messenger, luv. And trust me, you ain’t wantin’ ’im to send one o’ the others.”

Her mouth went dry. In the ensuing silence, she felt as though her heartbeat had suddenly erupted into a tribal rhythm. Six months scratching a living on the edges of the rookery, trying to stay beneath the notice of the master. All for nothing. He’d been aware of her, probably all along.

She had to see what he wanted. She’d caught a glimpse of the
others
who were part of his gang. Everybody in the streets gave them a large berth, like rats fleeing from a pack of prowling toms. Either she could go of her own volition, or she could be dragged there.

Interregnum by S. J. A. Turney
Love, Technically by Lynne Silver
Who Moved My Blackberry? by Lucy Kellaway
Nothing but Trouble by Michael McGarrity
DUALITY: The World of Lies by Paul Barufaldi
Seer of Egypt by Pauline Gedge
Leopard Moon by Jeanette Battista
The Lag (The Game Master: Book #1) by Alex Bobl
A Death in China by Hiaasen, Carl, Montalbano, William D
Thirst No. 4 by Christopher Pike
Our partner