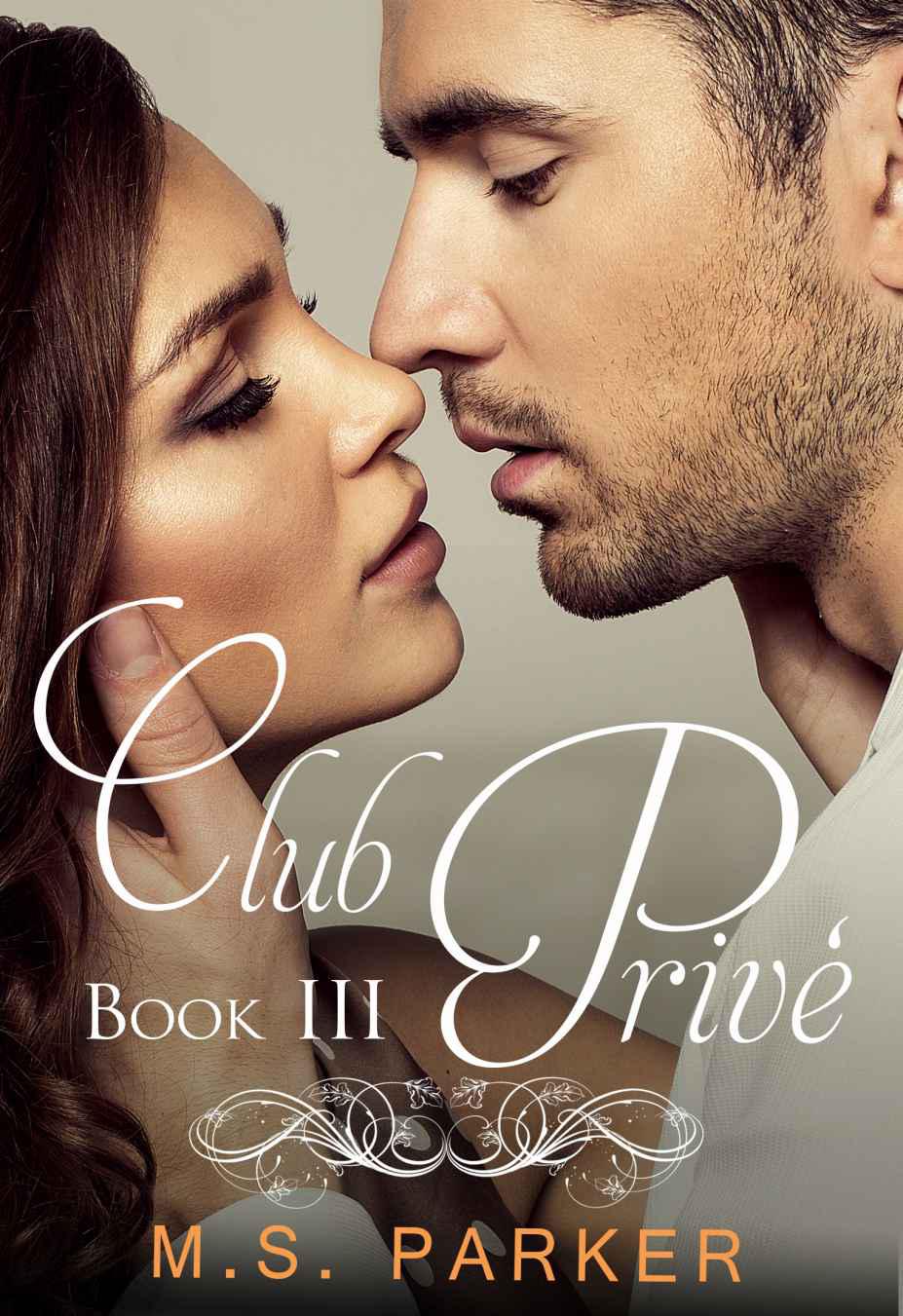 This book is a work of fiction. The names, characters, places and incidents are products of the writer’s imagination or have been used fictitiously and are not to be construed as real. Any resemblance to persons, living or dead, actual events, locales or organizations is entirely coincidental.

This is Book 3. You should start with Book 1 and 2 which you can get here:

Newsletter:
–
Click here
to get an email as soon as the next book in the series is available.

A daughter? Could she be what he’s been hiding or was there a darker secret waiting to be uncovered?

Carrie Summers had known that sexy, mysterious Gavin Manning had been hiding something, but she hadn’t expected the bombshell he’d dropped. Instead of pushing her away, Carrie finds that Gavin’s revelation actually makes her care about him more. Their relationship is rapidly becoming more intense than she’d ever dreamed, but she can’t help wondering if Gavin is hiding more.

As Gavin continues to coax Carrie out of her shell and teach her to accept her sexual desires, her pursuit of the truth will reveal a secret that could destroy everything.

S
kylar Camille
. A name prompted by a question about a pair of initials tattooed on the back of the man I’d been dating – if that was even the right word to describe our relationship. I was trying very hard to process what Gavin had just told me without completely freaking out. How did I not know the man I was involved with had a daughter? It wasn’t like we’d spent all of our time having sex. We’d talked too. It just seemed that he hadn’t thought a child was something he should’ve mentioned.

Another thought crept in and an icy hand closed around my heart. “Gavin, are you married?” I hoped the question sounded as flat as I’d intended it to be. I wanted an honest answer. If I sounded angry, I didn’t know if he’d lie to try to placate me.

He pushed himself up into a sitting position and I did the same. The sexual tension between us was gone. It didn’t matter what we’d been doing just minutes ago or the fact that we were both still naked.

“I told you before that I grew up in Connecticut, about thirty miles from Manhattan.”

I remembered that coming up during the lunch we’d shared, so I nodded.

“Well, growing up in Stamford, there was a girl who lived next door. She was just a few months younger than me, so we were in the same grade in school and even ended up being in the same class all through elementary. We played together some, but it wasn’t until junior high that we really became friends.” Gavin stared down at his hands as he told the story. “She was the first girl I had a crush on.”

The wistful smile that crossed his face made my stomach churn. Whoever this girl was, she still had a hold on him all these years later, and I didn’t know what that meant for him and me.

“When we started high school, she made the cheerleading squad and was really popular. It took me two more years before I got up enough courage to ask her out. We went to junior prom together and, when we kissed for the first time, I knew I wanted to spend the rest of my life with her.”

I swallowed hard, trying to keep from throwing up. I didn’t know where this story was going, but I knew there was no way it had a happy ending. Not for Gavin, and probably not for me either.

“After we graduated, she went away to college, while I stayed in Stamford. It was tough making it work long-distance, but we did. The day she graduated, I proposed.” He paused for a moment, and when he continued, his voice was thick with emotion. “We got an apartment a few streets away from where we'd grown up and started looking towards our future together. We were going to get married two years later, but then she got pregnant and we decided that we didn't want to wait that long. What we did want, though, was our child to be a part of the wedding.” He ran his hand through his hair, his gaze far away. “It wasn't normal, we knew, but we both felt like it was important. We wanted to make our lifelong commitment to each other in front of the evidence of our love. It just made sense for us.”

I shivered. All of the heat that I'd gathered had leached away and the fan in my room was blowing cold air across my skin. I reached behind me and pulled the edge of the bedspread around my shoulders. He didn't even notice.

“A week before her due date, we were walking to the corner store when a car struck her from behind.”

The hand around my heart tightened.

“There was nothing they could do to save her, but an emergency C-section saved our daughter.” He reached over his shoulder and I knew his fingers were touching the numbers on his back. “June thirteenth. The day the love of my life died, and our daughter’s birthday. I named her Skylar because that was the name her mother wanted, and Camille because that was her mother’s name.”

“Oh, Gavin.” All of my selfish thoughts about what this meant for me vanished. All I could think about was how much my heart was breaking for him. I reached for him and he let me put my arms around him. “I’m so sorry.”

He didn’t say anything as he leaned into me, pressing his face against my neck. His skin was cold against mine. When he shivered, I broke the silence. “Let’s get under the covers.”

He nodded and we climbed under the sheet and bedspread without another word. I took him in my arms again and our bodies pressed together. He rested his head on my chest, the silky strands of his hair soft against my skin. His arm went around my waist, and I could feel the difference between this gesture and ones before. This was for comfort, not for sex. I stroked his hair, letting him take the time he needed. I’d never experienced a loss like that, but I imagined it wasn’t something that someone just got over.

When he started speaking again, he did it without any prompting from me. “The police never found him, the guy who hit her. I spent six months calling every repair shop in a hundred miles, following up on every single one that had a dark, expensive car come in with a dent in the front. I was obsessed and it nearly killed me. That’s when I met Howard. He convinced me that if I was going to be any good to my daughter, I had to let it go.”

I let a few more minutes of silence pass before asking one of the many questions I had. “Your daughter, she’s okay?”

I felt him smile.

“She’s amazing.” He shifted, moving so that we were face-to-face, our arms still around each other, but enough space between our bodies that we weren’t flush together.

“How old is she?” I’d been doing the math in my head based on average ages, but I wasn’t sure.

I wasn’t sure how to ask my next question without it sounding like I had some ulterior motive, but I ended up not having to ask. Gavin brought it up first.

“After Camille died, I wasn’t in any state to take care of a baby.” He reached out and brushed some of my curls back from my face. “Her parents stepped in and, when I’d healed enough to be able to think clearly, we talked. I wasn’t sure I could be everything Skylar needed, and she’d already been with them for over half a year, so I allowed them to adopt her.”

I fought to keep my surprise off my face. “Do you keep in touch with her?”

He nodded. “I see her as often as I can, at least every other weekend, and she knows who I am. Camille’s parents and I decided that we wanted Skylar to know who her mother was, and it only seemed right to do the same for me. She calls them Mama and Papa, and she knows that they’re her parents, but she calls me Daddy, and refers to Camille as Mommy. There are so many other kids she knows who have multiple sets of parents, she hasn’t really had a hard time accepting that this is just the way it is for us.”

“Would–” I hesitated, then continued, “Would you ever want to get custody back?”

“No.” His voice was soft. “But not because I don’t miss her and wouldn’t love to have her with me all the time. Her happiness and what’s in her best interest are more important than what I want. It would be cruel of me to tear her away from the only life she’s ever known.”

I leaned forward and brushed my lips against his. I returned to my previous position of a safe distance before it could become anything more. I wasn’t about to take advantage of his vulnerable state.

“She’s beautiful,” he said with a smile. “She has my eyes, but the rest of her is all Camille. Blond hair, about a shade or two lighter than yours, and this smile that can light up a room.” He reached out and pulled me towards him. “I can’t wait for you to meet her.”

My heart skipped a beat at that, breaking free of the last of the ice that had held it. He wanted me to meet his daughter.

“You know…” He began to run his fingers up and down my spine as I rested my head on his chest. “You’re the only person besides Howard who I’ve told this story to, and I was drunk when I told him, so I don’t think that counts.”

The faint tinge of humor in his voice warmed me more than the blankets. If he could smile, then his heart was mending.

“Thank you,” I whispered. I let my fingers wander across his chest. “Trusting me with that really means a lot.”

He didn’t say anything, only squeezed me tight for a moment. Minutes ticked by in silence. I didn’t feel the need to speak. He’d opened up, told me something so personal about himself that he’d never shared it before. And he wanted me to meet the most important person in his life. I would’ve thought that the idea of meeting a lover’s child would terrify me, but I found myself excited. I wanted to meet her, wanted to get to know someone who knew a different side of Gavin than the one that I knew. I wanted to become a part of her life.

That thought kept me awake even as Gavin fell asleep next to me, and it was still circling in my mind nearly an hour later when I finally slipped under.

Liam Takes Manhattan by Thea Harrison
By The Sea, Book Two: Amanda by Stockenberg, Antoinette
How Like an Angel by Margaret Millar
Braking for Bodies by Duffy Brown
The Complete Flying Officer X Stories by H.E. Bates
The Dead Travel Fast by Nick Brown
First Ladies by Margaret Truman
Return of the Warrior by Kinley MacGregor
His Texas Wildflower by Stella Bagwell
Lost in Thought by Cara Bertrand
Our partner