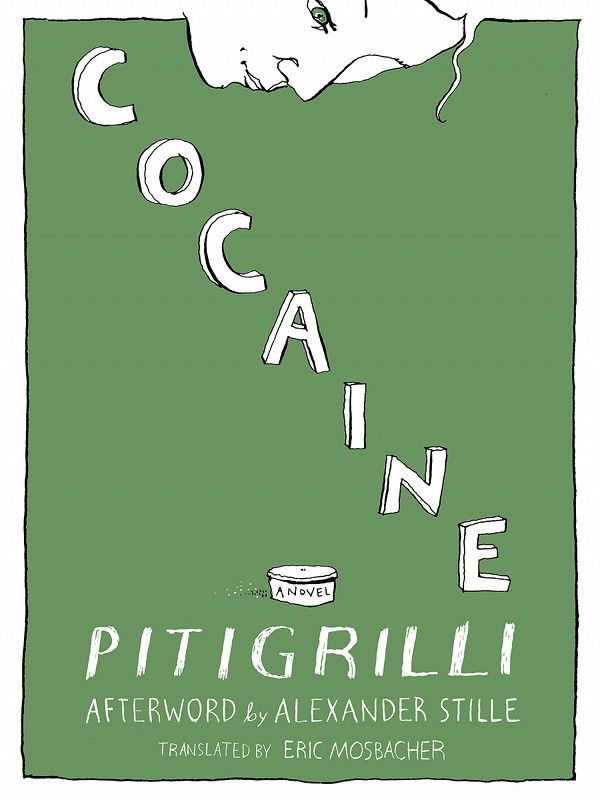 First published in Italian in 1921 as
Cocaina

This translation first published in 1982 by Hamlyn Paperbacks.

QED stands for Quality, Excellence and Design. The QED seal of approval shown here verifies that this eBook has passed a rigorous quality assurance process and will render well in most eBook reading platforms.

At the College of the Barnabites he learned Latin, how to serve mass and how to bear false witness — skills that might come in handy at any time. But as soon as he left he forgot all three.

For several years he was a medical student. When he presented himself for the pathology exam they said: “We can’t allow you to take it wearing a monocle. Either you don’t wear the monocle or you don’t take the exam.”

“Well, I shan’t take the exam,” Tito replied, rising to his feet. And with that he abandoned the idea of taking a degree.

He chewed gum sent him by an uncle in America as an advance on his legacy, and he smoked cheap cigarettes. When a woman took his fancy he jotted down her name in a notebook; she took her place at the bottom of the list, which he consulted as soon as he grew tired of the current favorite. It’s Luisella’s turn, he would note, and he would go and see Luisella.

“It’s your turn,” he would tell her. “And don’t waste time, because Mariuccia’s next, and she’s getting impatient.”

When he met Mariuccia he would say: “It’s not your turn yet, Luisella’s first.”

Not having a moustache, he was in the habit of twirling his eyebrows.

“Why do you keep twirling your eyebrows?” a young lady asked him one day.

“We all twirl the hairs we have, depending on our age and sex,” Tito replied.

The young lady thought him very witty and fell in love with him.

She lived in a flat in the same building and she was twenty. That is something that happens to young persons of both sexes when they are no longer nineteen and are not yet twenty-one. Afterwards we look back on it with regret as a fabulous age we did not sufficiently appreciate.

Her name was Maddalena, and she was a decent girl, though she went to a secretarial school. When they took their Sunday walk her highly respectable mama seemed to be shielding her daughter’s twenty-year-old virginity with her bosom; and every evening her father, who was one of those old-fashioned men who still count in
scudi
and napoleons, waited for her to come home with an extinguished cigar between his fingers and his spectacles on his brow, and if she was ten minutes late he would read her a lecture, brandishing his hundred-year-old pocket watch in the air like a sword.

He knew that when girls start by being five minutes late they end by being a fortnight late, and even more. All sexual morality is basically intended to avert the danger of girls
being late.

Maddalena’s parents were inflexible in their moral principles, and one day when Maddalena was seen exchanging a few kisses with Tito, her medical student neighbor, all the most picturesque insults suggested by comparative zoology burst forth from her mother’s robust bosom and spread and re-echoed up and down the stairs; she then resorted to medico-legal terms such as degenerate, irresponsible and satyr; and when her repertoire and her lungs were exhausted she seized the girl by the arm and dragged her inside the flat. Next day Maddalena was sent to a reformatory for fallen girls or girls in moral danger, and she remained there for ten months, until she attained her majority, because her poor but honest mother and her poor but irreproachable father could not allow her to take the wrong turning.

At the Royal Reformatory contact with her depraved companions was supposed to be neutralized by daily visits from a number of pious and aristocratic ladies whose presence, encouragement and example would show the juvenile offenders the way to the flowery arbors of virtue. These dried up, shriveled and bearded ladies, devoid of breasts or ovaries, did have a beneficial effect; they produced consternation and alarm among the young delinquents and turned their wavering imaginations towards the blissful attractions of vice. It is a grave mistake to entrust the kaleidoscope of virtue to ugly and repulsive women. Female reformers should invite the most glittering
cocottes
to visit prisoners and show them — in return for a reasonable fee, of course — that it was by the practice of modesty and chastity that they became so beautiful, attractive and tempting; while old, pious, ugly, aristocratic and bearded ladies could be usefully employed demonstrating the disastrous consequences of dissolute and licentious living.

Her older companions taught Maddalena all the arts of gallantry, from how to procure an abortion to how to fleece a client. She took a theoretical preparatory course in prostitution; and when she was released to return to the paternal roof she forgave her beloved parents for the excessively severe punishment they had imposed on her (for her own good) the previous year.

In their turn, her parents forgave her youthful indiscretion, but explained that their reputation permitted no compromise with conventional morality.

Soon afterwards Maddalena, having become the mistress of a big industrialist and of a wealthy priest, adopted the name of Maud. Her poor but honest parents put no obstacle in the way of her career, particularly as her mother was allowed to go and see her every day to inquire after her health and take the leftovers from her kitchen.

Her father, saying “No, I cannot accept them,” nevertheless accepted the industrialist’s banknotes and smoked his cigars. He drank the priest’s liquor and had his discarded cloak made into a magnificent morning coat, to be worn on special occasions and when he went to see his daughter. And since she was in the habit of discarding shoes and stockings while they were still new, he made himself responsible for getting a good price for them, dividing the proceeds into two equal parts, of course: one for himself and one for his wife.

Tito, in despair at the news that Maddalena had been sent to a reformatory, flung himself into a train for France, and he arrived in Paris eighteen hours later.

He read them all, one by one. By the time he reached the hundredth he was convinced that he really was both a doctor and a professor, for to convince others it is first of all necessary to convince oneself. He sent the first of them to the pedant who had prevented him from taking his degree by telling him to remove his monocle. What’s the use of a degree if a visiting card says as much as a diploma?

He succumbed to the melancholy that afflicts everyone during his first few days alone in a big city, and while strolling down a boulevard, looking up as if he were seeking the best place for a rope to hang himself with, he ran into an old school friend.

“I remember you very well. You used to quote dates in history like telephone numbers; coronation of Charlemagne, eight double zero; discovery of America, one four nine two. Have you been here long? Where do you eat?”

“At the Dîners de Paris,” his friend replied. “It’s a nice place, why not come along with me?”

“Do you go there every day?” Tito asked.

“You go to the same restaurant every day? That calls for a great deal of loyalty, surely.”

So Tito Arnaudi went and ate at the Dîners de Paris.

“And what do you do to find a woman in this country?” he asked his waiter friend.

“You stop a woman in the street and offer her a drink; she accepts. You offer her lunch; she does not refuse. You offer her a place in your bed; and, unless she’s committed to someone else, she goes to bed with you.”

Next day Tito Arnaudi spoke to a young lady in the street and offered her a drink and lunch, and made an appointment to meet her at a theater next day.

The young lady was beautiful. She said she was a mannequin at a big dressmaker’s in the Opera quarter. Smart, vivacious and decorative, she had all the characteristics of an ideal girlfriend. You can’t live abroad without a girlfriend; it’s impossible. Those who fail to find one go home after a month.

This one was the kind of woman who is capable of making you forget your country, change your address and renounce your nationality.

A man who arrives alone in a foreign country suffers from a devastating sense of loneliness. His thoughts return incessantly to the landscape, the streets, the walls he left behind. But if he meets a woman willing to give herself to him, she immediately creates a new world, a new homeland for him; her affection, whether genuine or simulated, forms a kind of protective capsule all round him. She provides a kind of neutral ground, a sanctuary. To the exile, a woman is a piece of his own country in a foreign land. The emigration authorities ought to provide relays of women at the frontiers to distribute to lonely emigrants.

Tito was exultant. He had met a woman and was to meet her again the next day. With that certainty in his heart, or rather on his lips — for he kept assuring himself of it all the time — he started walking the streets of Paris looking at the shop windows. He liked Paris. Woman is a prism through which things have to be looked at if they are to seem beautiful.

“Have you found yourself a woman?” the waiter asked Tito three days later.

“Don’t mention that subject to me,” Tito replied. “Because of a woman I met in a café I took two tickets for
La Pie qui Chante.
I was waiting for her outside the theater half an hour before the show began, as we arranged. At nine o’clock she still hadn’t turned up. The two tickets cost me fifty francs seventy. Was I to go in alone? Out of the question. The empty seat beside me would have ruined the performance for me. Was I to go away? Those two tickets in my pocket would have stopped my blood from circulating. So I waited at the door to unload them on someone who hadn’t already bought tickets. An old gentleman with a wife and a pair of opera glasses paid for them without arguing and offered me a five franc tip. He took me for a tout.”