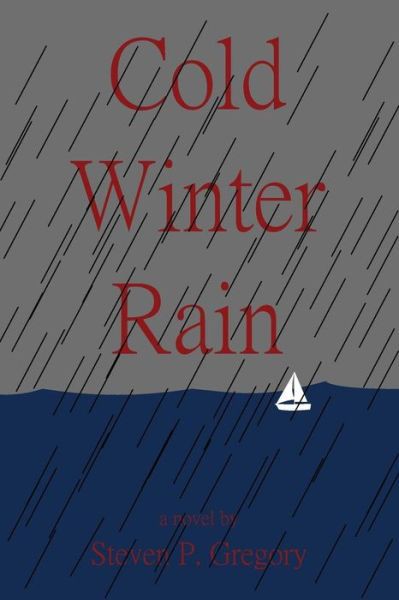 OTHER BOOKS BY STEVEN P. GREGORY

The Dreamer's Mistress and Other Stories
(2012)

In the long run, we are all dead.

This book, or parts thereof,

may not be reproduced in any form without permission.

This book is dedicated to Jan, my wife and editor,

and Sam, my son and cover artist.

All names, places, characters, and incidents

are entirely imaginary, and any resemblance

to actual events, or to persons living or dead,

Don Kramer’s face looked like he’d shaved it with a rasp every morning for the last thirty years.

The voice matched the face.

Kramer sat on the other side of my desk in the client chair.  He wore a dark gray pinstripe suit and held a wet gray trench coat in one hand.

Except for a week’s worth of scattered dry days, the rain hadn’t stopped since the new year began.  Kramer dropped the trench coat beside the chair, where it shed a puddle of rainwater onto the floor.

“
Find my daughter.”  Kramer pulled a three-by-five color print out of the pocket of his suit coat, leaned across the desk, and laid it in front of me.  “Kristina.”

A tall blonde girl of about eighteen looked out of the picture from in front of a soccer goal.  The print was the kind you can have done at a copy store.

“
Two days,” Kramer said.  He tugged a pack of cigarettes out of his inside coat pocket and lit one.

People don’t usually smoke in my office, but the man’s daughter was missing.  He took a long drag and held the cigarette commando style, the tip shielded in his hand.

“Anyone else trying to find her?”

“
Birmingham cops.  Alabama state cops.  Jefferson County.  FBI.”  He snorted.  “Alabama Southern cops, too, if you want to count them.  I don’t.”

Kramer smoked and stared hard at me.  I said nothing.

The raw January wind blew harder against the clapboard siding of the building, a damp gust sweeping more rain in sheets across the Gulf of Mexico.

Looking past the bar just outside my office door and the ten tables on the deck, I could see the dark gray water of the Gulf, surf running to whitecaps past the sand bar two hundred yards out, and beyond, a necklace of lighted natural gas derricks.

I went around the desk and out to the bar, selected a bottle of Early Times, brought it and two glasses back to the desk and poured two drinks.  “Sorry I don’t have any single malt scotch.”

Kramer swallowed the whiskey in one gulp and set the glass down easy.  “Thanks for the drink.  I’ve had worse.  You going to help me?”

I took a sip of the bourbon.  It was warm going down.  Smoky.  The warmth spread seductively across my midsection.

“
The obvious question here is, why do you need me?  Police, state police, feds -- what can I do that they can’t?”

Kramer took out another cigarette.  “You can do what I asked you to do when I walked in here.  Find my daughter.  She’s missing two days.  I want her found.  Now.”

I picked up the picture again.  “Was an Amber Alert issued?”

“
She’s nineteen.  Amber Alerts are issued only if the child is seventeen or younger.  Media are all over it though.  Satellite trucks outside the house, police press conferences.”

I nodded.  “Where was she last seen?”

“
Fuck,” Kramer said.  He stubbed out the cigarette on the bottom of his wingtip.  “There’s no goddamn husband.  The girl is nineteen years old.  She’s a college kid.  She’s a good girl.”

He gestured toward the picture.  “Soccer scholarship.  English major.  Her mother and I. . . .”

His voice trailed off and he looked away.  “She’s our only girl.  I want her found, goddamn it.  I’ll pay your top rate.  You want a retainer?  You want cash?  Tell me how much.”

“
One thousand dollars a day plus expenses.  But I don’t need a retainer.  I’ll send you a bill.”

“
I’ve been paid more than that for an hour.  You’re hired.”

Kramer lit another cigarette.  “Keep the photo.  But I want you to come back to Birmingham with me this afternoon.  Meet my wife.  Susan.  She was the last family member to speak to Kris.  I’ve got a friend’s private jet waiting for me at Brookley Field.”

I walked around to the front of the desk, half sat on the corner.  “All right. But I make my own travel arrangements.  If we arrived in Birmingham late this afternoon, I could not get much done tonight.  I’ll fly up tomorrow.  I’ll meet with you and your wife in the morning.”

I stood.  “And there’s one other thing.  If I find your daughter and she doesn’t want to come with me, I’ll let you know where she is, but whether she returns to home and hearth is her decision.”

He cocked his head to the side for minute, appraising, then stood.  “Deal.  Work it however you want to, Slate.  Just find her.”  Kramer held out one finger.  “Kris’s full name is Kristina Alexandra Kramer.”  He shrugged.  “Susan majored in Russian at Middlebury, worked at the U.S. embassy in  Moscow a couple of years after college.”

“I’ll do my best.  Tell me your address in Birmingham.”

Kramer gave me the address, shook my hand, and walked out of the office, out of the bar, and into the cold rain.

Two decades ago, when I was in law school, I clerked for six weeks one summer in the office of the attorney general of Alabama.  Kramer worked as a special assistant AG for three years during the benighted Guy Hunt’s term as governor.  Kramer was only five years out of law school himself then.

Kramer had served in a Special Forces unit in El Salvador, and the AG had recruited him to lead an investigation and prosecution of some crooks from New Orleans who’d sold fraudulent oil leases to Alabama investors.

The national press picked up the story, and Kramer’s picture ended up on the cover of
The
Wall Street Journal
.

Kramer had been a tough prosecutor but no politician.  Word had it he’d made a deal with the professional politicians not to run for office.

In return, Kramer got to spend three years kicking ass and taking names, and some heavy-duty bad guys went to jail for a long time.

I picked up my drink, walked around the bar and sat at a table next to the window overlooking the beach, and, beyond, the Gulf of Mexico.

As far down the beach in either direction as I could see, there was not a single human being.

After a device called a blowout preventer had failed, on the bottom of the sea floor five thousand feet down and a little over one hundred miles south-southwest of where I sat, to prevent a blowout, the next eighteen months had been a slow, tough slog for every business on the Gulf.  Barring any more oil spills from the new well Washington had given BP permission to drill, by late May, there wouldn’t be a place to lay a beach towel flat for a half mile east or west.

I had spent a good part of November, December, and January repairing a year’s worth of wear and tear on my little beach bar.  Pressure-treated pine lumber that will take twenty years of outdoor exposure as part of the hardscape of a suburban inland home will survive maybe three years of ninety per cent humidity, salt spray, wind-driven grit, and coastal sun reflected off sand as white as refined sugar.

Teak would probably have lasted as long as the Gulf coast, or at least until the next category three hurricane, but late each fall when I considered the cost of rebuilding with rare lumber imported from another continent, I defaulted to yellow pine from the local lumber yard.

The thirty-by-fifty foot deck overlooking the Gulf had benefited from the annual application of time and money.  The new wood was already fading to a soft gray.  By Memorial Day, the new parts of the deck would be indistinguishable from the old.

The rain had diminished, falling now in a wind-driven sprinkle.  At the shoreline fifty yards east, a small group of sandpipers, resembling quail in their wind-ruffled feather coats, made desultory rushes at the receding water.

My bartenders and waitresses had January and February off.  Across the jetty that allowed seawater to flow in and out of Big Lagoon, the Pink Pony Pub kept a bartender and a waitress or two on hand all winter.  My bar was never quite as busy except for the month or two after the school year ended and before the hottest part of summer.

I opened the place up and aired it out most days.  A handyman friend, who lived with a tattoo artist in a mobile home in Foley and worked up and down the coast in the winter on beach property restoration, dropped in from time to time to do a little sanding, varnishing, and light carpentry.

The truth was I didn’t have much more to do than any other beach bum in the middle of winter in lower Alabama.

I looked at the print of Kristina Kramer her father had left on my desk.  What did she have to tell me?

I finished my drink without taking my eyes off the picture, then walked around to the bar and washed and dried my glass and Kramer's and placed them in the rack.

Back in my office, I removed the Glock in its shoulder holster from the top desk drawer and threw the rig on.  I pulled my rain parka off the coat rack, put the picture of Kris Kramer in the inside pocket, and walked in the rain to my car.

Kramer’s problem would stay with me for a while, and there was nothing I could do but embrace it.

By five, the rain had stopped.  In the cabin of the
Anna Grace
, I dug my suitcase out from under my bed and threw in socks and underwear and a couple of changes of clothes and a vinyl zipper bag I kept packed with essentials:  razor, toothbrush, dental floss, a full box of Federal Hydra-Shok in forty-five caliber.

Indomitus Vivat (The Fovean Chronicles) by Robert Brady
Marjorie Farrell by Autumn Rose
My Life in Pieces by Simon Callow
Night Huntress 06 - Eternal Kiss of Darkness by Jeaniene Frost
Gerrard: My Autobiography by Steven Gerrard
Blood on My Hands by Todd Strasser
Vengeance (The Captive Series, Book 6) by Erica Stevens
My Weirdest School #2 by Dan Gutman
I Will Come for You by Phillips, Suzanne
The Message by K.A. Applegate
Our partner