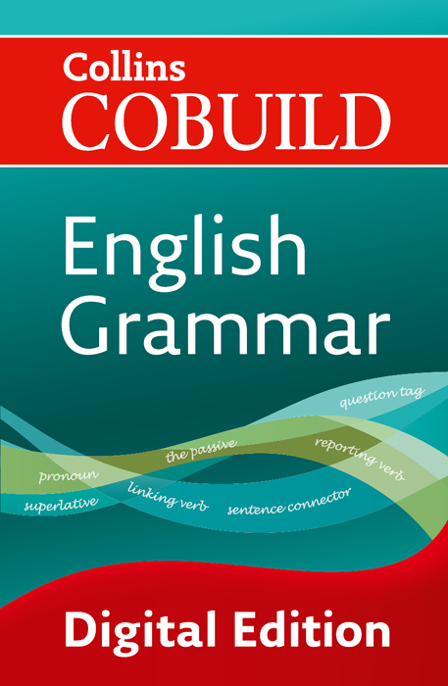 When the first COBUILD dictionary was published in 1987, it revolutionized dictionaries for learners. It was the first of a new generation of language reference materials that were based on actual evidence of how English was used, rather than lexicographer intuition.

Collins and the University of Birmingham, led by the linguist John Sinclair, developed an electronic corpus in the 1980s, called the Collins Birmingham University International Language Database (COBUILD). This corpus, which for several years was known as the Bank of English®, became the largest collection of English data in the world. COBUILD dictionary editors use the corpus to analyse the way that people really use the language.

The Collins corpus now contains 4 billion words taken from websites, newspapers, magazines and books published around the world, and from spoken material from radio, TV and everyday conversations. New data is added to the corpus every month, to help COBUILD editors identify new words, grammatical structures, and meanings from the moment they are first used.

All COBUILD language reference books are based on the information our editors find in the Collins corpus. Because the corpus is so large, our editors can look at lots of examples of how people really use the language. The data tells us how the language is used; the function of different structures; which words are used together; and how often these words and structures are used.

All of the examples in COBUILD language materials are examples of real English, taken from the corpus. The examples have been carefully chosen to demonstrate typical grammatical patterns, typical vocabulary and typical contexts.

COBUILD Grammar is no exception: Collins editors and researchers have been able to use this wealth of information to establish a unique and full description of English grammar, and to track the development of certain grammatical structures over time.

The corpus lies at the heart of COBUILD, and you can be confident that COBUILD will show you what you need to know to be able to communicate easily and accurately in English.

If you would like to learn more about the Collins corpus, or to sign up for our online corpus service, please go to
www.collinslanguage.com/wordbanks
.

We would like to thank the following people for their contributions to previous editions of the text:

This grammar is suitable for anyone who is interested in the English language and how it works in everyday current contexts. It has been written mainly for advanced-level students and their teachers, but any serious learner will find it a valuable reference tool.

The information in this book is taken from a long and careful study of present-day English involving the analysis of the Collins corpus – a corpus of many millions of words of speech and writing.

A grammar that puts together the patterns of the language and the things you can do with them is called a
functional grammar
.

This is a functional grammar; that is to say, it is based on the important relation between structure and function.

Each chapter is built around a major function of language, such as
describing people and things
, and
reporting what someone said
. Each of these functions is regularly expressed in English by one particular structure. For example, describing people and things is usually expressed by adjectives, and reporting what people say or think typically involves a reporting verb such as
say
, followed by a clause beginning with
that
or a clause with quotation marks (‘ ’) around it.

This grammar follows up each major statement (often called a
rule
in other grammars) with a detailed description of the uses surrounding it – including any exceptions. The scope of the original function may then be extended. For example, the basic, central function of reporting verbs (
chapter 7
) is to state what someone has said.

He said
he would be back soon.

It can easily be extended to include what someone has written.

His mother wrote
that he had finally arrived home.

Then it can be widened to include thoughts and feelings; these do not need to be expressed in words, but the reporting structure is very convenient.

The boys thought
he was dead.

From this we can see the reporting clause as a more general way of introducing another clause.

All the examples in this book are taken from the Collins corpus.

As ever, the corpus lies at the heart of each grammar point described, helping compilers to make confident and accurate decisions about different structures and usage. Examples themselves remain close to the corpus, with minor changes made so that they are more accessible to the learner. They are carefully chosen so as to illustrate typical patterns and collocations in real-life situations.

Groups of words that behave in the same way

As well as providing a wealth of illustrative examples, this book gives further information about the grammar of a large number of specific words. The actual words and phrases that are regularly used in each structure are given in a series of lists. In this way, the learner can get a good idea of how large or small a grammatical class is, and how many words a certain rule applies to.

Wherever there is good reason to do so, the words and phrases are grouped together in a list in a meaningful arrangement. So, for example, at
1.21
, separate groups are set out in a single list, including animals, fish, words ending in
-craft
, and foreign words ending in
-s
. These all share the same feature, i.e. that they can be either singular or plural nouns without any change in form –
moose
,
salmon
,
aircraft
,
corps
. From a purely grammatical point of view, they could all go in a single alphabetical list; however from a teaching and learning point of view, it is helpful to have them further classified according to their meaning.

Certain areas of English grammar are very flexible and
productive
. Some are well known, such as the fact that almost any noun in English can modify another noun. For example, the noun
steam
can be used in, among others, the following combinations:
steam bath
,
steam room
,
steam engine
,
steam iron
,
steam power
, and
steam train
.

With this in mind, several ‘Be creative’ features are included to encourage learners to use their imagination, and to be more confident about expressing themselves. In such cases, rather than giving a definite rule, we prefer to give guidance so that the user can make individual choices with no serious risk of error. By describing the language in this way, we give plenty of scope for creativity and innovation.

When using a grammar, it can be difficult to find the information that you want. This is often the biggest single problem for users of grammars, and a good reason why grammars are often unpopular with learners. This grammar makes a special effort to support the user.

We have aimed to use the most up-to-date and commonly used grammatical terminology throughout. Technical terms have been used only where there is no obvious alternative. A glossary of terms is provided and they are also all listed in the index.

There is a contents list at the beginning of the book. Using this or the index, the user will be able to find the section or paragraph where a function is associated with a structure.

Throughout the book there are paragraph headings that show the topic of almost every paragraph, and there are frequent additional headings for each section of a chapter. At the top of each page, there is another heading to guide the user.

The continued development of the corpus has enabled us to keep up with the ever-changing nature of language. This third edition of COBUILD English Grammar presents the results of a body of research that has been carried out on language data collected over the last 20 years. The researchers tracked the development of a set of grammatical features, including:

(i)   the use of the progressive with so-called stative verbs (e.g.
I’m loving every minute of it
)

(ii)  the use of
much
in affirmative unmodified statements (e.g.
There was much debate
)

(iii) the spread of generic pronouns (e.g.
You get some people who are very difficult
)

The results were sometimes fascinating and surprising, and have enabled us to ensure that this new edition of the Grammar gives you a clear portrayal of real English as it is written and spoken today.

The grammar of academic and business English

In the course of our preparation for this new edition, teachers and learners told us that a useful extension of our functional approach would be to focus on two main contexts in which English is used as a lingua franca throughout the world – academic and business English.

As a result, two brand-new supplementary sections have been added. These identify the principal areas of grammar that learners need to master if they wish to communicate effectively in business and academic contexts.

The academic English section covers such areas as explaining results, reviewing research, and reporting findings. The section on the grammar of business English looks at typical structures used in such contexts as sharing information, negotiating, and giving presentations. Extensive cross-referencing allows the user to refer back to the main text, where structures are discussed in greater detail.

We hope that you will enjoy learning about English grammar from a functional perspective – from exploring the wealth of real-world examples of current language, to understanding how certain structures work in academic and business contexts. We hope, too, that as a result, you will gain the confidence to use English creatively and effectively in a wide range of everyday situations.

A Million Versions of Right by Matthew Revert
The Chinese Egg by Catherine Storr
Grunts by Mary Gentle
The Memory of Running by McLarty, Ron
A Place Called Winter by Patrick Gale
Chances (Mystic Nights #1) by MJ Nightingale
65 Below by Basil Sands
Death of a Village by Beaton, M.C.
A Fairytale Christmas by SUSAN WIGGS
To Catch His Mate (Crescent Moon Series Book 5) by Savannah Stuart, Katie Reus
Our partner