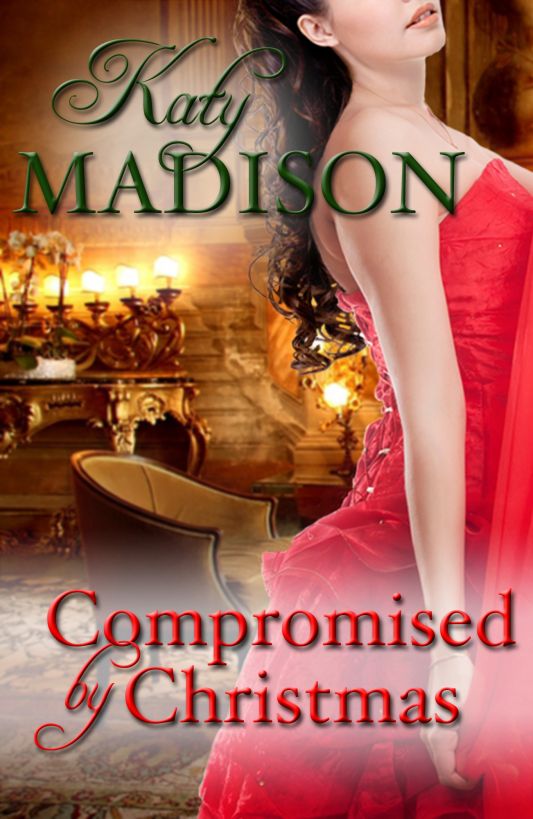 Sweetheart?
"Do you mean to talk to me all
night?"

"If that is what it takes," Max said, but then he
brushed his lips across hers. His touch was light and altogether
unsatisfying. She wanted more.

His mouth covered hers again. She lowered her arm
around his neck.

He kissed her languorously as if in no hurry at all.
Her bones were melting and a building urgency made her arch into
him. Then he ended the kiss as if reluctant, his lips clinging to
hers. "Are you done being frightened, pet?" 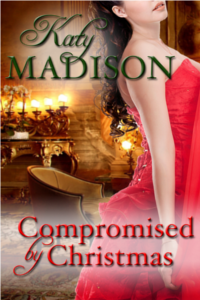 All rights reserved. No part of this book may
be reproduced in any form or by any means without the prior written
consent of the author, excepting brief quotes used in reviews.

This ebook is licensed for your personal
enjoyment only. This ebook may not be resold or given away to other
people. If you would like to share this book with another person,
please purchase an additional copy for each recipient. If you're
reading this book and did not purchase it, or it was not purchased
for your use only, then please return to Smashwords.com and
purchase your own copy. Thank you for respecting the hard work of
this author.

This book is a work of fiction. Any
resemblance to any person living or dead is purely
coincidental.

This book was originally published in
paperback by Kensington Publishing Corp.

as A Midnight Clear by Karen L. King

Roxana Winston tied the strings of her chip-straw
bonnet under her chin and gave one final look around the attic she
shared with her three sisters. She would never return, and she
would not miss this cramped and cold space.

Bent over like an old crone to clear the low-hanging
thatched roof, she skirted around the straw ticks on the floor and
made her way to the ladder that led down to the cottage's
kitchen.

This tiny house had once been the groundskeeper's
residence, but was quite a come-down from Wingate Hall, where the
Winston family had lived for the first twelve years of Roxana's
life. Now they could look across the ungroomed lawn and see their
family seat, but the hall was let to Mrs. Porter and her so-called
"daughters."

Roxana's mother stood at the bottom of the ladder.
Perpetual worry carved lines in Lady Winston's forehead and grooves
along her mouth. "You will be all right, won't you?"

"Of course I will, Mother." Roxana was more worried
about the rest of them while she was gone.

Worry was familiar to her. Worry that her father
would learn that she was stealing up to Wingate Hall, worry that he
would return home and make their life miserable, worry that she
could not produce the next meal, and worry that they would not have
enough firewood to keep warm were constant companions. She was numb
to worry. Yet a herd of horses seemed to have established a
racetrack in her stomach. Anticipation and—dare she think it—hope
weakened her knees and made her hands shake. In a few minutes she
would be free of this place.

Roxana's sister Katherine turned from where she
peeled potatoes, as if she had heard the false bravado in Roxy's
voice. But Katherine was bravely pretending she could manage the
household and take over the chores that Roxana managed.

The four potatoes were shriveled, with black spots.
Katherine was careful to peel only a narrow layer of skin away.
Their food supply dwindled, while spring planting remained a long
way away. A month ago a fox had broken into their chicken coop and
left only bloody feathers, cracked eggs and scattered straw. These
four potatoes would supply the day's meals.

"Yes, I know, Mama." Roxana tugged her mother's
slipping shawl up around her bent shoulders. For a woman of only a
certain age, Lady Winston was so beaten down she could have passed
for a woman of twice her years. Thank goodness she had retained
ties to friends of better times. "I am mindful of the great favor
that the Duchess of Trent and her stepson are granting me. I will
do nothing beyond show my gratitude."

Her mother frowned. "Your mouth has gotten the better
of you at times. You cannot alienate a potential suitor with your
sharp tongue. Your father . . ." Her voice trailed off.

Katherine ducked her head as if their father was
present. Roxana's chin lifted with her habitual defiance.

"I shall restrain my tendency to speak my mind. In
fact, I shall just keep my intelligence safely locked in a
box."

Her mother wore a vague look as if she was not quite
sure if her daughter was serious or not. "A husband will expect a
sweet and biddable wife." Her mother leaned close and whispered,
"You must fix a man's affections quickly. You are very pretty, so
if you have to . . . no one will doubt . . ." Her mother found
herself unable to supply the words for the fallback plan. "It is a
good thing you inherited your father's looks."

Roxana's jaw tightened. Her dark hair, blue eyes and
evenly matched features had come from her father, but she would
have gladly traded them for Katherine's wispy blond curls, upturned
nose and freckles. Anything to look less like the man who had
forced them into this poverty.

"You remember what I told you?" asked her mother.

Lady Winston had turned beet red as she explained the
contingency plan to her oldest daughter. A party lasting a little
over a fortnight was not likely to produce a proposal, yet Roxana
needed to garner one. So she had been given instructions that she
may get compromised, thereby forcing a proposal or a settlement. A
girl of her birth could reasonably expect a proposal.

"I know what I need to do, Mama," Roxana said.
Dissatisfied with her mother's vague hints and innuendos, she'd
asked the more worldly Mrs. Porter for a full explanation and
pointers on how to prompt a man to take such a treacherous step.
Mrs. Porter's reluctantly given information had been much more
illuminating.

While her mother offered it as a last resort, Roxana,
with her more pragmatic nature, thought she'd do better to get
compromised. A legitimate marriage proposal was unlikely and the
worst thing that could happen. Roxana had other plans. They did not
include marriage.

"Yes, do not set your sights on the duke, because he
will do everything too correctly. My understanding is he would
never . . . breach the bounds of propriety. A younger man is more
likely to be swayed by his passions. You will need the duke to
demand the proper recompense for you. And do not under any
circumstance acknowledge our tenants."

"Yes, Mother." Lady Winston had managed to avoid
calling Mrs. Porter and her girls by name for the last half-dozen
years. Roxana should not even know about their sort of people. She
gave her mother a perfunctory kiss on her cheek. "Good-bye,
Mama."

In the parlor that at night doubled as her
thirteen-year-old brother's bedroom, Roxana looked around
ascertaining that every scrap of lace and usable button was packed.
She no longer noticed the cracked and yellow plaster or the smoky,
rattling windowpanes. Her poverty would not be evident in her
wardrobe, at least. She closed the trunk in the center of the room.
Her brother lifted one side and they carried it out to the waiting
pony cart.

"I can ask around in town and get work," said
Jonathon as he lifted the trunk and shoved it into the cart
bed.

Roxana's eyes stung as she considered the idea of the
future Viscount of Wingate working as a common laborer. "Let me see
what I can do, first."

Her brother threw himself at her, wrapping his arms
around her tightly. "It is bad enough that you have had to work as
a seamstress. I cannot stand the idea of you marrying just to
provide for us. If I were older I could join the army."

Roxana rubbed her brother's shoulders. "I like the
sewing, and do not fret about my future. This could be the best
thing to ever happen to me."

A thick lump blocked her throat as she hugged each of
her sisters.

As she held Katherine she whispered, "The Christmas
gifts are tucked under the end of the mattress in the attic."

Katherine leaned back. "You said we would not
exchange gifts this year, that we could not afford it."

"Yes, well, they are only small gifts, and I am
selfish enough that I want you to think of me on Christmas Day when
you open them." Roxana touched her sister's cheek and smiled even
though it was painful and she had much rather cry, but Katherine
needed her confidence boosted. "Besides, I am sure I will want for
naught at the Trents' house party. I hardly need any gifts."

Her heart heavy with not knowing when she would ever
see them again, Roxana climbed onto the pony cart. She was to sell
it and the rickety old nag in town to have the money to hire a
post-chaise and outriders to reach her destination. Roxana had
already determined she could ride the mail coach for less, even
with paying extra to transport her ancient trunks.

The hope and fear on Katherine's face, the quivering
lip that Jonathon tried to control and the tearful kisses of her
two younger sisters made an ache spread under her breastbone. She
could not let them down. She would find a way to keep them fed and
warm.

Her sisters deserved the chance to make decent
marriages and Jonathon should not have to face the prospect of
becoming a laborer. Roxana was determined to succeed with her own
plans. This was her golden opportunity and her last desperate
chance to save her family from this hopeless existence.

"Oh, Max, I am so glad you've arrived home. You will
know the right thing to do. You always do. You have invited a few
of your bachelor friends to the house party, have you not?" asked
the Dowager Duchess of Trent without lifting her pen from the
paper. Her smooth forehead crinkled with worry, and she puckered
her lips in concentration.

"Ah, are you ready to toss out your handkerchief
again, Maman?" Maximilian Adrian Xavier St. Claire, otherwise known
as the Duke of Trent, smiled indulgently at his stepmother. "It is
about time you remarried."

"Pish!" said the young dowager duchess. "Well, there
is you, and I invited the Breedons, and they will bring their
son."

Since his stepmother was not likely to count him as
possible marriage material, nor did he think she would consider the
Breedons' son, he did not suppose she was on the hunt for a new
husband. This was just as well, because he was rather used to Fanny
running his home, first for his father and now for him.

Since she was only seven years older than Max, would
she want to remarry now that her year of mourning was done? "I
could send for Scully," Max said.

"Did you call me 'Maman'?" She paused in the middle
of writing.

"Did I?" asked Max. She had halfheartedly tried to
get him to call her that years ago. They had eventually compromised
on first names. He knew that calling her "Maman" would jar her
loose of her preoccupation with whatever current problem wrinkled
her brow. He'd hoped for a laugh, but she had not laughed much of
late.