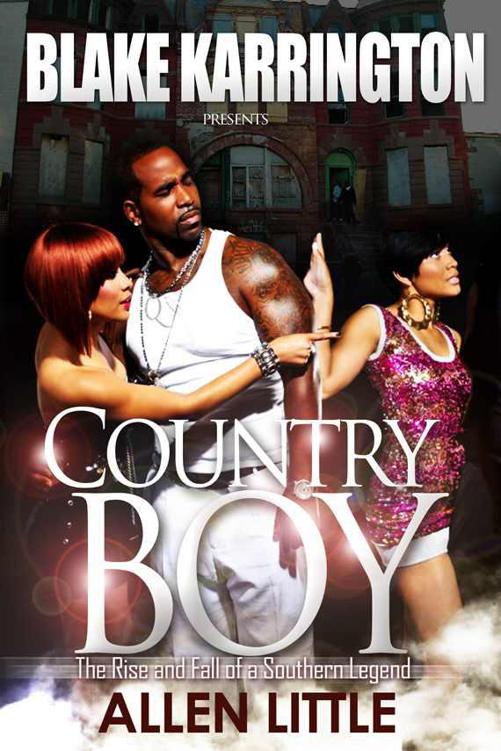 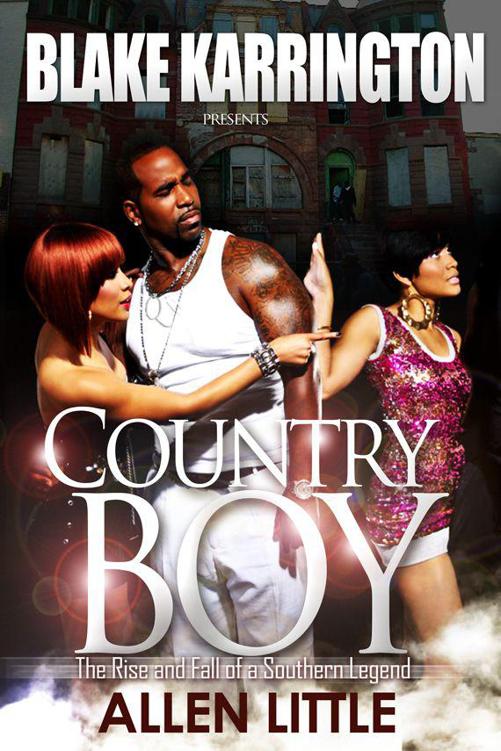 The Rise and Fall of a Southern Legend

All rights reserved. No part of this book may be reproduced or transmitted in any form or by any means, electronic or mechanical, including photocopying, recording, or by any information storage and retrieval system without the written permission from the publisher or author, except for the inclusion of brief quotations in a review.

This is a work of fiction. It is not meant to depict, portray or represent any particular real persons. All the characters, incidents and dialogues are the products of the author’s imagination and are not to be constructed as real. Any resemblance to actual events or person living or dead is purely coincidental.

It all started Friday morning, business as usual.

A silky voice answered. “It’s all according to who I’m speaking to.”

“Oh yeah, well is it too early for Champagne?”

Just hearing that name made his body respond and his mind begin to think back. Champagne was a stripper named Asia he had met at the crew’s club. All of his boys were big up on the dancers from out of town. Corey and Poo handled most of the shows and business dealings at the club. They allowed the girls to come from different strip-joints from around Charlotte and Fayetteville, N.C. The girls would hang in the back office with the rest of the crew while they played poker. Whoever won a hand would tip their favorite stripper, who was usually already clinging to their neck.

Q was never too big on the stripper thing so some of the girls who pushed up on him felt like he was being all stuck up and shit. Fact was he knew why and what they were there for, and he wasn’t trying to part with either. He just came to watch the card game and recuperate. One night Tim called his cell and told him one of the girls brought her cousin who had been dancing for about two weeks. “The girl done heard about you, fam and wants to meet you.”

“Nah homie, you know what’s up when it comes to that. Ain’t nuttin’ happening.”

“Good looking out tho’, I’ll get at you at the club.” Q replied.

The line at the club was all the way back to the Main Street. Big Kev saw Q’s black 740iL creeping past the line of cars waiting to be searched for weapons. He stuck his flashlight out and signaled Q around the line of cars.

“Damn, that nigga got this whole side of town on lock,” said a local hustler named Tech. “Look at the way mothafuckas bowing down to this nigga.”

“I don’t care who he is, his ass can wait in line like everybody else.”

“Hold up, my nigga. Unless you trying to get yourself killed pleezzz leave that shit alone.”

“He’s not God, but he will have you standing in front of God before daybreak. Now get ready to put that heat in the booth before you have six of your homies carrying yo’ black ass around the back of the church.”

Shae and Tab were two girls working the booth. “Damn Tab, there go fine ass Q. That nigga so dark and lovely he looks like he was made for that car.”

“Yeah girl, that nigga will always have pussy as long as I got one.”

Q pulled to one side and got out and went toward the booth. People were whispering and speaking so much you would have thought Tyrese or somebody got out of the car. “Look at all these bitches sweating my man,” said Tab.

Q spoke to a group of females standing at the booth. They all had gotten into their killer stances, trying to gain an edge on the next chick. You know pigeon-toed, bow-legged, hands on the hip type shit.

“What up Quentel?” A cutie by the name of Angie said knew she had to have known him well to be using his government name like that.

“She’s fine, spoiled rotten though.” Angie had a daughter named Lexus, who, like her, was gorgeous. She had these green eyes that would hypnotize a nigga. Q always knew she had a crazy crush on him, but he had only been with three light-skinned women in his life. He liked his meat dark.

Q hollered at Tab, “Yo Tab, let them in for free Baby-Girl, it’s on me okay.”

“Aiight Q. Now please go inside the club before you let everybody in for free,” she said eyeing the group of girls.

Once he entered the club he could feel the eyes on him. This always made him uneasy. Crowded places made Q feel congested and uncomfortable. He always wondered if they could read the nervousness from his body. He slid quickly to the back offices where his boys where. When he entered the room he was greeted by all types of fragrances. The one thing about strippers was that they all smelled like some fruity lotion. The whole crew was around the poker table.

Q spoke. “What’s up fellows, ladies? Man it’s packed out there. Cars backed up damn near a mile down the road and people still trying to get in this bitch.” He pointed at Corey and said “The fire code fine is $1500. Break that shit and it’s on you nigga.”

Suddenly there was a loud knock at the door. Instinct made every nigga in the room reach for they shit. Suddenly a stripper named Cream yelled, “Hold up y’all, it’s probably my cousin Asia.”

Tim opened the door. The female that walked through caught Q completely off guard. His first thought was that she couldn’t have been a stripper, even though she had the complete package; you know, light eyes, small waist, and from behind it looked like two lil’ boys wrestling to get out of her pants. After the formal introductions everyone could easily see that Asia had gotten more words out of Q than any stripper had ever.

“So you’re the famous Q huh? I’ve heard so many things about you.”

“You shouldn’t believe everything you hear.”

“I didn’t say that I believed anything. Besides, I’m the type who believes it when she sees it.”

Q liked her sassiness. After a couple of quick glances and brief conversational exchanges, Q pulled her to his back office and she began to tell him her life story. He took an immediate liking to Asia, who he learned, was also a junior at Fayetteville State, and a part-time secretary for a law firm. Q always had respect for women who worked hard for what they wanted out of life. This was a quality most strippers, or women in general, didn’t possess. Q quickly knew this was the type of female he wanted and needed on his team. “Yo, how about we get up out of here and find a better place to talk?”

“That’s cool, let me let my cousin know we about to bounce.”

As they began to exit the club Asia could feel the envious eyes on her. When they arrived at Q’s car he went to her side and opened the door.

Yo you know how we do it down south. “Plus I want you to save those hands for later.”

“And what will they be doing later?”

Q just smiled has he began to drive to one of his spots he kept around town. Any true playa knew he couldn’t take a woman he just met to the place he laid his head, even though he was really feeling Asia.

When they arrived at the spot Q walked Asia inside the apartment. She was immediately impressed. Though this was just a layover spot, Q had it laced out. Plasma TV’s, leather, the whole nine.

“Anything slow.” She responded with a smile.

As R Kelly began to sing, Q thought it was a good time to take Asia up on the massage. “Ma what’s up with the massage we talked about?”

“Am I getting paid for this?” She asked jokingly.”

“Yeah whatever you want. Just make sure I’m not wasting my money.”

“Oh do believe you’ll get your money’s worth.” She said.

Q laid on the bed face down, eyes closed, while she began to massage his body.

“Damn loosen up,” Asia said to him. “Your back is so tense.”

She noticed how tight every dense muscle in his thick back was. She slowly eased down to his lower back and buttocks. Q’s body had begun to react to her soft touch. He was hard has a rock. She began to rub the inner part of his thigh. That was all he could stand. He turned over and looked in her hazel eyes. It seemed like she sensed his thoughts and started kissing his lips softly. They traded lip positions for what seemed like an hour. Q turned Asia over on her stomach and started to lick and kiss her down the small of her back. He then grabbed her right leg and pulled her to him and continued to kiss both her ass cheeks. He could feel her body tremble as he reached his destination. The baby blue thong she had on was soaking wet. Q pulled it to the side and began licking her hole from the back; he used his fingers to play with her swollen clit.

“Pleeezzz Baby, pleez, put it in! I can’t take it!” He climbed on top of her and found her opening. Her hazel eyes suddenly turned white as they rolled back in their sockets. Just before she could begin climaxing again he switched her to another position with her on her knees and him from behind, their sweat covered bodies locked together. He couldn’t help but to admire how her petite frame could take his large member. Looking at her fat ass jiggle was all he could take.

“Now Baby, now”, she said, “Let’s come together.” Every muscle in his body tightened as he let go of his fluids, filling her sex pot. Cum begin to run down both her thighs. They exchanged sexual escapades a couple more times, and then Q realized it was getting late and he needed to be heading home. Though he was definitely a man’s man, truth be told, he had a curfew and time was winding down. After a quick wash up, he gave Asia his info and got hers. They agreed to see each other again. Soon after, he headed home.

The next morning Q was awakened by the common smell he had grown accustomed to. The smell of bacon and eggs were all through the house. He lay awake with the covers pulled over his head, his mind drifting back to the wild and crazy night he just had. He came from under the covers and began staring at the fan slowly moving above him on his mirrored ceiling. He was suddenly snapped out his trance by the opening of his bedroom door. It was his girlfriend Tashonda, Tee for short. Tee was what every hustler dreamed of. She stood 5’8” tall, with short cropped hair, nice big lips, small waist, and a fat ass! Their relationship, like most others, had its ups and downs, but their love for one another was unconditional.

“No what’s up with you? You the one about to miss curfew last night.” Tee responded with a raised eyebrow. “Must have been a long night at the club, the way you were sleeping.”

“Yea you know how niggas be acting. I didn’t want to leave Tim there by himself.” Q gave Tee the once over and let her know he didn’t approve of the tight dress she had on. “Where you going anyway?”