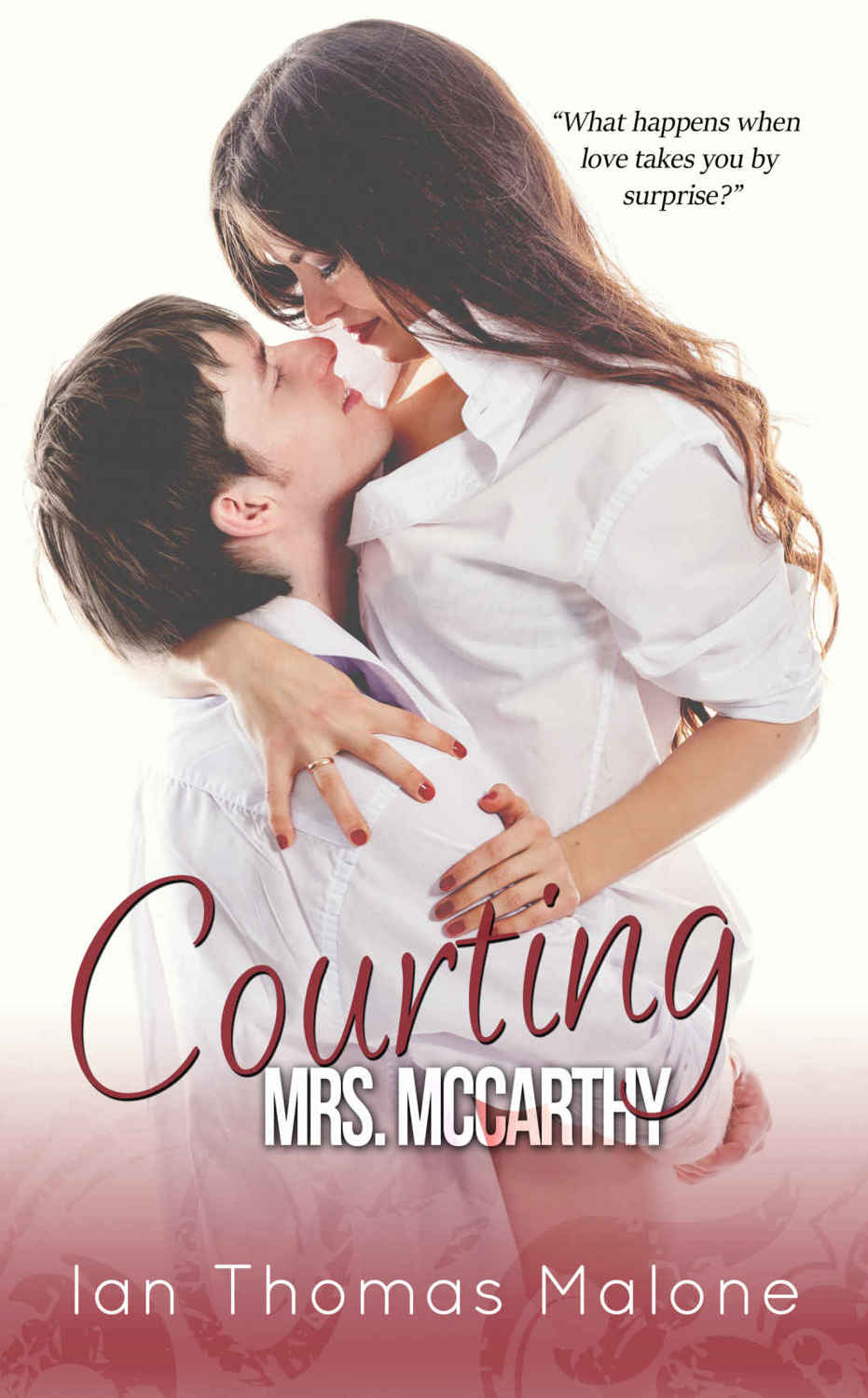 In loving memory of William Brown.

Though his girlfriend’s party was lively that Friday night, and many of his friends were there, Nathan found himself constantly scrambling to prevent debauchery from turning into catastrophe. As the evening wound down, he was looking forward to some alone time with Sarah as he made his way into her bedroom. He was not expecting her apparent disappointment.

“You didn’t pay any attention to me tonight,” she complained, from the supposed comfort of her king sized bed. There was sincerity in her tone despite the potent smell of vodka on her breath. The faux socialite could not hold her alcohol. She looked at Nathan as if she expected him to end her emotional pain.

“I was keeping the place under control, Sarah,” he replied. He had tried his best to remain relatively coherent in an effort to be the responsible one at his girlfriend’s house party. “When are we supposed to clean up tomorrow? Your parents will be coming home. Besides, you told me to make sure people were having a good time,” he added, while struggling to deal with her peculiar behavior.

“That didn’t mean I wanted you to spend all night smoking pot on the back porch with your friends while everyone looked at me like I was some helpless idiot for wondering where you were.” Sarah’s eyes were watery, but there were no tears. Not yet at least.

Maybe the tears would have helped. It might have caused him to take her more seriously when she asked, “Do you even care about us anymore?”

The word
love
was thrown around so much in high school that it sometimes became empty of all meaning. He’d only been dating her for three months, but they had been hooking up since early December, after Nathan had been on a record-breaking relay for his school’s swim team.

Despite the short amount of time they’d known each other, they were already making arrangements for the summer that they would spend on opposite sides of the Atlantic Ocean. Sarah would be interning at a law firm in Prague, which was owned by a friend of her father’s. Sarah knew nothing about Czech law, but the prospect of spending a summer in Prague was all she needed to hear. Nathan had decided to do the same thing he’d done last summer. He would relax at Seers Point, the yacht club his father belonged to, with his buddies.

He lived in Roxburgh, New York, with his Aunt Cassidy and Uncle Martin. Cassidy was his father’s sister. His father, Jerome, had taken a VP position for his company in London, but Nathan remained behind to finish out his last two years of high school. He had no desire to travel with his father, or uproot with so little of his pre-college youth left to live, even though he relished adventure.

This wasn’t the first time Nathan had found himself in a state of abandonment, though it wasn’t something he often considered consciously. His mother, Hilary, had taken off with the bassist of a rock band when he was four. She died when he was six. He didn’t like to think about that. Instead, he thought about his girlfriend.

Sarah went to a different school than Nathan. She had already taken her finals in preparation for her travels, which began the following morning. Beyond the excitement of a European internship, she liked that her father had stiff-armed her school into letting her take finals early. It made her feel important even though it was not her own doing. Private schools generally caved to whatever the big donors wanted.

Nathan had thought about visiting Sarah in Prague, though the idea was quite daunting for him. His father would have been glad to finance the trip on the condition that he visit him in London as well. This would have been no burden to Nathan, who would have loved the opportunity to attend a play or musical in West End.

Despite how often he thought of Sarah, and how much he cared for her, he wasn’t going to say he loved her when he didn’t—even if it saved their relationship. Nathan wasn’t about to lie just to save his high school romance.

“Well?” she pressed, as he remained silent. “Where is our relationship going?”

“Sarah, you know how much you mean to me,” he hazarded. “You…you’re an important part of my life.” Something inside him was motioning for him for an airing of grievances he’d had with his girlfriend over their time together, but he wasn’t sure how to express himself in a way that didn’t exacerbate Sarah’s already overemotional state.

The truth was, Sarah hadn’t been a great girlfriend. She frequently berated him for failing to text her back promptly, even if he had a good reason not to. Then she’d complained when he had to babysit his cousins instead of going with her to shop. Sarah’s parents hadn’t taught her the word
no
and she didn’t like that she couldn’t always get her way with him. Nathan’s similar financial comforts made him immune to the allure of power that Sarah depended on for leverage in disagreements.

An even bigger problem had loomed over his head ever since their two month anniversary dinner at a fancy, overpriced New York restaurant, an extravagance paid for by Sarah’s father, who was either unaware or just plain oblivious to the fact that most kids their age did not have the palettes for fine dining.

Sarah was nervous because they hadn’t had sex yet, and she was apprehensive about their first time together. What bothered Nathan was that she rambled about this for weeks, and he wasn’t as emotionally torn up about planning every detail as she was. She wanted their first time to be perfect. He learned it was probably best not to interfere with Sarah’s grandiose plans.

Nathan spent many nights lying in bed wondering why a seventeen-year-old girl needed to concern herself with sex as much as Sarah did. He didn’t even know any girls who would admit to having sex just yet. It wasn’t the act that bothered him, but rather it was Sarah’s insistence upon talking about it for hours on end without any potential solutions offered. Nathan had never put any pressure on her and quite frankly just wanted to get it over with.

Especially lately, text messages, dinner visits, even Skype dates were dragged on and on by Sarah’s need to plan every minute detail of their first sexual encounter, though she seemed unconcerned with planning anything else they might do together. Nathan couldn’t understand it, but he knew better than to attempt explaining to Sarah that she was overreacting.

As Nathan planned his every word with intense scrutiny, he wondered if Sarah was putting in even half the amount of effort into this conversation that he was.

“Why can’t you tell me you love me?” she asked, her eyes bloodshot from the puke and rally session she’d engaged in an hour prior.

“I don’t know what that word means to us yet,” he admitted. “You know these things don’t come easy for me. I can spend hours thinking about how to please you, and then the slightest mistake has you slamming the door right on my face.”

Nathan didn’t mean to get nasty, but the reaction was natural. He’d heard his father engage in countless phone calls where he raised his voice to make his point. Sometimes brutal honesty was exactly what a person needed to hear.

It wasn’t what Sarah needed to hear, though.

“Nathan,” she said brokenly, “you know what saddens me more than anything else you’ve done this year?”

“No,” he said, while trying to act as sympathetic as possible. He wasn’t sure he wanted to hear what would come next. With Sarah as drunk as she was, and known for exaggerating, Nathan couldn’t accurately gauge the severity of the situation. Perhaps because he didn’t particularly care much about the outcome. He was starting to lose patience.

“You never asked me to stay this summer,” she said. “I told you I was leaving to go to Europe for three months and you didn’t even blink an eye. You didn’t care.”

The smell of vodka and orange juice was almost as obvious as the melodrama filling Sarah’s every word. Nathan’s mind wandered to thoughts of the nice collection of
House Hunter
episodes that would be waiting for him on his TiVo when he arrived home the next morning. He liked his television viewing to be uninterrupted and uncorrupted by commercials.

As he thought about this, his mind wandering, he remained calm, collected, and distant. His presentation in conflict was perhaps the greatest attribute he’d picked up from his father.

“I do care,” he said somewhat absently. “I just want what’s best for you.”

“Do you think
we’re
what’s best for me then?” This was presented as more of an accusation than a question.

Nathan stared at the mess that was his girlfriend. Filled with a disdain for her current behavior, he started to relish the potential opportunity for an easy way out of this predicament. He thought about saying no. He hadn’t quite reached that conclusion, but his hesitation was too much for his intoxicated girlfriend.

“I didn’t think so,” she said, voicing what he was thinking. Sarah rolled over to face the other direction in her bed.

“I’m sorry,” Nathan muttered. It was all he could think to say. He wanted to get out of there, and find the joint his friend Griffin had undoubtedly prepared for their return trip home the following morning.

Griffin was presumably asleep somewhere in the large house. He often had a tendency to show up at the right time, whenever Nathan seemed to need him. Nathan hoped he’d come bursting into the bedroom to end the awkwardness.

As he headed for the door, she stopped him. “Wait, will you sleep here tonight?” she asked. “I don’t want anyone to know we broke up before I leave tomorrow.” She seemed to be making some sense for the first time. Selective cognizance did achieve its desired effect. Nathan decided to stay.

Sarah pushed her duvet cover open, beckoning for her recent ex-boyfriend to join her for one last snuggle. He didn’t think she’d be beckoning him to join her for anything else considering what had transpired. Nathan, being a man of some principle, went to the closet to find a spare blanket and pillow.

“I’ll sleep on the floor” he said.

Gulag Voices by Anne Applebaum
Dames Don’t Care by Peter Cheyney
Face Time by S. J. Pajonas
To Love a Man by Karen Robards
Third Base (The Boys of Summer Book 1) by Heidi McLaughlin
The Quest by Olivia Gracey
Abiogenesis by Kaitlyn O'Connor
The Shattering: Prelude to Cataclysm by Christie Golden
Icebreaker by Deirdre Martin
Death of a Christmas Caterer by Lee Hollis
Our partner