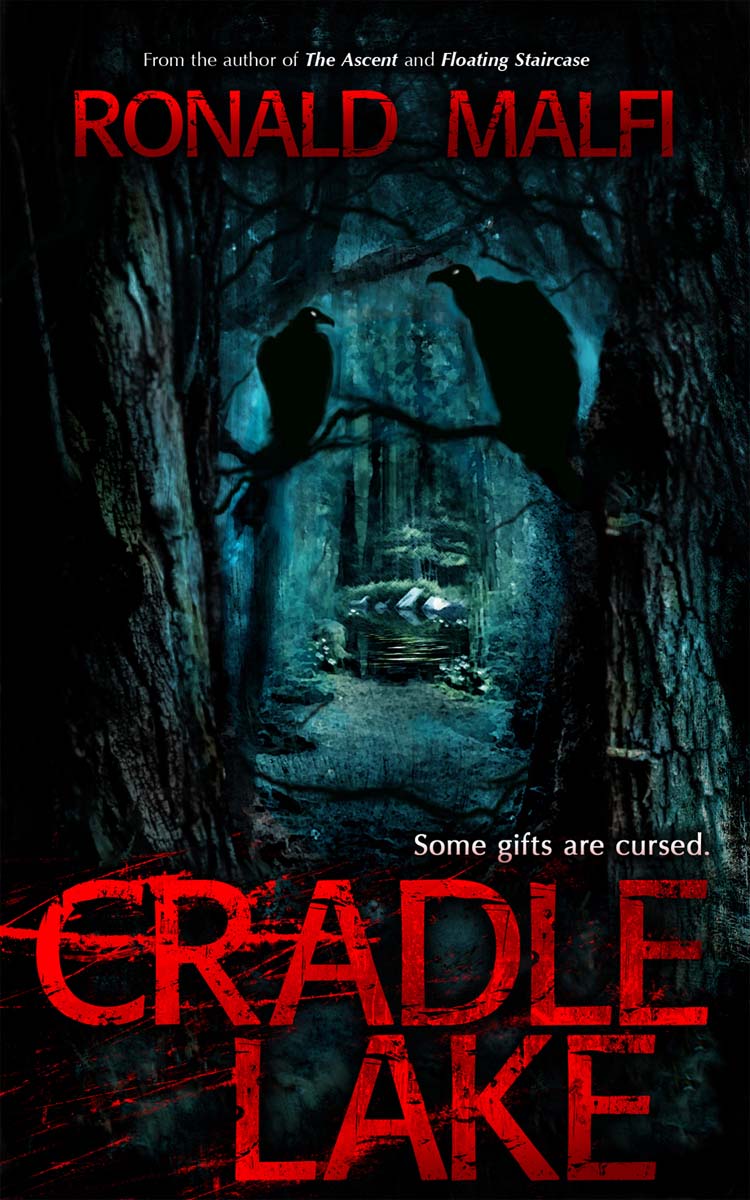 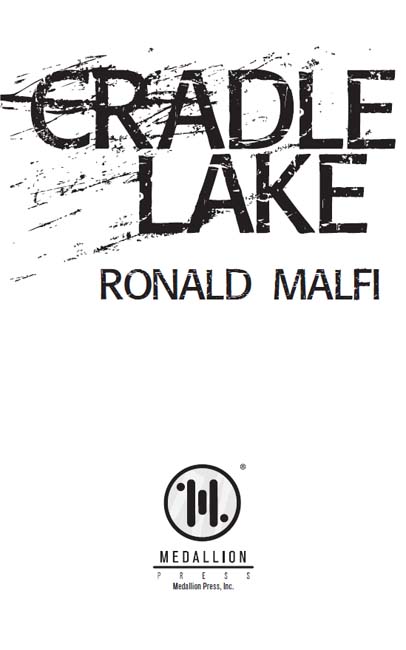 For the Mermaid and the Sailor Swim, kids.

Names, characters, places, and incidents are the products of the author's imagination or are used fictionally. Any resemblance to actual events, locales, or persons, living or dead, is entirely coincidental.

Special thanks to Charles J. Sailey, MD, MS, for his assistance in answering this author's questions regarding all things medical; if there are any inaccuracies concerning these issues throughout this book, those mistakes are mine alone. Thank you, Chuck.

Further thanks to my wonderful editor, Lorie Jones, whose expertise continues to be my fail-safe; this is the third novel we have worked on together, yet she still manages to open my eyes. Thanks, Lorie.

Lastly, thanks to my wife, Deb, and my daughter, Madisonâtwo gals who have taught me that being an author is the second-best thing a man can be. I love you guys.

Book One- The Path

Book Three- The Great Spirit of the Earth

BOOK ONE
THE PATH
CHAPTER ONE

He had been to the house once before, in his youth, for some ancient relative's wake or maybe an Easter dinner. Who could remember? Those memories were mostly lost on him now, faded like the faces of those long forgotten relatives he had seen so infrequently throughout his childhood.

At that time, the house itself was unimportant to him; he recalled the vastness of the property and the surrounding woods with more relish than the run-down, butter-colored ranch with the wraparound porch and the roof that sloughed shingles like reptilian scales. It had been his uncle's place. Like all his other relatives who never saw fit to leave the security of their birthplacesâin this instance, the embrace of the Great Smoky Mountains in rural North Carolinaâhe had met his father's brother on very few occasions. Uncle Phillip. He could not even summon a face.

Nearly two decades since that first visit, Alan Hammerstun returned. He crept down from New York City where
he'd spent his entire life, the rattling Toyota Celica packed to the gills, his wife, Heather, in the passenger seat and Jerry Lee in the back, perpetrating the occasional dog fart. For much of the ride there had been no talking. The times when he stopped for gas gave him some relief, and he found himself gibbering at the cashier like a fool, hungry for human interaction. He watched through one of the gas station windows as Heather took Jerry Lee to the edge of the parking lot where the old dog urinated in the sunburned weeds. Heather wavered beside the dog like a ghost, and when the sun hit her a certain way, for a moment Alan thought he could see right through her.

If I stare at her long enough, she'll blink out of existence. I know it. I can feel it.

As they drew closer to his uncle's house, he told Heather about the place and the immense forest that climbed from the rear of the property out to the early ridges of the great mountain chain. He surprised himself with the clarity of some of these memories that had been lost to him just moments ago, as well as with the emotional impact they had on him. Alan's father, Bill Hammerstun, had been the family pariah. He'd skipped out of North Carolina when he was young and against all odds carved a niche for himself in Manhattan as the owner of a small but popular nightclub in the Financial District that catered to Wall Street cokeheads and organized crime. It had been the latter who had eventually punched Bill Hammerstun's card with a gunshot to the temple. Alan had been just a teenager.

“I don't remember much about the house,” Alan said, “but I remember being impressed with the property. I'm
sure it isn't as big as it is in my head, but I was a kid from the city, and I couldn't comprehend how someone could actually
own
acres of grass.”

“What killed him?” Heather said. She did not look at him; she hadn't turned away from the passenger window for about an hour.

The first thing she's said all afternoon and it has to do with death,
he thought, feeling a cold sickness climbing around in his stomach.

“Time, I suppose,” he said eventually. “Age. More specifically, a stroke, I think. That's what the lawyer said, anyway. I never saw any cause of death paperwork or anything like that. Phillip's kids must know all the details.”

He waited for his wife to pick up the reins and add something to the conversation, to perhaps ask why Phillip had left the house to Alan instead of his two grown children. When she didn't speak, he said, “I only met Uncle Phillip a couple of times when I was a kid. He and my dad weren't very close, not that my dad was close with anyone. There was almost a twenty-year difference in their ages. To be honest, I'm surprised old Uncle Phillip even remembered me after all these years.”

Again, he waited for a response. But Heather was done talking.
Ghost,
he thought. Alan stole a glance at her profile, the contours of her delicate face. She looked startlingly young sitting there, even though she was three years older than him at thirty-five. His gaze slipped down to her hands, which she had buried in her lap. Silver rings with colored stones on her fingers. She wore a long-sleeved cardigan, but he could still see the bandages on her wrist â¦

Alan jerked his head forward. Something darted out in front of the car. He slammed on the brake. The car shuddered to a stop, the mounds of boxes crashing into one another in the backseat. Jerry Lee howled in anguish.

A young boy in a red baseball cap and striped polo shirt stood directly in front of the car. Large brown eyes, tawny hair in need of trimming, deer-in-the-headlights look on his face â¦ the kid had come out of nowhere. Only the mere whim of fateâand Heather's shoutâhad saved him from sudden death. The boy's eyes, more surprised than frightened, locked onto Alan's through the windshield. Alan could taste his heart in his throat. Clenching the steering wheel in a death grip, the palms of his hands were suddenly bleeding sweat.

A second later, something flew out of the sky. Its arrival practically underscored by a comic whistling sound, the object struck the hood of the Toyota with a hollow
gong
before leaping back up into the air and completing its arc to the pavement. It was a baseball.

“Oh, Jesus,” Alan uttered, his heart hammering away like some piece of industrial machinery. He glanced at Heather. Her eyes were wide and trained on the little boy, who couldn't have been more than ten years old. There was a slight quiver to her lower lip. “You okay?” he asked her.

“That boy.” Her voice came out in a strangled gasp. “You almost hit that boy.”

As if cued by this statement, the boy scooped up the baseball off the ground and darted across the street. He rejoined a group of kids playing baseball on a nearby lawn. Not once did he look over his shoulder to acknowledge how
close to death he'd come.

“Stupid kid,” Alan said. “He came out of nowhere.”

“Are you all right?” he asked again. He reached out for one of her hands but accidentally ran his fingers along the gauze bandage on her left wrist. As if zapped by a current of electricity, he jerked his hand away.

“I'm fine,” she said after a moment. Catching her breath, she looped a loose strand of black hair behind one ear.

Alan turned and faced the backseat. He scratched the golden retriever under his grayish-white muzzle. “You okay, boy?”

When Alan turned back around, he realized he was looking at his uncle's house just ahead of them and off to the left. At first he hadn't realized it was the same place because it had gone to pot. In fact, the whole structure looked like a giant frown sinking into the ground. Perhaps in his old age, his uncle had given up trying to maintain it.

“That's it,” he said, easing the car down the road. Out of the periphery of one eye he watched with caution the kids playing baseball on the other side of the street. “My uncle's place.”

“It's ours now.” Heather said this with such eerie prophetic detachment that it caused a shiver to race down Alan's spine.

He pulled into the driveway and shut the car down. Jerry Lee perked up, panting heavily. Alan knew the poor beast was probably busting a kidney, ready to water some lawn. Alan climbed out of the car and let the dog out of the backseat. Sure enough, Jerry Lee trotted to the nearest bush and relieved himself. There was almost a comical and somewhat human look of satisfaction on the dog's face.

Heather still sat in the car. Alan poked his head in. “You gonna get out, or should I just drive us into the living room?”

His attempt at levity went right through her. Emotion-lessly, she opened the passenger door and stepped out onto the driveway.

Gone was the butter-colored gingerbread ranch from Alan's memory. It was now a dirt-colored shoe box with a sagging roof and a frowning wraparound porch. The front windows looked blind with cataracts, and the yard was horribly overgrown. Most disturbing was the network of sturdy vines that climbed all over the exterior of the house, as if in an embrace. Alan went to one of the stalks of vines, this one as thick as two fingers, and tugged on it. It held securely to the side of the house by small thorns. Alan followed the vine down with his eyes where he could see it sprouting from a bundle of wormlike roots in the ground. He thought of corpses reaching up out of the earth from their graves.

Jerry Lee padded over to Heather and sat down at her feet. She stared at the house with a look of utter detachment.

She's lost more weight, too,
Alan thought.
I have to make sure she's eating.

“So?” he said. He was wearing one hell of a mask now, trying desperately to pretend all was fine between them.
Dance, boy, dance!
“What do you think?”

Without emotion, Heather rolled her shoulders and said, “It's a house.”

Alan dug around in his pocket for the key. When he mounted the front porch, he thought the floorboards would play the traitor, opening up and swallowing him whole. But they held.

He unlocked the door and pushed it open on squealing
hinges. Glancing over his shoulder, he tried to force a smile for Heather's benefit but found his reserve temporarily empty. In that moment, he couldn't even look at her. Instead, he said, “Come on, boy,” and patted his thigh.

Hijos del clan rojo by Elia Barceló
Pie Town by Lynne Hinton
Tree House Mystery by Gertrude Warner
Seduced In College (Campus Dorm Room School student One Night Stand Erotica Girl Romance Sex Stories series) by Perry, Mia
A Weekend Temptation by Caley, Krista
Ella: an Everland Ever After Tale by Caroline Lee
The Bow by Bill Sharrock
Murder in a Basket (An India Hayes Mystery) by Flower, Amanda
Songs of the Dead by Derrick Jensen
A Shade of Vampire 24: A Bridge of Stars by Bella Forrest
Our partner