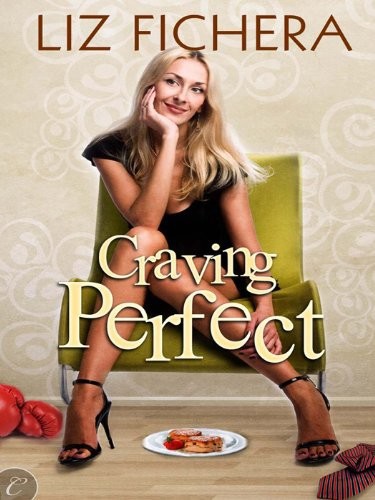 Grace Mills craves being perfect almost as much as she craves raspberry scones. In fact, her life would be perfect if only she could lose ten more pounds, if only the pastry café she co-owns with her sister would turn a profit, if only the hottest guy at the gym would look her way…

And then “if only” comes true. Grace is suddenly straddling two lives: an alternate reality where she’s a size two, weathergirl celebrity and being chased by the hot guy. Only Mr. Gorgeous isn’t very nice, and she doesn’t get to eat…anything, much less bake!

In her other life, she’s starting to realize her sister is less than happy running the family café, and hunky Carlos, the gym’s janitor, seems to have a secret crush on her. Maybe there’s more to him than meets the eye…

Grace is living two lives and it’s beginning to cost her. Is there a way to pick one…that’s perfect?

I feel as though it was just last week I was attending 2010 conferences and telling authors and readers who were wondering what was next for Carina Press, “we’ve only been publishing books for four months, give us time” and now, here it is, a year later. Carina Press has been bringing you quality romance, mystery, science fiction, fantasy and more for over twelve months. This just boggles my mind.

But though we’re celebrating our one-year anniversary (with champagne and chocolate, of course) we’re not slowing down. Every week brings something new for us, and we continue to look for ways to grow, expand and improve. This summer, we’ll continue to bring you new genres, new authors and new niches—and we plan to publish the unexpected for years to come.

So whether you’re reading this in the middle of a summer heat wave, looking to escape from the hot summer nights and sultry afternoons, or whether you’re reading this in the dead of winter, searching for a respite from the cold, months after I’ve written it, you can be assured that our promise to take you on new adventures, bring you great stories and discover new talent remains the same.

We love to hear from readers, and you can email us your thoughts, comments and questions to [email protected] You can also interact with Carina Press staff and authors on our blog, Twitter stream and Facebook fan page.

For my mother, who always loved my stories, even the truly bad ones.

I’d like to thank the hard-working, cool people at Carina Press for believing in me, especially Liz Bass, who helped my novels to shine and always got my jokes.

Between the wish and the thing, life is waiting.

From The Scones & Sopapillas Café Cookbook:

They say your life is supposed to flash before your eyes right before you die.

But what about when you’re spread-eagle at the bottom of a stair-climber at your local gym, wearing an oversized T-shirt and spandex shorts that were designed for women lucky enough to wear single-digit dress sizes? What then? What should flash before your eyes when you’re dying of embarrassment?

Four faces knelt over me.

Just my luck, only two of the faces showed genuine concern: Kathryn, my older sister, and Kathryn’s boyfriend, Eddie Cahill. Kathryn kept stroking my cheek and urging me to speak while Eddie adjusted a towel behind my sweaty head. The third face, the one that belonged to the bleach-blonde, overly Botoxed, ridiculously thin Alexandra Summers, was only concerned that my round torso blocked her ability to use the stair-climber. In Alexandra’s defense, there were only three of these sadistic contraptions in Goldie’s Gym, and they were popular at six o’clock in the morning.

But only the stunned expression on the fourth face mattered. It was my reason for living. It was the reason I dragged my tired body to the gym each morning before work, and the reason why I’d sworn off onion rings and lattes with whipped cream and starved myself to lose ten whole pounds.

His face melted me. Even the hint of his smile made my knees wobble.

Max was also the reason why I had tumbled off the damn machine.

I’d been fantasizing about him as I did every morning whenever I watched him bench-press 250 pounds. Each glorious purple vein and arm muscle bulged magnificently with every lift, and I wondered what it would be like to squeeze his biceps or brush my fingertips across his sculpted chest. His sleeveless, black T-shirts were always the perfect combination of too snug and dreamy. And don’t get me started on what I believed existed beneath his shorts. I drank him in each morning, top to glorious bottom. Max Kramer was the best-looking thirtysomething I’d ever seen. Unfortunately, I was a twentysomething with absolutely no nerve and another ten pounds to lose.

Well, better make that fifteen, to be safe.

I even adored Max’s faint Philadelphia accent, not that he’d used it much on me, although one morning he did say “excuse me” over my head when he accidentally elbowed my ear as we both reached for a clean towel at the front desk. That single moment lifted me for a whole week. I couldn’t stop thinking about it, analyzing it, replaying it in my mind and remembering how the sunlight from the front glass doors had spilled across his golden head like caramel sauce. For one, glorious moment, he’d been all mine. It didn’t matter that he’d snatched the last towel and I had to wait ten minutes at the front counter for the next clean batch.

I played this little game with myself each morning, a game I knew I’d win most of the time. If I spotted Max at the gym, I’d reward myself with one of the raspberry scones I made at the Desert Java, a small café in Tempe near the university I owned with Kathryn. And if Max didn’t show for his morning workout, I’d force myself to run an extra fifteen minutes on the treadmill. Truth be told, I would much rather enjoy Max and a raspberry scone, in that order.
Stat.

Now that I’d fallen off the stair-climber, Max looked at me like someone studying a beached whale. That was why I’d have given anything to curl up and die and pretend my fall didn’t just happen in front of his size twelve Nikes.

Unfortunately, you don’t always get what you want when you’re me.

“Gracie, are you okay?” Kathryn brushed a cool hand against my cheek. A whiff of lavender perfume lingered on her wrist. “Jeez, Grace. Say something!” She started to pat my hand like a nurse, even though she knew nothing about first aid. Kathryn could barely apply a Band-Aid, and if my head hadn’t throbbed as though it was inside a blender, I might have smiled. Kathryn could be such a drama queen.

“Should we call 9-1-1?” Eddie’s gaze darted between Kathryn and me.

“Do you think we could move her a little to the right?” Alexandra asked as she glanced at the black sports watch wrapped around her professionally tanned wrist. She tapped the watch with one of those perfect white-tipped fingernails that I always wanted but was too cheap to get. It didn’t make sense to get a manicure when your hands were rolling cookie dough every day. Alexandra’s voice whined, “I’ve got to be at work in an hour.”

If I were only a few inches to the right, Alexandra would probably have crawled over my stomach and cranked up the machine, undoubtedly to the fastest speed, given her long and lean legs.

I finally blinked and tried to raise my head.

A fifth face knelt over me, a face I vaguely recognized. His skin and hair were darker than the others, but his face was mostly a blur.

“Here, take this.” His voice was soothing, like melted chocolate. My head rested against something hard. His knee? He tipped a water bottle against the edge of my lower lip. A few drops dribbled out.

I blinked again and tried to focus on his face, but it didn’t help that the back of my head felt like it’d been filleted. “Thanks.” My voice was raspy, in an unintentionally sexy sort of way. A few more water drops found my lips, helping me focus. The second time I blinked, I was able to raise my head and then my shoulders. The numbness in my arms and legs began to fade.

I was alive, unfortunately. Today wasn’t my day to die. No dear departed relatives would welcome me into a white light.

It was just another day to be humiliated. Typical.

I nodded as Kathryn and Eddie each grabbed a sweaty arm and lifted me to my feet. As I stood, my knees wobbled. I almost fell backwards again, but a third pair of hands reached for my shoulders just in time. They felt cool and solid through my threadbare T-shirt and I wondered if—no, I
prayed
—the hands belonged to Max. This would make the whole embarrassing moment worthwhile. It might be the only time in my entire life that Max Kramer would intentionally touch me.

“I think I’ll be okay,” I whispered to Kathryn as I reached behind my head, wincing, and rubbed a bump the size of a hard-boiled egg. “I just want to go home.” I darted a sideways glance at Kathryn. My bottom lip quivered before I had a chance to bite it. I couldn’t let myself blubber at the gym, especially in front of Max. I absolutely would not cry like a child.

I had survived enough embarrassment for one morning, and Kathryn knew me better than anyone.

Kathryn tilted her head and sighed, a relieved smile lifting the corners of her rosebud-shaped mouth, revealing an adorable Shirley Temple dimple. Of the two of us, Kathryn had always been the prettier sister. She had the long legs, the thin graceful arms, the beautifully thick, blond hair, the outgoing personality, the adoring boyfriend. In short, she was the polar opposite of me. Bookends? Hardly. If she weren’t the best sister ever, I would have found a reason to hate her.

“You got it, Gracie.” Kathryn flashed a relieved smile. “Let’s go home.” In my periphery, she glanced across my shoulders at Eddie and nodded her head.

Together, they helped lead me to the door. Kathryn knew that if she asked me how I felt one more time, I’d burst into tears on the spot.

And she couldn’t let that happen. I’d kill her first.

That was because Kathryn knew all about Max.

The Black Sheep by Yvonne Collins, Sandy Rideout
A Skillful Warrior (SoulNecklace Stories Book 2) by R.L. Stedman
Angels in Disguise by Betty Sullivan La Pierre
The Phantom by Rob MacGregor
Nelson by John Sugden
Ransom For Hire - Appointment In Hell by Wells, Shawn J
One Step Ahead by Lee, B. N.
Winging It by Annie Dalton
Shadows of St. Louis by Leslie Dubois
The First Fifteen Lives of Harry August by Claire North
Our partner