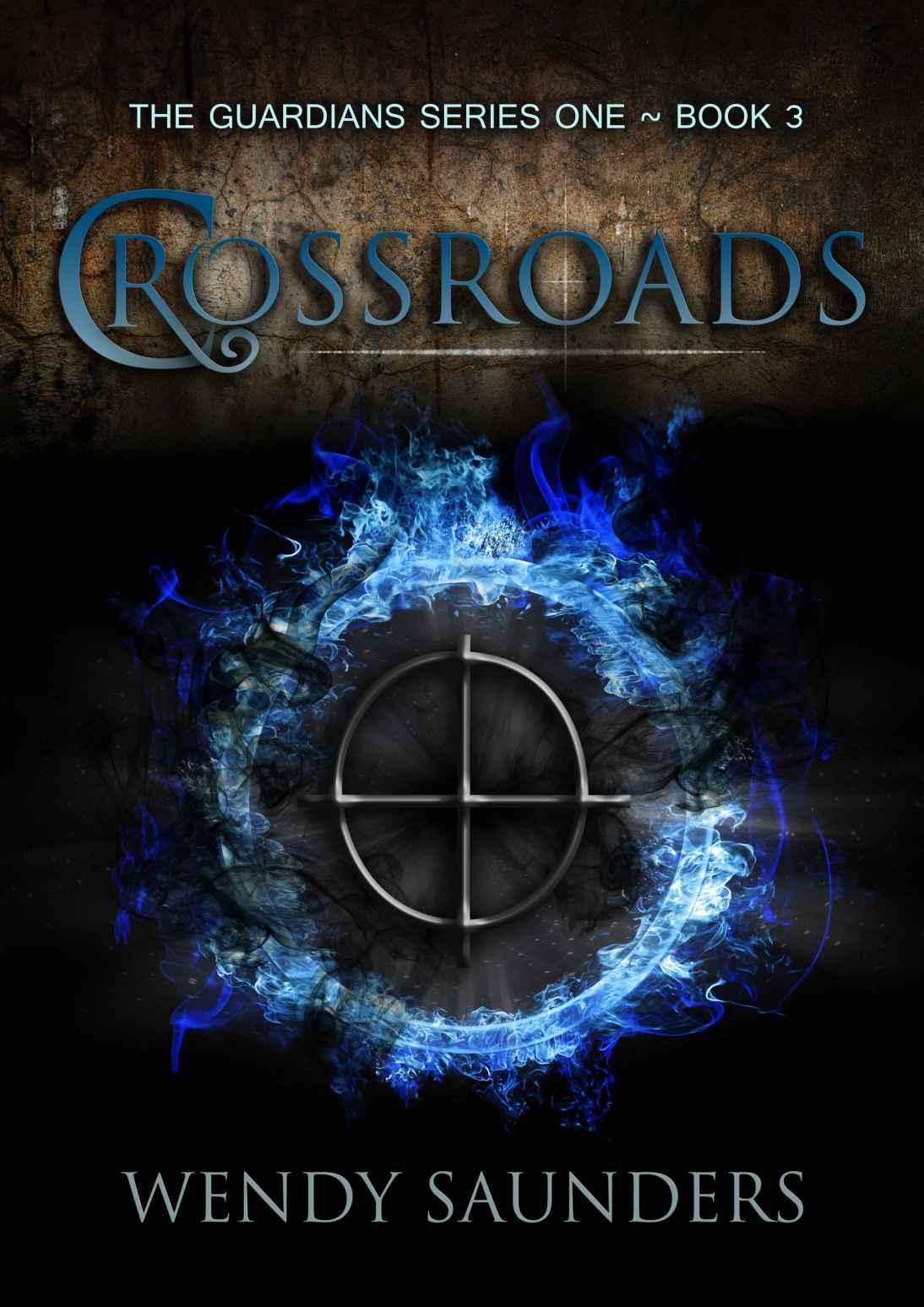 This book is the intellectual property of the author and as such cannot be reproduced in whole or in part in any medium without the express written permission of the author.

For my husband, Paul

Who has always been the light in my darkness, my rock, my soul mate in this lifetime and every other.

Louisa was bandaging three deep nasty claw marks in Tommy’s shoulder, but paused and looked up as Jake stalked back into the library in Olivia’s house.

Jake shook his head, looking over at Veronica who was holding an icepack to the bleeding lump at the back of Mac’s head. Beau jumped up at his legs and bending down absently he scooped the pup into his arms and stroked him soothingly. ‘Don’t worry buddy we’ll find them for you,’ he murmured to the dog who, seeming to understand the promise, leaned forward and licked Jake’s face.

‘Danae and Davis are still out looking and we haven’t accounted for Charles yet,’ Jake told them.

Louisa’s mouth settled into a thin line of worry as she turned back to her husband and taped up the end of the bandage before helping him back into his shirt.

‘I need a drink,’ Tommy headed for the kitchen, reappearing moments later with a bottle of Glenfidditch and a stack of plastic cups.

‘I certainly wouldn’t say no,’ Mac winced as Veronica pressed a little too hard.

‘Sorry Mac,’ she sighed and handed him the bag of ice. I don’t make a very good Florence Nightingale, do I?’

She looked up at him and laughed in amusement. ‘My parents would never believe you.’

‘I expect most people wouldn’t believe the half of what we saw last night,’ he replied seriously as Tommy handed him a full cup.

‘Ain’t that the truth,’ Tommy downed his own drink in one.

They all looked up hopefully as the front door slammed again, but a collective sigh of disappointment rippled around the room as Danae entered alone.

She shook her head frowning. ‘No, Davis is still looking. There’s no sign of Theo and Olivia and Charles is still MIA.’

Mac’s face darkened at the mention of Charles’ name.

‘He’d better be dead,’ he muttered, ‘or by the time I’m finished with him he’s going to wish he was.’

‘What did you say?’ Danae’s eyes narrowed.

‘You heard,’ he growled.

‘Look, I don’t know what happened between you two out there but I’m sure it was necessary.’

‘Necessary?’ Mac laughed mirthlessly. ‘I don’t consider someone sneaking up on me and cracking me across the skull a necessity.’

‘Charles must have had his reasons.’

‘Oh he had his reasons alright, it’s because he’s a selfish self-important, stubborn son of a bitch.’

‘How dare you,’ Danae hissed. ‘You know nothing about my brother.’

‘I know plenty and he should be thanking me for not hauling his ass back to Morley Ridge instead of trying to give me a brain haemorrhage.’

‘That’s enough you two,’ Veronica came abruptly to her feet, glaring at them sharply. ‘We’re all worried and this isn’t helping.’

She turned to the window and stared out into the cold pale morning light.

‘They’ll be okay,’ Jake put his hand on her shoulder reassuringly, forcing her to look up into his eyes.

‘But what I saw,’ she whispered as her eyes brimmed with tears.

‘You could’ve been wrong,’ he told her. ‘It was dark and we were both pumped full of adrenalin…they’ll be okay; I know they will.’

The front door slammed again and they all turned to the library doorway. Another disappointed sigh as Davis stormed through, looking frustrated.

‘Any luck?’ Danae asked although she knew the answer from the look on her twin’s face.

‘There’s no sign of Theo and Olivia anywhere. The truck is still parked at the foot of the private road leading up to The Boatman, the keys in the ignition. I couldn’t get up to the hotel to look around, the road is blocked and the ice on the lake has completely broken up now. Which means we’ll need a boat to get to the private beach at the foot of the cliff but even then I don’t know if there’s a way to reach it. I hiked through the woods the way they would’ve gone, but when I reached the edge of the lake I could see that part of the cliff face had sheared away. It’s crushed the Jetty and taken out part of the steps leading up.’

‘I could scale the cliff face but I don’t have any climbing gear,’ Davis frowned.

‘How long would it take to get some?’ Jake asked.

‘I could probably have some here by mid-afternoon.’ He pulled his phone from his pocket and began to scroll through his list of contacts.

‘Could you make that two sets of ropes and harnesses?’ Jake asked.

Jake nodded. ‘It’s been a while but I know what I’m doing.’

‘Alright then,’ Davis agreed but before he could make the call the front door slammed again.

This time they were not disappointed. As they turned to look Charles limped through the doorway, his clothes torn and dirty. One side of his face was heavily bruised and scratched and from the angle at which he was cradling his arm, it was fair to assume it was broken.

But Charles ignored them, scanning the faces in the room, disregarding the angry glare Mac was throwing in his direction.

‘Mr Connell,’ Louisa interrupted, glancing at the state of his various injuries. ‘Maybe you should come and take a seat and let me have a look at you.’

‘We haven’t been able to find them yet Charles,’ Davis told him quietly, ‘both Olivia and Theo are missing.’

‘Charles, we’re going to find them,’ Danae told him. ‘Why don’t you sit and let Louisa have a look at you and tell us what happened. We’ve been looking for you for hours. You were supposed to be with Mac, what the hell were you thinking?’

‘It wasn’t about revenge,’ Charles glared back at him, ‘it was about protecting my daughter.’

‘You can pretty it up all you like Charles but going up to the hotel last night wasn’t about protecting Olivia, it was about getting to Isabel.’

‘Am I?’ he replied, ‘then why stop me from going with you? It’s because you knew I would have arrested her,’ he continued mercilessly, ‘and the simple fact is you want her dead…you want her dead for betraying you.’

‘NO!’ Charles shouted furiously, ‘I want her dead because it’s the only way to make sure she can’t harm Olivia. You think a prison can hold Isabel? It couldn’t hold me; I could have walked out at any time but I didn’t because it didn’t suit my purpose. Isabel feels no such restraint and as long as she’s loose she is a threat to my daughter. So yes, you’re damn right I want that bitch dead, it’s the only way to make sure Olivia is safe.’

‘All right calm down,’ Jake stepped in between them. ‘We’re all on the same side here and we all want to make sure Theo and Olivia are okay, so why don’t you tell us what happened as you seem to be the last person to see them both.’

Charles sighed and shook his head, clearing his thoughts.

‘When I got to the hotel Olivia and Theo had Charon. Nathaniel and Isabel were also there. Olivia shot Isabel with the tranq darts and I was holding back Nathaniel to give them time to escape. I told them to get him to the lake. I don’t know what happened after that, a few moments after they were gone the whole cliff shook.’

‘Part of the face sheered away,’ Davis explained.

‘Anyway the force of it brought down part of the ceiling in the ballroom, which is where I was. I was knocked unconscious and by the time I came round Nathaniel and Isabel were gone. I managed to free myself from under the debris but when I got outside I saw that the lake was still and quiet. I headed for the stairs but part of them are gone and there was no way down. I had no choice but to try and climb through the fallen trees and branches blocking the road. It took me the rest of the night and part of this morning but I made a path through. It’s narrow but there is a way through. I headed back here expecting them to have been back by now. Has no one seen them?’

They all shook their heads, except for Veronica.

‘Veronica?’ Charles asked quietly, ‘what is it?’

‘I saw,’ she shook her head, ‘I mean I thought I saw, it was dark and everything happened so fast I can’t be sure.’

‘Why don’t you just tell me what it is you think you saw.’

‘They were heading into the center of the lake, at least I think it was them. I was quite far away…but.’

‘They were still in the middle of the lake when the ice started to break up, there’s no way they could have made it back to shore, not with the temperature of the water.’

‘You think they went in?’ Charles let out his breath slowly, closing his eyes in pain.

‘I think I saw one of them go in, I couldn’t tell which,’ she replied miserably as her eyes filled with tears.

‘No’ Charles whispered, shaking his head.

‘They’re not dead you know,’ a new calm voice spoke from the doorway.

They all turned to look in confusion.

‘Mayor Burnett?’ Jake frowned, ‘what are you doing here?’

‘I came to put your minds at rest,’ she replied softly. ‘Theo was pulled through the gateway to the Otherworld and Olivia went in after him. They’re stranded in the Otherworld but they are alive.’