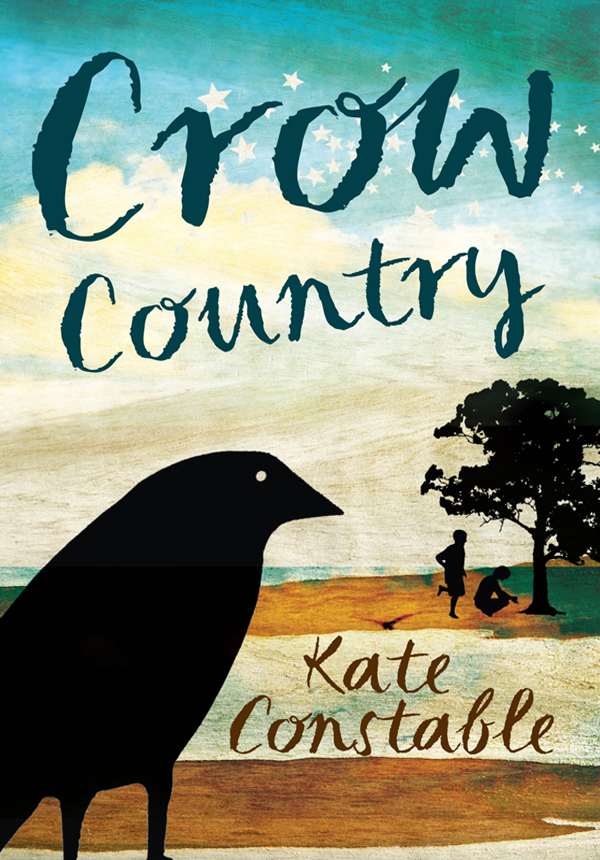 The Chanters of Tremaris series

The Singer of All Songs

The Taste of Lightning 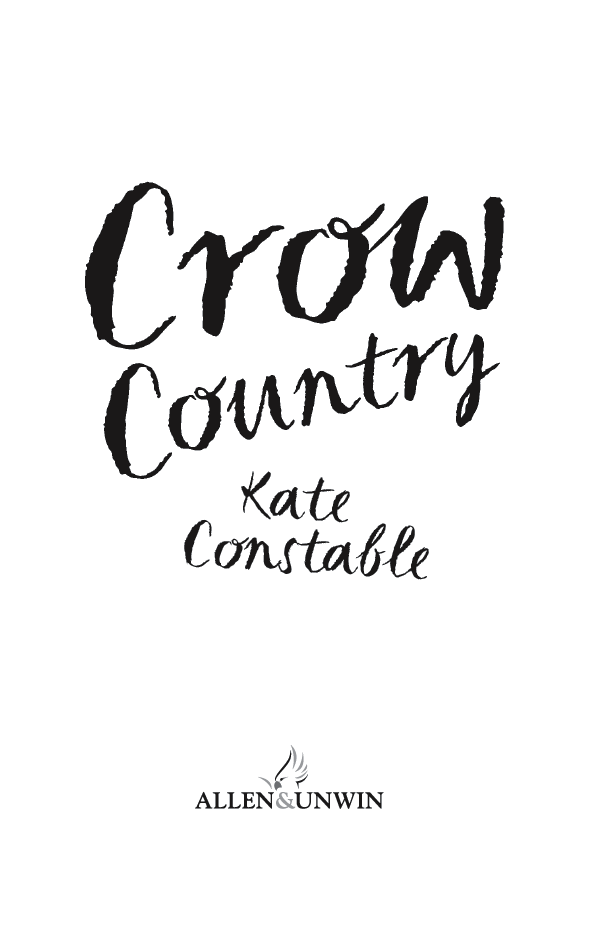 Cover and text design by Design by Committee

A Crow's breath, a story and a girl's dream

The town called Boort is a crow's breath north-west of Bendigo, three hours from the big smoke of Melbourne, two lakes, a creek and a hill.

Boort is Dja Dja Wurrung for âsmoke on the hill', messenger Country, Dja Dja Wurrung Country where Headmen sent intricate smoke signals to their Kulin neighbors as far away as Terrick Terrick and the Murray River. The past home of Girribong, Lerimburneen and Walpanumin, the headmen of the local Yung Bulag clan, Boort is now a typical Victorian country town overcoming their collective struggles to educate, feed and house their families.

We see the Headman's messages in the many hundreds of scarred trees, in the burial grounds, middens and mounds. We see the messages in Waa's mystical plaintive calls through the red gums and waterways, sending the messages of stories long past and into the journey of life. As the shiny feathered One says:

âThis is a secret place, a story place.' The crow tilted its head, eyes black as jet beads. âCrow's people came to this place. Now they are gone. The stories are always. Who tells Crow's stories now? Where are the dreams, when the dreamers are gone? Where are the stories, when no one remembers?'

Every town and city has its dreamers and crow story, if only we all looked and understood the words of Waa.

Kate Constable has written a lively and highly commendable story, and most certainly the Yung Bulag Clans commend a good Australian story about Waa and Bunjil exploring, probing and informing our shared history and culture.

Waa and Sadie's story is about the justice of friendship, respect, reconciliation and recognition of People, land and culture.
Crow Country
is a spiritual cultural collaboration for all who love a good story.

T
he crow wheeled high in the clear winter sky.

The land was spread beneath, laid out like a map, like an open book. The lines of the creeks, and the bumps and sags of the hills and swamps held the stories of the country's ancient history, the marks of its creation.

Far below, the crow saw a tiny speck move along a muddy track. It was a human girl-child. She tramped along, her head down, ignoring the country around her and the small town at her back. The girl did not see the paddocks, the railway line, the trees, the birds, the clouds. Her eyes were fixed on her own muddy shoes and the boggy road she stalked along.

The crow swooped lower. It laughed its mocking laugh:
waa-waa-waah!
and the girl looked up sharply, scanning the sky with her fists on her hips, as if she dared the bird to jeer again. But then her head dropped.

âStupid bird,' Sadie muttered to herself. She aimed a pebble at a battered rusting sign beside the narrow track, and then she noticed what it said.
Lake Invergarry.

Despite herself, her heart lifted. The little town of Boort, where she and her mother had just moved, was built on the shores of Little Lake Boort. That lake was public; it belonged to everybody. People walked their dogs around the circuit track, and Ellie, her mum, jogged around it every morning. In summer, the water teemed with boats and water-skiers, and the caravan park hummed with people, thick as flies, or so Ellie said.

But now Sadie remembered her mum talking about another, private lake, where she and her cousins had gone yabbying every summer. A tucked-away lake, their own secret place. Mum and her cousins had come to Boort every holiday to stay with their grandmother when they were kids, a million years ago. Ellie had loved it; that was why she'd dragged Sadie out of school in the middle of the year to come and live here. She'd just assumed that Sadie would love it too. She'd never even bothered to ask how Sadie felt about it.

Sadie hurled another pebble. It pinged off the signpost to Lake Invergarry, and a little voice whispered in Sadie's head:
you know, it would be pretty cool to have a private lake . . .

âAll
right
!' said Sadie crossly, and turned down the side track. In the distance she heard the crow again â
wa-aah
, the call drawn out like a sing-song jeer. Crows seemed to be everywhere around here: pecking at road kill, flapping round the lake edge, staring at Sadie with their flat, bright eyes. They gave her the creeps.

She walked doggedly on. She wanted to see the secret lake spread out beneath the cool blue sky, almost like the sea she missed so much. The track rose uphill. Clumps of mud clung to her runners and she began to sweat. At last she reached the low crest of the hill, and gazed down into the shallow valley below.

There was no lake.

The valley was lined with a scum of yellowish mud. The water was gone. It must have vanished years before.

Sadie scuffed along the track until it disappeared. The lake bed had cracked apart into a crust of thick silt the colour of parchment. Sadie poked a cake of yellow mud with her toe and it crumbled into dust. Tussocks of some low clumpy plant with a soft purple feather of a flower had spread across the ground; Sadie had never seen it before.

She wrapped her arms around herself. The only sound was the wind crying in the low trees. She might have been the only person in the world.

At first glance the lake bed had seemed wide and flat and featureless, but now Sadie saw objects thrusting up through the mud: the blackened bones of dead trees and tumbled piles of bricks. There had been buildings there, and bush, before the valley was flooded and everything was drowned. But now the waters had retreated, to reveal what they'd destroyed â a broken-down wall, rotted stumps furred with yellow mud.

A couple of hundred metres from the ruins, Sadie found a cluster of skeletal tree trunks with what looked like crooked sticks scattered beneath them, some upright in the ground as if planted there in echo of the dead trees. As she came closer, she realised they were â or had been â little white crosses.

It was a tiny graveyard. Once a grove of trees would have screened it from view of the buildings, but now the trees were as dead and dry as the bodies buried there, and only a few specks of paint remained on the wooden crosses.

Sadie hastily retreated. How could she have thought that the lake bed was flat and featureless? It undulated, dipped and rose, like the back of an enormous scaly beast, with immense muscles rippling beneath its damp, cracked skin. Lumpy warts of boulders marked the surface.

Sadie threaded her way through a knot of blackened tree-skeletons, and found herself in a deeper, hidden hollow. A group of tall stones, a metre or so high, stood in a crooked ring about five metres across.

Her heart was pounding.

The crow called, suddenly almost over her shoulder.
Waaaah . . .
It was like a command.

Slowly, almost unwillingly, Sadie reached out to touch the nearest of the tall rocks. Her fingertips brushed its rough, crusted surface. The dried mud flaked and crumbled. Sadie rubbed harder with the heel of her hand, and the crust of silt disintegrated and fell away like a scab, exposing smooth, red stone.

Sadie's heart thumped harder. She dug her fingernails under the silt, and, flake by flake, the skin of mud peeled away. She scraped and prised and scratched until the whole tall boulder stood glowing in the cold, clear sunlight. Sadie laid her hand on the rock. It was as warm as a living creature; she could almost feel it breathe.

There were nine boulders in the haphazard circle. Now she'd helped one stone, she had to free the others too. She scraped and scratched and brushed away the dirt until her hands were raw, and sweat poured down her face. She had to clear those silent stones to the air and the sunlight, to let them breathe.

It wasn't until the last rock was clean and Sadie stood back to survey her work, that she noticed the carvings. The marks were almost blurred into the stone: indistinct, powerful, immeasurably ancient. A chill travelled up Sadie's spine like an icy hand, and every hair on her neck stood up.

A crow was there.

It looked like an ordinary bird â black-feathered and with eyes like discs of black glass. It stood on the yellow mud not far from Sadie, its head cocked to the side. It seemed real enough, made of meat and feathers; its feet gripped the mud; its shadow was crisp on the crazed surface of the lake bed. But then it spoke.

It spoke in the guttural
waah wa-ah
of a crow, but Sadie could understand it.

Its voice was not angry, but it was stern, and Sadie understood that she must move out of the stone circle. She ducked her head and slipped out between two of the boulders, to stand blinking on the lake bed. She didn't see the crow move, but there it was, in front of her again.

âCrow is awake,' it said. It tilted its head and stared at her with one glittering eye. âNow it begins.'

âWho are you?' said Sadie. âWhere did you come from?'

The crow opened its beak in a silent laugh, then croaked, â
Waa-waah!
Crow comes from this place; this place comes from Crow. Crow's messengers live here.
Wah!
' It unfurled its wings and shook them out. âCrow has work for you.'

Sadie's mouth dropped open, but before she could speak, the crow gave one powerful thrust of its wings, rose into the air, and flapped away. In a moment it was out of sight, and the high blue sky was empty.

Sadie's head throbbed and her throat was dry. She looked around, but she couldn't see the crow. She listened for its cry, but the air thrummed with silence.

The Games by Ted Kosmatka
The Undoing by Shelly Laurenston
My Sweet Isabella (The Ambassador Trilogy #3) by Mia Villano
Hook Up (A Bad Boy Sports Romance) by Bella Love-Wins
Lethal Circuit by Lars Guignard
Star Force: Resurrection (SF84) (Star Force Origin Series) by Jyr, Aer-ki
Engulf [New World Book 5] by C.L. Scholey
Murder of a Needled Knitter by Denise Swanson
The Penningtons by Pamela Oldfield
Dance With Me by Heidi Cullinan
Our partner