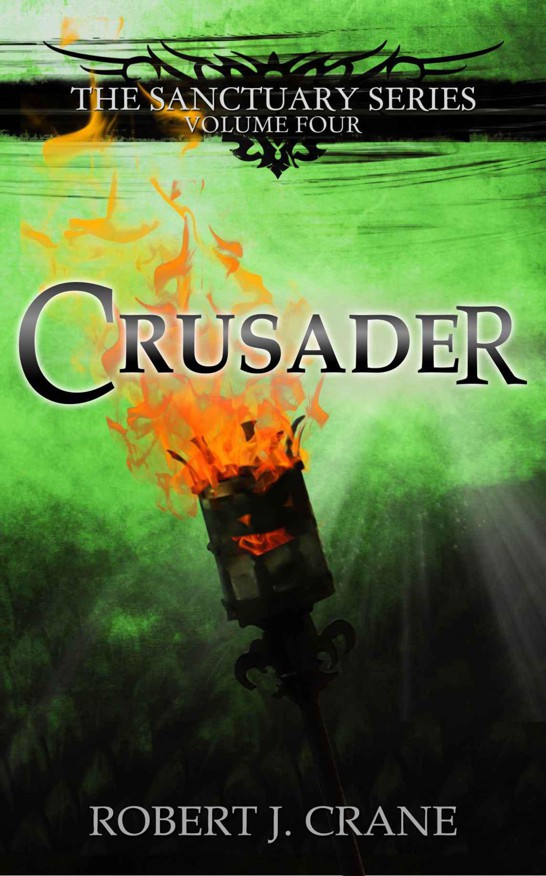 This book is a work of fiction. Names, characters, places and incidents are products of the author's imagination or are used fictitiously. Any resemblance to actual events or locales or persons, living or dead, is entirely coincidental.

No part of this publication may be reproduced in whole or in part without the written permission of the publisher. For information regarding permission, please email
[email protected]

Layout provided by Everything Indie

Other Works by Robert J. Crane

Fear consumes us,
the diary read.
It owns us, makes us its chattel and property, takes hold of our lives and enslaves us to it. There are only three ways to best fear. The first is to care nothing for anything, including your own life. The second is to confront it and thus build courage by facing your demons. The final is to believe so deeply in some cause that you are willing to walk through any fire, no matter how scorching, because of that belief. Unfortunately, all three of them are difficult for a coward such as myself, and of the three, one is of little appeal to anyone.

The rains had left with almost as little warning and fanfare as they had arrived with, and Cyrus Davidon stared out the window, Alaric’s journal clutched in his hand, mulling over his path. The room smelled faintly of wet wood and mildew; no great shock since the rains had blown into the Council Chambers of Sanctuary next door. All around him rested broken tables, smashed bookshelves, even a shattered painting—
though that was my work rather than that of … well …

The only sound in earshot was the crackling of the fire and the popping of the torches. They gave the air a sort of sickly smell, sweet, of oil burning, perhaps. Cyrus realized for the first time that it could have been magic burning, for all he knew. They were magic torches, after all, lighting and unlighting as needed. He leaned his left hand against the chair, feeling the pain within, and as he shifted, the ring on his finger caught on the inside of his gauntlet.
I’ve been sitting here like this for too long,
he thought, putting the journal aside. The lettering was elegant on every page; not quite a surprise though close, as Cyrus could not recall having seen the Master of Sanctuary write much of anything for himself during the time Cyrus had been a member of the guild.

The rains had stopped at some point after nightfall, Cyrus dimly realized. It was after midnight now, and the strain on his eyes had been considerable. Putting aside the book, he stood and heard the cracking of his joints. He sighed.
I sound as though I’m about to fall apart.
He chuckled ruefully at the thought.
Soon, perhaps.

He paused, pondering.
What Alaric said in the journal—I’m afraid. Fear. How long ago did I master fear? When I was at the Society?
He did the arithmetic in his head and found it unfavorable.
How long ago did I stop feeling the pinch of fear?
He thought about it for another moment but received no argument from himself.
Then. I stopped truly fearing after …

He let out a swift exhalation, as though he could purge the thought from himself, and tasted bitterness almost tangibly in his mouth.
Alaric was right. There are few enough ways to truly purge fear from your life, and I believe he might have figured them all out. Not caring about anything is certainly a swift way to do it, and I did that for long enough to know. Confronting it is easier
in conjunction with the third … he blinked.
Believing in something enough to die for it, well … that’s the most difficult of them all.

His eyes worked their way back to the book again. He’d read most of it during the night, much of it from times long, long before he had even met the man known as the Ghost of Sanctuary. There had been new insights, fascinating ones, things he hadn’t fully understood—until now.
But what would it say about the time I spent in Luukessia? What was he doing in that time, what was he thinking?
He found himself walking back to the chair unconsciously. Sitting back down, he picked up the journal of Alaric’s thoughts—and the other.
Vara’s.
He stared at the dull cover, the dark leather binding of it, ran his hands along the front as though he could feel it through his gauntlet.

He sat them both on his lap and opened them, skimming through the pages of the first until he found what he was looking for: a date. He read for a few paragraphs and his jaw dropped.
Ah. So that was it.
He turned his attention to the other book, Vara’s journal, the handwriting only slightly less flowing, and opened it, jumping through the pages until he found the one that fit. It was wrinkled, the parchment rumpled as though it had been exposed to water.

He looked up, around the empty room and toward the darkness outside. “That’s a hell of a way to start a journal entry.” His eyes fell back to the page and he read on, trying to absorb it all, flicking back and forth from one journal to the other, reconciling what he knew of that year with what he didn’t, fitting the pieces of it together in his head. It all crept in, slowly, much like the darkness outside, and he did not want to stop reading, even when he heard a noise of something from within the walls, something quiet but certain, something very much alive … in a place that was not.