Stay or go, she would face heartbreak.

“If I stay, you have to promise you’ll never again make a decision that affects us both without me.”

Dahleven lifted a brow. “And you as well.”

“Fair enough.” Cele nodded and sealed the promise with a kiss. She barely noticed the single sharp caw of a raven.

“I want a long engagement,” she added, when they broke apart. “And don’t even think about taking an
elskerinne
.”

Cele smiled as Father Wirmund held Aenid’s child above his head with two hands. The little girl was small and pink, with a thick thatch of dark hair that was Sorn’s gift to his daughter.

“Let Freyr bless thee, and Freya guard thee, and may Baldur be your guide. From this day forth, all shall know thee as Kaleth Sornsdatter.” Wirmund intoned the concluding phrases, then handed the little girl back to her mother.

The assembly hall was filled to capacity. Quartzholm was crowded with those who had arrived early for the Midwinter Feast, and all had been invited to the Naming Day Ceremony. A spontaneous cheer erupted and continued until Neven stepped forward. The baby, who had cooed happily throughout the ceremony, now let loose with a sharp cry. A ripple of laughter ran around the room, then all were silent again.

“Let us all now honor the gods and my new-named great-granddaughter by feasting in their honor!”

The crowd cheered again and began to disperse to the banquet hall. The family would make an entrance the near the dais, but not until the guests were seated. On this occasion, Sevond would join them at the head of the room.

“Kaleth is a pretty name,” she said, leaning back against his chest.

Dahleven put his other arm around her. “What names do you like, for our daughters?”

“Kathryn, I think. And Amanda, for my mother.”

Before she could answer, Sevond approached, holding Kaleth. “My lord Dahleven?”

Dahleven straightened, leaving one arm around Cele’s shoulders. She tensed, trying not to hope too much. Sevond had not yet rescinded Dahleven’s promise, and though neither of them had spoken of it, they were growing anxious that he might still want their son to replace the one he’d lost.

Sevond looked down at his granddaughter with glowing eyes. “She is perfect. And she’ll never go to fight and die in the drylands.” He looked back up at Dahleven. “I release you from your oath, my lord. It was generous, and it helped me through a dark time. But this little one is enough for an old man like me. It is enough to know my Sorn continues through her.”

At last
! Cele wanted to laugh and clap her hands, but she merely grinned.

“Only, there is one thing I would ask as a condition, my lord.”

Cele’s heart stopped. A condition. What price would he ask?

“I would have you name your second boy after my Sorn.”

Dahleven shook his head. “I can’t do that.”

“Because I plan use that name for my firstborn son.”

Tears brimmed in Sevond’s eyes. “You do my boy great honor. Thank you!” Sevond looked down at the little girl in his arms. “Did you hear that, Kaleth? A Jarl will one day bear your father’s name.” Sevond bowed and went to tell Aenid.

“Don’t ever scare me like that again,” Cele said softly, punching his shoulder. Then she hugged him. They were free. The last shadow on their happiness was gone.

“That was well done, Dahl,” Gudrun said, approaching from behind.

Gudrun looked at Cele with her usual piercing gaze. “And you, my daughter-to-be. Can we set a date now, for your final vows?”

Cele smiled back into Gudrun’s eyes. “Whenever you like, Mother.”

Thank you for buying and reading
DANGEROUS TALENTS
and allowing me to entertain you for a few hours. If you enjoyed this book please tell your friends, and consider leaving a review on the site where you purchased it. Indie authors depend on word of mouth and good reviews from their fans.

For news of upcoming releases, visit me at
http://www.FrankieRobertson.com
.

As the second son of the Kon of Nuvinland, and a priest of Baldur, Lord Ragni understands the demands of politics. He’s not surprised when his father arranges a marriage for him to the daughter of another Jarl. Unfortunately, Ragni has just fallen hard for Saeun.

Saeun never expected to fall in love with Lord Ragni, but what began as a casual dalliance with a ladies’ man blossomed into a deep passion. But her hopes for the future are dashed when her tools of forbidden magic are discovered. To save herself, and Ragni's reputation, Saeun escapes into a deadly blizzard—leaving behind everything, and everyone, she loves.

Ragni faces an agonizing choice: enforce the law he’s sworn to uphold, or save the woman he loves.

And while the lovers' hearts are breaking, a dark and ancient threat to all of Nuvinland is gaining strength
. 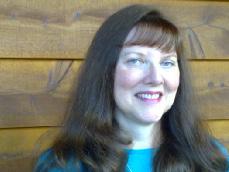 Frankie Robertson
writes fantasy and romantic fiction with an otherworldly twist. She has lived all over the country, but now lives with her husband in southern Arizona. Her backyard is often visited by hawks, coyotes, javalinas, and bobcats, who don't get along well with the bunnies, quail, and lizards. She brings a varied background to her writing, including experience as an investigator with the Western Society for Paranormal Research.

Gargoyle Quest by William Massa
Whispers in the Mist by Lisa Alber
Miss Julia Stirs Up Trouble: A Novel by Ann B. Ross
The End of the World in Breslau by Marek Krajewski
Faithfully Unfaithful by Secret Narrative
Hitler's Beneficiaries: Plunder, Racial War, and the Nazi Welfare State by Götz Aly
The Little One [Quick Read 2012] by Lynda La Plante
The Chosen Seed by Sarah Pinborough
Colonel Roosevelt by Edmund Morris
We Others by Steven Millhauser
Our partner