Daniel Taylor and the Dark Legacy 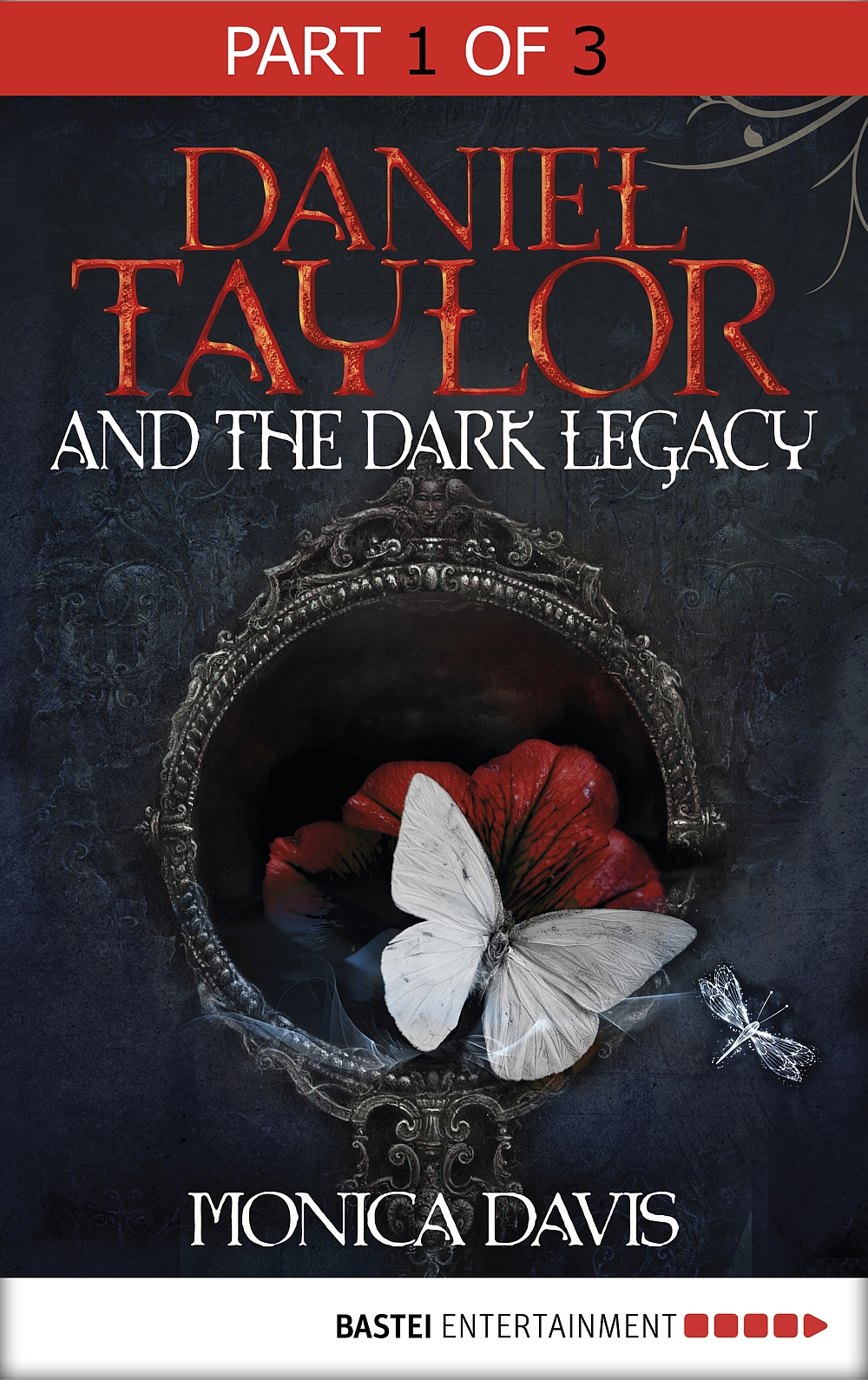 Daniel, a high-school outcast with nothing much going for him, suddenly discovers that he has feelings for his attractive classmate Vanessa. And if that weren’t confusing enough, strange things start to happen to him. His world is turned upside down when he learns about his true origins. Daniel becomes caught up in the shadows of a dark legacy — a legacy that opens the door to another world, the world of demons …

Monica Davis is one of the pen names of the German writer Monika Dennerlein. Born in 1976 in Berchtesgaden, she moved to Munich after high school, where she worked for a few years as a dental technician. But she never lost her passion for writing. Since she completely devoted her time to writing, she has published 40 books and numerous e-books that regularly appear among the ranks of online bestsellers.

AND THE DARK LEGACY 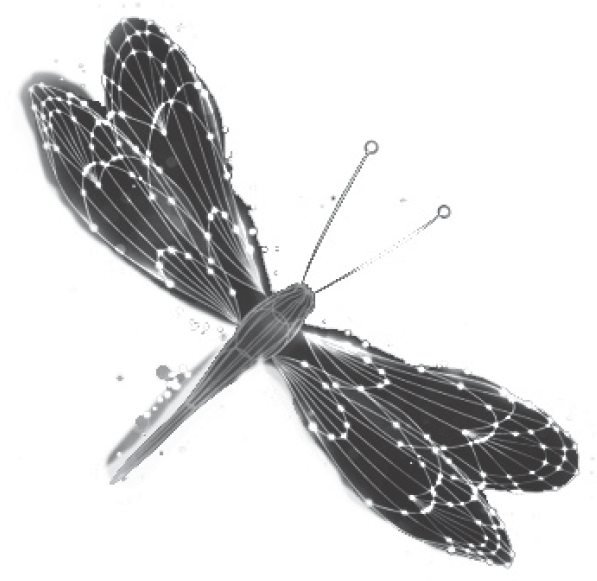 “I can’t stand it anymore,” James grumbled to himself. Wiping the sweat and dust from his forehead with the back of his hand, he sat down heavily on a stone block. It was stuffy and dark inside the pyramid, his nose itched constantly, and he was thirsty. They hadn’t yet found what they were looking for. In fact, thus far they had found
absolutely nothing
— nothing except a ton of dirt. Maybe the scepter wasn’t even in this tomb. Maybe it wasn’t anywhere near Cairo! The Guild must have made a mistake in deciphering the hieroglyphs. Could anyone believe what was written on a 1,000-year-old clay pot, anyway?

A scepter capable of making anyone your loyal subject, that would be something
, James considered. The first thing he’d do would be to send his archaeology professor — the one who made his students toil like slaves in ancient Egypt — straight to hell. James wanted badly to be back at his hotel, freshly showered and nestled in his soft bed. Every muscle in his body ached.

He had moved a bit away from the group in order to enjoy his lunch break in peace, and now he found himself alone in an empty room. Outside, the sunlight was too hot for him to bear. In any case, James didn’t want anyone nearby while he wallowed in memories.

Groaning, he pulled a lantern emitting a glaring circle of light closer to him, gulped the last swallow of water from his canteen, and took several folded pieces of paper from his breast pocket. They were letters from Anne. James had read them so many times that he knew them by heart. Just touching them gave him a sense of normality, of home. Anne had been the girl next door when he was a child, and he thought of her often. It wasn’t that long ago, really, just a few years. He wished that he could turn back time — he would have done so many things differently.

Imagine
, he read,
in just a short while Peter and I will be married. I’ll be Mrs. Taylor, the wife of a future doctor! It would be lovely if you could come to the wedding …

As always, his heart skipped a beat. Sighing, he lowered the letter. Anne was lost to him. Since her wedding, she scarcely ever wrote to him. James loved those letters. Anne was his only connection to a world that had no demons, watchers, or other terrible creatures — except in myths.

As James scratched his head, shaking a layer of grey sand and dust out of his brown hair, he thought about how he hated this dry, barren country, and wished he could return to Little Peak. Although the town was situated in the middle of California, where the temperatures were often sizzling hot, there was at least a bit of green, flowing water, and, above all, the people he missed so badly. His parents still lived there. Like him, they worked for the Watchers’ Guild, although they were no longer in active service; they left that to younger members or those who had received special training.

The mission of the Guild was to protect humanity from all things evil. The watchers were regular people, but acted like angels on earth: Although they were as vulnerable to injury as anyone else, they possessed certain special skills. They could even generate spheres of energy to protect themselves. The best thing was that they could “beam” themselves from one place to another. This was known as “dematerializing and rematerializing,” “translocation,” or simply “teleportation.”

“I miss you, Annie,” James whispered.

He wished he could have told Anne who he really was; instead, he had had to play the role of a spoiled rich kid who, thanks to the wealth of his parents, was sent off to a fancy boarding school rather than attending Little Peak High with her. In fact, he had been sent to the Guild School in the town of Avalon on Santa Catalina Island, just off the coast of Los Angeles. This was the best possible training ground for a future watcher. The island was owned by the Guild, but supported by tourism. In a large, fenced-in valley surrounded by forests, far from curious eyes, the organization’s buildings were well-protected, disguised as a military base.

James only went home during school vacations. And because he was a watcher now, it was his duty to sit here in this dark, musty pyramid, searching for demon artifacts. It was part of his studies.

Students do all the dirty work
, he thought. They had been searching for months for this scepter. It would probably never turn up.

With a derisive snort, he held up another letter to the light and examined Anne’s lovely handwriting.
Peter has a good chance of getting a residency at Little Peak Hospital. We’ll be working in the same place!

James sighed again. Peter — why did it have to be Peter Taylor, that boy with freckles who had lived down the street from them? He wasn’t a good match for Anne.

He was starting to get the feeling that his bad mood had nothing to do with his job — it was often pretty cool, he had to admit — and everything to do with the fact that he couldn’t have Anne for himself. Okay, that did have
something
to do with his job. Watchers have to marry their own kind; when they had children with normal people, their magical powers weaken with every successive generation. In addition, the organization itself is a complete secret and only rarely grants admission to outsiders.

A scraping noise made James leap up and spin around, his heart racing. He held up his lantern to get a better look at the narrow corridor leading to his little room. Frozen in place, he held his breath — but there was no one there. It was ridiculous of him to think that he would actually encounter a demon, especially since he was only a student. Usually, the underworlders kept themselves well-hidden; they wouldn’t allow themselves to be spotted so easily. The creatures avoided watchers like the plague.

Suddenly, a shadow rushed up to him. “Boo!”

James dropped the letters and the lantern, hands already busy preparing a crackling energy sphere to hurl at the enemy. His pulse was pounding in his temples, and again he held his breath.

“Ruben!” At the very last moment, James burst the energy sphere, swearing as the recognized his fellow student. “Damn it, you idiot! I almost killed you!”

The young Italian, whose blond hair was just as dusty as James’ own, simply laughed. “Do you really think your balls of glitter could hurt me?”

Like James, Ruben wasn’t just a normal student of archaeology and Egyptology; he was also a member of the Watchers’ Guild.

“I’d gladly give you a taste of my glitter balls,” James muttered. Their energy level was not particularly high, but if one managed to create a really massive sphere of concentrated energy, it could be used to repel demon attacks. James would much rather have been working on his battle skills than digging in the dirt. In two weeks, he’d be flying back to California to finally start the last part of his watcher training: defense and teleportation! Their group had already been trained in certain skills, but some students — unfortunately, himself among them — still needed a little remedial help in magical matters.

Ruben walked over to him. “What are you doing here, Jimmy,
amico mio
? Reading love letters in secret instead of working?” As the young man began to sing “Amore mio,” James rolled his eyes and growled, “That’s none of your business. Anyway, I’m on my lunch break.”

James liked Ruben, but he hated being called “Jimmy.” In any case, he was two years older than the Italian.

James gave him a dirty look, and Ruben retreated from the room, raising his hands defensively.

“Not likely!” Now James had to laugh. Talking — yes, that was what Italians did best. “But if you have an extra bottle of water, I’ll consider it.”

“I’ve got a whole case!” Ruben’s words echoed through the dark corridor. “I’ll even give you a special price!”

“Liar!” James shouted back, smiling. He could no longer see his colleague, but still could hear his footsteps. Ruben had found a narrow entrance into a ventilation chamber where he had stashed drinks and other items that he could sell at a hefty markup to his fellow students. If the professor ever found out, Ruben would get the boot. He seemed to get a thrill from the danger.

Top Wing by Matt Christopher
Hush by Anne Frasier
Since You've Been Gone by Mary Jennifer Payne
The Saints of the Cross by Michelle Figley
Laura Shapiro by Julia Child
Beyond Lion Rock: The Story of Cathay Pacific Airways by Young, Gavin
Fall of Lucifer by Wendy Alec
Unwritten Books 3 - The Young City by James Bow
A Place Of Our Own (Contemporary Cowboy Romance) (Texas Heat series: Book 3, Jim and Maddies story) by Rose, Amelia
2 A Different Shade Of Death by Gillian Larkin
Our partner