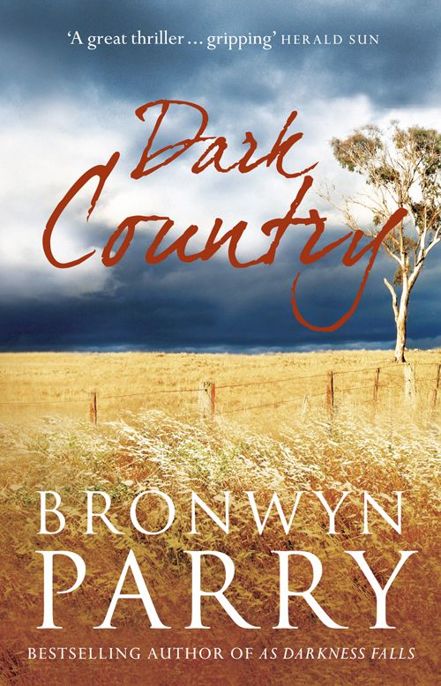 Published in Australia and New Zealand in 2009
by Hachette Australia

This book is copyright. Apart from any fair dealing for the purposes of private study, research, criticism or review permitted under the
copyright Act 1968
, no part may be stored or reproduced by any process without prior written permission. Enquiries should be made to the publisher.

A CIP catalogue record of this book is available from the National Library of Australia.

We each hear different drummers
,
but still find music to dance together
.

He shouldn’t have come back. Gil’s hands tightened on the steering wheel as he approached the bend in the road where everything
had fallen apart, half a lifetime ago.

For an instant he took his foot off the accelerator and considered turning around, driving through the night and the rain
to get back to Sydney and far, far away from his past. He should have taken it as a bad sign when the direct route to Dungirri
was closed due to flooding. He’d had to take a long detour, looping an extra two hours’ drive through Birraga to come into
Dungirri from the west, passing the place where one set of nightmares had ended, and another begun.

The tall gum trees bordered the road, ghostly white trunks catching the headlights, twisted branches like fingers reaching
out as menacingly as the memories.

He gritted his teeth. He would not let memories affect him now. He’d just go to Dungirri, do what he’d set out to do, and
leave again.

He took the bend slower, cautiously, exhaling a pent-up breath when the road proved clear. No kangaroo this time. In the shadows
just off the road, he could barely see the eerie shape of the tree, but his mind’s eye filled with the vivid image of another
time. The tree standing immoveable, a vehicle wrapped around it, the drooping branches scraping over the roof and the strobing
lights of emergency vehicles surreal in the once-peaceful darkness. His gut clenched tight, and the recollection of the sharp,
nauseating scents of blood, petrol, eucalyptus and alcohol came to him again, the mix permanently scarred into his nostrils.

He stared ahead, determined to keep his brain as focused on the road as his eyes were. Twenty kilometres to go. Fifteen minutes
at most, as long as the rain didn’t get heavy again.

The shadow of Ghost Hill rose to his left, as ethereal in the lightning and rain as its name, and the road curved around to
nestle into its base. As the road straightened out, a vehicle parked ahead began to flash blue and red lights. He glanced
down at the speedometer and swore. Just his damned luck – seven kilometres over the speed limit, and the Dungirri cops were
ready with a welcoming party, especially for him. If he’d needed any confirmation that coming back was one hell of a mistake,
he’d just got it.

The cop, swathed in reflective wet-weather gear, stood in the middle of the road with a torch and signalled him to pull over.
He wound down the window but kept his eyes forward, telling himself not to respond to the triumphant look on the old sergeant’s
face when he recognised him.

He jerked his head around when a female voice said, ‘Sorry to pull you over, sir. I was hoping you were of the locals. Were
you by any chance planning to stop in Dungirri?’

‘Yes,’ he replied slowly, searching for the sarcasm in her voice. After flicking the light quickly around the interior, she
turned the torch sideways, so that it didn’t shine in his face, yet provided some light for both of them. Under the dripping
brim of her hat he caught a glimpse of lively blue eyes and a few wisps of red hair around her face. Not a face he knew, which
shouldn’t have surprised him, given he’d been away so long.

‘Oh, good. Would you mind doing me a favour? Could you get someone to phone my constable and tell him the patrol car’s bogged
out here? Just ask anyone – they all know him.’

He stared at her, trying to make sense of her unexpected request. ‘You can use my mobile, if you like.’

She grinned an open, friendly smile that he wasn’t used to seeing from a police officer. ‘If it works out here then your phone
company performs miracles. It’s a notorious dead spot; Ghost Hill’s between us and the towers, and blocks the phones and the
police radio. Which is why I flagged you down.’

He glanced at his phone in its holder on the dashboard. Sure enough, no signal.

‘I could give you a lift into town.’ Hell, had those words come from his mouth? He’d avoided police as much as possible all
his life, and for good reason.

She smiled again, shook her head. ‘Thanks, but I’ll be fine. If you could just make sure the message gets to Adam – Constable
Donahue – I’ll wait here until he comes.’

Despite the perfectly reasonable logic, her refusal gouged across the old internal scars that he hadn’t realised he still
carried. Yeah, well, what did you expect, his inner voice taunted him.

‘No offence intended,’ she added quickly, as if he’d frowned.

Something about the way she smiled at him, like an equal, kicked logic back in again. No sane woman would get into a car with
a strange man, far from anywhere, even if she were a police officer with a gun on her belt. He knew he looked like someone
you’d definitely avoid in a dark alley, and he’d been in enough dark alleys in his life to know he lived up to that impression.
In his black T-shirt and well-worn leather jacket, he certainly didn’t fit the image of a safe, respectable citizen – more
like the type that most cops itched to arrest, without bothering to ask questions first.

He understood her refusal, yet the idea of leaving her here, alone in the dark and out of radio contact, didn’t sit comfortably
on his conscience.

‘Maybe I could help you get your car out?’

‘Thanks for the offer, but it’ll need the four-wheel drive and a winch. It’s in a ditch, and the entire left side is axle-deep
in mud.’ She gave a rueful shake of her head. ‘You’d think that after years in the bush I wouldn’t be stupid enough to swerve
to avoid a kangaroo on a wet night, but I did. At least I didn’t hit a tree.’

He turned away quickly before he betrayed his shock. The parallels brought the other memories crowding back, halting his breath
in his throat.

Yeah, coming back to Dungirri had definitely been a bad idea.

Kris caught the instant of bleakness in his shadowed eyes. So, the granite-faced man had some emotions, after all.

Already off-kilter from the shock of running into the ditch, the thought of waiting out here in the dark and rain another
hour or so longer didn’t appeal. She didn’t dare sit in the patrol car; it felt too unstable, as if it were on the verge of
tipping over into the mud. So, stand alone in the darkness and rain on jelly legs for fifty minutes or more, or risk going
in a car with a guy who made James Dean look like a choirboy?

A flash of lightning above heralded a smashing of thunder that made her duck her head instinctively. Just her luck that she’d
skidded the car into a ditch on the one night thunderstorms were interrupting the drought.

The man yanked the keys out of the ignition and thrust them at her through the window.

‘Take my car. I’ll wait here till you get back.’

Maybe the thunder had befuddled her brain, because she couldn’t for a moment work out what he meant, but realisation came
as he opened the door and got out of the car.

In the torchlight he looked tall and dark and potentially dangerous, six-foot of muscle, with an unsmiling face that had seen
more than a fist or two over the years. Even a knife, if she read the scar on the side of his cheek right. Eyes dark in more
than just colour met hers, and his scowl suggested one really bad mood. Not a man to mess with, and sure as heck not the average
guardian angel.

Yet, in some bizarre way, she trusted him. He stood a non-threatening metre from her, shoulders hunched against the
rain, water already dripping from his black hair onto his leather jacket.

‘Yeah, well I’m not going to leave a woman out here alone without radio or phone, cop or no cop. So take my damned car.’

Light exploded nearby, with an instantaneous crash of thunder so loud it jarred every bone and muscle in her body and pounded
her eardrums. A tree a hundred metres down the road flared a brief light before smoking in the heavy rain.

‘You all right?’ He reached a hand out, touched her on the arm. At least she wasn’t the only one shaking. That crack of lightning
had been way too close for comfort.

She gave a nervous laugh. ‘I will be, when my heart starts again. Okay, you can give me a lift into town. I don’t plan on
becoming a human lightning rod. Have you got room in the back for a couple of boxes? The senior sergeant at Birraga will kill
me if the new computer gets drowned in mud.’

The two computer boxes were on the near side of the patrol car, held in place by less precious boxes of stationery, so she
didn’t have to wade into the muddy ditch to retrieve them. The guy took the heavier one from her and stowed it in the boot
of his car while she carried the smaller box.

Wherever he was going, he was travelling light, her observant cop eye noticed as she slid off her wet jacket, shook it out
and folded it so it wouldn’t drip water everywhere. A slightly battered kit bag lay on the back seat, a laptop case on the
floor, and that was it. No maps, no fast-food containers, no CDs, no general bits and pieces that might accumulate on a trip
or in daily use. Probably seven or eight years old, the car was clean – not sparkling rental-car clean, more not-used-often-at-all
sort of clean.

Eleven by Krys Seabron
To Catch a Billionaire by Stone, Dana
For the Best by LJ Scar
Heavenly Angel by Heather Rainier
Death of the Doctor by Gary Russell
The Internment of Japanese Americans in United States History by David K. Fremon
Against a Brightening Sky by Jaime Lee Moyer
The Whiskey Tide by Myers, M. Ruth
Talk Stories by Jamaica Kincaid
changeling chronicles 03 - faerie realm by adams, emma l
Our partner