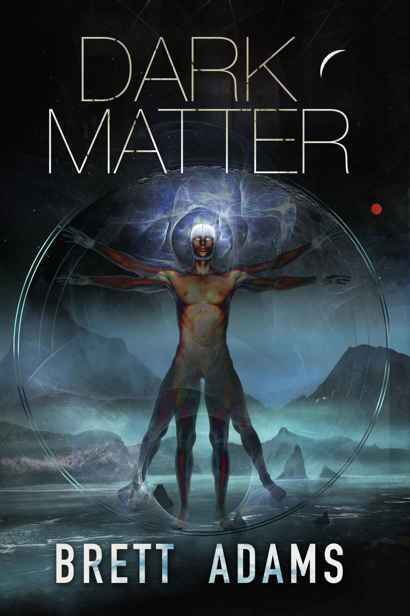 This book is a work of fiction. Names,
characters, places, and incidents either are products of the author’s
imagination or are used fictitiously. Any resemblance to actual events of
locales or persons, living or dead, is entirely coincidental.

This e-book is licensed for your personal
enjoyment only. It may not be re-sold or given away. Thank you for respecting
the hard work of this author.

Connect
with the Author

Discover
other Titles by Brett Adams

For Tara, who still isn’t complaining.

“One of the greatest mysteries in the
cosmos is that it is mostly dark.” — Joseph Silk

It wasn’t a phrase Rasputin had ever heard.
He supposed it wasn’t a deed attempted much either.

But tonight he would pull it off.

The idea had been simmering at the back of
his mind for years, and now it had come to the boil. One minute he’d been
eating sweet-and-sour pork in the foodhall of the cinema complex, his head a
bucket catching every stray sound. The next he’d been treading the asphalt of
the undercover car park, his body burning with the idea captured in those three
simple words. He couldn’t remember how one had turned into the other. It didn’t
matter anymore.

He
would
commit a beautiful suicide.

Everything necessary lay in his beat-up
Datsun. The car would be his troubadour’s wagon, holding both stage and props.
In its backseat was a woollen blanket he’d bought from the Salvation Army for
five dollars. In the car’s centre console was a bottle of water, and in the
glove compartment a small jar of opaque white plastic. The mail-order chemist’s
label wrapped round the jar said: Amitriptyline (150mg), take orally once a day
at bedtime. And on his driver’s license was stamped in indelible ink the
all-important instruction.

He would wind the driver’s chair back to
sixty degrees, spread the blanket over his body, take the top off the jar, and
with the bottle of water begin washing down the dusty pink tablets.

After as few as ten tablets (so he’d read)
his eyelids would grow heavy and close. His mind would sink into
unconsciousness. His pulse and breathing would slow. Then stop altogether. He
would not so much shuffle off this mortal coil as sublimate from it. His being
would evanesce like dry ice.

Above all, he would do this without
violence. The mere thought of slicing open the flesh of his wrist sent a thrill
of panic through him. No, he would close his eyes and float away with the
clouds.

He hoped he wouldn’t dribble, or fit and
spasm out from under the blanket. That would disturb the tableau. But he could
bear that. How he looked wasn’t the beautiful part.

He’d considered overdosing on Heroin, even
tested it, but that ran the risk of throwing a red flag at organ appraisal. If
you were sticking Heroin into your veins, what else was flowing in them? But Amitriptyline,
an antidepressant, was the housewife’s remedy. A nice, normal death. A
work-a-day death that left all of your vital, and vitally needed, lumps of
flesh in saleable condition.

Here was the beauty. Rasputin would cast his
soul to the wind, but leave his body for who knows how many still-breathing
folk.

And when it was parcelled out, what new
sights would be seen through his corneas? What new aromas sucked into his
lungs? What new toxins filtered by his kidneys? (A fleeting doubt: would Amitriptyline
damage them beyond use?) He imagined a beneficiary of his largesse gazing at
the Eiffel Tower, smelling the bouquet of a Château d’Yquem, and pissing it
down one of those funny open-air urinals, a
pissoir
, found on the streets
of Paris. And all of this courtesy of his hardware.

Perhaps portions of him would go all over
the world, an inverse Frankenstein’s monster. Today he was Rasputin T.
Lowdermilk of 34b Bell Court, Riverton, Perth, Western Australia. Tomorrow he
would be many people. Legion. It was modern-day magic.

That was the plan. Until he stumbled on a
fly in his ointment.

The fly stood about six feet tall. It wore
dirty Converse sneakers, black jeans, and a hood top that had a price tag
dangling from its hem. The fly was bent at the waist, side-on to Rasputin. Its
right hand was gripped around a screwdriver, and with that it was jimmying a
car door lock.

The fly was attempting to steal his car.

A combination of irritation and disbelief
loaded insults onto the back of Rasputin’s tongue.

He was thinking that experts say we use ten
percent of our brains. Leaving aside the question of what goes on in the other
ninety percent, he reckoned this guy would be hard pressed to make a whole
number. For starters, his car—the car this guy was trying to
steal
—was a
piece of crap. It was one bill from the wreckers. Second, the guy was standing
in the only pool of light for a hundred feet. Third, any minute now the cinemas
upstairs would vomit clots of moviegoers into the car park. And to top it all, here
was Rasputin standing at the rear fender and
still
the guy was working
the lock.

In the end it was the disbelief that won
out. He tried to lighten the mood: “If you crack the lock, let me know the
trick. It’s been dicky since someone jimmied it with a screwdriver.” Funny but
true.

The guy froze for a heartbeat, then pivoted
on the dirty sneakers. (Now Rasputin saw the headphone wires snaking out of his
ears.) Grit crackled under his shoes into the silence. The screwdriver was
still grasped in his right hand, but now he was holding it like a knife.

Rasputin’s brain picked that moment to
inform him he had blocked the only route of escape. His car and the next were
hard up against the wall and made a blind canyon of concrete, glass and metal.
He saw, too, that the man was a boy, no more than sixteen, and for some reason
this terrified him most of all.

His eye fastened on the screwdriver. Its
rusty shaft was pitted like the boy’s acne-scarred face. In his mind’s eye,
Rasputin saw the steel puncture his skin and slide between his ribs. He
imagined its lancing pain, and his body reacted by dumping adrenaline into his
bloodstream. But instead of propelling him to action, the drug thrust his mind
backwards in time, through his memory of the evening. All of a sudden the
reason why he had chosen tonight to attempt a beautiful suicide was the most
important thing in the world. He dug in his memory for how he had come to be
facing down a kid with a screwdriver instead of sitting comfortably numb in Cinema
5. He had wanted one version of numb or the other. How had he ended up with
violence?

His memory of the night coiled away in his
head like ticker tape. He scrabbled back along it looking for
the moment
.

What he found was the foodhall, and
sweet-and-sour-pork, and, blazing on the hall’s ten-foot TV screen, a quiz show
called
Temptation
.

That’s right. He had been attempting
Temptation’s questions. Testing his wits against the contestants. It must have
been a question that triggered tonight’s long-planned, long-delayed final act.
But which one?

He wound along the ticker looking for the
question that had sent him out of the hall, through the rain, and into the
underground car park on a mission.

The first thing he remembered was just a
fragment of a question. Something about Moscow. The answer had been Napoleon,
to which the show’s host had added the redundant, “Bonaparte, yes.”
(Must be nice to hold all the answers.)

Nope. That wasn't the one.

Back in the car park, Rasputin saw the kid’s
gaze dip to the screwdriver and return to him. There was no mistaking what he’d
been up to. His eyes kindled with an animal clarity.

He scrabbled along the memory ticker tape
for the next question. He had heard most of that one: “Who wrote: ‘It is a
truth universally acknowledged, that a single man in possession of a good
fortune, must be in want of—’”

A contestant had buzzed in. But Rasputin
had been ready, and fired off his answer a split second earlier. “Red Saturn,”
he’d said.

“Jane Austen,” the contestant had said.

He remembered how he had smiled a moment,
thinking they had given identical answers, before the truth jolted him: Red
Saturn wasn’t the name of any author. Red Saturn wasn’t even a name. He’d
briefly wondered then if he had early-onset Alzheimer’s. Or maybe it was
astronomer’s Tourette’s, except he was no astronomer; his knowledge of the
heavens didn’t get beyond various things to say about Uranus.

Okay. That had been
odd
. But it wasn’t
his answer. He couldn’t blame Jane Austen for flicking the suicide switch.

Down in the car park a flicker of motion
caught his eye. The kid was moving—three feet away and closing.

And in that scintilla of time Rasputin realised
his mistake.

It wasn’t a question that had done it. It
was something said by the
hostess
. One word that had blasted him like
lightning from a clear sky. But what had she said? (
scrabble, scrabble
) He found the answer at last: “Warms the cockles
of your heart.”

That was the culprit. That one word had
brought his mind to boil. Set his face to Eternity.

And, he discovered with a dip of the
stomach, he had not the faintest clue why.

The flicker of motion swelled. A sense of
urgency drowned his mind. He desperately wanted to know
why
, but knew it
was the only answer he was going to get. He dragged himself back into the
present, and the point of a rusty screwdriver aimed at his gut.

Metro by Langstrup, Steen
And Blue Skies From Pain by Leicht, Stina
His Confession (By His Command #8) by Ana W. Fawkes
Trouble by P.L. Jenkins
Twisted Pursuits by Morrison, Krystal
What I Did by Christopher Wakling
The Outside Groove by Erik E. Esckilsen
Silver Dream by Angela Dorsey
The Care and Feeding of Unmarried Men by Christie Ridgway
Prince of Wrath by Tony Roberts
Our partner