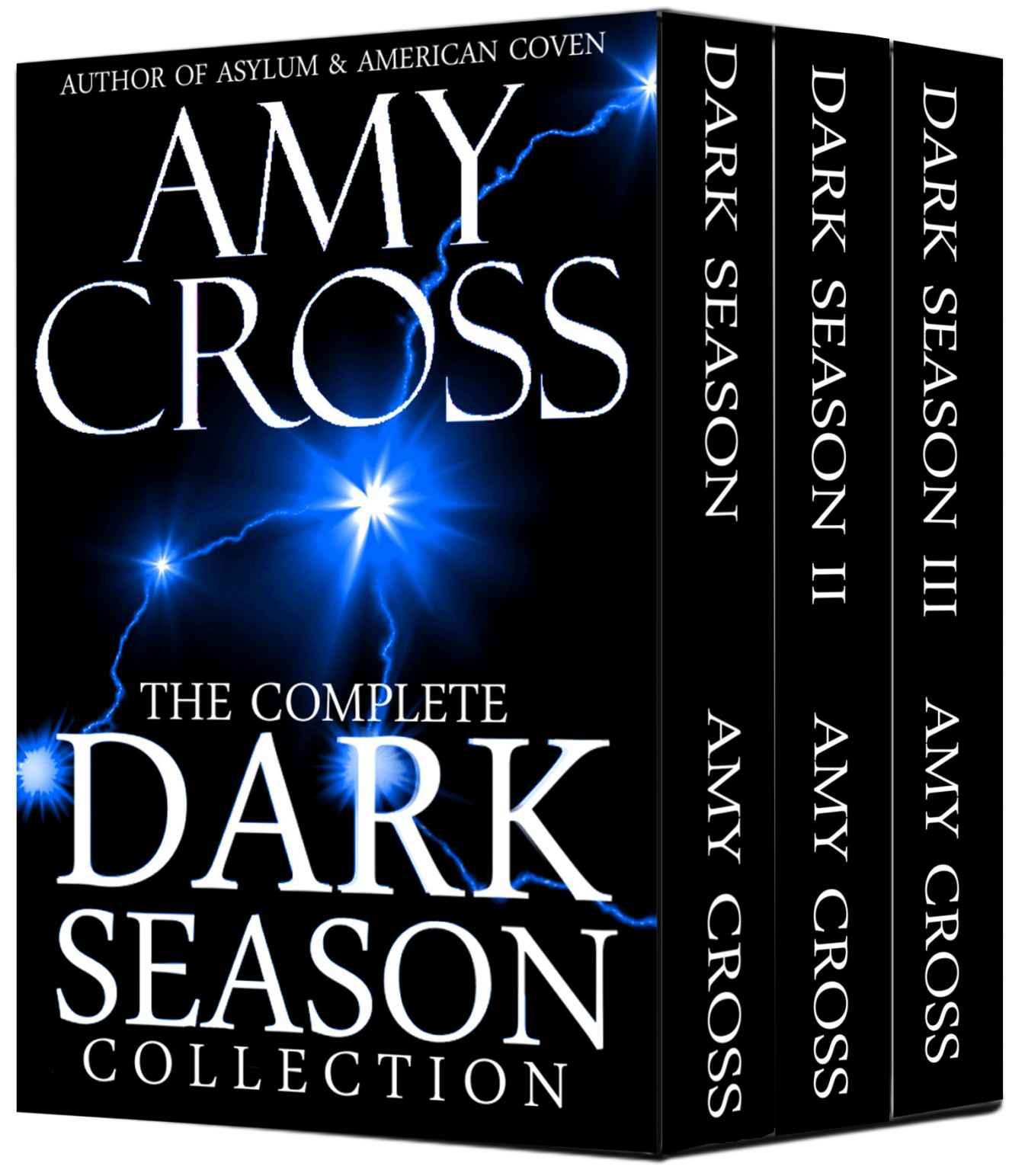 This ebook is licensed for your personal enjoyment. If you enjoy it and wish to share it with others, please consider buying them their own copy. Feedback is always welcome. The author reserves all rights in respect of this work. Any similarity to any people, places or events is entirely coincidental.

Journey to the Library

The Girl Who Never Came Back

The Dead and the Dying: A Joanna Mason Novel

Book 3: The Ghost of the Girl in the Well

Book 8: The Death of Sophie Hart

Book 3: The Bureau of Lost Vampires

Book 6: By the River Dark

The Catacombs of New York, December 1905

I have been delaying this final moment for so long. For many hundreds of years, at least. But now, as I walk the long stone passageway to where they are waiting, I know this is the right time. It has to end.

I am stronger today than I have ever been, and now it's time to show that strength. Not through violence; I learned long ago that violence merely begets more violence. No, today I have to show another kind of strength. And if we all have to die, so be it. Let us at least try to put aside our differences, and die together.

After all, we were friends - once.

As soon as I enter the chamber where I left them, however, I see that things have changed. They are ragged now, driven insane, having spent so many centuries left alone chained to the wall with just one another for company. With madness burning in their eyes, and their sane minds long gone, they moan and strain at their chains, trying desperately to reach me. They have degenerated far more than I could ever have expected. All they want now is to gain retribution, for they recognize me as their tormentor. They know this is my fault.

They reach out to grab me, but I know where to stand, just far enough away from them. Not like last time...

I try talk to them. I try to break through their madness, to tell them that the war is over, and that we are the only ones left. I tell them that our species has over-stretched its limits; that we have committed horrible atrocities against one another, and against the humans, all in the name of a peace that never came. We have abused our power for our own gain, we have allowed Gothos to fall into disrepair, and we have become monsters. I tell them that we all have to die now, and that I have chosen to die with them. I tell them that this world no longer has a place for vampires. Our time has passed. Truth be told, it passed a long time ago.

One of them laughs. Unlike the others, he has just enough sanity left to call me a fool. Torn apart by wolves, he is little more than strips of flesh these days, but he can still scream and shout and rant. He tells me I can't kill any of them. It's impossible. He laughs like a man who knows he‘s damned. He warns me that any attempt to destroy the species will merely result in my own death. He swears that he will one day feast off my flesh, ripping it piece by piece from my bones.

To him, I say nothing. I simply hold out my left hand and slowly unclench my fist. He smiles at first, but when he sees what I have, he screams, and the others start to scream too. But that's okay. It's what I expected; to die with them screaming all around me. Eventually we all have to go back to where we belong.

The light in my hand grows until it fills the room.

The war is over. We all died.

If this is how I'm going to die, it's pathetic.

The ATM screen cracks as my head smashes into it, then I'm pulled backwards and the next thing I know I hit the ground with a thud, the back of my skull cracking as it bounces off the pavement. I can hear voices arguing, but my vision is totally blurred and when I try to lift my head, a boot stamps down on my neck. I hear - and feel - something snap. I roll onto my front. A drop of bile comes up into my mouth. I try to scream, but the boot comes down on the back of my head, slamming my face against the sidewalk and knocking out a couple of teeth.

Short of breath, I try to get up. All I can think is: please don't let this be sexual. I can handle being mugged: they can take my money (I can get more money); they can take my stuff (we live in a world of stuff); they can rough me up a bit (I can heal a few broken bones); but I'd rather die than go through anything sexual. All I want is for them to leave me alone. Please, God, let this just be an ordinary mugging.

Suddenly I'm overcome with worry about Shelley. Where is she? Is she being attacked too? After all, whenever we go out together,
she's always the pretty one. Then I remember: we separated half an hour ago; I told her I'd be fine walking home from the party by myself. She protested, but I insisted: I'll be fine, I said. It's a five minute walk. I told her to stop worrying. I've heard stories about girls being attacked as they walk home alone, but I never thought it'd happen to me. And now here I am.

A boot slams into my shoulder, and I hear bones splintering. But the strange thing is, there‘s no pain. It's as if my body, knowing it’s about to die, has decided to spare my brain the agony of my final moments. After a moment, I realize I can't hear anything either. I'm becoming sealed off from the world around me, even as my assailants continue to kick and punch my body.

The funny thing is, I've always wondered what it feels like to die. Really: I used to sit in class at school and try to imagine it. But I thought I'd live past 21; I thought I'd die when I got old, like in my late twenties or something. And now I hear more bones break, and I feel blood splashing onto my face. It's almost as if it's all happening to someone else, though. When a punch sends my sprawling across the sidewalk, all I feel is a dull thud, and I hear the whole world as it echoes around me.

Something big lands with a thud on the pavement next to me. I turn to look and I see it's a human torso. With a curious kind of detachment, I realize my head must have been ripped off the rest of my body. So how long have I got left? Two, maybe three seconds? I stare at the torso. That's
my
body over there,
my
arms and legs snapped,
my
big fat hairy hand with 'HATE' tattooed on the knuckles,
my
... wait, what? I stare at the hand, and then at the rest of the torso. It's all too big. Much too big. It's not mine at all! And I don't have any tattoos. Which means that it's someone else's body, which means maybe I'm not just a head at all, which means...

So whose body is it?

Something else flies through the air and smashes against a nearby wall, slithering down to the ground. I recognize it: that's the body of one of the muggers. In a crumpled heap, it twitches - not twitching like it's still alive, but twitching like it's in death spasms. And there's blood on the wall. That must have been some throw: the body kind of burst open on impact.

And then... absolute quiet. Just the wind on a cold night, and slowly I realize I can hear the sound of leaves in the parking lot getting dashed across the tarmac, and that low hum you get everywhere in a city. Weirdly, everything looks like it's in black and white, but that's probably because the only things I can see are black and white things: the black night sky; a single metal-gray streetlight with a bright white head; the light gray pavement against my face. This is a black and white kind of town.

Then I hear something, like footsteps on gravel getting nearer to me, and then something up close, behind my right ear, as if... as if I'm being sniffed. I know that's crazy, but honestly, it's what it feels like. Then, without any warning, I feel hands reach under me, and then suddenly I realize I'm being picked up, and whoever picked me up has started carrying me away. I'm powerless to resist, or even to look up, and I have a vague awareness of extreme pain in my back and legs and arms, but it's not something that seems very important right now. In the very far distance, I can see the lights of the city, mostly black and white too but with a few bright primary colors thrown in.

I try to look up again, to see who's carrying me, but my neck hurts too much. I think it’s broken. With my vision still blurred, all I can make out is a dark shape, and a light in the distance which I think might be the moon.

The footsteps change suddenly. We're not on the sidewalk now, we're walking through grass. I hear twigs snap. He - she? - it? - carries me further. I have no idea where we're going, but eventually I can tell we're walking downhill and then the footsteps seem to become less steady. Are we in a forest? We're walking down a really steep hill, and it feels like we're going down forever. Suddenly it feels like we're inside somewhere: it's darker, and we're getting warmer, and now I can hear footsteps echoing around us, echoing in somewhere big and stone. We're still going down and down and down, perhaps down a set of spiral steps. And now I think I can hear music in the distance, classical music, getting louder and quieter at the same time.

Okay. If this is how I'm going to die, maybe it's not so bad after all. Maybe -