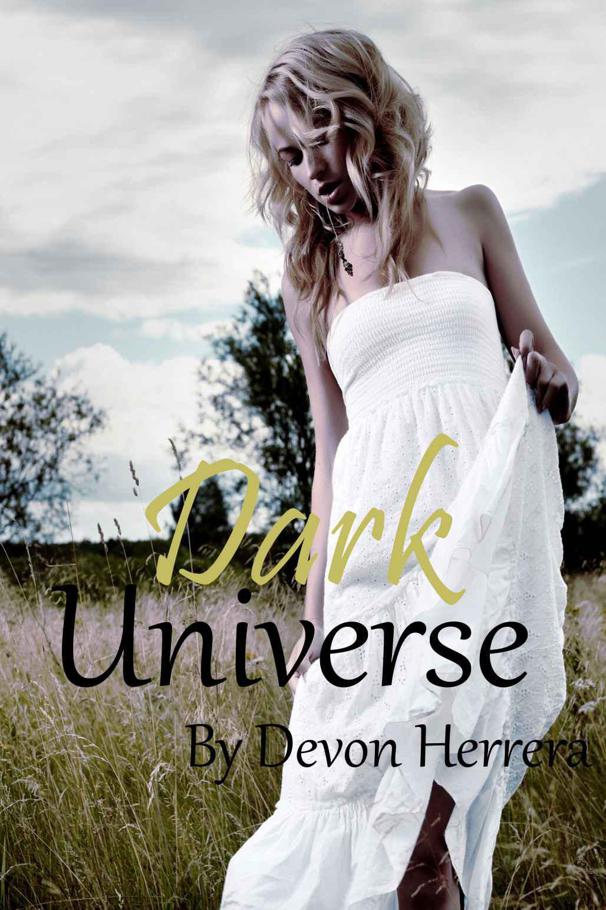 Without limiting the rights under copyright reserved above, no part of this publication may be reproduced, stored in or introduced into a retrieval system, or transmitted, in any form, or by any means (electronic, mechanical, photocopying, recording, or otherwise) without prior written permission of the above author of this book.

This is a work of fiction-.  Names, characters, places, brands, media and incidents are either product of the author’s imagination or are used fictitiously.  The author acknowledges the trademarked status and trademark owners of various products referenced in this work of fiction, which have been used without permission.  The publication/use of these trademarks is not authorized, associated with, or sponsored by the trademark owners.

For Mom and Dad,

The best parents a girl could ever ask for.

Prologue-
The Apple and the Tree

Chapter 4-
A game of Basketball

Chapter 18-
Truth will Out

Epilogue-
The Gift of Life

“Hit the volume on your way by, Son.”  My father is sitting in his “throne” with a presumably half empty Coors can in his right hand.  The brown leather recliner is bowed in the middle from supporting his large frame over the years.  The surface is stained with liquor and chewing tobacco
,
and bruised from being pounded by his fist whenever the Cowboys make a bad play.  That chair is the only predictable thing about Emerson.  You can always count on finding him in his chair, drinking a beer and watching sports.  Any sport on TV will do.  Everything else is inferior
,
and not worthy of his attention.  I swear one day I saw him watching women’s volleyball.  The only exception to this rule is golf.  “Only yuppies find watching grown men play fetch with themselves entertainin’, Son.”

I thumb the button to turn the volume up as I continue on into the bathroom to wash the dirt and horse shit off my hands.  The water turns a faint rusty red from all the fresh blisters.  It stings like a mother fucker, but I smile remembering how I got them.  Ruger is one hell of a firecracker.  That young mare is going to be the best horse Wyoming has ever seen when I’m through with her.  That day can’t come soon enough for me.  I’ve dreamt of one thing my entire life.  The Rodeo.

I cup my hands to capture some of the water to splash on my face.
Fan-fucking-tastic.
The cold water cools my sweat covered brow
,
and clears the dust out of my eyes.  I run the hand towel down my face, peel the lids back from my eyes and stare at my reflection.  It’s my father’s face, just younger.  I have a picture in my room of him when he was just three years older than me.  He’s perched on his horse, smiling for the camera before he gets ready to ride into the arena.  You can’t even tell the difference between us in that picture.   A lot of things have changed since then.  He doesn’t smile anymore.

“WHO THE HELL DO YOU THINK YOU ARE?!”  My dad’s voice booms throughout the entire trailer; hell, the entire park probably heard him.  I’ve heard that tone enough times to know that the shit is about to hit the fan.  I shove open the door and hear the knob go through the wall behind it.  I don’t care.  I’ll patch it up later.  I walk over to my father who is standing over my mother.  I walk
,
because if I rush over there like I want to, I could spook him.  Dealing with Emerson in this mood is like approaching an angry rattle snake.  If you make any sudden movements, you will get bitten.

“Drake, your momma seems to think she can just go runnin’ her mouth whenever the mood strikes her.”  His eyes are still locked on his shaking wisp of a wife as he speaks to me.  “Haven’t you ever heard not to bite the hand that feeds ya, Lil?”

“I didn’t mean anything by it, Emerson.  I just said we were out of beer and…”

“And I told you to take that pretty little ass down to the store and get some more.”  My father cuts my mother off mid sentence.  Her eyes flare a little and it reminds me that although my mother is obviously afraid of her husband, she hasn’t fully become the meek and obedient housewife my father expects her to be.

“And I told you, we don’t have the money to spend on another case.  We barely made rent as it is, Em.”

“Excuses!  What have I told you about your God damn excuses, Delilah?  I gave up my life because you refused to get an abortion.  I put a roof over your head and take care of you and your son, and all I ask is for some God damn respect!”  My mother is so used to this speech she almost looks bored.

I know how she feels, because after fifteen years, I’m also totally numb to my father’s disappointment in his life and his family.  When I was a boy who idolized his father, I would run to my room and lock the door so he wouldn’t see me crying.  I don’t cry anymore, I haven’t for years.  Thomas’ don’t cry; that’s for little girls and pussies.  They do get angry however, and right now I’m angry for my mother.  Why she puts up with him is beyond me.  It’s not for the sake of her son that’s for sure, and I can’t bring myself to think it’s out of love.  My father killed my mother’s love for him with his resentment a long time ago.

“You should be ashamed of yourself, Emerson Thomas.  Your son is standing right there.”  My mother puts her fists on her hips and glares at my father.   Her defiant stance only enrages him further.

“Drake is a grown ass man; he knows exactly what goes on in this house, Lil.  It’s time you stopped babying him.  Now you better get movin’ before I get really pissed.”

“That boy has never been babied one day in any of his miserable fifteen years, Em.”

I wish they would leave me out of this.  When my father directs his anger on someone, it doesn’t divert from its original target no matter what.   As much as I love her for it, I don’t need her to defend me
;
I can do that all on my own if I feel the need.

“Quit your bitchin’ and get movin’, Lil.  I won’t tell you again.”  My father waves his hand dismissively and starts to turn away, but my mother’s eyes light up with a bit of that old fire.  I can see the defiance and anger take root in her posture and the words are out of her mouth before I can do anything to stop her from speaking.

“What about, there is no money, don’t you understand?  Do I need to spell it out for you?”  As though I have the ability to see into the future, the next five seconds play out in my head before it happens, but I’m too slow to act.  My father’s hand swings up and across his body to slam knuckle side up into my mother’s cheek.  My mother’s fragile body bows backwards with the force of the blow and her head hits the counter top before she crashes to the floor.

The sight of the only person who gives a damn about me sprawled motionless on the floor is like throwing a flame on gasoline.  I erupt.  As if there is no heart or brain in my body, as if I’m a machine with no other purpose, I attack.   I don’t feel, I don’t see, I don’t hear, I don’t think.  I act.  I don’t feel my hands grip my father and throw him to the ground.  I don’t see my fists connecting with his face in a fury.  I don’t hear his grunts of pain.  I don’t think about stopping.  Nothing registers until I’m seized from behind and forced into a headlock by strong uniformed arms.  I fight against my restraints for as long and as hard as I’m able to, until a soothing voice breaks through my concentration.

“It’s alright, Son, he’s down.  Stop fighting us, we’re here to help.”  The red haze clears a bit, and I look up into the familiar blue eyes of one the officers.  I recognize him as one of the officers who responded to the last call from a worried neighbor.   Although I can’t remember his name, I do remember his concern, and how he seemed almost reluctant to leave despite my mother’s insistence.  I glance down to the name tape on his chest and see the name “Wheeler” etched on the black rectangle.  He stares into my eyes for a moment, and nods his head, coaxing me to relax.  When I finally stop struggling, I look down at the two motionless forms now side by side on the floor.

There is a pool of blood next to my mom’s head, and my father is unrecognizable.    The policeman that’s not holding me puts his fingers to my mother’s pulse, and someone screams.  I can’t hear what he is saying to the one holding me, because the screaming is so loud.  I hear a groan from my father, and that’s when I realize the screaming is coming from me.  I lunge for him again, and the officer barely manages to pull me away and handcuff me to the leg of the coffee table.  EMT’s finally rush into the house, and I wait with bated breath.

Emerson is cuffed and taken out to the ambulance on a stretcher as the medics work to stabilize my mother.  I hope they lock him away for good this time.  Just as that thought crosses my mind, another more disturbing one follows in its wake.  The fact he’s walking out of here at all doesn’t relieve or calm me.  I wanted him dead.  I wanted him out of this world and out of our lives for good.  I hate him for what he’s done to me and my mother, and even though my rage has tempered, that feeling refuses to recede.

I close my eyes in attempt to block out the knowledge that stems from those unforgiving thoughts, but the truth refuses to be ignored.  They can lock him away on the other side of the planet, but it will do no good.  With his blood flowing through my veins, he’s free to hurt anyone who gets too close.

After all, I am my father’s son.

“Talk low, talk slow, and don’t talk too much.”

“Lola’s Whore House.  We lay ‘em, you pay ‘em.”  My mother sighs a little bit, and I know she is rolling her eyes at me.

“Lola Scarlet Chase.  Would it kill you to act like an adult every now and then?”  I knew she would say that.

The Mysterious Governess (Daughters of Sin Book 3) by Beverley Oakley
Ride with Me by Ryan Michele, Chelsea Camaron
Murder.com by Haughton Murphy
Pitbull: He plays hard on the field...He plays harder off it. by Silvetti, Sam
Bridal Reconnaissance by Lisa Childs
The Princess and the Hound by Mette Ivie Harrison
The Fall of Society (Book 2): The Fight of Society by Rand, Thonas
The Stone Man - A Science Fiction Thriller by Smitherd, Luke
The Passion of Mademoiselle S. by Jean-Yves Berthault
MasterofSilk by Gia Dawn
Our partner