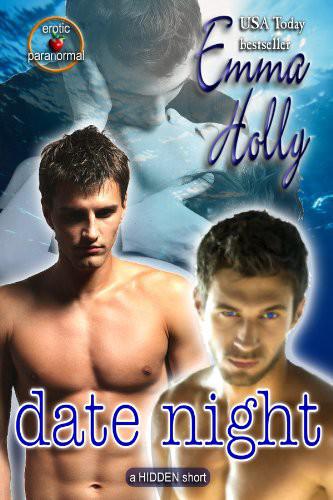 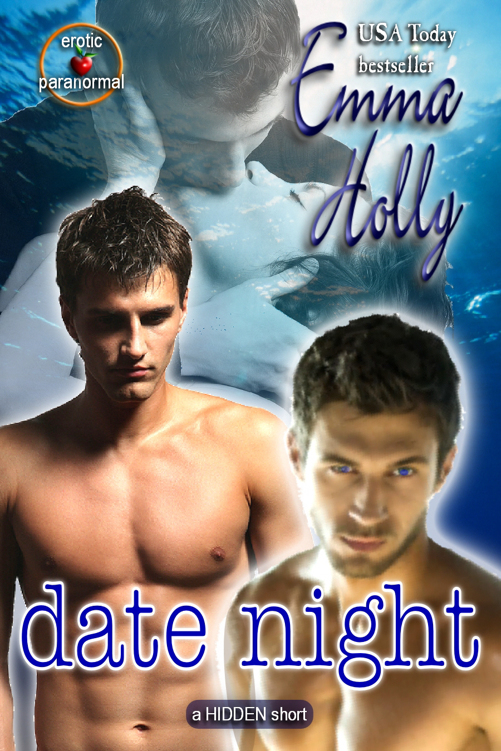 Copyright 2011 Emma Holly. All rights reserved. With the exception of quotes used in reviews, this book may not be reproduced or used in whole or in part by any means existing without written permission of the author.

This ebook is licensed for your personal enjoyment only. This ebook may not be re-sold or given away to other people. If you would like to share this book with another person, please purchase an additional copy for each recipient. If you’re reading this book and did not purchase it, or it was not purchased for your use only, then please return to the vendor and purchase your own copy. Thank you for respecting the hard work of this author.

This story is a work of fiction and should be treated as such. It includes sexually explicit content which is only appropriate for adults - and not every adult at that.

Those who are offended by more adventurous depictions of sexuality or frank language possibly shouldn’t read it. Literary license has been taken in this book. It is not intended to be a sexual manual. Any resemblance to actual places, events, or persons living or dead is either fictitious or coincidental. That said, the author hopes you enjoy this tale!

This
10,000+ word short story
includes mf, mm and mmf interactions. An excerpt from another story follows.

OLIVIA
Forster never dreamed she’d serve as queen of an enchanted city beneath the sea - something her three sexy husbands know. Though she adores her shapeshifter mates, she’s shy by nature, and they can tell the strain of always being “on” is beginning to wear on her. Sneaking away from their responsibilities won’t be easy, but come hell or high water, they’ll treat her to a night she won’t soon forget!

“I don’t know how Emma Holly does it but I hope she keeps on doing it ... a smoking HOT read and a great story.” -
In My Humble Opinion
(inmho-read.blogspot.com)

The Prince With No Heart

It wasn’t her enemy, of course. It was simply a dress: a very nice, very expensive dress draped on a fancy padded hanger. Thanks to the royal tailors, it fit her like a dream. Even if she hadn’t lost her baby weight from the triplets, those geniuses with the needle would have made sure it flattered her. The spacious walk-in closet in which she stood in her underwear also held no dangers - unless you were terrified of silk-wool carpet and custom-fitted drawers. Because she shared the space with her three husbands, the closet was bigger than her bedroom back when she lived in Long Island. The size wasn’t an indulgence. Her husbands had as many formal outfits as she did.

They also liked wearing them better.

As if to prove it, her most royal husband, aka His Majesty King Anso the First, stepped into the room with her.

“That gown isn’t going to put itself on,” he teased.

Minus the jacket, he was already in his tuxedo: a tall, broad-shouldered, glorious hunk of a shapeshifter. Because he knew how she was about dressing up, his beautiful sapphire eyes twinkled.

“It’s floor length,” she said. “And the bodice is corset style.”

“That explains why you don’t like it, not why I should disapprove.”

“Ha ha,” she said, unable to keep a hint of glumness from her tone.

“It goes with your eyes,” he cajoled, which was a joke among the four of them.

A year and a half ago, Olivia and her first husband James had become Anso and his fellow wereseal Ty’s bloodmates. What had started out as a heat-driven abduction on a deserted beach had become an extraordinarily deep relationship.

Consummating a blood bond was the highest form of marriage for Oceanans, combining the concept of soulmates with genetic compatibility. Though the four-way mating hadn’t turned Olivia or James into wereseals, they had experienced changes. They could breathe underwater and were stronger and healthier. Their life expectancy was as long as any shapeshifter’s. Their libidos were heightened, so it was handy that there were four of them. Olivia and James gained a smidge more intuition than they’d had as humans, making them feel more at home among Oceana’s semi-to-very magical citizens. Olivia’s triplets each had a different father, which would have been a trick to pull off if she’d still been a mundane.

The primary sign that these things might happen had been a change in their eye color. Her and James’s irises were now the same drowning blue as Anso’s, with a touch of Ty’s bright yellow ringing their pupils. Olivia loved this evidence that they all were linked. The four of them finding each other had been the luckiest day of their lives.

The only drawback - to Olivia’s mind anyway - was that Anso was royalty.

Don’t be a grump
, she ordered her reflection.
Your life is amazing, and it’s
only a damn dinner
. The third damn state dinner in a week. Her babies were going to forget her name.

Her babies would have set up a wail at the way she frowned in the full-length mirror.

“Let me help,” Anso said soothingly. He slipped the gorgeous gown off its fancy hanger and shook it out for her to step into.

Stifling a sigh, Olivia braced on his shoulder and did as he invited. If this had been the old days, when it was just her and James, she’d have warned her husband that if he “helped,” they’d never get where they were going. Sadly - though not for Oceana - Anso was an actual ruling king, with actual ruling duties. He shared responsibility for their city-nation with a council and legislature, but he rarely blew off anything. Olivia admired that. She simply wished he’d take two seconds to ogle her in her lacy push-up bra and thong.

We’re not in heat
, she reminded herself.
You can’t expect him to always be
flattering you
.

“Suck in,” he said, beginning to do up the laces at the back of the Victorian-style corset bodice. Zippers were considered outre for aristocrats, but Olivia sure missed them. To be fair, having three men to do her up was a pretty good compensation. One of them was bound to notice how nice she looked.

“There,” Anso said, wrapping his arms around her waist from behind. He

smiled at their joined reflections in the long mirror: a tall honey-haired Viking hugging a petite redhead. “You might be miserable, sweetheart, but you’ll outshine every woman in the room.”

Olivia pulled a little face, which of course he spotted.

“Not your ambition?” he joshed.

She turned in his hold, her arms naturally twining behind his strong warm neck. “First,” she said like the accountant she’d always be. “I’m only interested in three people’s opinions. Second, I couldn’t be miserable if even one of my mates was there.”

“Uncomfortable then,” he said sympathetically.

“I’ll put my heart into it,” she promised. “I know tonight is important to Ty.”

Important
was an understatement. Tonight’s guest of honor was the King of Tantallon, a sister underwater city hidden off the coast of Scotland. Ty’s social-climbing mother was considering moving there. Since she and her alcoholic husband had brought a great deal of real misery into Ty’s life, good relations were to be encouraged.

None of them liked seeing the dark cloud ten minutes with his parents could cast over Ty. When he was with them, part of him forgot he was Anso’s respected co-ruler, beloved by his mates and their citizens. When he was with the people who’d brought him up, the unhappy, unloved boy he’d been tried to rise up again.

The blackness always passed. Ty had too much self respect to allow it to linger long. Still, to have spared him it for good, Olivia would have made polite chitchat with any number of foreign VIPs.

beforehand, but you’ve never let us down.”

He was nice to say so. She knew there’d been a time or two when his job

would have been easier if she’d had more social skills.

“I
mean
it, Liv,” he said, having learned to read her face. “People love you just as you are. No one - least of all me - needs you to be a social genius. You being real is what people respond to.”

She looked into his eyes and her own teared up. How was it that three men could become this dear to her? “I love you,” she whispered.

He kissed her and held her close. “Love you too,” he said in return.

They’d just pushed back from each other when Ty walked in. Anso’s best

friend and long-time male lover had much the same athletic height and build as the king. His hair was fairer, his golden skin bearing the faintest pattern of leopard spots. He’d always be more of a bad boy than Anso, but he’d certainly settled.

Since committing to their foursome, Olivia didn’t think he’d looked at another man or woman lustfully.

His yellow eyes gleamed with were-light as he took in the pair of them in.

shoulder. Olivia smoothed his pleated dress shirt down his chest. “You look rather incendiary yourself.”

Olivia the same expression. “Do you know where I stashed my Donald Duck

cufflinks? The ones James gave me for Christmas.”

“You’re wearing those?” Olivia asked. “I thought the King of Tantallon was a stick in the mud.”

“He won’t notice, and if he does, he’ll think I like waterfowl.” Ty kissed her mouth to silence her protest, at which point her first husband James strolled in.

Leaner than the two wereseals, James was the epitome of dark and handsome. He was nearly but not quite as tall as the others. With his arrival, the big dressing room actually seemed crowded.

“There’s three of you,” she exclaimed in exasperation. “Why do you always ask me where you leave things? You could keep track for each other.”

James flashed the crinkly-eyed boyish smile that made her fall in love with him in college. “We like it better when you keep track of us.”

Olivia glowered, which inspired Ty to declare: “Group Liv kiss!” As a result, three large males attacked her face with their lips. They didn’t stop until she was giggling.

“Fine,” she said. “Ty, your cufflinks are in the bottom drawer of my jewelry chest. James, your keys are probably in your gray jacket.”

Ah-ha
’s came from the men as they found the desired items.

“That’s why they ask you,” Anso said quietly. “Because you always know.”

Olivia suspected James’s interpretation was closer to the truth. Ty and James liked the caring implied by her keeping track of them. Anso enjoyed her caring about him too. He simply kept track of himself. She touched his cheek with the flat of her palm. “If you lost things, Your Majesty, I’d help you find them.”

A soft blue glow kindled in his eyes. “Keep looking at me like that, and I’ll
misplace
something between your thighs.”

“Babysitters are here, by the way,” James broke into the moment. “Plus Nico and Mark from the guards. Harrison’s overseeing the whole shebang.”

Harrison was Anso’s starched but wonderful butler. Olivia had once surprised him giving her children horsey rides in the blue salon, down on his hands and knees in his crisp penguin suit. Olivia hadn’t mentioned the astonishing occurrence to anyone, a discretion the butler seemed to appreciate.