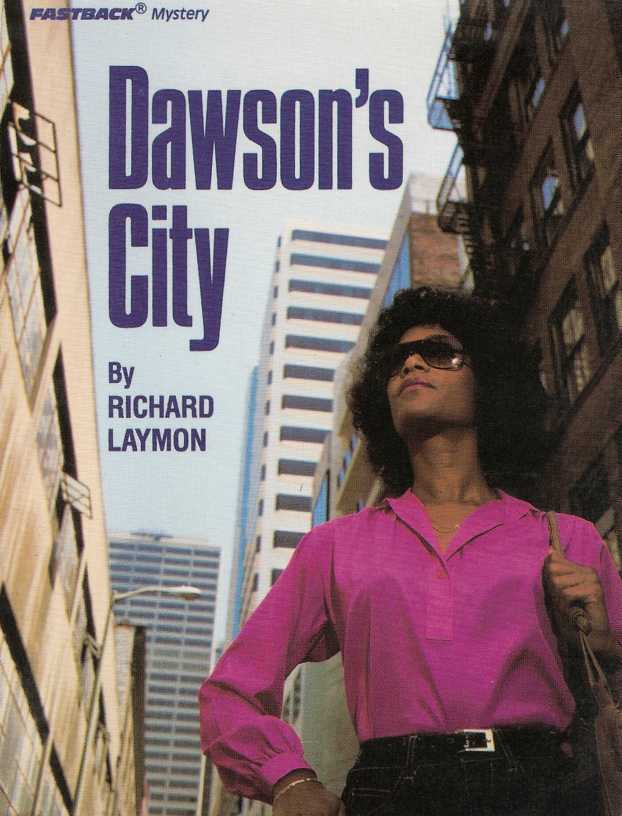 Copyright © 1984 by Pearson Education, Inc., publishing as Globe Fearon®, an imprint of Pearson Learning Group, 299 Jefferson Road, Parsippany, NJ 07054. All rights reserved. No part of this book may be reproduced or transmitted in any form or by any means, electronic, or mechanical, including photocopying, recording, or by any information storage and retrieval system, without permission in writing from the publisher. For information regarding permission(s), write to Rights and Permissions Department.

T
ony Matheson spotted the woman. She was pushing through the crowd on the subway platform, trying to reach the train. But the doors hissed shut before she could make it. The train started to move.

Smiling, Tony waved at her through a window. She looked as if she were crying.

"Tough luck," he muttered, and sat down.

The subway train hurried along, carrying him through the dark, dirty tunnels. Tony kept his jacket shut tight and waited for the lights of the next station to pop into view. Moments later, Tony saw the station's white columns and white walls covered with red and blue spray-painted words.

The train came to a stop, and the doors slid open. The tired, unhappy people streamed in. With a smile on his face, Tony made his way out through the crowd. He walked across the busy platform with a bounce in his step.

At the far end of the platform, Tony shut himself inside a telephone booth and made sure no one was watching. Then he opened his jacket and took the woman's purse out.

He undid the catch and opened the purse up to see what was inside. Not much. There were only six dollars in the wallet. He saw a few credit cards, but he knew he could get himself in trouble trying to use stolen credit cards, so he didn't take them. Shoving the money into his pocket, he let the purse and wallet fall to the floor of the booth.

He flicked open the phone's coin return. Nothing there.

T
ony stepped out of the booth quickly and left the station. The stairs took him up to the street.

It was a nice spring day. The sidewalks were filled with people. A lot of them looked like bums, but he saw plenty who were well dressed---and nearly every woman had a purse or bag of some kind. The careful women kept their bags tucked tightly under an arm. Quite a few, however, weren't so careful. They carried their purses by the straps. And hanging purses made easy targets.

Tony whistled as he walked. He felt very good. He had made only six dollars from the last grab, but he still felt the thrill of getting away with it. And his heart pounded with excitement because the sidewalk was full of women and purses.

Any time now. Any time.

Just pick one, grab, and run.

He watched a couple of old women coming slowly toward him. They had trouble walking and were holding each other by the arm. The purse of the closer one was swinging at her side. It would be simple.

Tony wondered if he should try for it.

Maybe not. Old women usually were weak, but they had a way of going wild when you snatched their purses. Then, more often than not, you got nothing but a buck or two for your trouble.

He might do better to pick a young, nicely dressed woman.

T
he woman stood on a corner, half a block ahead of Tony. She was frowning and turning her head as if she were trying to find someone. She was young, maybe 25, and very beautiful. She wore gray pants and a pink blouse that looked as if they had cost plenty. She held her purse by its strap.

As Tony walked closer, he saw a man climb out of a white van parked at the curb. The man spoke a few words to the woman. She nodded, and he went back to the van. Then the woman turned and walked away from the van. She came up the sidewalk, moving at a quick pace toward Tony.

He wiped his sweaty hands on his jeans.

But wait just a second---suddenly Tony realized that the woman looked familiar. He tried to think where he had seen her before. Was she someone who might recognize him? No, probably not. That was one thing he had learned---almost every stranger reminded him of other people.

It was nothing to worry about.

He stared at her face as she came closer. Her brown eyes met his gaze and looked away.

Great! That decides it. She doesn't know me.

In one quick move, he shot out his hand, grabbed her purse, and jerked it away.

She reached for him and missed.

Tony dashed up the sidewalk, knocking his way through the startled crowd.

She was racing after him, her black hair blowing, an angry look on her beautiful face.

T
ony pushed an old man out of the way. The guy bounced off a store wall and fell to the sidewalk. That gave Tony an extra lead on the woman because she stopped to help him up.

Tony ran around the corner. The sidewalk wasn't nearly as crowded as the other sidewalk had been, and he picked up speed. He was almost flying! But then he looked over his shoulder and groaned. The woman was coming after him like a sprinter, her head down, her arms pumping, her long legs speeding her along.

Forget it, sister,
his mind yelled.
You can't catch me. Make it easy on yourself.

But she was gaining on him!

He told himself that she would tire out and give up before long. He could outrun anyone. Nobody had ever caught him---at least not this way. He had been caught four times in the past, but never by his victims. Three times some jokers had got him from the front. They were guys who saw him running and knew he was up to no good. One had decked him with a punch. One had jumped out of a doorway and nailed him with a body block. One, an old guy, had tripped him with a cane. The fourth fall had come when he was chased by a police car.
Nobody
can run faster than a car.

But he was sure he could outrun this woman. Yet when he glanced back, she was even closer!

Tony reached the end of the block. The traffic light was against him, but he sprang off the curb and rushed into the street. The brakes of a large black car screamed. The car skidded and came to a stop just inches from his legs. He raced past it. A taxi horn sounded. He knew the taxi wouldn't stop. He leaped backwards just in time, yelling at the driver as the cab shot by. Then he charged in front of a bus and reached the other side of the street.

He ran with all his strength. Halfway up the block, he looked back. What he saw surprised him. The woman was still coming. The busy street had slowed her down a little. But now she was racing after him. And she was closing the distance fast.

F
or the first time, Tony felt a stab of fear. What if she
could
catch him?

Then she'd better watch out!

Tony had been busted four times. He had been in jail, and he wouldn't let anyone send him back there. If he had to get rough, he would. In the pocket of his jeans he felt the switchblade knife. He knew he might have to use it.

Again he looked over his shoulder. The woman was still chasing him.

What is she, a marathon runner?

Tony suddenly hurled himself into the opening of an alley. After the sunlit sidewalk, the dark alley seemed black as night. He raced quickly up the narrow side street. About halfway up the alley a dozen big, shoulder-high garbage bins gave him an idea.

He went for the second garbage bin.

Its lid was open. He tossed the woman's purse inside, then grabbed the metal rim, pulled himself up, and climbed in. Standing on the junk inside, he took a quick look back at the bright opening of the alley. The woman was still out of sight.

He ducked low and prepared to hide until it was safe to make his getaway. The garbage smelled awful. He tried to hold his breath but couldn't stop gasping. He thought he might be sick. But then suddenly he heard the quick slap of shoes on the alley. The sounds grew louder. He heard the woman's hard breathing as she ran by. Then the sounds faded.

Tony grinned. The trick had worked.

She was heading away.

As much as he wanted to leave the garbage bin, he decided to wait a few minutes more. He knew he had to give the woman time to leave the area. And he needed time to catch his breath, too. Tony looked down at the purse. Might as well find out how much he'd made off this woman. The way she had chased him, it must be plenty.

He flipped the latch of the leather purse, reached inside, and pulled out the wallet. When he opened it, the wallet nearly fell from his shaky fingers as he stared at the bright gold shield.

The Night Crossing by Karen Ackerman
The Right Temptation by Escalera, Diane
Being There by Jerzy Kosinski
Longing for Love by Marie Force
Around the World in 80 Men Boxed Set 31-35 by Rebecca Ratliff
The Dead Caller from Chicago by Jack Fredrickson
Pernicious by Henderson, James, Rains, Larry
The Cornerstone by Anne C. Petty
Solomon's Vineyard by Jonathan Latimer
Heroes are My Weakness by Susan Elizabeth Phillips
Our partner