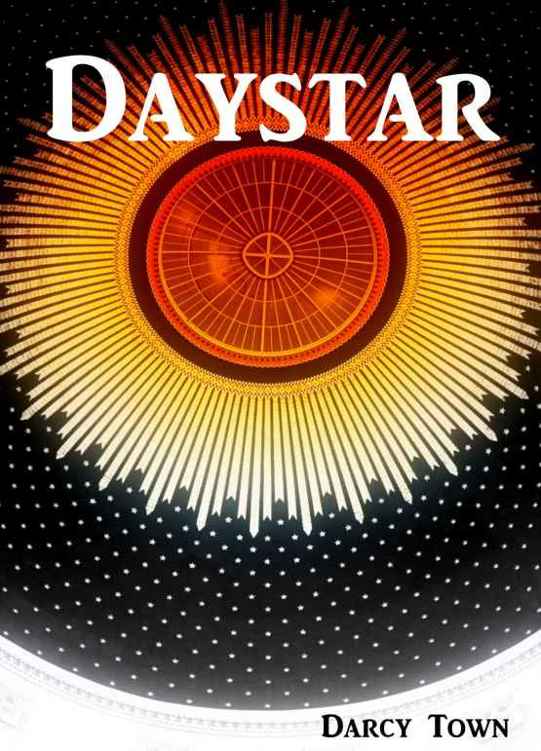 Book 3 of the Morningstar Trilogy

This book contains material protected under International and Federal Copyright Laws and Treaties.

Any unauthorized reprint or use of this material is prohibited.

No part of this book may be reproduced or transmitted in any form or by any means, electronic or mechanical, including photocopying, recording, or by any information storage and retrieval system without express written permission from the author.

Thank you to all of my readers!

I love hearing from you!

Please let me know what you thought over at my blog or Facebook page:

Note: In this book, I tool around with physics, chemistry, material, universal, sciency stuffs…so right, wrong, or stupid…doesn’t matter.

And to perv up the mix – unless otherwise stated, the angels are totally nude.

Night had fallen and clouds covered the sky.

Cold and murky water rushed across farmlands and forests.

Human bodies floated to the surface of the forming sea.

Clouds broke into a tempest of thunder and lightning.

Rain battered the land that was yet untouched by the raging flood.

The fallen angels Andrealphus and Belial flew over the growing sea, their flight aided by Lilliam sylphs.

They met with Berith.

He hung over the turbulent water; his massive body strained the sylphs that held him up.

They watched the ocean together and observed what rode the waves.

Paimon leaned over the side of a tiny boat and adjusted the small sail.

He skimmed over the waves, bouncing with the rise and fall of the sea.

His bright red hair was the only streak of color on the dark water.

A bolt of green lightning illuminated the sky.

The black water reflected the trio of Fallen.

He shot them a wild-eyed smile and waved.

Why are you here?”

Andrealphus folded his arms across his lanky frame.

“What is the point of this?”

Furcas dropped from the clouds.

He was wreathed in electricity and wind.

He twisted in the air, lithe and flexible.

He flashed a boyish grin at the three, flipped, and landed in Paimon’s boat.

“It was this or another of our cities.”

A glowing form burned beneath the surface of the water.

Paimon raced to the front of the boat as he tracked the swimmer.

“This will keep him occupied for awhile.

A long while at the rate the water is rising, so many things to search!”

“It is your turn to watch him and you decide to allow him to flood a continent!”

Paimon and Furcas looked at each other like children who had been caught doing something naughty.

Furcas shot wind into their sail and the craft raced away from the others.

Paimon lit a pipe and blew smoke back at the trio.

His voice carried over the wind, “You’re no fun!”

Berith’s low voice rumbled like thunder, “The Lilliam were warned at least.

None were caught in this.

It only hurts the humans.”

Andrealphus gazed into the water.

“Who is going down there to get him?”

Furcas flew over and rolled as electricity spread out from his body.

“He enjoys doing what he’s doing.”

Belial pointed a bladed finger at Lucifer as he swam through flooded towns.

She is not the ground.

She is not in the deserts, or the cities, or the sacrificial idols!

She is not here, not on this
planet!
”

The force of her voice parted the waves.

Lucifer fell to the soggy ground.

He was brilliantly bright and covered in blue flames.

He looked from side to side, confused.

Fish flopped all around him.

He shook out his dark brown hair and blinked water out of his eyes.

He spoke to himself, “Ladriam loves the water.

She will be here.

She always loved to swim.”

The Fallen bent against the sound.

He closed his eyes.

“No, Ladriam loves the water.

She will be here!

She is just hiding, playing a game.

He nodded and called to the sea, “Ladriam!”

He dove into the wall of water and swam deeper.

Belial pulled at her blonde hair as the water reformed over his head.

“I am sick of his insanity.

He needs to focus on his restoration not this
useless
search!”

“He will return to himself in time.

“And then he will try and kill himself again.”

“The collateral damage he wreaks upon his children is enough of a reason to stay his hand.”

He sighed and looked to Belial and Andrealphus.

“But they are right; a part of him enjoys the search.

Let him swim, it is the only hope he expresses and some hope is better than no hope.”

The five of them stared into the dark waters; the land beneath the waves illuminated only by the ever-burning body of Lucifer Morningstar as he searched for his love among the dead and drowned.

Silence reigned on a frozen plain in the midst of Greenland.

The snow on the ground was solid and packed down.

There was barely a breeze on the air.

The stars and moon bathed the surface in white light.

It would have been beautiful if not for the surface destruction.

An impact crater was evidence of the first wave of angelic attacks on the planet; thick maroon liquid filled the pit and it would not freeze or harden.

The second blot on the ice was a rent in the earth, a hole that originated from the depths of the City.

An army poured out of the tunnel and onto the plain.

Lucifer and Dahlia stood at the head of the Lilliam soldiers.

They stared into the sky.

Legions of angels pierced the shield around the planet.

They descended as a spiral of white light and heavenly voices.

He pulled her in for a kiss, pouring his feelings of love and protection through their empathic link.

The air around them crackled with energy.

The ice at their feet melted and turned to moss.

Dahlia gazed into his eyes.

He stepped aside and took a practice swing with his baseball bat.

Dahlia rested her dual-bladed scythe against the packed ice.

She stretched, letting her honey-colored braid fall to the side.

She wore light armor to cover her small frame from immediate harm.

She looked at the Fallen and Lilliam City Guard that waited behind them.

“There are so many angels, so few of us.”

Berith laughed and unsheathed two of his swords.

“Thinking big got us lost the last time.”

“The machine is beyond the veil.”

Dahlia looked up, her red eyes flashed in the moonlight.

“As we thought, they will not bring it within our reach.”

Paimon pulled his goggles over his green eyes and fired up his jet pack.

Paimon squeezed his controls, blasting him a few feet from the ground.

Paimon ducked, rolled his eyes, and shot up into the air.

He jumped into the air after him and flew without aid.

Wails made the ground force look away from the angels.

They wheeled and faced a new threat on the ice.

The humans twitched and stumbled, nothing more now than mindless drones under angelic control.

They carried makeshift weapons and eyed the City Guard with a hunger for blood.

“Looks like the angels got themselves some human pawns.”

Princess Appleadris raised her battle horn to rally her troops.

Berith shook his head at his fiancée and pointed.

Wraiths and vampires reached the surface, the last of the Lilliam volunteer army.

They made up the end of the undead contingent that trailed Persephone, Aita, and Thanatos.

The vampires smelled humans on the night air.

They pulled back graying lips and gums to expose jagged bones that passed for fangs.

The group drifted towards the humans.

The undead were hungry.

“The humans will not be a threat.”

We do not need a fight on multiple fronts.”

The angels reached them.

Seven Archangels ruled under God in Heaven above.

Six descended to the earth.

Angels blanketed the layers of air and space.

Barachiel flew in the thermosphere, his mace drawn and ready.

He surrounded himself with guardian angels, blank-faced boyish creatures that he linked to him through thought and feeling.

Their eyes focused downwards, waiting for the fight to come to them.

Selaphiel and Jegudiel plummeted and broke their dive to circle in the mesosphere and stratosphere; their steep swerving courses took them between the two.

The brothers stayed together, eldest flying higher in the sky to keep watch on his brother.

The wailers circled with them, they were the heavenly choir, their voices altered from hymns to weapons.

Archangel Raphael had no set height or course, his only purpose in the battle was to heal.

He flew between all groups, alone and unmonitored.

Uriel led his elite armored angels to the surface.

His were the shockers and breathers, those that attacked with electricity and fire.

Beamers flew above his squad.

They gathered light in their wings, ready to shoot it in searing rays at the Lilliam below.

He gripped his white spear and grinned.

He had eyes only for Lucifer and Dahlia.

He ignored all else, leaving the Fallen Archangels and Lilliam for the others.

He leveled his spear and raced for the pair on the ground.

Only Gabriel, with his weapon, remained beyond the Fallen’s shield.

He hovered in space and concentrated on his calculations and numbers.

His blasts of red energy tore through the shield, but stopped short of the ground, held back high in the atmosphere by the magical resistance of the Lilliam below.

Dahlia broke from the City Guard.

She sprinted for the crater Gabriel’s weapon had made on its initial attacks.

Lucifer let her take the lead and followed behind.

He kept his eyes on the sky above.

Though he desired to be at her side, fighting along with her, he knew that he could protect her better this way.

He stayed back, letting her draw the angels in.

Belial, Andrealphus, and Berith split and ran from the tunnel, dividing the City Guard among them.

Theirs was a dual purpose.

They were to draw angels away from Dahlia and Lucifer, and Paimon and Furcas, giving both pairs a chance to see their plans through.

They also protected the tunnel into the earth, the place where the Lilliam medics waited to take the wounded and dead into the safety of the underground passages.