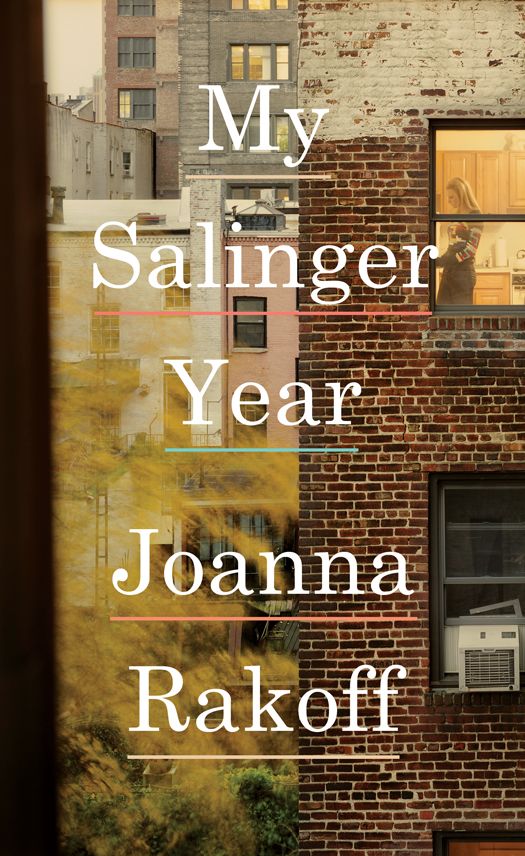 All rights reserved. Published in the United States by Alfred A. Knopf, a division of Random House LLC, New York, and in Canada by Random House of Canada Limited, Toronto, Penguin Random House companies.

with whom this story begins and ends

“It was a day, God knows, not only of rampant signs and symbols but of wildly extensive communication via the written word.”

Abigail Thomas describes memoir as “the truth as best she can tell it,” and this book is, indeed, the truth, told as best I could. In writing it, I interviewed people I knew during the period chronicled and consulted my own writings from the time and the years shortly thereafter.

To maintain narrative flow, I’ve fiddled with the chronology of a few events, and I’ve changed the names—and identifying traits—of most, though not all, of the people.

Those minor adjustments aside, this is the actual story of my Salinger year.

There were hundreds of us, thousands of us, carefully dressing in the gray morning light of Brooklyn, Queens, the Lower East Side, leaving our apartments weighed down by tote bags heavy with manuscripts, which we read as we stood in line at the Polish bakery, the Greek deli, the corner diner, waiting to order our coffee, light and sweet, and our Danish, to take on the train, where we would hope for a seat so that we might read more before we arrived at our offices in midtown, Soho, Union Square. We were girls, of course, all of us girls, emerging from the 6 train at Fifty-First Street and walking past the Waldorf-Astoria, the Seagram Building on Park, all of us clad in variations on a theme—the neat skirt and sweater, redolent of Sylvia Plath at Smith—each element purchased by parents in some comfortable suburb, for our salaries were so low we could barely afford our rent, much less lunch in the vicinities of our offices or dinners out, even in the cheap neighborhoods we’d populated, sharing floor-throughs with other girls like us, assistants at other agencies or houses or the occasional literary nonprofit. All day we sat, our legs
crossed at the knee, on our swivel chairs, answering the call of our bosses, ushering in writers with the correct mixture of enthusiasm and remove, never belying the fact that we got into this business not because we wanted to fetch glasses of water for visiting writers but because we wanted to be writers ourselves, and this seemed the most socially acceptable way to go about doing so, though it was already becoming clear that this was not at all the way to go about doing so. Years ago, as some of our parents pointed out—as my own parents endlessly pointed out—we would have been called secretaries. And as with the girls in the secretarial pool, back in our parents’ day, very few of us would be promoted, very few of us would, as they say,
make it
. We whispered about the lucky ones, the ones with bosses who allowed them to take on books or clients, who mentored them, or the ones who showed massive, rule-breaking initiative, wondering if, somehow, that would be us, if we wanted it badly enough to wait out the years of low pay, the years of answering a boss’s beck and call, or if what we wanted, still, was to be on the other side of it all, to be the writer knocking confidently on our boss’s door.

We all have to start somewhere. For me, that somewhere was a dark room, lined from floor to ceiling with books, rows and rows of books sorted by author, books from every conceivable era of the twentieth century, their covers bearing the design hallmarks of the moments in which they’d been released into the world—the whimsical line drawings of the 1920s, the dour mustards and maroons of the late 1950s, the gauzy watercolor portraits of the 1970s—books that defined my days and the days of the others who worked within this dark warren of offices. When my colleagues uttered the names on the spines of those books, their voices turned husky and reverential, for these were names of godlike status to the literarily inclined. F. Scott Fitzgerald, Dylan Thomas, William Faulkner. But this was, and is, a literary agency, which means those names on the spines represented something else, something else that leads people to speak in hushed voices, something that I’d previously thought had absolutely nothing to do with books and literature: money.

On my first day at the Agency, I dressed carefully in clothing that struck me as suitable for work in an office: a short wool skirt, in Black Watch plaid, and a dark green turtleneck sweater with a zipper up the back, from the 1960s, purchased in a London thrift shop. On my legs, thick black tights. On my feet, black suede loafers of Italian provenance, purchased for me by my mother, who believed “good shoes” a necessity, not a luxury. I had never worked in an office before, but I had acted—as a child, in college, after—and I regarded this outfit as a costume. My role being the Bright Young Assistant. The Girl Friday.

I paid, perhaps, too much attention to my dress, because I knew almost nothing about the job that awaited me or the firm that had hired me. In fact, I still couldn’t quite believe that I had indeed been hired, it happened so quickly. Three months earlier, I had dropped out of graduate school—or finished my master’s, depending on how you looked at it—and flown home from London, arriving at my parents’ house in the suburbs with little more than an enormous box of books.
“I want to write my own poetry,” I told my college boyfriend, from the ancient pay phone in the hallway of my Hampstead dorm, “not analyze other people’s poetry.” I did not tell my parents this. I did not tell them anything other than that I felt lonely in London. And they, in keeping with our family’s code of silence, asked me nothing about my plans. Instead, my mother took me shopping: at Lord & Taylor, she selected a suit, wool gabardine trimmed in velvet, with a pencil skirt and a fitted vest, like something Katharine Hepburn wore in
Adam’s Rib
, and a pair of suede court shoes. The hope, I realized—as the in-house tailor pinned up my sleeves—was that the suit would be a conduit to some sort of acceptable employment.

A week before Christmas, my friend Celeste brought me along to a party, where an old friend of hers spoke laconically of her job at the science-fiction imprint of a large trade publisher. “How did you end up there?” I asked, less because I wanted the mechanicals of the hiring process and more because it struck me as strange that an English major, with an interest in serious fiction, would have taken such a job. By way of an answer, Celeste’s friend pressed a business card in my hand. “This is a placement agency,” she told me. “All the editors use them to find assistants. Give them a call.” The next morning, I hesitantly dialed the number. Publishing had not been part of my plan—though, of course, I didn’t have a plan—but the concept of fate appealed to me, a predilection that would get me into trouble soon enough, that it would take me years to shake, and I took it as a sign that I’d happened to get stuck in a corner with Celeste’s friend, the two of us quiet and ill at ease within the raucous party. “Can you come in this afternoon?” I was asked by the woman who answered the phone, her accent not exactly English but containing notes of competent Englishness.

Seven Wicked Nights by Courtney Milan
Come Sunday: A Novel by Isla Morley
An Independent Miss by Becca St. John
Walkers by Graham Masterton
All Jacked Up by Penny McCall
The Contract by Derek Jeter, Paul Mantell
What Happened on Fox Street by Tricia Springstubb
Brighton Rock by Graham Greene
Board Stiff: A Dead-End Job Mystery by Viets, Elaine
Turn It On: Turner Twins, Book 1 by Vivian Arend
Our partner