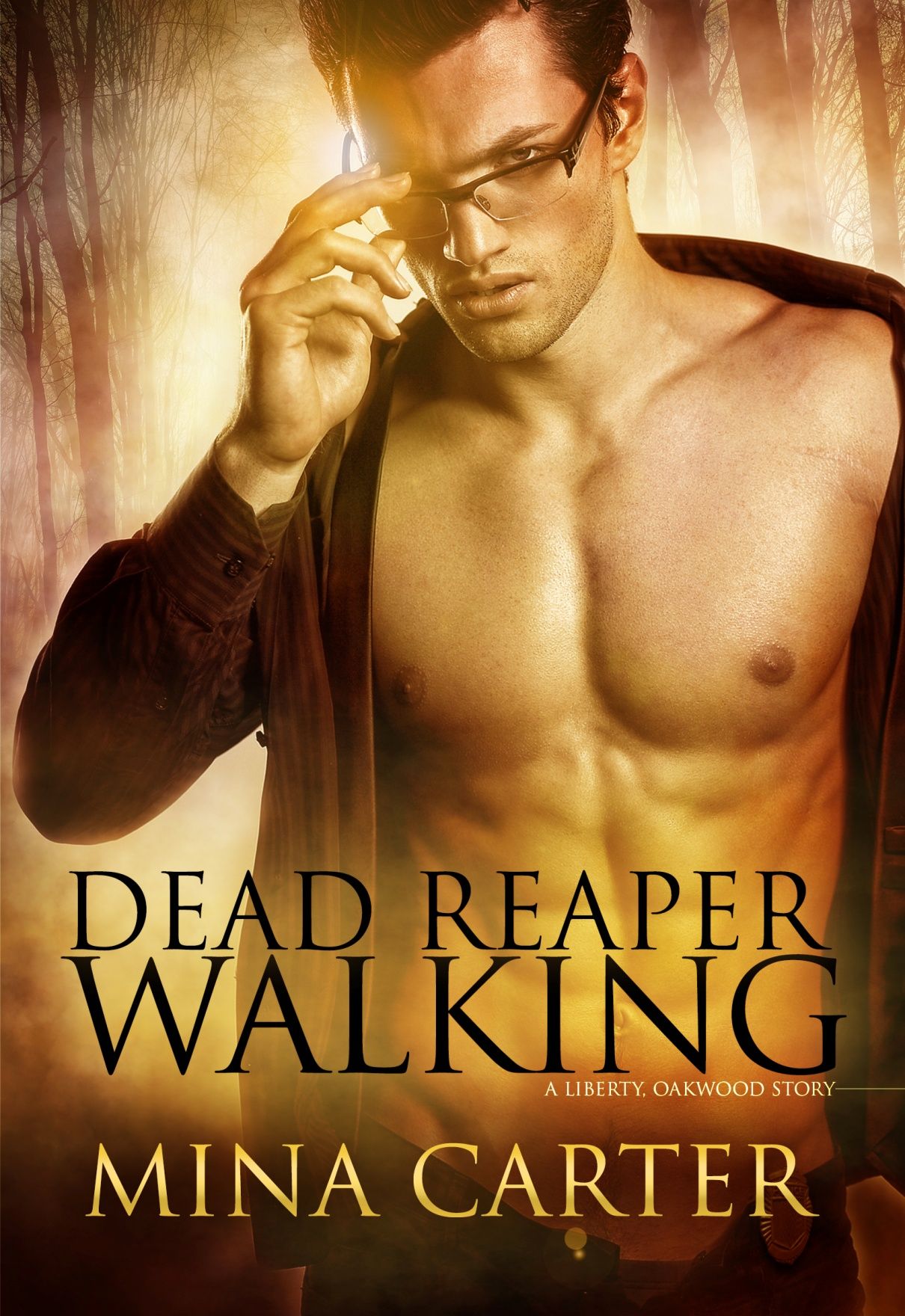 If you liked this story, you might also enjoy: 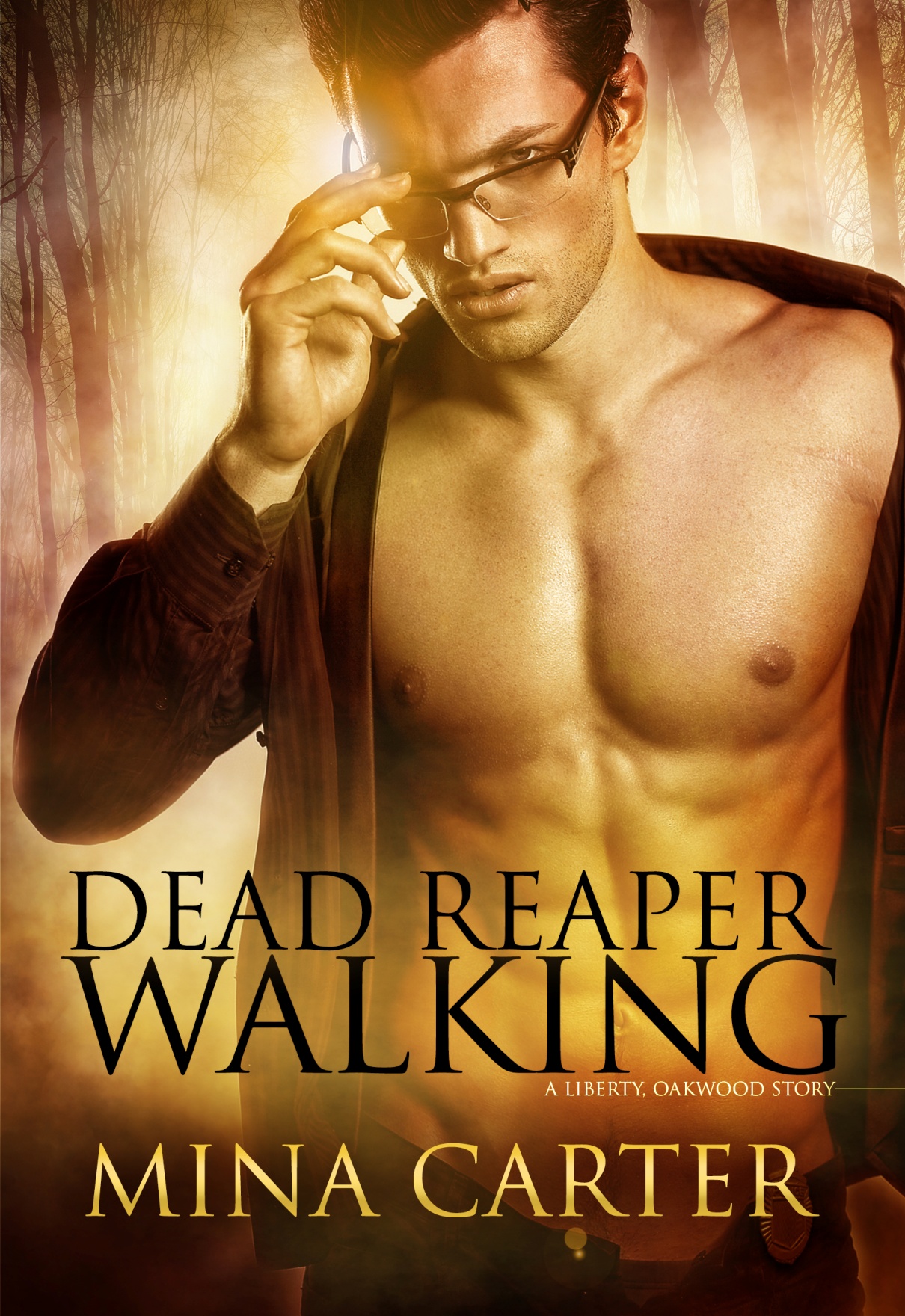 ALL RIGHTS RESERVED
.
No part of this book may be used or reproduced in any manner whatsoever without written permission, except in the case of brief quotations embodied in critical articles and reviews.

Author's note: All characters depicted in this work of fiction are 18 years of age or older

Liberty, Oakwood. A shitty little town in the ass-end of beyond. On first glance, there was absolutely nothing noteworthy about the place, apart from the fact it had a higher percentage of paranormals than any town I’d seen in years. Not normally a problem. Most of the paranormal persuasion kept to themselves and tried to avoid the notice of people like me.

You see, I look human. I walk and talk human, but I’m not, not really.

Let me introduce myself.

My name is Laney Larson, and I’m a reaper.

Yeah, you heard that right. Forget the boney old dude in the robes with the scythe, he’s not been around since the Middle Ages. At least. I’m his great-great-add-a-few-more-greats-grand-daughter. Or something.

Whatever, like every reaper out there, I carry a piece of him, my Grimm, within me. It’s what gives reapers their abilities and lets us see things others can’t. Like the lifelines of every living creature. It’s like some fancy sci-fi heads-up display, but I don’t get anything as useful as the time blinking in the corner of my eye. Instead, I get active lines, like a pyrotechnic ‘to do’ list that never ends. Once one ‘goes active,’ I track it down and separate the soul from the body for its onward journey. Kinda like a final destination air hostess.

But without the snazzy uniform, and more attitude.

Reaping these days is modernized…to a degree. Most of us still use bladed weapons, I use sickles to cut the soul from the body, but we get assignments via email from the head office. My department is Violent Deaths. Violent, human deaths.

Then I’d stopped off at Oakwood and the shit hit the fan. Not only was I attacked by a werewolf in an alley (and believe me, only the dumbest fucking werewolf would
ever
tangle with a reaper willingly), but I was ‘saved’ by one sexy-ass cop by the name of Troy Regan. A guilty pleasure I really shouldn’t have allowed myself, but
dayum
last night had been one hell of a ride.

The werewolf breaking into his house during the night had been a bit of a downer, but not as much as my hot lover’s insistence on calling the damn cops after I’d killed it. Which made sense, he was a cop after all. But when your working life tended to include the presence of bodies on a regular basis, often just after the point of death, avoiding the cops was more than a smart move, it was a necessity.

Needless to say, I split before the boys in blue arrived. Yeah, yeah…I know Troy’s a cop and the old boys’ network would listen to what he said. Old habits die hard, though.

In the darkness of night, I felt more at home, despite the fact all my spidey-senses were telling me something weird as fuck was going on in this town. The last time I’d seen paranormals move into a location en-masse like Troy had reported, a hellgate had re-activated.

I kicked a pebble by my boot and watched it roll away across the asphalt. It couldn’t be a hellgate. They were all mapped and the nearest one was a good eight hour drive away. At least.

Whatever was happening here, I felt more like myself this morning. Especially when my bike had been waiting for me, and the Grimm had come back ‘online’ so to speak. I’d expected orders to high-tail it out of town, but instead…nothing. No new timelines popped up in the corner of my vision and the Grimm was uncharacteristically quiet. No grumbles about my night off, if you could call a span of six hours a night off. The thing usually pitched a bitch-fit about my need to sleep, so this was weird, to put it mildly.

I’d managed to get a couple hours of shut-eye at a motel on the edge of town after leaving Troy with the dead Were. Even managed to snag a breakfast and enough coffee to sink a battleship before four silver lines went supernova in the corner of my eye.

When I arrived at the scene—a typical road traffic accident involving speed and the stupidity of younger, male drivers—one of the passengers, a girl who looked all of twelve but dressed like an off-duty pole-dancer, clung precariously to life. Just. Poor thing. No one with that much blood outside of their veins could be described with long-term, or even medium-term survival prospects.

The state she’d been in meant her blood-thickened gurgles were incomprehensible, but I could hear things not in the mortal realm. In the Shade—the area between life and death reserved for the recently deceased and people like me who could enter it at will— her soul cried in pain for her mother. I couldn’t help with that, my duties didn’t involve next of kin notification, but stepping between the worlds, I gave her peace by pulling a sickle from its sheath at the small of my back and cutting her lifeline so she didn’t suffer anymore. So it was a little before her time, sue me. I’m not that much of a bitch that I can watch someone writhe and die in pain.

A normal reap, I shouldn’t have stuck around, but the little voice in the back of my head pointed out that in a small town like Liberty, cops were cops. Which meant no traffic cop cliques, but people like Troy heading out to things like this.

And bingo, I was right. Uniformed officers arrived first, and worked out that they were dealing with the dearly departed. Wreathed safely in the Shade, they didn’t notice me so I stuck around.

I deal with humanity on a daily basis, but when people meet me…well, those are special circumstances. People don’t ever respond the way they normally would when under stress, and let’s be honest, knowing you’re going to die is about as much stress as you can get.

Watching people, human people, not those about to die, fascinates me. I’ve been a reaper most of my adult life, so I’ve never been around normal people much nor had what you could call a regular job. My expenses are paid by the ‘head office’ and cash appears in my bank account on a regular basis. I’ve never once had my credit card declined, but then I don’t abuse it like some reapers I’ve met.

I buy what I need to do my job. That doesn’t involve designer clothing or jewelry. What would be the point? I often end up covered in blood, and sparkly things…well, they’re just not my kettle of fish.

Normal people though, they were
weird.
Give them an accident, like the one laid out in front of me and what do they do? If they’re in a vehicle, they slow down to get a good look. Or they stand and watch. I mean, come on…tell me the point in that? It’s not like the dead make good entertainment. They’re dead, as in devoid of life, movement, and pretty much everything else. Elvis has very much left the building, people. What do you expect them to do? Get up and dance a damn jig?

But the living can’t keep away. It’s like some sort of sick fascination with death, and since most of them run like fuck when they meet me for real, it makes no frigging sense whatsoever. But then, I’m the one watching them watching dead people, so who’s the real idiot here?

Shaking my head, I turned to leave when the main attraction showed up: Troy and his partner in an unmarked car. My steps slowed and I tucked myself into the crowd to watch without being seen.

After such a hot date, he should have been on cloud nine, but he was less than a happy camper. Not because of the boggarts or banshees his usual work day consisted of recently, but because his date last night absconded before the other police arrived, leaving him with a human-looking werewolf body to explain. Because, of course, the fucker didn’t have the courtesy to retain his furry form and make things easier to explain. This being Liberty though, and it being after midnight at that time, all he’d received were a few comments as the night shift bagged the body to haul it away.

That on its own shouldn’t have surprised him. After all, for the past year things in Liberty had been going seriously downhill. Not the usual sort of downhill either, like gangs moving in, or motorcycle clubs making a nuisance of themselves. You know, the normal, every-day sort of shit most small town police departments deal with.

No, Liberty’s got fricken’ banshees in basements, and boggarts fucking in the library. Literally. Betty, the librarian, would never be the same again. Not after the things she’d seen. Hell, even some of the uniformed police at the scene needed serious eye-bleach. Troy shivered. He was so glad that hadn’t been one of his calls.

“So what we got this morning?” He stopped when his partner, John, walked out the building’s front door. Troy held back a sigh. Sometimes he didn’t manage to get his ass in the chair before they were called out. It was the reason he carried two coffees from the shop down the street, safe in their disposable mugs. Grab and go was standard operating procedure.

“Car crash on the north road outta town.” Without a break in his stride John snagged his coffee, cracking the lid and inhaling the steam like a junkie with his first fix of the day.

Troy knew how he felt. The day had just begun but already felt a thousand years long. At least. He managed a gulp of hot coffee before they hit the steps to the parking lot. “Dispatch just called, looks like we got a couple of fatalities.”

“Great, just what I need first thing in the morning.” Troy sighed, opened the door, and slid into the driver’s seat without jostling the liquid in his mug. When pushed, he could drive, drink coffee and answer his cell…a highly coveted skill in the department, provided no one told the captain. Reilly could be really cool, but with a hush-hush background in the military no one in the department was supposed to know about, he could scare the crap out of a guy with a look.

“Yeah, tell me about it,” John mumbled, his nose deep in his mug as he sucked the java down.